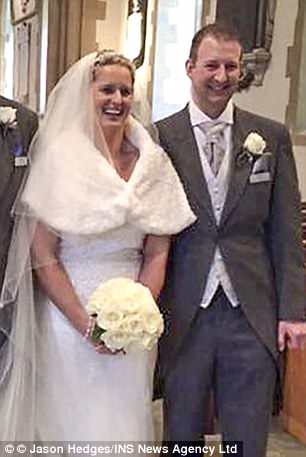 Samantha Dixon, the wife of PC James Dixon, found out her husband had died when she saw a message on her police computer

The wife of a famous policeman who tragically died in a road accident learned of his death through a police computer, she has revealed.

PC James ‘Dixie’ Dixon, who was well known from the TV show Road Wars, was killed instantly when the motorcycle he was riding hit a car in Wargrave, Berkshire in December last year.

His wife, Samantha Dixon, who is also a police officer, was heavily pregnant at the time of his death and has since given birth to their son, Parker.

The 35-year-old has now spoken of how she read a message on the computer system at the police force where she and her husband worked. It stated her husband was ‘going to die or was dead’.

She told the BBC of her disbelief, saying: ‘I thought, “no, it won’t be him, he’s invincible”, because you always think that they are.’

Mr Dixon’s death caused a huge outpouring emotion among fans of the TV show he starred in and grieving colleagues, who described him as ‘really, really good bloke’ and a ‘really fine officer who was great with everyone’. 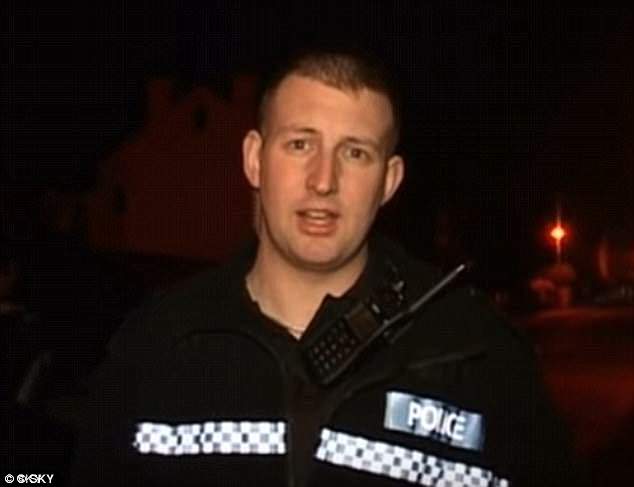 PC James Dixon, who was known as ‘Dixie’ by friends and on the Sky show Road Wars, was killed in a collision while on duty

His wife – a family liason officer who helps victims of crime and road accidents deal with their loss – had to cope with the grief in the last weeks of her pregnancy.

She gave birth to baby Parker earlier this year, amid a wave of support from her late husband’s colleagues and fans. 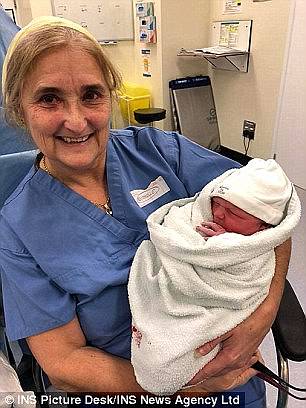 Speaking of her son, she added: ‘I can tell him until the cows come home how amazing his dad was, but he really would have to meet him to truly believe it.

‘But he’s got so many aunties and uncles who will tell him exactly how his dad was, so I don’t think he’ll miss out too much.’

PC Dixon, who was based at Lodden Valley police station, died in a collision with a car carrying 91-year-old great-grandmother Gladys Goodwin on the busy A4 road at Hare Hatch. Mrs Goodwin also died in the crash.

Since her husband’s death. Mrs Dixon had signed and promoted a change.org petition appealing for the Government to include a section in the drivers theory test on how drivers can watch out for bikes.

With many of her friends and family signing the petition she wrote: ‘My husband was killed on his motorbike in Dec 2017 as the car driver pulled across him having “not seen him”.’

The Monkees' Theme Song Was Inspired by This Classic Hit