The suburbs may be known as Mickleham or Donnybrook but the housing estates have other names: Cloverton, Merrifield, Platform.

And when you get to this part of Melbourne, the billboards standing in the empty paddocks spruik all sorts of benefits. 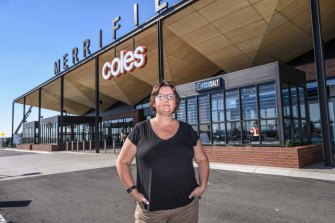 Mickleham resident Susan Grant is against a quarantine facility in her area.Credit:Joe Armao

Less than 50 kilometres from the city! Close to major transport infrastructure! Lots of open space!

All big ticks for accommodation for possibly infectious travellers returning from overseas and needing to be sequestered somewhere safe. But the state government’s announcement of its preferred site for an alternative quarantine facility was like another one of those giant hoardings next to the Hume Highway.

The proposed 500-bed quarantine facility in Mickleham is currently just another windswept block in Melbourne’s northern growth corridor and could remain that way for some time.

Like the nearby house and land packages, the plan depends on finance. But rather than the banks, it’s the federal government that needs to come to the party. 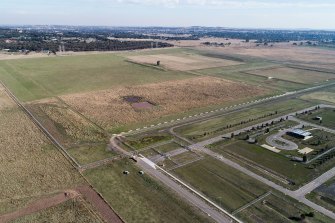 The empty paddock where the Victorian government wants to build a quarantine facility.Credit:Joe Armao

As if the Commonwealth were buying a townhouse off the plan, the state government’s brochure for its proposed facility included snazzy renders depicting rooms with big-screen TVs and people sitting on balconies.

The state government is kicking in $15 million for planning. The Commonwealth is being asked to pay the rest, at least $200 million. The actual decision on whether to build it will not be announced until September.

Next door is the quarantine facility for pets, an enclosure surrounded by barbed-wire fences where cats, dogs, horses, birds and bees are brought when entering the country.

Further up Donnybrook Road is the new Merrifield shopping centre, one of the few in the area. Residents and business owners there who spoke on Thursday said they are concerned about the potential risks of having a quarantine facility on their doorstep. 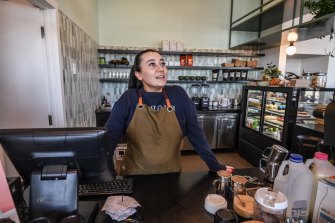 Raif Jello, owner of Zet and Zaatar Bakery, made his objections clear: “It’s too close to us”.

Any mistake could affect anyone else, he said.

”It’s a good thing that they’re trying to help other people, but I’m one of those people who would be scared,” Mr Jello said.

Chris Razos lives close enough to the pet quarantine facility that he can “hear the dogs barking at night”.

“We’re pretty much Melbourne, it’s the middle of suburbia. Thirty-thousand houses have been built here in the last few years. Having all that sort of stuff being put on a busy area, it doesn’t work.”