Mother-of-one, 34, was rushed to hospital and put in a two-week coma as she battled coronavirus a day after being told by a 111 operator she was ‘having a panic attack’

A mother-of-one with coronavirus, who ended up being placed in coma, said she was initially told by 111 that her breathing difficulties were caused by a panic attack.

Sarah Wood, 34, from Darlington, County Durham, and her fiancé Chris called 111 after she became short of breath and said they were told her breathing difficulties were probably caused by anxiety.

Ms Wood was hospitalised a day later, tested positive for coronavirus, spent two weeks in a coma, and ended up undergoing a tracheostomy, a procedure where an opening is created at the front of the neck so a tube can be inserted into the windpipe. 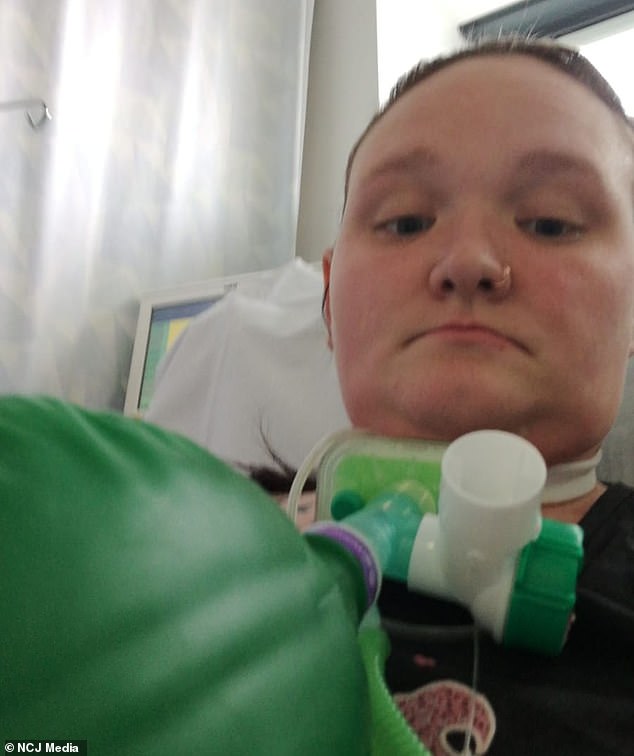 Sarah Wood, 34, from Darlington, County Durham, called 111 after she became short of breath and said she was told her breathing difficulties were probably caused by anxiety

‘The ambulance driver phoned and did an assessment over the phone and said it was likely a panic attack,’ Sarah told The Sun. ‘It was because I couldn’t catch my breath – but that was because of coronavirus.’

Her fiancé Chris added. ‘We called 111 and told them Sarah’s symptoms a number of times. We called them Tuesday, Thursday and Friday.

‘On Friday she was admitted to hospital and the 111 operator called for an emergency ambulance.

‘But on the Thursday they advised it was a panic attack.’ 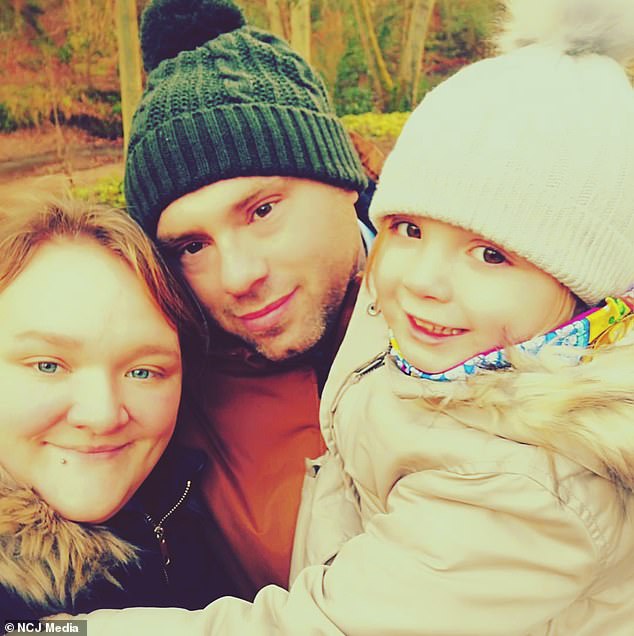 The day after Ms Wood said she was told she was having a panic attack, she was admitted to hospital. (Ms Wood pictured with her fiance Chris and daughter Amber)

A spokesperson for The North East Ambulance Service said: ‘This case is currently under investigation and it would be inappropriate to comment at this time. Any findings will be reported back directly to the patient.’

Ms Wood had been experiencing symptoms at home including a cough, severe headaches and breathing problems.

On March 27 her condition deteriorated drastically and she started to become unresponsive with chronic sickness and was gasping for air.

After being admitted to Darlington Memorial Hospital, she was x-rayed and tested positive for coronavirus and doctors discovered her lungs had become infected. 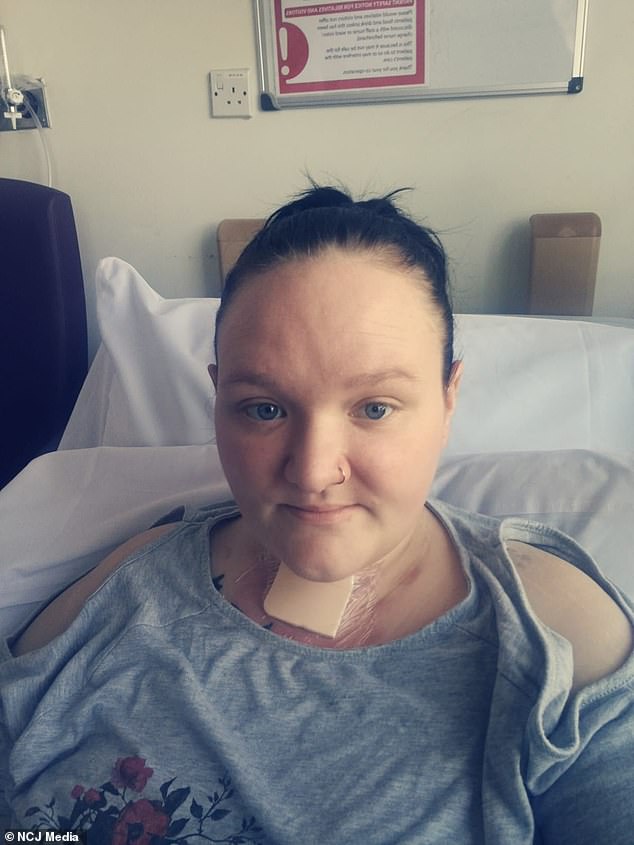 Doctors ended up carrying out a tracheostomy so Ms Wood (pictured) could breathe on her own, which ended up being a success

She was then ventilated and put in a coma.

Ms Wood stayed in the medically-induced coma for almost two weeks and her fiancé was told to prepare for the worst.

Doctors ended up carrying out a tracheostomy so Ms Wood could breathe on her own, which ended up being a success. 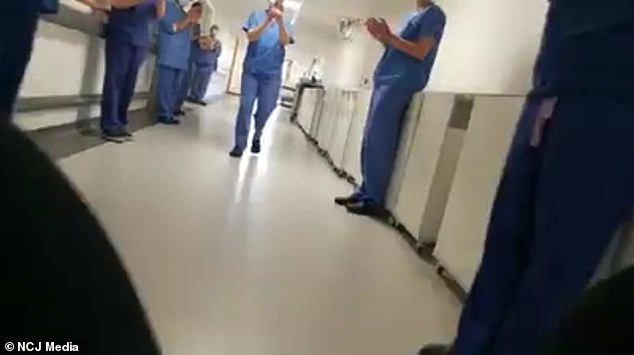 Ms Wood’s condition has continued to improve and has now had the tracheostomy taken out of her throat.

After leaving intensive care she was videoed as she was given a standing ovation and applauded by NHS staff, who she’s praised for their fantastic work, on the way to a respiratory ward to continue her recovery.

Yesterday the UK announced 861 more deaths from coronavirus, taking the total number of victims to 13,729.

With No Sports Due to Coronavirus, Bovada Customers Are Wagering Heavy on 'Westworld' Season 3 (Exclusive)

Coronavirus: All publicly funded schools in Ontario closing for 2 weeks due to COVID-19