‘Wonderful’ husband died, aged 65, from salmonella after eating duck eggs he bought at a country show

A heartbroken wife has revealed how her husband died from salmonella after eating duck eggs bought at a country show.

Cheryl Tavakoli, 60, paid tribute to her husband Niptoon who died in hospital aged 65, two months after falling ill with sickness and diarrhoea.

He had eaten duck eggs he bought from the Messingham Show in North Lincolnshire five days before he became ill.

Mr Tavakoli, who worked in the catering industry, bought six ducks eggs at the village fair on June 2 last year and later cooked and ate four of the eggs.

Five days later an ambulance was called to his home in Doncaster, South Yorkshire, but decided not to take Mr Tavakoli to hospital. 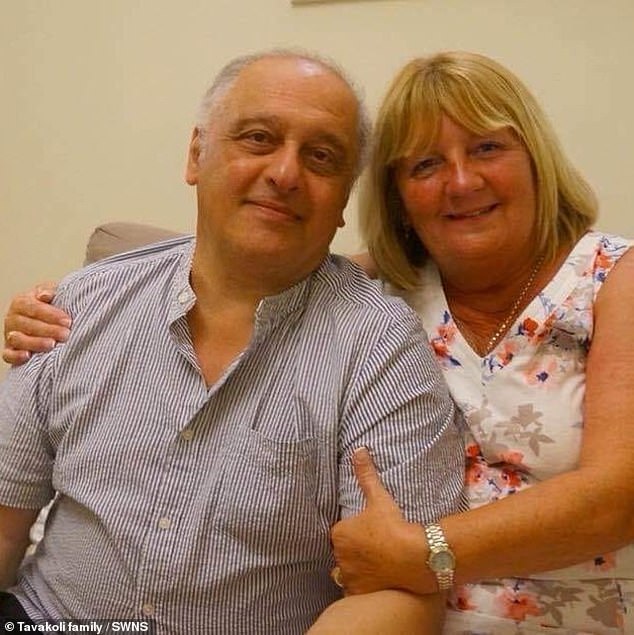 Cheryl Tavakoli, 60, paid tribute to her husband Niptoon (pictured together) who died in hospital aged 65, two months after falling ill with sickness and diarrhoea

On June 10 he was taken to Doncaster Royal Infirmary after paramedics were called again to his home and doctors found evidence of salmonella.

Mr Tavakoli was admitted to intensive care but his condition continued to deteriorate and he tragically died on August 12.

His heartbroken wife said it was ‘truly horrific’ to see him so poorly in the last weeks of his life.

She said: ‘Niptoon was the most wonderful, loving and caring husband and stepdad we could have wished for.

‘He was never happier than when spending time with his family or visiting antique centres and fairs.

‘Seeing him so poorly in the last few weeks of his life and being powerless to help him was truly horrific.

‘Niptoon has left a massive hole in all our lives and we miss him so much.

‘We had so many plans for the future still, but now he is no longer with us, these will only ever remain as plans.’ 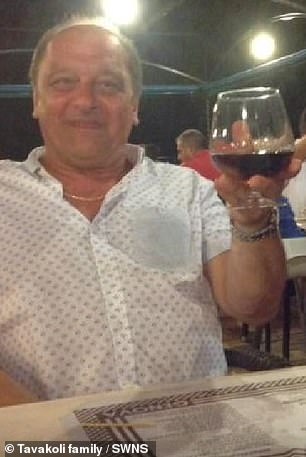 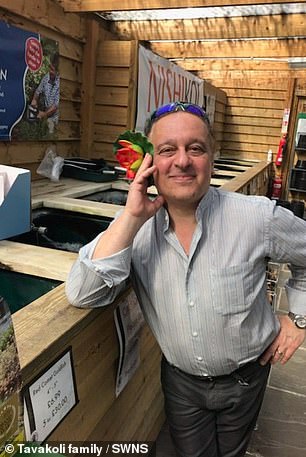 Mr Tavakoli, who worked in the catering industry, bought six ducks eggs at the village fair on June 2 last year and later cooked and ate four of the eggs. Five days later an ambulance was called to his home in Doncaster, South Yorkshire, but decided not to take Mr Tavakoli to hospital

Public Health England launched an investigation into Mr Tavakoli’s death and confirmed a second case of salmonella in the West Midlands with the same strain.

The source of the infection had not been traced, it said, and its investigation is continuing.

A pre-inquest review hearing is due to take place at Doncaster Coroner’s Court tomorrow which Mrs Tavakoli hopes will provide the family with ‘vital’ answers.

She added: ‘Niptoon was a very good cook and had worked in the catering industry for years.

‘It is difficult not to think that he was taken too soon.

‘Knowing that another person contracted salmonella also after eating duck eggs just adds to the concerns we have about Niptoon’s death.

‘We know that nothing can ever make up for what has happened but we need to know if more could have been done to prevent his death.

‘We know that the inquest process is going to be an emotional time but it is something we have to do to honour Niptoon’s memory.’

Following the death of the stepfather to Andrew and Paul, Mrs Tavakoli instructed lawyers at Irwin Mitchell to help investigate.

Tim Annett, partner and specialist group actions lawyer at the firm, said: ‘Niptoon was a much-loved husband and stepdad.

‘His death has had a profound effect on Cheryl and the rest of the family who remain devastated by their loss.

‘Salmonella can be extremely dangerous and can cause serious health problems. In the worst cases, such as this one, it can even lead to death.

‘Understandably Niptoon’s family has a number of concerns about the events that unfolded in the lead up to his death.

‘We are determined to provide the family with the vital answers it deserves and the start of the inquest process is major milestone in being able to do this.

‘We will continue to support the family throughout the process. If during the course of our investigations any issues are identified it is vital that lessons are learned.’

Garth Brooks’ Live Facebook Concert Had SO Many Viewers!

Virgin Media is down: Internet and service outage for UK customers on March 18