Windsor: A town in the country on the outskirts of London, Windsor is used to royalty, but in the 1000-year history of the British monarchy, it’s never experienced anything like this.

On Saturday, the town was transformed into one huge wedding venue. Bunting and Union Jack flags adorned the streets as more than 100,000 well wishers descended on the grounds around St George’s Chapel to catch a glimpse of their adored Prince Harry and his new bride, Meghan Markle. 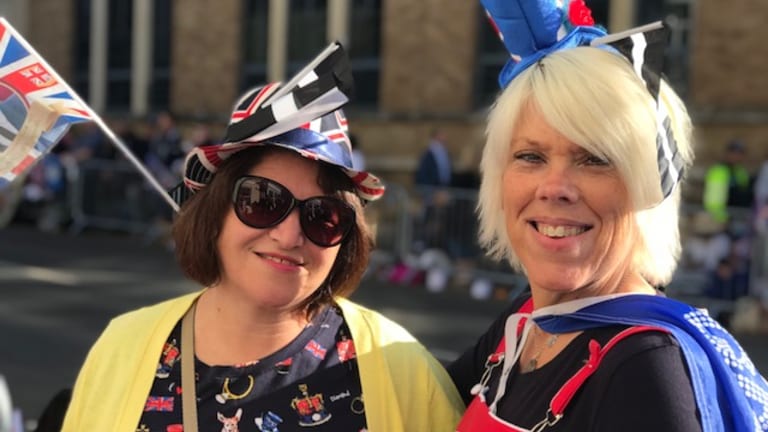 Natalie Farley and Rachael Axford of Cornwall said they believe the royal wedding will help the monarchy become more modern.

“I think it’s good for the royal family to have an American, it will make it a bit more modern and maybe change things for the better a little bit.”

The young royal couple, Harry aged 33 and Meghan, 36, attracted a young crowd, drawing many Americans whose flags flew side-by-side amidst a sea of Union Jack flags. 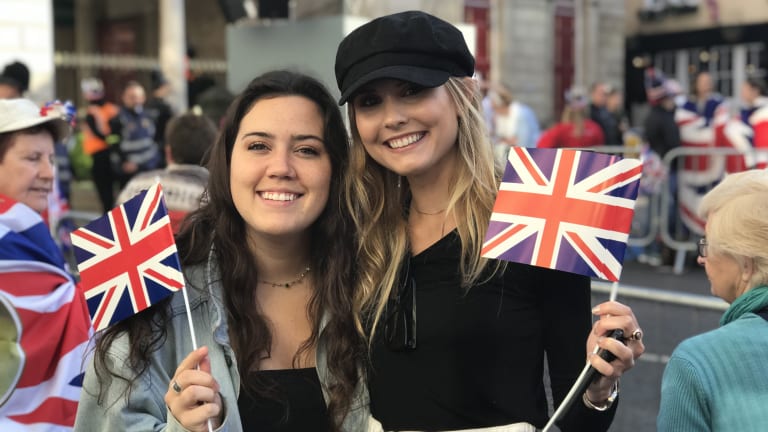 Sarah Waldman and Mary Claire Logue, 21, from the United States.

“Back home there is so much pride. I know so many people that wanted to come over here, everyone’s tuning in on the TV to see it.”

For others like African-American woman Sheryl Jones, who had camped out overnight to secure a spot along the procession route, the day meant much more.

“It’s not only about Meghan being from America, it’s the fact she’s bi-racial and represents people of colour and gives everybody hope and faith that love is love,” she said. 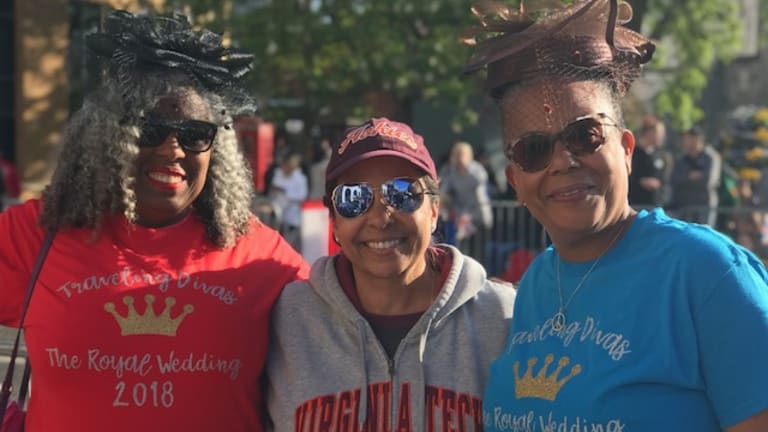 Lynda Carter, Sheryl Jones and Andrea Barr from America. The fact that Meghan Markle is bi-racial is crucial.

“Hopefully it will filter out because the world needs something nice right now.

“Everyone’s excited and happy and it’s just nice to be here.”

Camouflaged within the sea of red, blue and white, were hundreds of Australians who had also made the journey to mark the momentous occasion.

South Australian sisters Bev Prestwich, 51, and Michelle Kenchington, 49, secured themselves prime position along the royal procession route by arriving at 4.30am, Australian flags in tow. 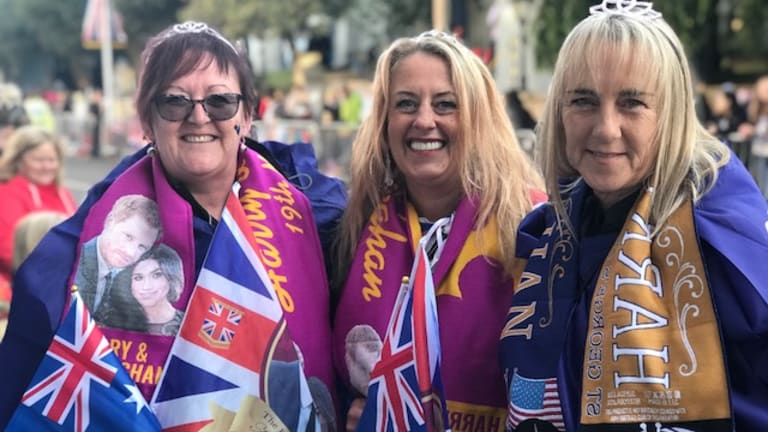 South Australian sisters Bev Prestwich and Michelle Kenchington with their English cousin Jane Aylward (centre) have been camping out since 4:30am.

“I love Prince Harry and Meghan, I think they are gorgeous.

As the crowd enjoyed a sunny spring day, the largest UK police presence since the London Olympics kept an eye on the proceedings. 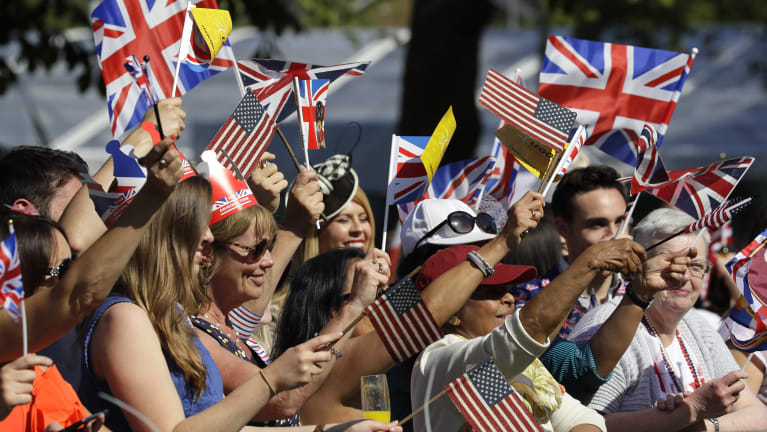 Well-wishers wave British and American flags prior to the wedding ceremony.

Journalists from around the globe lined the streets at every corner, while salespeople made the most of the crowds, selling Harry and Meghan themed scarves, hats and t-shirts to passers-by.

“How much?” Asked one lady after being offered a Harry and Meghan t-shirt. “£20,” replied the man.

She declined but it seems many had come pre-prepared, with Harry and Meghan-themed memorabilia at every turn.

The chapel where the couple will be married is the spiritual home of the Knights of the Order of the Garter, and the remains of 10 British sovereigns, including King George V and Queen Mary, King George VI and Queen Elizabeth (and the ashes of the Princess Margaret), are interred there.

For one couple, the Harry and Meghan memorabilia holds an unusual meaning.

Harry Brown, 22 and Megan Coull, 20, have been together for two years and live along the royal procession route.  They also happen to share the same names as the most watched couple in the world.

“It’s only when people started buying the merchandise and the flags and all the signage everywhere that everyone kept bringing up we have the same names,” Megan said.

“My little brother, who is four years old, had a royal wedding event at school and he said to his teacher, ‘Oh, we have a Megan and Harry!’”