The two superpowers were meeting at the Kremlin as both sought to agree a coherent geopolitical strategy. As Vladimir Putin and Xi Jinping showered praise on one another, talks over North Korea, Venezuela and Iran were held. And while the Trump administration is ramping up pressure on Tehran, both China and Russia have restated their support for the under-pressure state.

A joint statement read: “The parties emphasise the need to protect their mutually beneficial commercial and economic cooperation with Iran and firmly oppose the imposition of unilateral sanctions by any states under the pretence of their own national legislation.”

The assertion came amid a warning that Iran could have a nuclear weapon within six months.

Olli Heinonen, former deputy director general of the UN’s nuclear watchdog, claimed that Israel and the Gulf states have cause for concern. 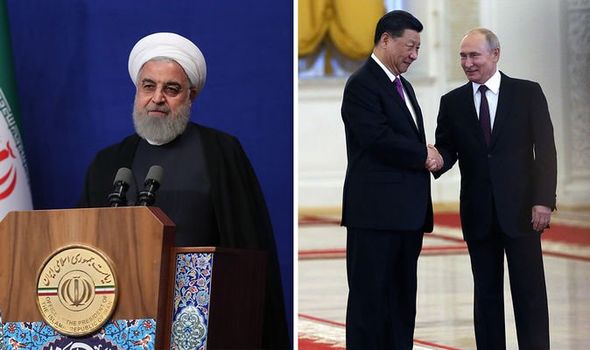 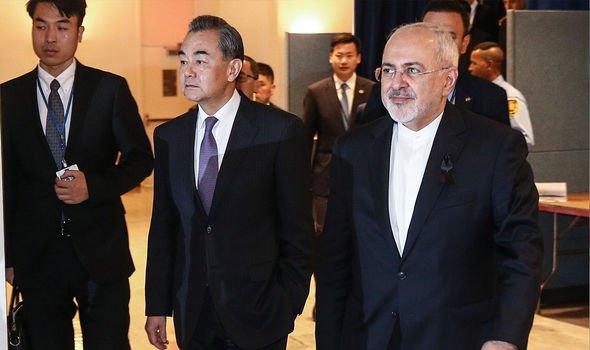 Tehran’s nuclear developments have recently ramped up after the US withdrew from the Joint Comprehensive Plan of Action last year.

Intended to ensure Iran was complying with peaceful nuclear development, the Trump administration instead took a hardline view and placed sanctions on the nation.

In response, President Rouhani said that Iran would not adhere to all aspects of the deal, further increasing tensions between the geopolitical rivals over the past month or so.

Mr Trump’s approach has drawn heavy criticism from many experts – including the former US energy secretary.

Ernest Moniz said: “The hard-won aspects of the agreement had unique transparency and verification regimes.

“That’s the real issue about confidence in no-nuclear weapons programme.

“If we lose that, we would have lost a very, very important tool.” 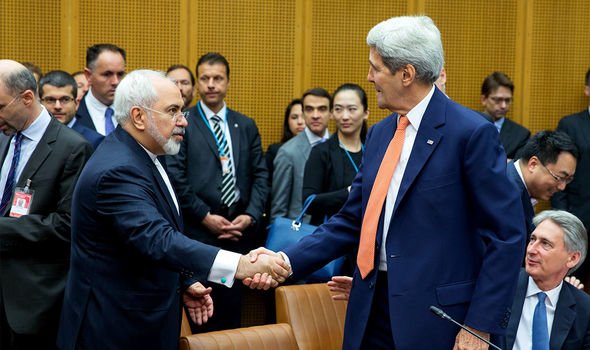 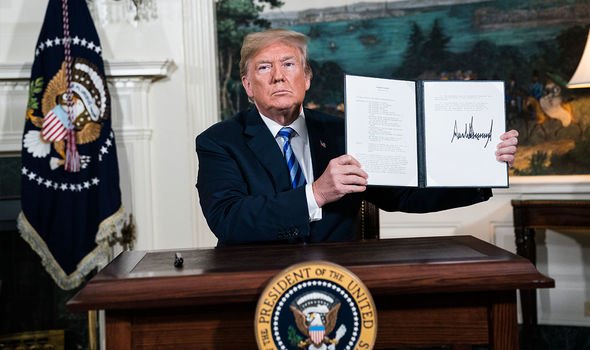 However, all is not lost when it comes to diplomacy.

Japanese Prime Minister Shinzo Abe is to visit Iran next week in a bid to ease tensions between Tehran and Washington – with Mr Trump’s blessing.

And after it was revealed that Russia’s top mobile phone operator MTS had signed a deal with Chinese technology giant Huawei to develop 5G technology around Russia, he appeared to have been validated. 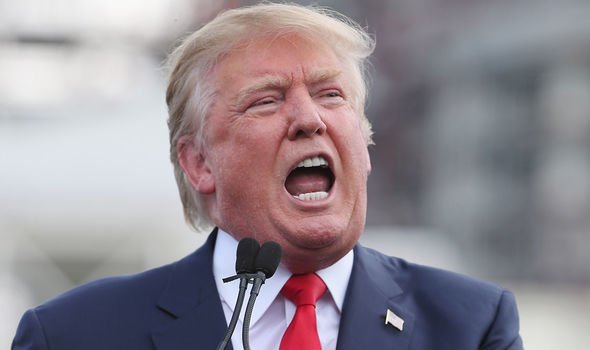 The deepening of ties between Moscow and Beijing is believed to be in response to United States pressure on both nations.

While Russia is being heavily sanctioned, Washington is currently involved in a ‘trade war’ with China as both countries are locked in economic battle.

So despite the infamous Sino-Soviet split that confirmed the severing of ties between the two former communist rivals last century, it seems the two nations are seeking to work together towards a common goal.

From e-sports player to team owner, it's game on for Singaporean Kelly Ong in a man's world

Claire Foy Is the Style Star to Watch