Fancy your very own Nazi bunker? World War Two strongpoint built by Germans on Jersey as part of Hitler’s Atlantic Wall is for sale for £200,000

Military history fans have a rare chance to buy a German World War II bunker put up by the Nazis in the British Isles.

The bunker was built in Jersey while the Germans occupied the Channel Islands and is sited on an area of sand dunes which are up for sale for £200,000.

Hitler fortified the Channel Islands as part of the ‘Atlantic Wall’ and more than 250 forts were constructed along with safety bunkers like this one. 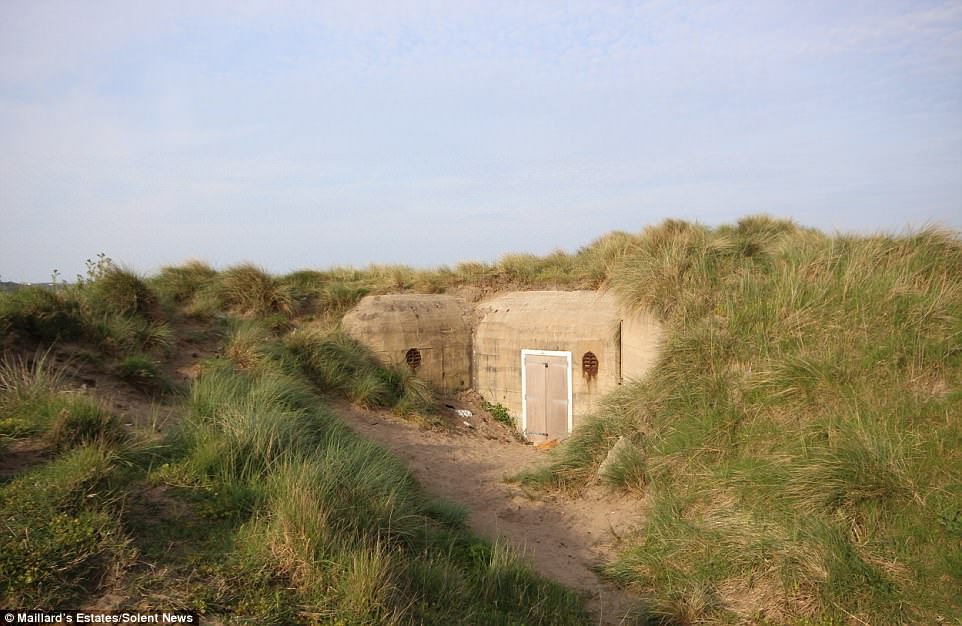 A bunker, pictured, that formed part of Hitler’s Atlantic Wall defence on Jersey has gone up for sale alongside around three acres of sand dunes for £200,000 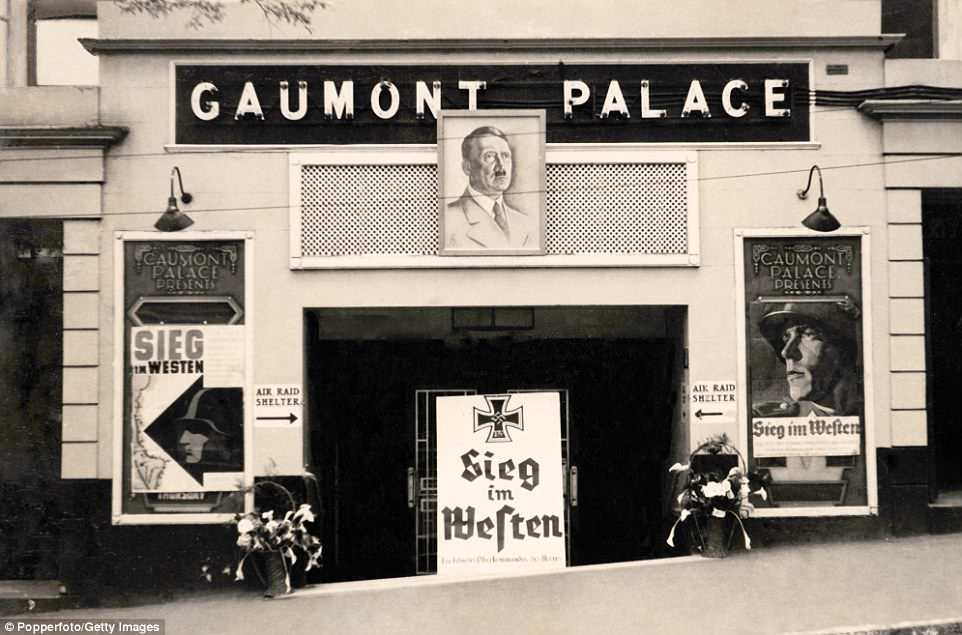 The bunker is a relic from the five years of Nazi occupation that Jersey endured, with buildings covered in Nazi propaganda during the time, such as the Gaumont Palace cinema, pictured 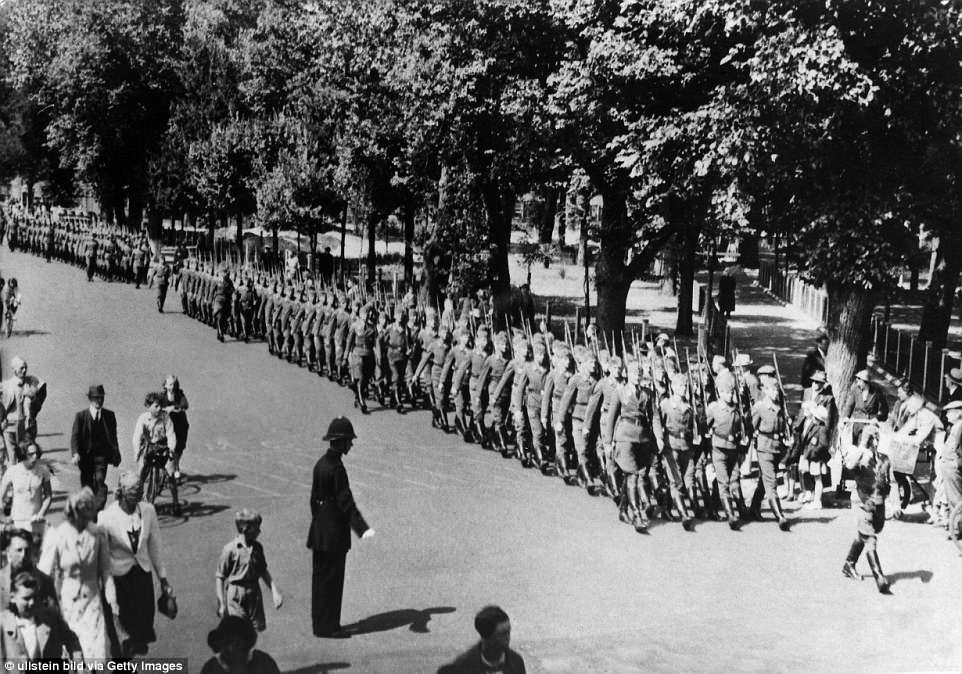 The island hosted a Nazi garrison who would march through the streets in parades, pictured, while residents went about their daily lives

There are two plots of sand dunes for sale, with the concrete bunker – a listed building – located on the northern site which measures around 11½ vergees – the equivalent of three acres.

The land has been owned by the same family since 1909 and is located on the channel island between Le Braye and El Tico beaches near La Ville des Quennevais.

The land at St Ouen’s Bay – a prime surfing location along the west coast of Jersey – is on the market with Maillard’s Estates.

Consultant Tommy A’Court, 67, said: ‘A local surfer opened up the bunker three years ago to clear it out and found the inside was very dry. 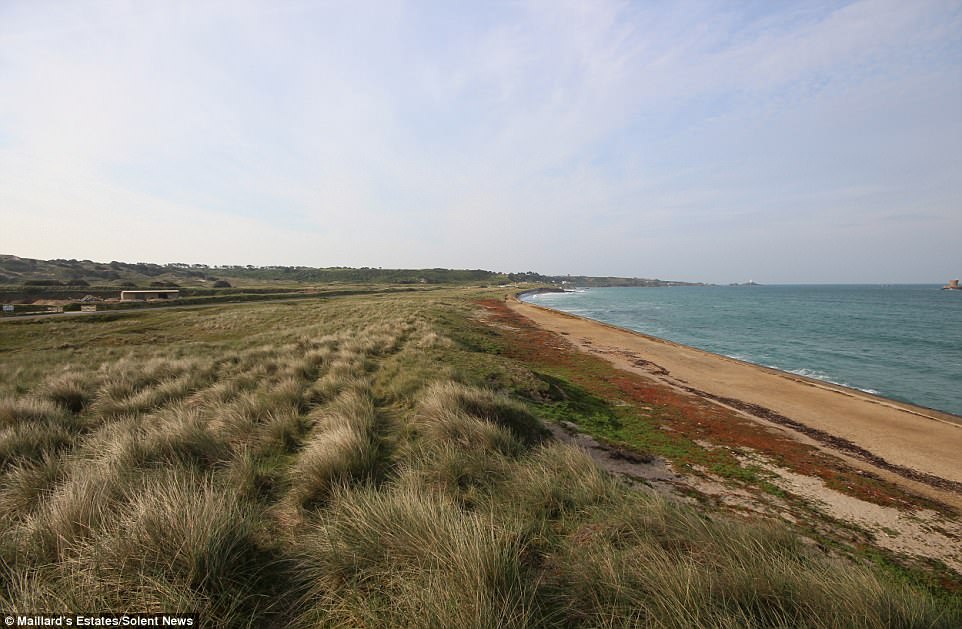 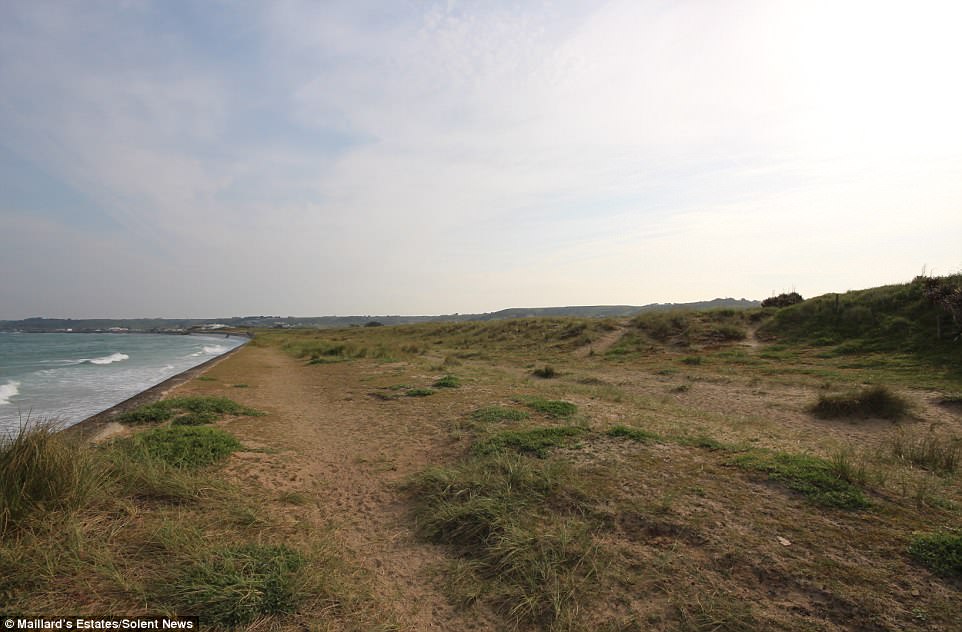 But the area, pictured, is subject to strict planning rules as it is part of the Coastal National Park where it is difficult to get permission for new developments

‘It has a big main room which I assume is where the soldiers used to sleep.

‘There is also an area where the gun turret was. There are some other small rooms around the bunker as well as an escape route.

‘I have been involved with this company since 1971 and I have never dealt with anything like this before.’

The area is restricted to strict planning rules as it is part of the Coastal National Park where there is a presumption against any form of new development. 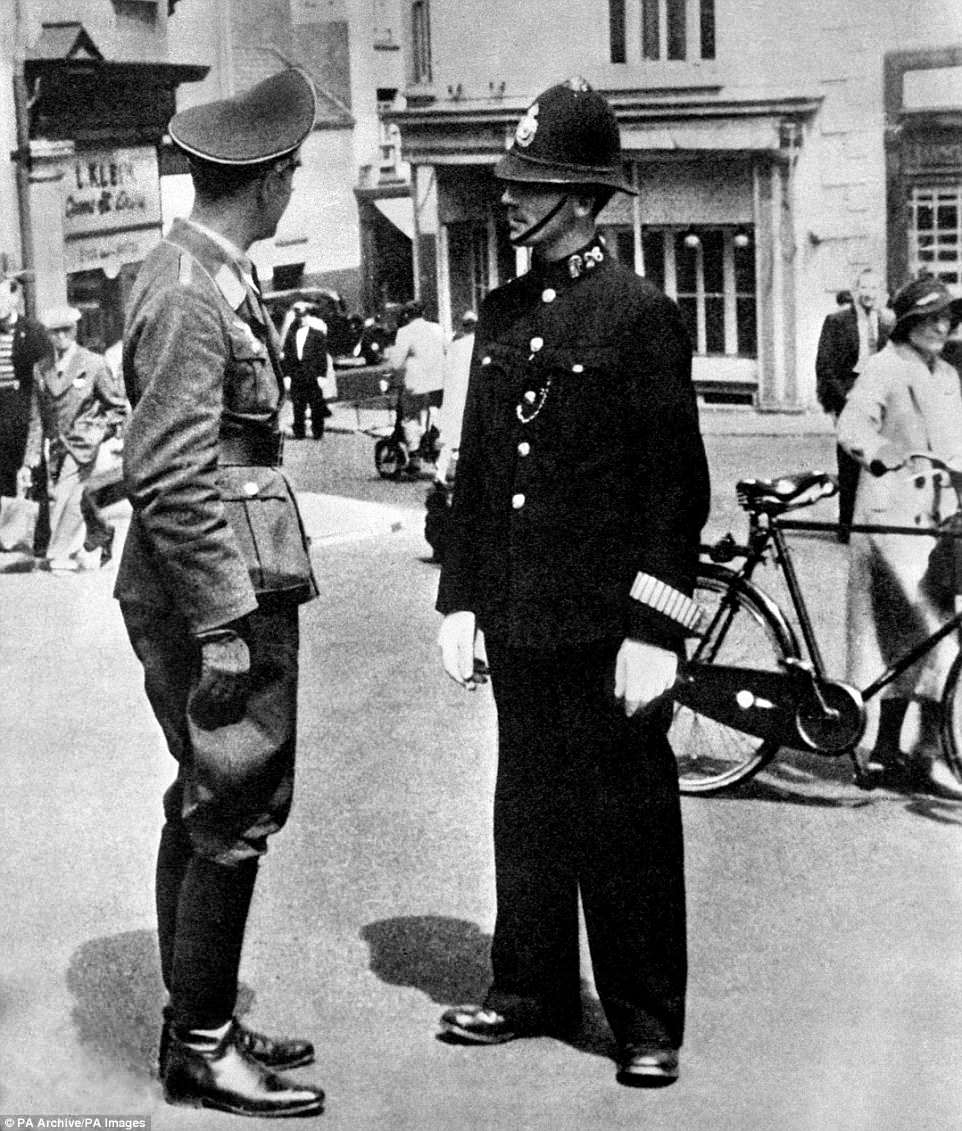 A policeman is pictured speaking with a Luftwaffe officer during the Nazi occupation. The Germans saw occupation of the Channel Islands as an important propaganda tool during the war

Before they invaded, the Nazis bombarded Jersey’s harbour before landing at its deserted airfield, not realising the island had been demilitarised on Churchill’s orders

Mr A’Court added: ‘Not a lot can be done to restore the site, but how many people can say that they own a German bunker?

‘It is just metres from the seawall so it is in a prime location. St Ouen’s bay is a very popular location for surfing and is very beautiful.

‘It has attracted a lot of interest already as there are two ‘for sale’ signs down on the site.’

THE CHANNEL ISLANDS OCCUPATION: THE ONLY PIECE OF BRITISH SOIL TO FALL UNDER NAZI RULE

The Channel Islands were the only part of British soil to be occupied by the Nazis during the Second World War after being captured by German forces on June 30, 1940.

Winston Churchill deemed the islands to be strategically useless during the early stages of the war when the Nazis were knocking on Britain’s doorstep after overrunning France.

He soon demilitarised the islands and they were taken by the Germans who saw their occupation as a useful propaganda tool.

The invasion begain on June 28, when the Germans – unaware the islands had been demilitarised – sent several crews of Luftwaffe bombers across the Channel to smash the harbours of Guernsey and Jersey.

The brief bombing campaign killed 44 people, before they landed at Guernsey’s deserted airfield and were informed the island had been demilitarised. Jersey and Alderney both surrended in the following days.

Remaining under German rule for the entirety of the war, the islands were not liberated until after the Nazis’ surrender.

On May 8, 1945, Churchill’s radio broadcast announcing the end of Second World War hostilities and the beginning of a ceasefire included the announcement that ‘our dead Channel Islands are also to be freed today’. The German occupiers surrendered without incident. 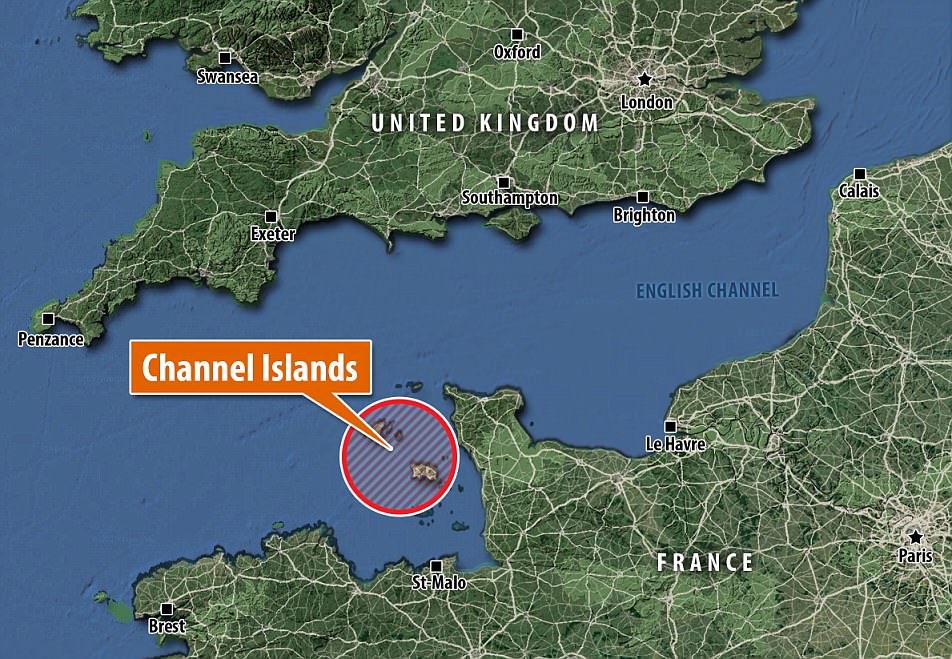 Jonah Hill Surpasses This Actor for Swearing The Most in Films!

NSFW: Feast Your Eyes on These Sexy '90s Rap Videos