The great-grandfather to 25, lived through both world wars, the 1918 flu pandemic, the rise and fall of the USSR and the creation of the Internet.

He died of a pancoast tumour despite having never smoked, according to a heartwarming statement released by his family.

The world’s oldest man is now 111-year-old Romanian Dumitru Comănescu, who will turn 112 on November 8, according to Guinness World Records. 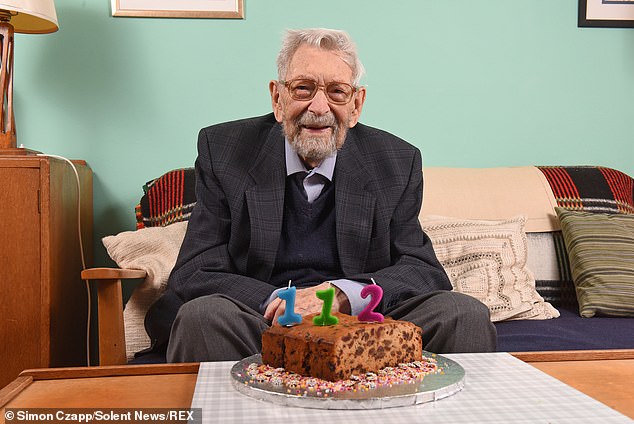 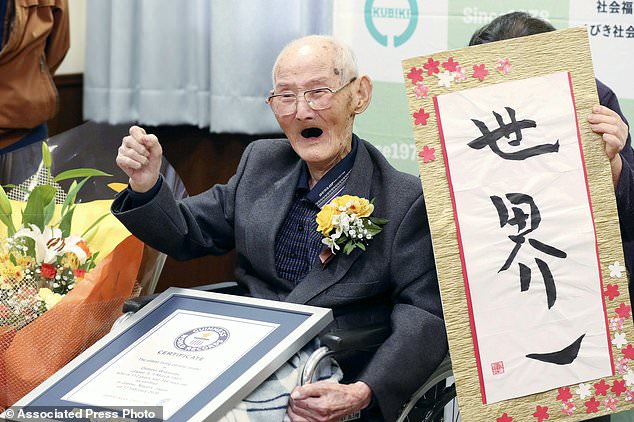 The world’s oldest man is now 111-year-old Romanian Dumitru Comănescu, who will turn 112 on November 8, according to Guinness World Records 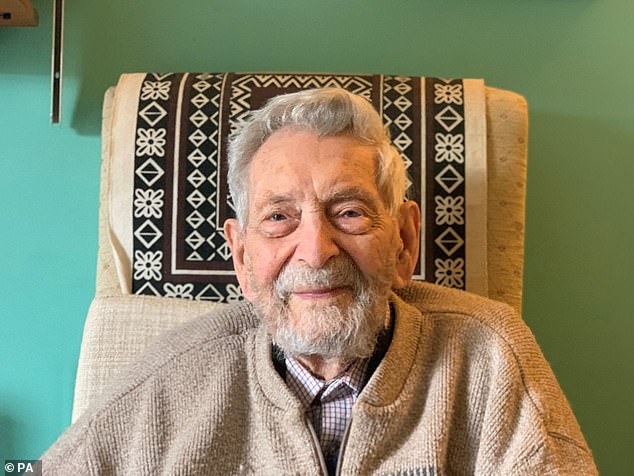 Mr Weighton died of a pancoast tumour despite having never smoked, according to a heartwarming statement released by his family

In a statement, his grandson Magnus described ‘our beloved Bob’ as a ‘witty, kind, knowledgeable, conversationalist father, grandfather and great grandfather’.

‘He died peacefully in his sleep, from cancer, on the morning of Thursday May 28, 2020, at his flat in Alton, Hampshire, where he lived independently.

‘We are so thankful for the time we have had with him – extended time. He’s always been a true gentleman, a very lovely, down to earth chap with no airs or graces.

‘He died from a pancoast tumour, yet he never smoked – not a chance!

‘Bob was an extraordinary man, and to the family that was not really because of the amazing age he reached. A role model to us all, he lived his life interested in and engaged with all kinds of people from across the world.

‘He viewed everyone as his brother or sister and believed in loving and accepting and caring for one another. He had many, many friendships and read and talked politics, theology, ecology and more right up until his death.

‘He also cared greatly for the environment. The second bedroom in his flat was a workshop, filled with furniture, windmills and puzzles he made and sold in aid of charity, often from bits of wood pulled from skips.’ 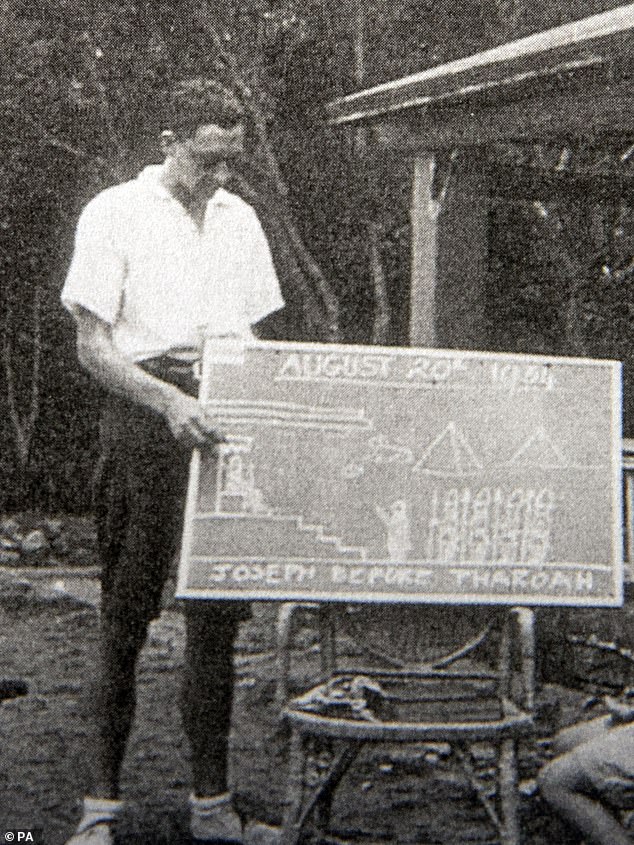 Mr Weighton, pictured here in 1934, was a teacher before his retirement 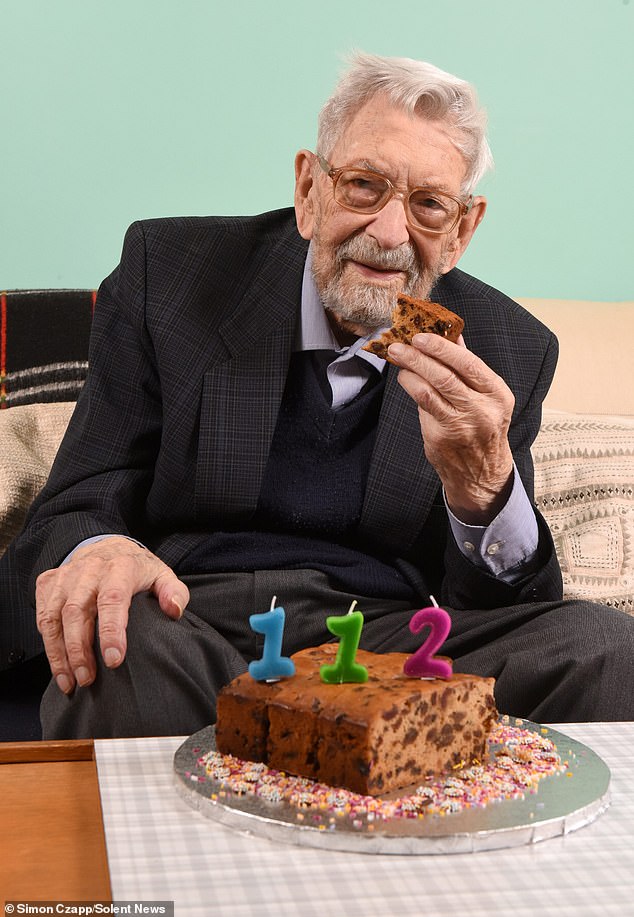 Mr Weighton, pictured, lived independently until his death according to his family

The statement added: ‘We are so grateful that until the very end Bob remained our witty, kind, knowledgeable, conversationalist father, grandfather and great grandfather, and we will miss him greatly.’

When Mr Weighton, a former teacher and engineer, became the world’s oldest man, he said at the time that he was ‘taken aback’.

Speaking to Good Morning Britain in March, the super-centenarian – someone aged 110 plus – said he was happy celebrating the anniversary in lockdown.

Despite making it 12 birthdays past 100, Mr Weighton only had one card of the Queen – who sends one every year – on display on his bookshelf.

When asked where the other were, Mr Weighton said he asked Her Majesty to stop sending them.

He told the Mail: ‘Because it would be a waste of taxpayers’ money and she’s got enough on her plate with Harry and . . . what’s she called? And also I don’t need a load of cards cluttering the place up.’ 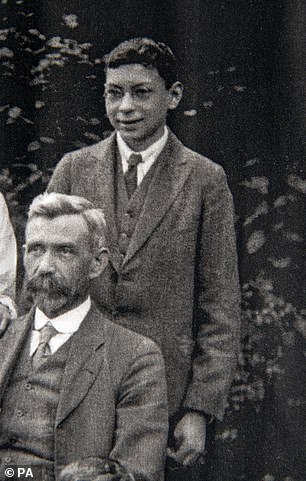 Mr Weighton, pictured as a boy, said he had never intended becoming this old and said he has no secret to his longevity

When asked which moment he would recreate if he could, Mr Weighton said: ‘Meeting my wife, I don’t know what kind of life I would have lived without her.

The pair met at university, while preparing to travel abroad to volunteer in foreign countries, and insisted it was ‘true love’ that ‘stood the test of time’.

Mr Weighton said: ‘She was destined for Ghana in Africa. I volunteered to go to Taiwan so we were miles apart and months of not having communication, letters took six or eight weeks.

‘It was true love and it stood the test of time. After four years of separation and not seeing one another, we still got married and look back with great pleasure and rejoice.’

Mr Weighton, who died in his flat today, was born in Kingston-upon-Hull, Yorkshire on March 29, 1908.

When he was 10, Mr Weighton lived through the ‘Spanish flu’ pandemic of 1918, which claimed the lives of between 50 million and 100 million people.

He said: ‘I only read about it in history books when I got older.

‘Actually I wasn’t aware there was a Spanish flu around, because none of my brothers and sisters or people I knew were affected.

‘I am sure they were, but a child’s world is not an adult’s world, a child doesn’t read the newspapers and there was no radio in those days. So you didn’t get news in the sense you get it thrown at you in all directions nowadays.’ 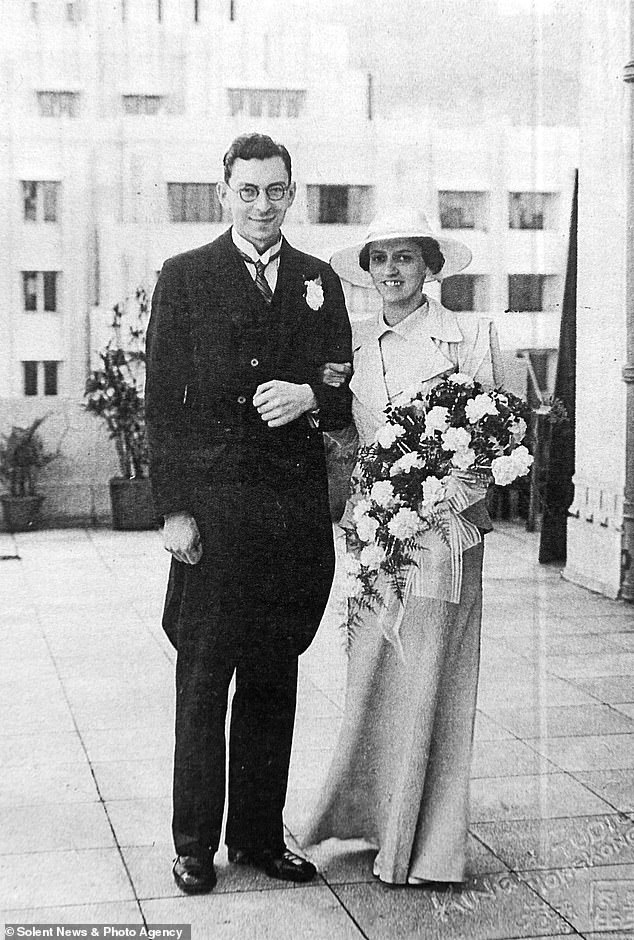 He remembers the outbreak of World War I and as a teenager he trained in marine engineering. By the time he qualified in 1925 the shipping industry was in decline, so he headed to Taiwan to work as an English teacher.

Out there, he met his future wife Agnes.

In the early part of World War II, Mr Weighton and his family lived in Denver, US.

He was recruited by the British Political Warfare Mission for his knowledge of Japanese after the attack on Pearl Harbour.

Mr Weighton deciphered enemy messages and also worked to disrupt the morale of the Japanese to try and help the Americans win their fight.

After the war, he was finally able to return to England with his wife and three children and spent the rest of his working life as a lecturer in marine engineering at City University in London, until his retirement, aged 65, in 1973.

He and his wife, who passed away in 1997, spent much of their retirement volunteering as marriage counsellors and helping at youth groups in Alton. 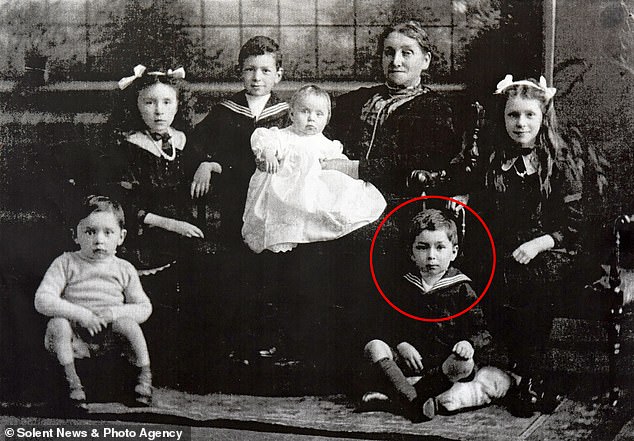 Mr Weighton, circled, is photographed here in 1911 along with his siblings and grandmother

Mr Weighton lived through the reign of five monarchs and seen 26 Prime Ministers come and go from 10 Downing Street.

Remarkably, he had shared the title of Britain’s oldest man with Alf Smith, of Perthshire, as the pair were born on the same day, but Mr Smith died last year.

He said that the ‘world is in a bit of a mess’ with coronavirus and explained that the challenge posed by the pandemic is significant.

Mr Weighton said: ‘In the Second World War you knew what you had to do.

‘You might fail but the objectives were clear as Churchill rallied the country behind him, “We will fight on the beaches”, etc etc.

‘We knew exactly what we had to do. That was an objective that you could possibly reach, but nobody knows how we are going to defeat the virus.’

Cardi B Dismisses Divorce from Offset