A disabled man has posted a video of the moment council workers binned his wheelie bin and didn’t even bother to tell him.

Andrew Rushton, from Calderdale, Yorkshire, posted the clip which shows the bin being lifted up by the lorry’s mechanism and then accidentally dumped inside to join the rest of the rubbish.

The 47-year-old, who pays £1,200 a year in council tax, only discovered the truth about his missing bin when he checked his CCTV. 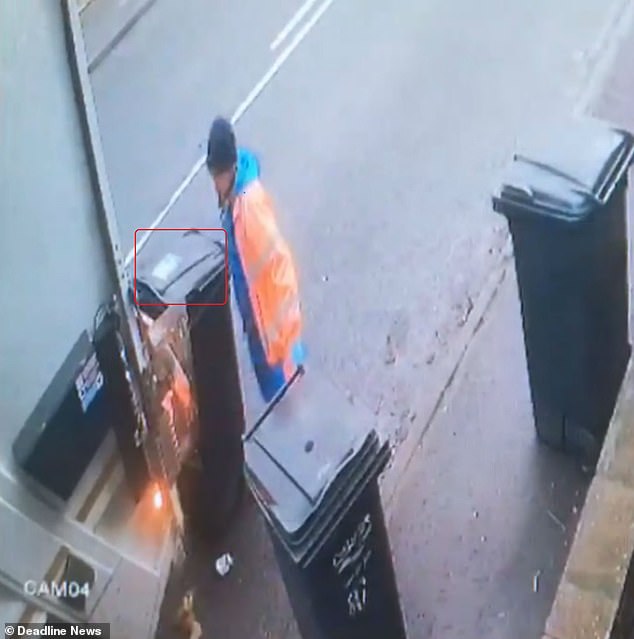 Andrew Rushton, 47, from Calderdale, Yorkshire, was horrified to find that council workers had binned his wheelie bin without telling him 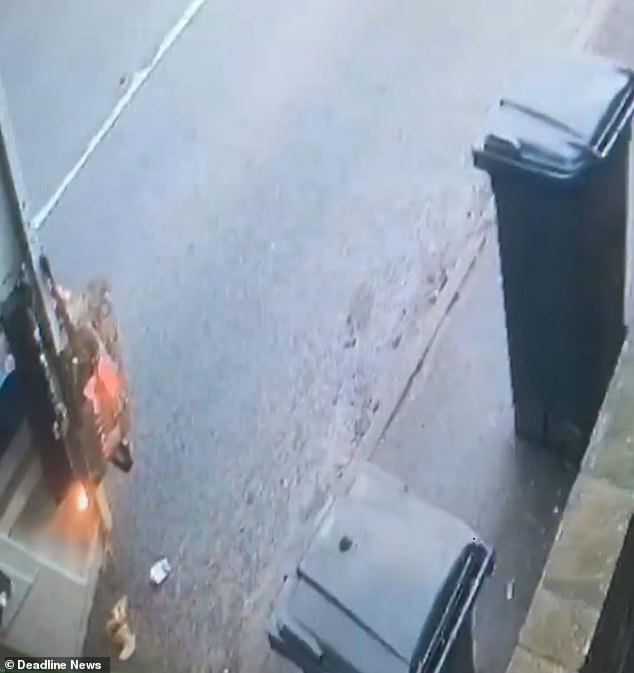 Mr Rushton, who is disabled, was forced to make a 20-mile trip to dump rubbish by himself

Calderdale District Council then took six days to get Mr Rushton a new bin, forcing him in the meantime to make a 20-mile trip to dump rubbish himself.

Mr Rushton, who lost the use of his legs after his car was hit by joyriders when he was a child, said: ‘My life is hard enough as it is.’

Mr Rushton, from Todmorden, West Yorkshire, posted the footage to Facebook on Monday saying: ‘Thought we had a wheelie bin thief in the village until I checked my CCTV.

Mr Rushton narrates the video as he watched council men replace other wheelie bins apart from his.

When Mr Rushton confronted the council they promised to send a brand new bin as soon as possible.

He said today: ‘I had to make a 20-mile round trip to the skip just to dump two bin bags.

‘The trip took one and a half hours. My life is hard enough as it is.’

He added: ‘It would have been nice to get a knock from the bin men.

‘I don’t mind that it’s unsafe for them to retrieve it. I understand that, but it would be nice for them to have let me know what happened, as they know I am disabled.’

The council said in a statement: ‘Occasionally, in any waste collection vehicle, the mechanism which empties the wheelie bin into the vehicle might not return the bin from inside. This is what has unfortunately happened in the case of Mr Rushton’s bin.

‘This is outside the crew members’ control, and they are instructed not to retrieve the bin from the vehicle for health and safety reasons. The crew reported the incident to their supervisor when they returned to the depot.

‘When a bin is not returned for this reason, we provide a replacement free of charge.’

Male gamer pretended to be female in failed ‘social experiment’

Kelly McCreary: What’s in My Bag?

US gunmaker Remington files for bankruptcy