The son of the Yorkshire Ripper’s first victim has warned Netflix could ‘inspire the next serial killer,’ after it named their new documentary on Peter Sutcliffe ‘The Ripper’.

Richard McCann’s mother Wilma was murdered in Leeds in October 1975, she was 28.

Sutcliffe went on to kill 12 more women over the next five years before his horrific crimes came to light.

Following Sutcliffe’s death after contracting Covid-19 last month, Netflix is set to air a docuseries about the murders, which includes interviews with victims families.

Mr McCann, who was five when his mother was murdered, had contributed to the series under the working title Once Upon a Time in Yorkshire. 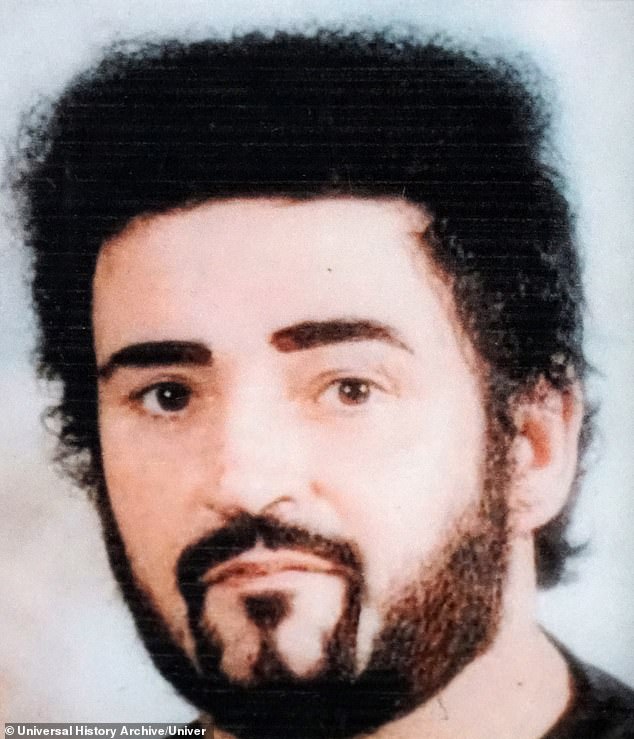 Netflix has changed the title of its documentary series on Peter Sutcliffe from Once Upon a Time in Yorkshire, it will now be named The Ripper, prompting ‘heartbreak’ from victim’s families

Speaking to Jeremy Vine on BBC Radio 2 this afternoon Mr McCann issued an appeal for people to stop using the name ‘Ripper’ when describing the killer.

He said he only found out yesterday that the title of the four part series had been changed.

The motivational speaker said: ‘I was gobsmacked, I was heartbroken.

‘It’s called The Ripper, which is nothing like it’s Once Upon a Time in Yorkshire.

‘The production company told me ‘there’s nothing we can do’, the name has been chosen, that’s it.

‘We weren’t give the option to object. What a miscommunication.’

Mr McCann said he wouldn’t have taken part in the series had he known that was the title. 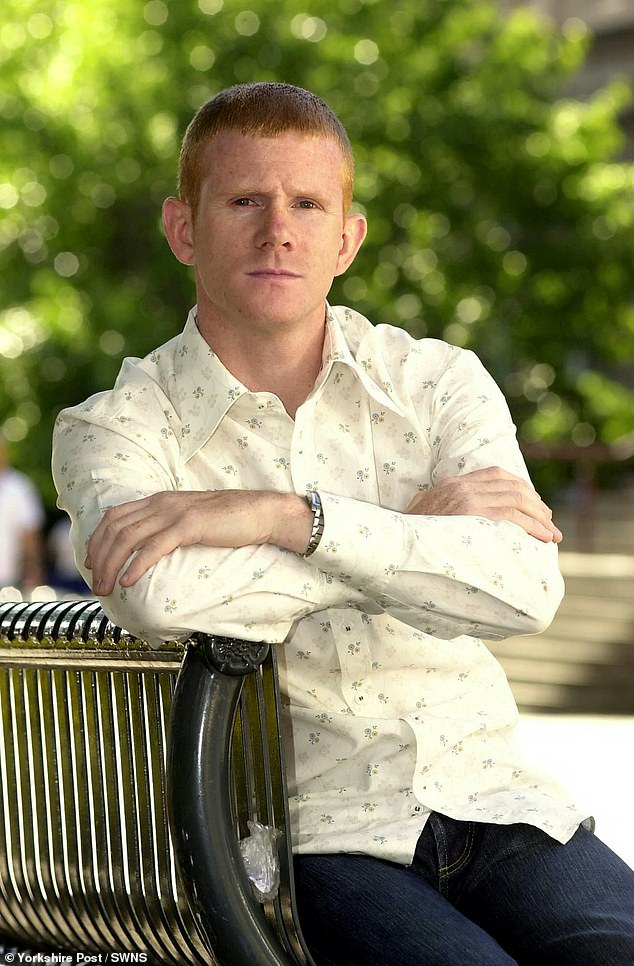 Richard McCann’s mother was the first of Sutcliffe’s victims. The motivational speaker has contributed to Netflix’s docuseries, but said he was ‘gobsmacked,’ to hear about the change of name

He added: ‘The stupid thing is the programme itself, because I’ve watched all four episodes, is done really well and is done sensitively.

‘They’ve just wasted all that sensitivity by calling it that name. It’s just disappointing.’

The series recounts the murders through interviews with investigators, journalists, survivors, and the families of victims.

During the same BBC Radio 2 interview Mr McCann asked the press and public to permanently stop using the name ‘Ripper’ when referring to his mum’s killer.

He said: ‘It mythologises him and almost makes him a larger than life character and I wonder whether or not that actually inspired him to go and do more because, ‘oh I’ve got this term now, I’ve got a brand’.

‘It’s so disappointing that we here it over and over again, possibly inspiring the next serial killer.’

Mr McCann added: ‘It’s been harder to come to terms with it because of that name he was given and that reminder, that continuous reminder of what he did to many of the victims.

‘That’s what that name is, it’s a description of how women can be killed.’

Mr McCann said he is currently working to have guidelines drawn up for the media to prevent them using such monikers in future reports.

He added: ‘It doesn’t do anything but encourage the next prolific criminal.’

On the day of Sutcliffe’s death West Yorkshire Police issued a formal apology for the ‘distress’ caused by the language used by officers at the time of the offences.

Chief Constable John Robins said: ‘On behalf of West Yorkshire Police, I apologise for the additional distress and anxiety caused to all relatives by the language, tone and terminology used by senior officers at the time in relation to Peter Sutcliffe’s victims. 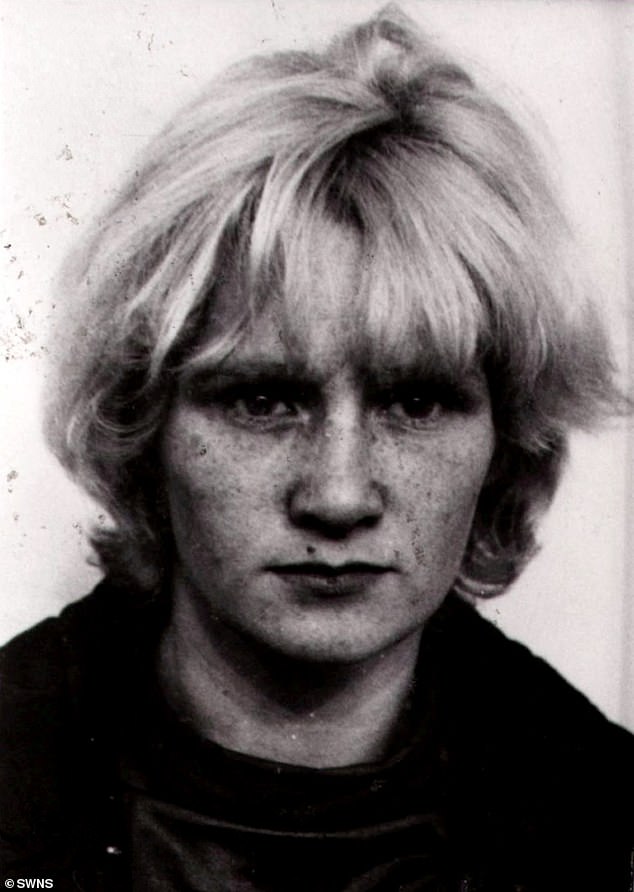 Wilma McCann, 28, was murdered in Leeds in 1975, her son Richard was five-years-old at the time

‘Such language and attitudes may have reflected wider societal attitudes of the day, but it was as wrong then as it is now.’

Mr McCann said he was ‘grateful for the apology, adding: ‘If we can take something positive from the whole saga it’s that they finally gave in and gave us that apology which was, as has been said, long overdue.’

The motivational speaker said he wrote to and rung the force earlier this year asking for an apology but got no response.

He added: ‘I’m disappointed that they spoke about our mothers, some of them anyway, as deserving of what they got.’

Mr McCann said West Yorkshire Police assumed that because of his mum’s lifestyle she was prostitute, adding she had no convictions for that offence.

He told Jeremy Vine that it was because of those ‘wrong assumptions’ about some of the women that someone in the media came up with the ‘Ripper’ name, which is a reference to Jack the Ripper from Victorian London. 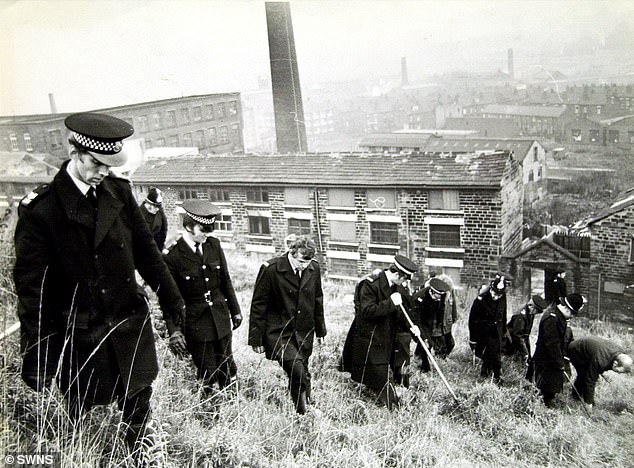 Mr McCann has urged the public to stop referring to Peter Sutcliffe as The Ripper, saying it ‘mythologises him’. Pictured: Police searching for Wilma McCann in 1975

Mr McCann said he was happy some things have changed since the 70s.

Netflix responded to Mr McCann’s comments by saying their series has ‘at its heart the stories of the women who died’.

A spokesman said: ‘This is not a series about Sutcliffe but a sensitive re-examination of the crimes within the context of England in the late 1970s.

‘This was a time of radical change: a time of poverty and misogyny in which Sutcliffe’s victims were dehumanised by the media and the police, and which resulted in the perpetrator evading capture for five years.

‘This series has at its heart the stories of the women who died.’

Am I allowed to take time off work if my kids are sick? Parents' employment rights explained

Did Jason Sudeikis Have Braces?

‘Better Call Saul’ Team on the Season Finale: ‘It’s Either a Break or a Breakthrough’ (SPOILERS)