Kirsten Ashby, 27, was left with layers of her skin on her face melted away, as well as her shoulder-length dark hair burned to a cinder in the sickening attack. 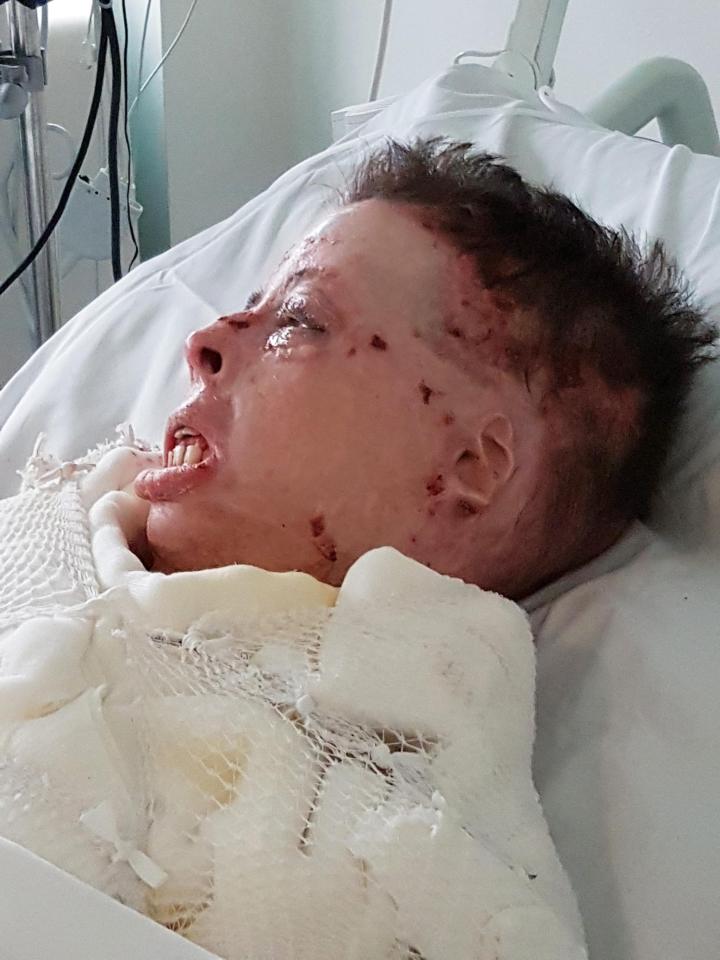 It came after she went to went to the aid of neighbour Raymond Bowen’s girlfriend who was suffering a fit.

The court heard how Bowen threw petrol over Karen and stood smoking a cigarette while he set it alight.

Kirsten told how he "looked smug" as she was set ablaze.

Today he was starting a 19-year-long jail sentence for the attempted murder of Kirsten who has been in hospital since the attack in Milton Keynes, Bucks. in November last year. 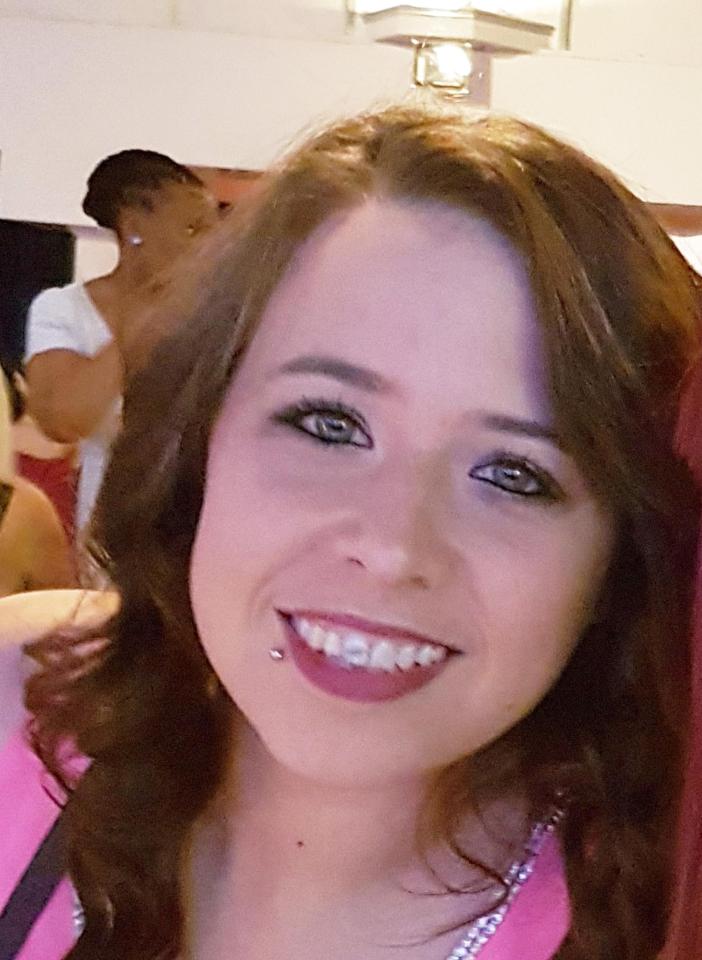 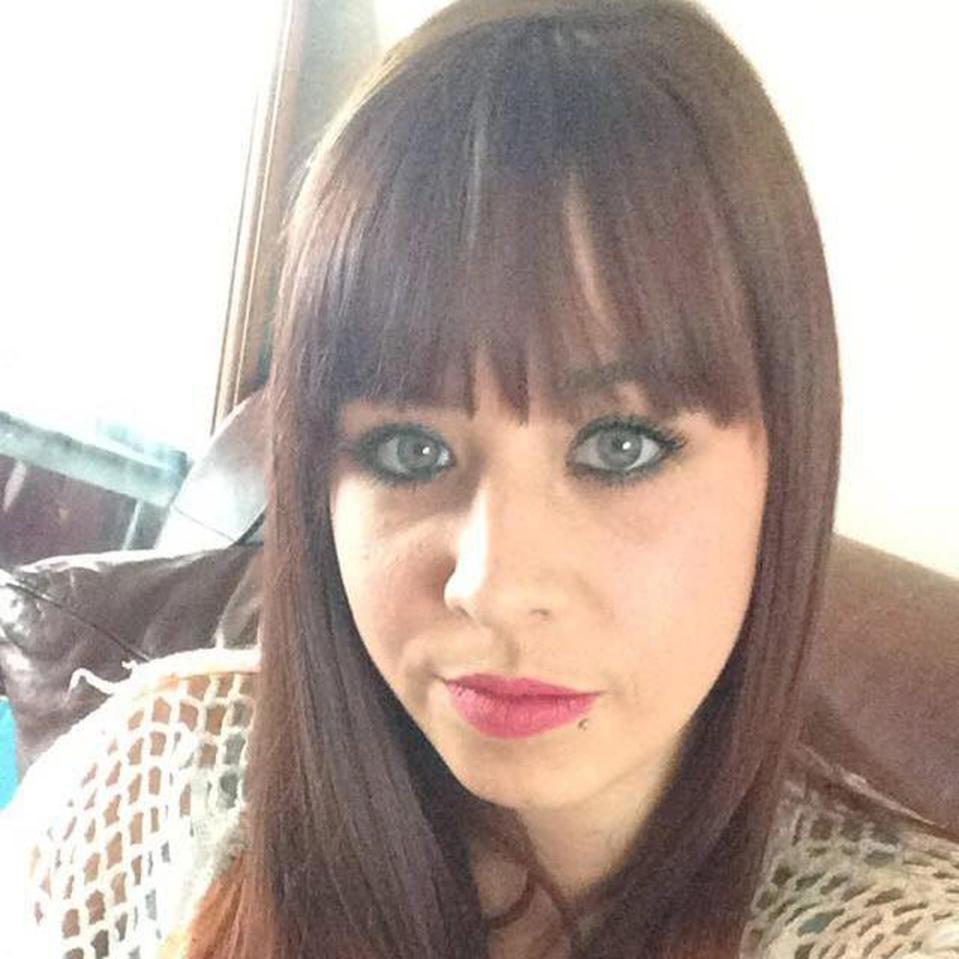 Kirsten’s mother Lynn Ashby said: "She went there to help, yet what this man did ruined her life and changed our family’s life forever.

“My lovely daughter was unrecognisable. She had no face – it was all burned away.

“At first the doctors said she might not pull through. They prepared us for the worst and they put her in a coma for four weeks so her body could cope with the shock and the pain.

"Even while Kirsten was in the coma, doctors began the process of repairing the horrific damage. 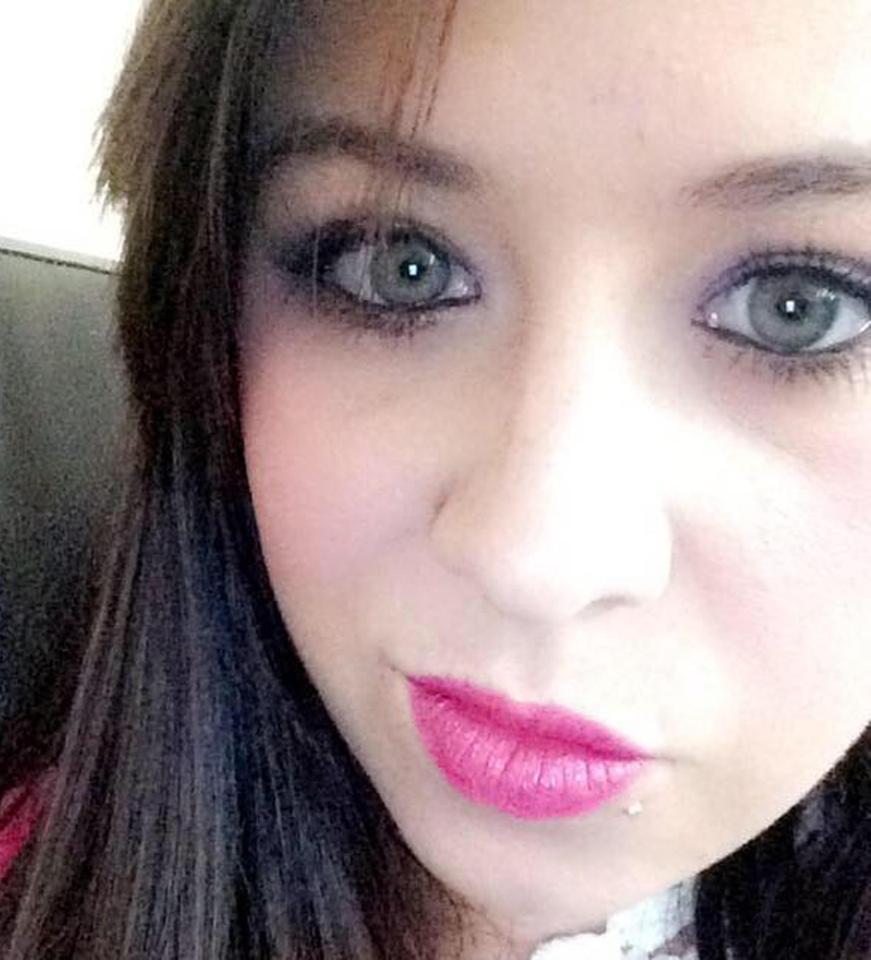 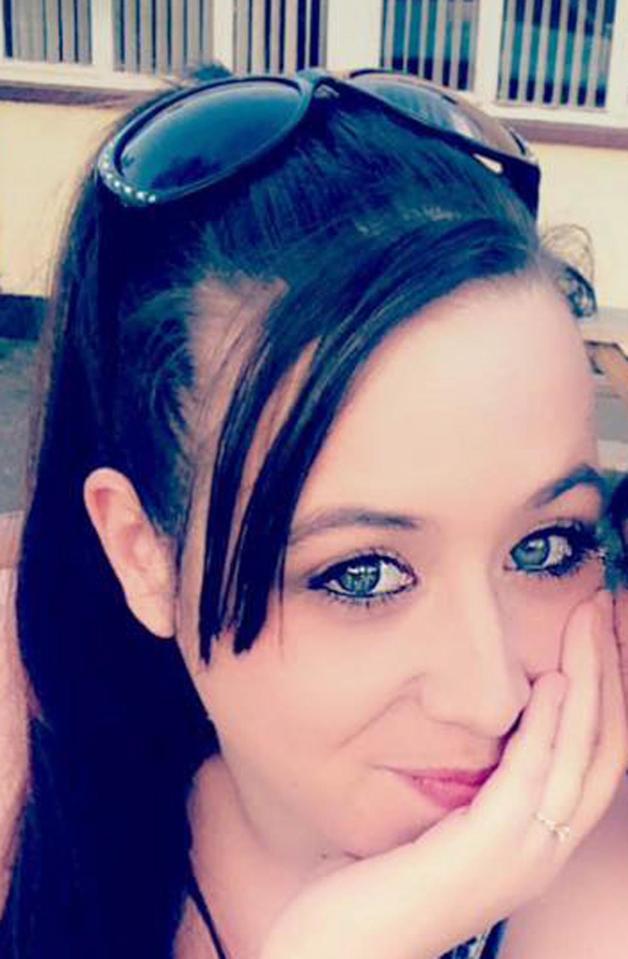 “After the attack my daughter was unrecognisable. Her face was burned away. Her ears were gone.

Her fingertips had to be amputated. Her body is so weak that she is having to learn to walk again.

"They took skin from the rest of her body to graft onto the burns. They took so much skin that she was in bandages from her neck to her ankles for a long time.”

Father-of-five Bowen, 24, admitted a single charge of attempted murder and blew kisses to his girlfriend from the dock as he was sentenced by a judge at Luton Crown Court. 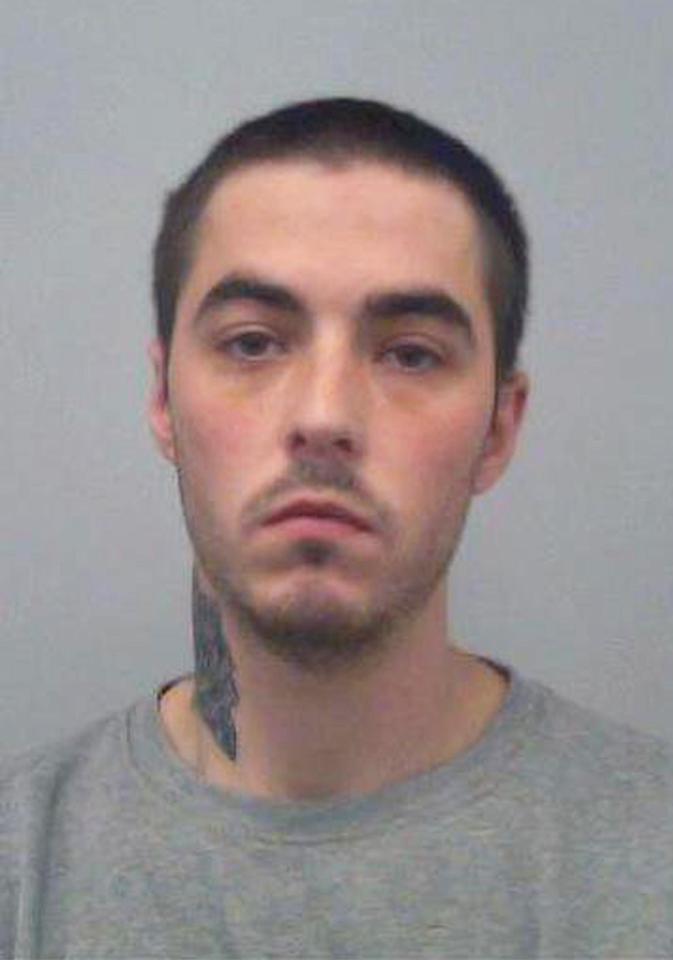 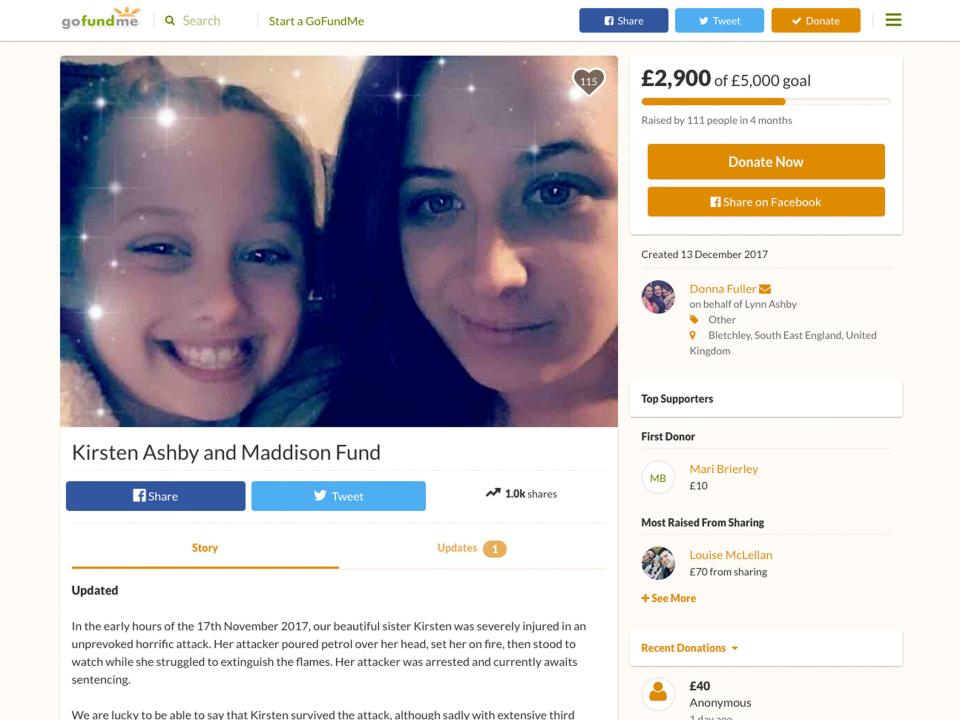 Kirsten has undergone 80 operations as she begins her long road to recovery.

She has had all her fingers amputated leaving her unable to feed herself or take care of her own very basic needs.

Her parents Lynn and Paul are now raising her nine-year-old daughter Maddison.

Lynn added: "She’s been really brave and says her mummy is her superhero. But it’s had an effect.

"She still has nightmares at night. We all do – and I think we always will.”

They are raising funds for when Kirsten is eventually released from hospital.

We had Tiffany Haddish and Ike Barinholtz interview each other