Home » World News » 'You're not my dad, leave me alone': Young boy with 'suspicious' male

Police are appealing to the public to help trace a ‘suspicious male’ and a young boy after a bystander heard the child saying: ‘You’re not my dad, leave me alone’.

A man described as eastern European was seen holding two black bin bags he walked through the Angel Meadow area in the north east of Manchester’s city centre this afternoon.

The boy is believed to be aged six or seven and was seen walking with the man at around 12.30pm today. 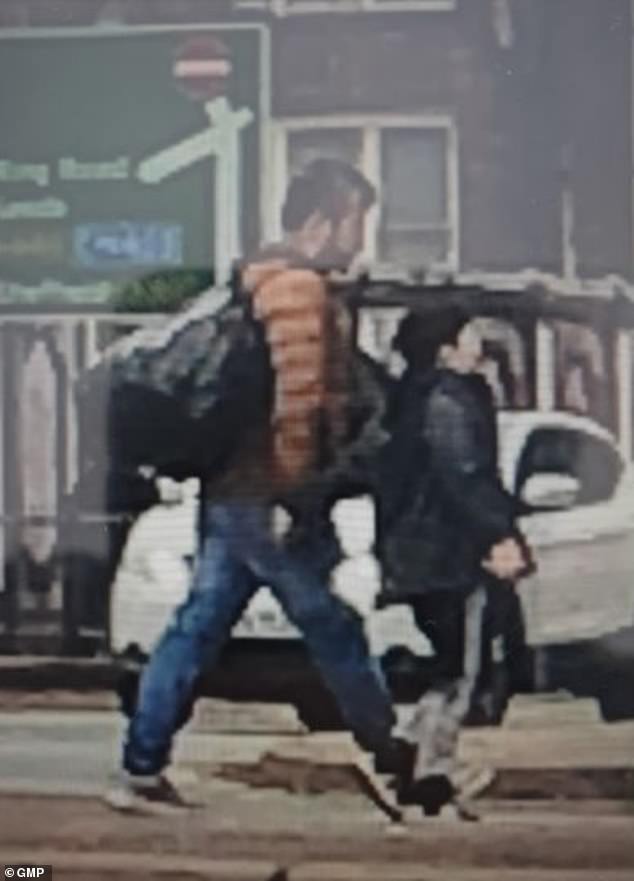 A ‘suspicious male’ described as eastern European was captured on CCTV, pictured, carrying two black bin bags as he was walking with a boy, believed to be aged six or seven

‘The male was walking with a 6/7 year old boy, described as wearing a black jacket, black tracksuit bottoms with white lines on the side, black trainers with a white sole.

‘The child has black hair.

‘A member of the public contacted us after overhearing the child say: ‘You’re not my dad, leave me alone’

‘They were last seen walking towards Angel Meadows area of Manchester, possibly towards Victoria station.