The UK is experiencing one of the hottest summers, so there’s almost no reason to travel abroad to seek sunnier climes.

SEE: 16 very relatable photos of royals suffering in a heatwave

Many families are opting for a staycation, like the Duke and Duchess of Cambridge, who last month gave fans a glimpse into their holiday on home soil as they released a photo of Prince George at a local beach to mark his ninth birthday.

WATCH: William and Kate play on the beach with their children in 10th wedding anniversary video

While it’s not known where the Cambridges were holidaying, in the past William and Kate have taken George, Princess Charlotte and Prince Louis to the Isles of Scilly in Cornwall. 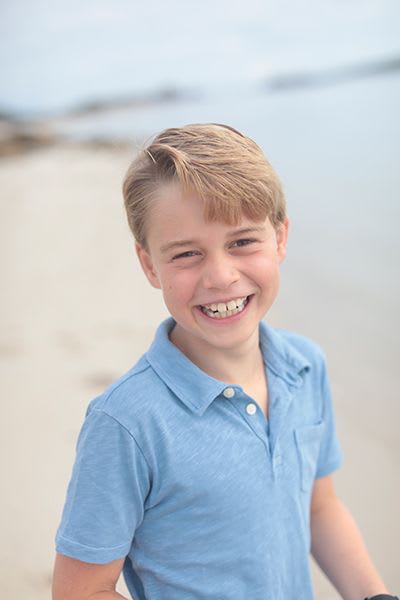 To mark his ninth birthday in July 2022, Kate took this gorgeous close-up photo of her firstborn enjoying a day at a local UK beach.

Wish we were there! William and Kate looked to be having a whale of a time as they headed to the beach after a Garifuna Festival during their 2022 Platinum Jubilee tour of Belize.

The Duke and Duchess of Sussex 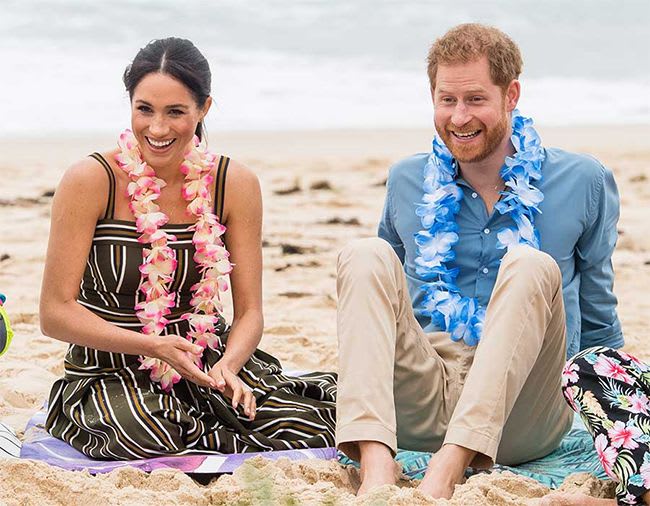 Harry and Meghan kicked off their shoes to enjoy a yoga session on Australia’s Bondi Beach during their royal tour in October 2018. The newlyweds announced at the beginning of their overseas visit that they were expecting their first child. 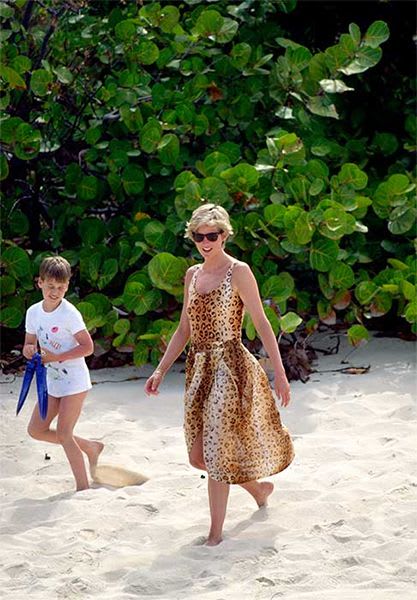 Princess Diana looked effortlessly stylish in a leopard print beach dress as she and her sons Prince William (pictured) and Prince Harry enjoyed a holiday on Necker Island in 1990.

The Duchess of Cornwall

Camilla enjoyed a day out with Dame Judi Dench on the Isle of Wight in 2018. The pair are pictured on Queen Victoria’s private beach next to Osborne House.

The Duke of Sussex 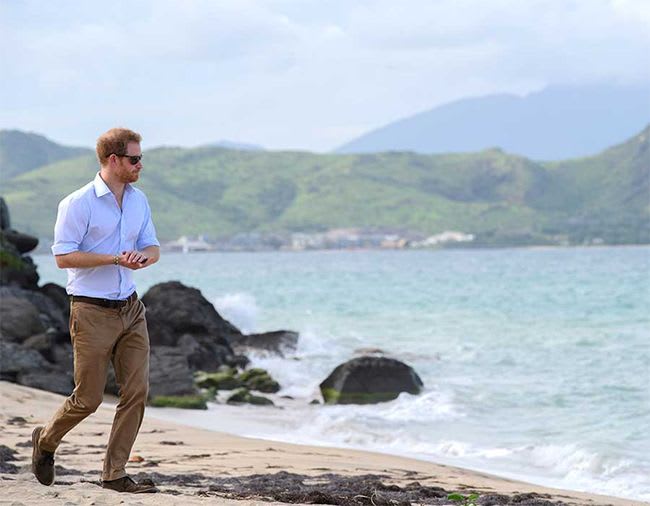 Prince Harry visited the Nevis turtle conservation project on Lover’s Beach during an official visit in 2016. The Prince reportedly flew to see his then-girlfriend Meghan in Toronto after the trip.

The Duchess of Cambridge 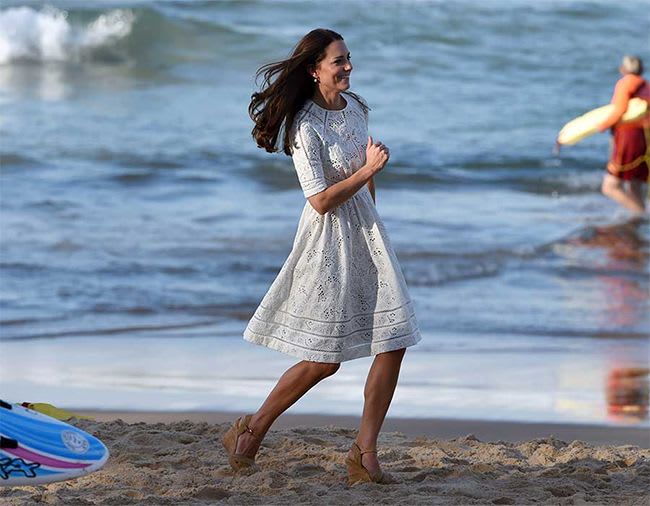 Kate impressed us all when she ran along Manly Beach in Sydney, in a pair of towering wedges during the royal tour of Australia in 2014. The Duchess kept her cool in the heat in a white Broderie Anglaise dress by local designer Zimmermann. 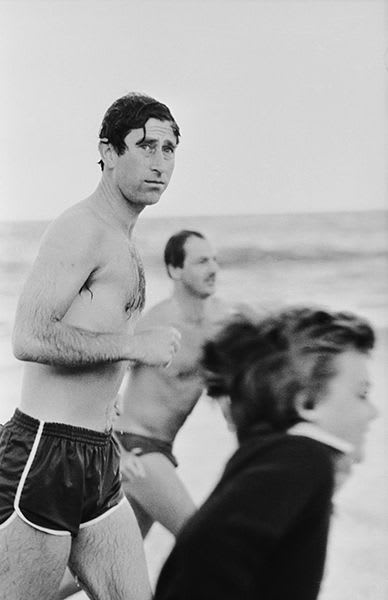 And here’s a throwback to Kate’s father-in-law Prince Charles, pictured running on the beach in his swimming trunks in 1985!

The Duke and Duchess of Sussex 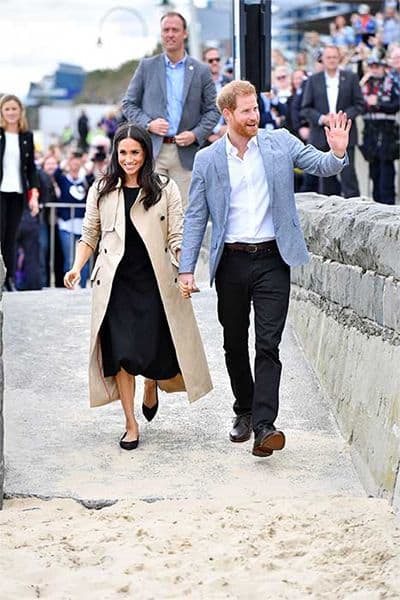 The Sussexes greeted crowds as they visited South Melbourne beach on their royal tour of Australia in 2018. The couple helped out with a beach clean, joining local schoolchildren and a BeachPatrol President to clear the shores of litter.

The Prince of Wales and the Duchess of Cornwall 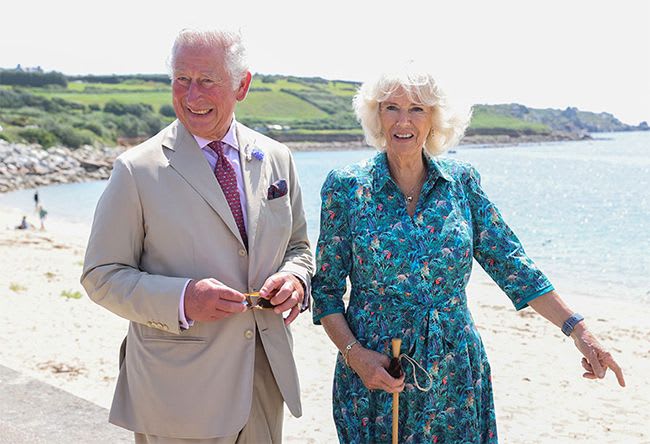 The Prince of Wales and the Duchess of Cornwall visited stunning Porthcressa Beach in St Mary’s on the Isles of Scilly during their tour of Devon and Cornwall in July 2021. 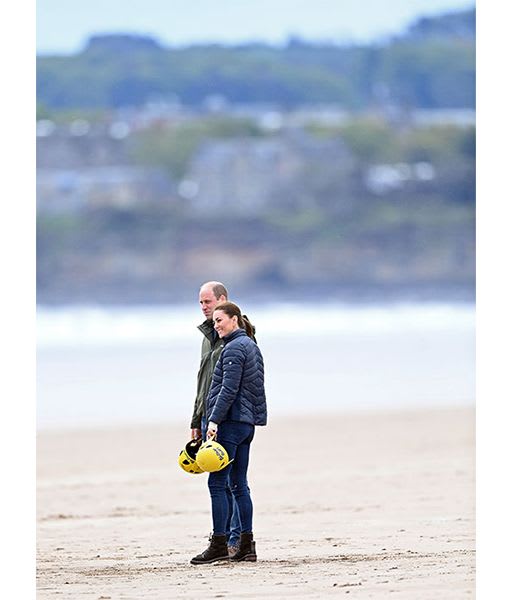 William and Kate tried out a land yachting session on the picturesque West Sands beach in St Andrews during their mini tour of Scotland in May 2021. St Andrews holds happy memories for the couple, as that’s where they first met at university 20 years ago. 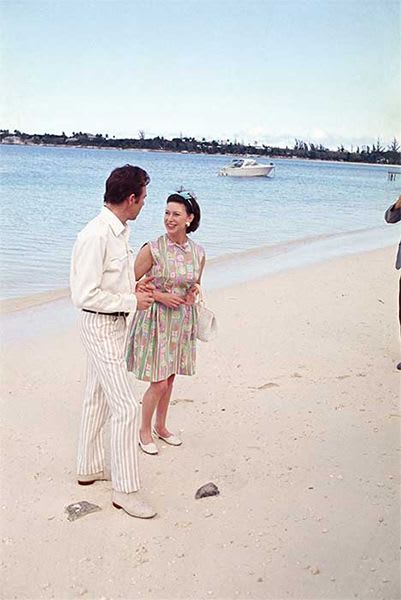 Princess Magaret and her husband Lord Snowdon are pictured in the Bahamas in 1967. 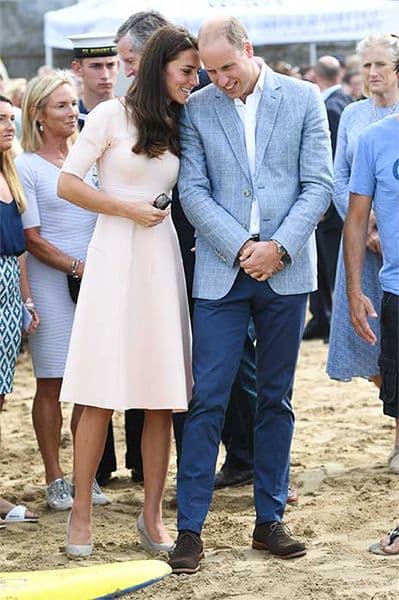 William and Kate enjoyed a mini tour of Cornwall in 2016 where they were introduced to The Wave Project on Towan Beach. The couple spent a romantic evening at the picturesque Restormel Manor, a 500-year-old historic house in Lostwithiel, during their trip.

The Prince of Wales and the Duchess of Cornwall

Charles and Camilla made us wish we were there, as they enjoyed a stroll along the beach in Grenada during a royal tour in 2019. While Charles kept his brogues on, Camilla was happy to feel the sand between her toes. 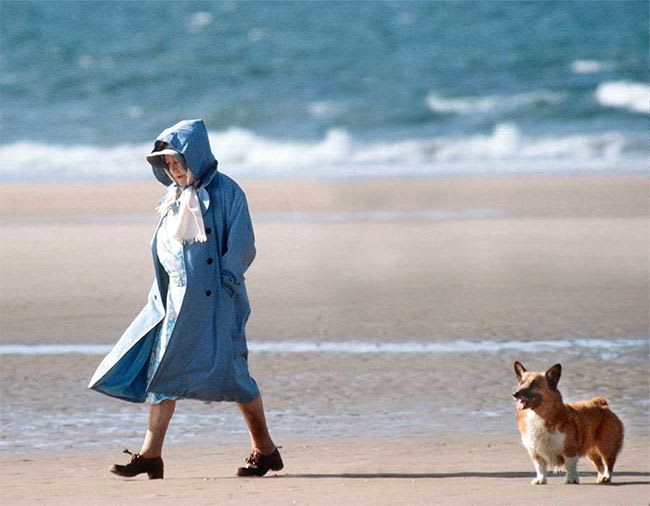 We love this image of the Queen Mother enjoying a walk with one of her pet corgis along a Norfolk beach in 1982.

The best Christmas markets in London