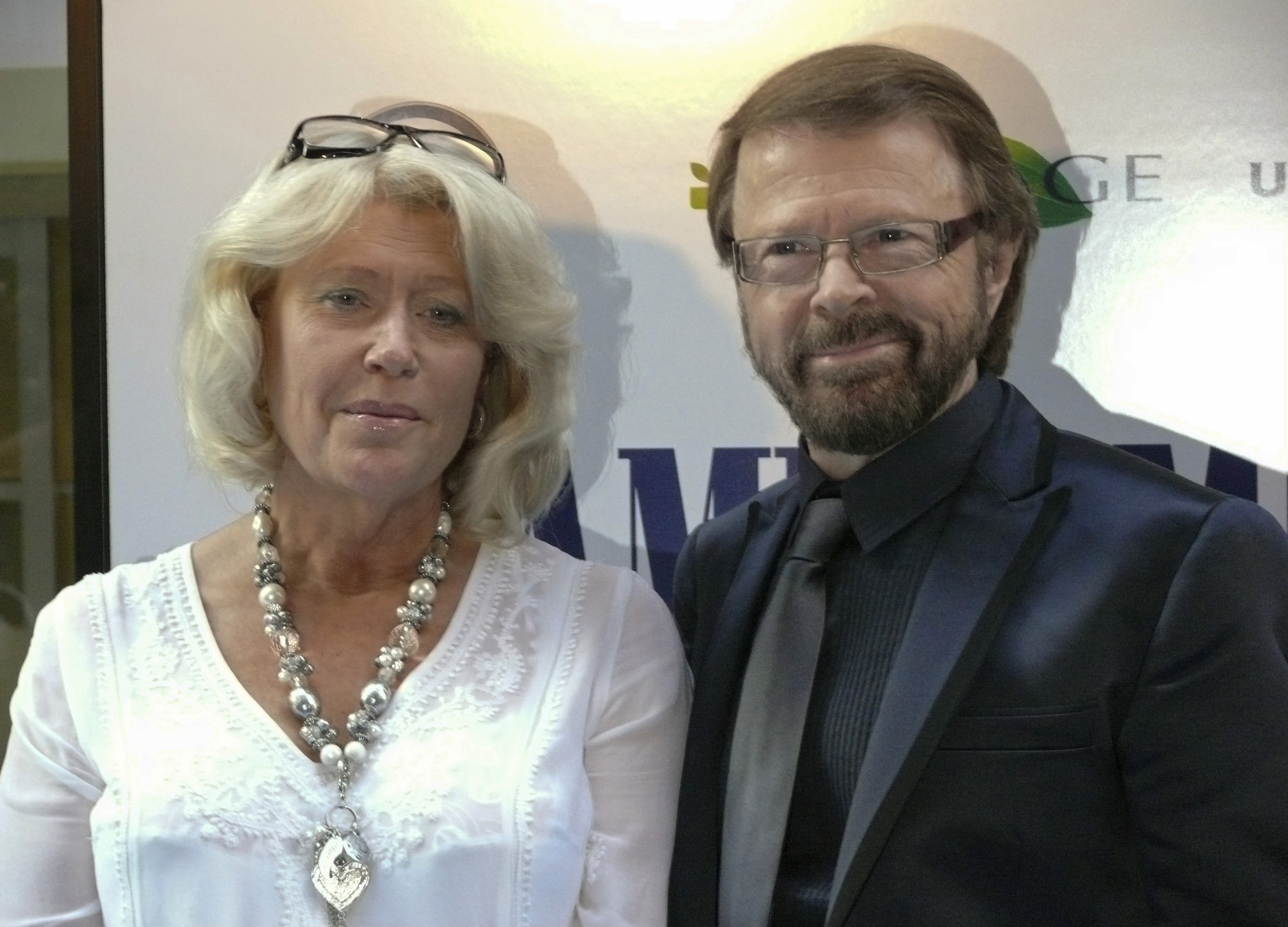 Abba star Björn Ulvaeus and his wife Lena have split after 41 years of marriage.

The pair announced the news in a joint statement, explaining that they have remained close friends.

‘After many fine and eventful years, we have decided to divorce,’ they said.

‘We remain close and good friends and will continue to celebrate our grandchildren’s birthdays and other family celebrations together.’

Björn, 76, and Lena first started dating after the star’s split from Agnetha Fältskog, who he married in 1971. Björn and Agnetha split eight years later, in 1979.

The singer then met journalist Lena at a party thrown by Benny Andersson and Anni-Frid Lyngstad.

Björn also has two children from his marriage to Agnetha, Linda, 48, and Peter, 44.

The star previously said about his wife: ‘We really fell in love with lightning.

‘So strange that you are a bachelor for a week and then just fall there right away.’

Last year, Abba reunited for their first album in 40 years.

Abba Voyage had fans obsessed, and secured the band their first ever Grammy Award nomination.

The Waterloo hitmakers, who rose to fame in the 1970s following their iconic Eurovision performance, went on hiatus in 1982.

However, love for the Swedish icons clearly hasn’t wavered as, following the release of Voyage, they shot straight to number one after four decades.

Abba told OfficialCharts.com at the time: ‘We are so happy that our fans seem to have enjoyed our new album as much as we enjoyed making it.

‘We are absolutely over the moon to have an album at the top of the charts again.’