Chris Ramsey, 33, took to Instagram to reveal he pulled his “tricep, shoulder and glutes” after dancing a gruelling Charleston on Strictly Come Dancing. The comedian showcased his injuries in a photo, which he shared with his 293,000 followers. The star was pictured with his arms and shoulders “strapped up” and covered in black bandages. Chris explained the spectacular cartwheel lift he performed with his professional dance partner Karen Hauer, 37, was to blame for his painful state.

I’ve worked flat out this week and my body is in bits!

He captioned the photo: “Thanks so much for all of your lush comments and support last night.

“I’ve worked flat out this week and my body is in bits! Pulled my tricep, shoulder and glutes (a**e muscles for the scientists among us)… I’m all strapped up like a real dancer!”

He added: “I haven’t done a cartwheel since junior school and I had to do about 200 this week.

“Kids don’t get enough credit for just being able to knock them off out of nowhere… they are a nightmare when you’re a 33 year old lazy comedian! And the cartwheel lift is how I got my injuries.”

Chris insisted he is hoping to avoid performing acrobatic moves for the remainder on his time on Strictly, if he is voted through to the next stage of the competition.

He continued: “Hopefully last night’s performance was the final cartwheels of my dancing career, and I can move onto something else if I’m still in the show next week… tune into the results show tonight to find out.” 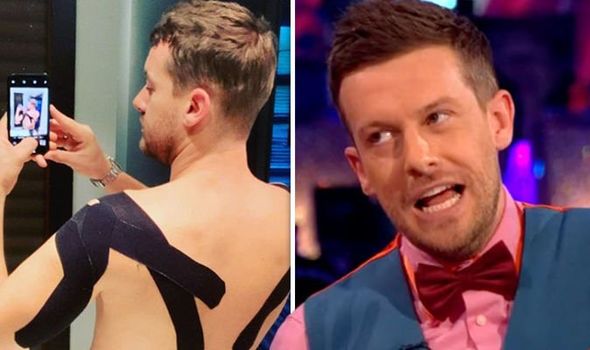 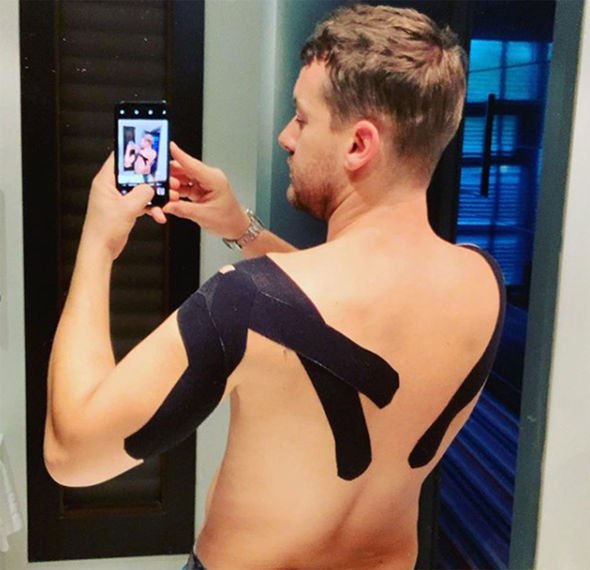 Showing off his signature sense of humour, Chris concluded: “Either way… I had a blast. What a night!

“Big love to @karenhauer for not farting while I had her legs round my head too. You da real MVP.”(sic)

Some of Chris’ Strictly co-stars took to the comments section of his post to share their thoughts.

Emma Barton quipped in response: “Oh my god Chris… don’t wanna make things worse… but that’s gonna hurt taking that tape off!!!!! But worth recording it… as it will be hysterical to us!!! Loves ya.”(sic) 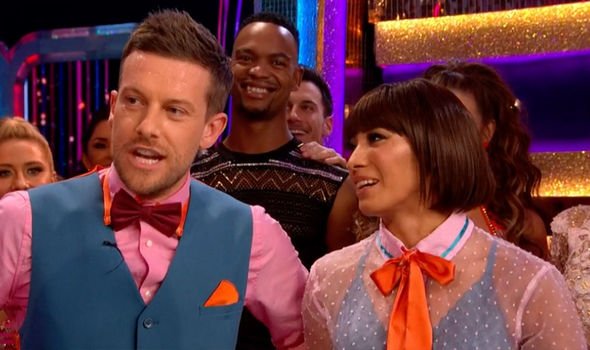 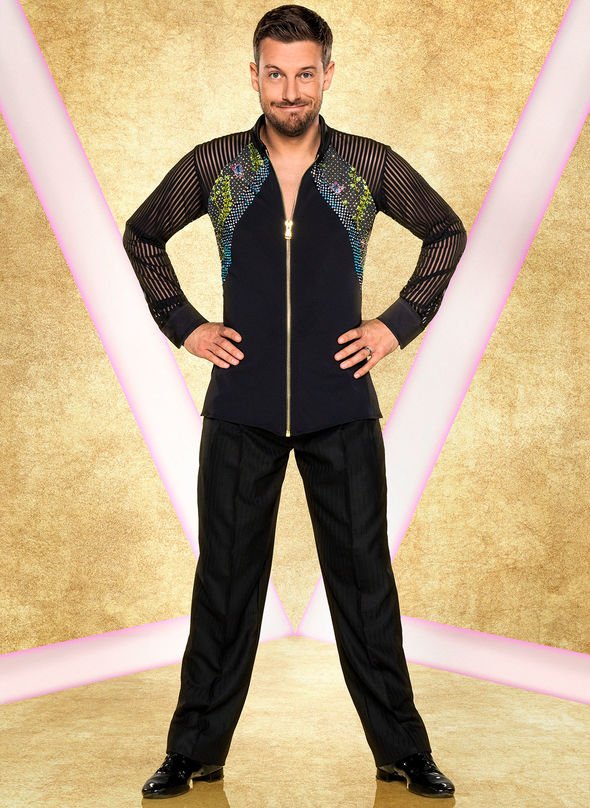 Chris and Karen scored 26 for their dance showing an improvement from their Cha Cha Cha last week.

Chris’ revelation about his injuries comes after Strictly’s head judge Shirley Ballas, 59, spotted “chemistry” between the TV personality and his dance partner.

She told the pair during last week’s show: “Definitely, for sure, this partnership has chemistry.

“And any time you did some boogying, you got into the funk of it.”(sic)

Strictly Come Dancing: The Results airs tonight at 7.15pm on BBC One.