Shows such as Roman Kemp’s recent documentary about the steep rise in self-harm and suicide are being heard.

But there’s a wilful refusal to talk about one of the most prevalent causes — the endemic use of marijuana.

In the past ten years, I can think of only one programme to tackle the issue . . . and that was a puerile, giggly discussion show on Channel 4 that challenged newsreader Jon Snow to get high on super-strength ‘skunk’.

The devastating effects of marijuana were treated as an aside, on 24 Hours In Police Custody (C4), which tracked an investigation in Luton after a shooting. 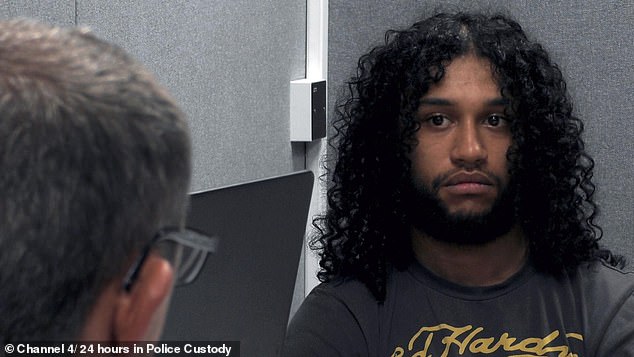 The devastating effects of marijuana were treated as an aside, on 24 Hours In Police Custody (C4), which tracked an investigation in Luton after a shooting.

A drug dealer named Justice McCann, 21 years old and the father of two children, was arrested after a psychotic breakdown that left another man close to death with a bullet in one kidney.

The victim, a 23-year-old Polish man, had the misfortune to be buying a can of fizzy drink in a grocer’s shop when McCann walked in with two handguns.

The gunman, whose long curls and wide eyes gave him the look of a young Cat Stevens, explained that the rampage was not his fault: ‘I smoke weed all day every day, and that way my head’s just frazzled, and I’m trying not to overthink because I think too much sometimes and I just start getting angry.’

His solicitor pleaded that McCann had suffered a chaotic childhood, and began smoking cannabis at eight years old.

Despite his frazzled head, McCann possessed the self-control to write an eloquent letter of mitigation to the court.

In it, he expressed his ‘deepest apologies’ and signed off: ‘Yours sincerely.’ Who knew drug dealers were so formal? 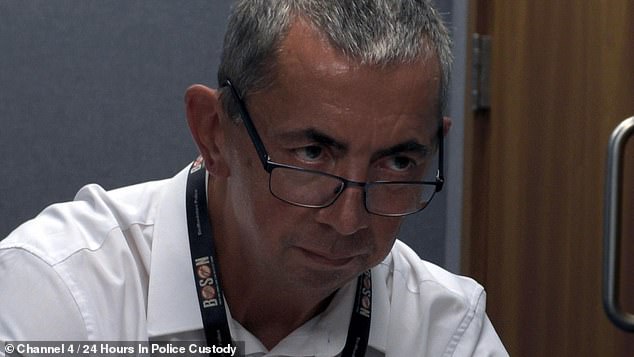 A drug dealer named Justice McCann, 21 years old and the father of two children, was arrested after a psychotic breakdown that left another man close to death with a bullet in one kidney

He claimed to have no memory of his shooting spree, though CCTV cameras and mobile phone footage showed him chasing and firing at cars. He also seized a young woman and held a gun to her head, which must have been a terrifying ordeal.

Police treated his gun crime with the utmost seriousness. But there appeared to be indifference to his drug dealing, and an equal lack of concern in the show’s voiceover.

Traumatic finale of the night

We knew it was coming, but the final scene of Unforgotten (ITV) was still a blow to knock you breathless.

Who would have guessed when the series launched in 2015 that comedian Sanjeev Bhaskar would make such a superb cop?

That reflects the national failure of policing around drug crime. Forces across the country seem to have decided to ignore the use and sale of marijuana. Of course, not all mental health problems, by a long stroke, are related to drug abuse. There are many other causes and they all need to be taken seriously.

But it’s worse than hypocrisy, if television continues to speak out about this crisis while ignoring the cannabis epidemic.

A soothing antidote to all this grimness was offered by Saved And Remade (BBC2), a half-hour variation on The Repair Shop that airs every evening this week. Much-loved heirlooms are brought to presenter Sabrina Grant, not to be restored but reinvented.

Jane didn’t know what to do with her late mother’s old clothes, including her wedding dress: a blacksmith called Leigh incorporated the cloth into a massive metal wall hanging.

Eric brought in the propeller from his grandad’s old boat, which a man-bunned former Royal Marine named Titch transformed into the twirling centrepiece of a lamp, encased in a coffee table.

Make-do-and-mend formats like this have been the hit of lockdown. I’d love to know whether they are inspiring a DIY revolution, or if we’re all too busy watching the shows to tackle any repairs of our own.