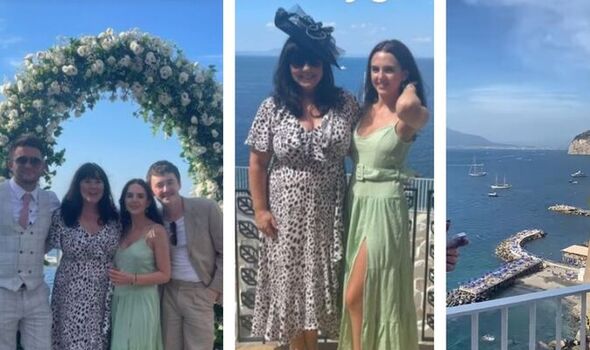 Coleen Nolan, 57, seemed to be enjoying the glamour of Sorrento as she celebrated her nephew Danny’s wedding day, alongside family members including her sister Linda, 63, and daughter Ciara Fensome, 21.

The wedding reception took place at a lavish hotel with breathtakingly beautiful balconies looking out over the sea, and boats could be seen bobbing dreamily in the background as Coleen filmed.

An operatic version of Ed Sheeran’s ‘Perfect’ played in the background, while guests milled around.

Leopard-loving Coleen wowed in a maxi dress covered in the print, paired with beige peeptoe heels, and her retro outfit was accented by a very fancy fascinator.

Meanwhile, sister Linda’s presence will be reassuring for the Loose Women star, as she continues her recovery after her cancer treatment earlier this year.

Another of Coleen’s sisters, Anne, also discovered she had cancer in 2020, with both her and Linda handed a diagnosis within days of each other, but things seem to be looking up for the family now. 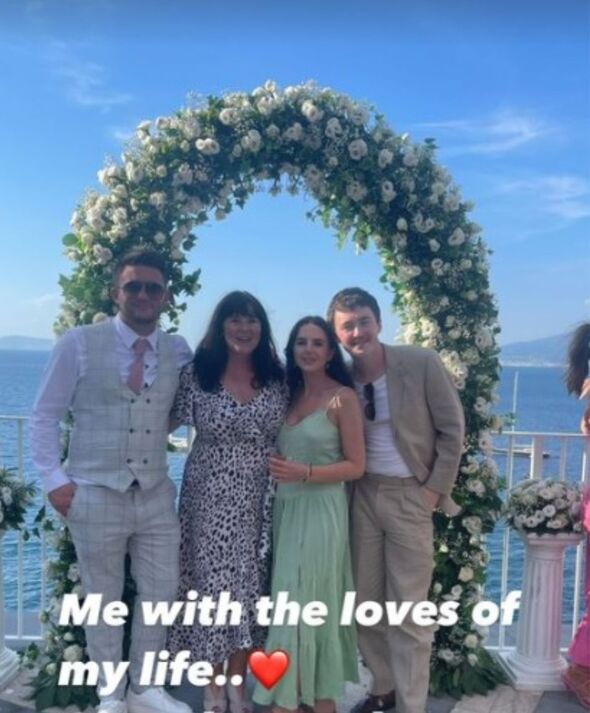 Coleen Nolan posed for photos with her family

Coleen Nolan and her daughter Ciara, who wore a pistachio-coloured maxi dress with a dramatic slit up the side, joined her sons Jake and Shane Roche. EastEnders star Shane also got married earlier this summer to his partner Maddie Wahdan, although his ceremony was in the more down-to-earth location of Kettering. 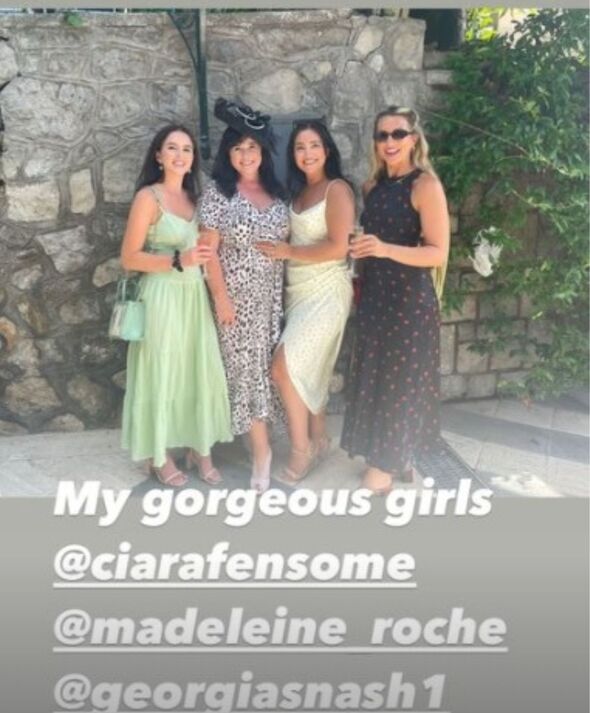 Madeleine, affectionately known as Maddie, married Coleen Nolan’s son Shane at the venue Rushton Hall, which is set among 25 acres of beautiful grounds. 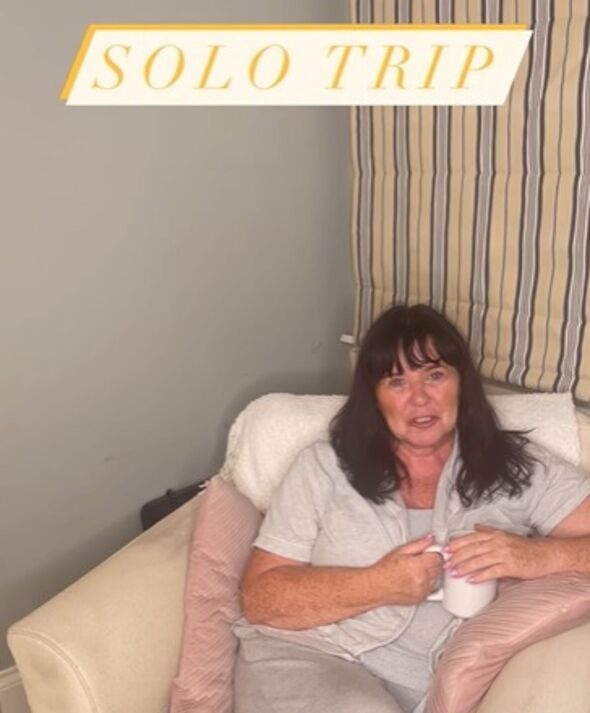 Coleen Nolan told fans she’d had a “liberating” experience holidaying on her own recently, saying she recommends it and urged others not to feel guilty getting away from it all. 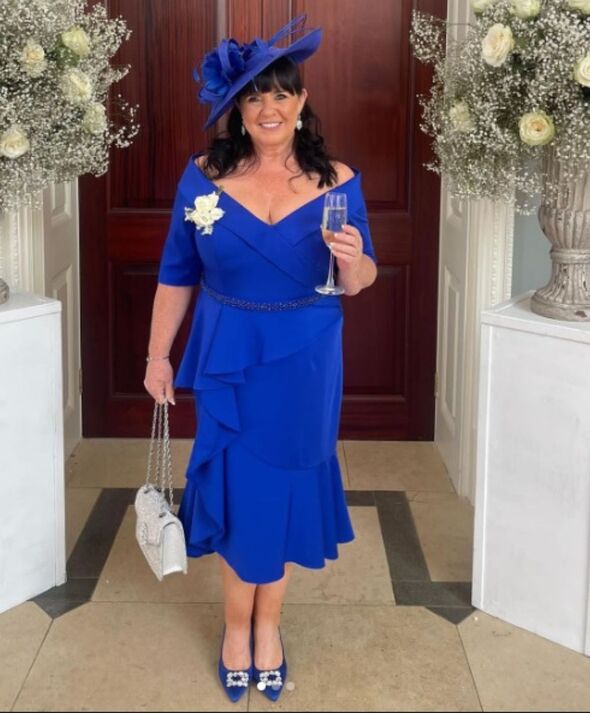 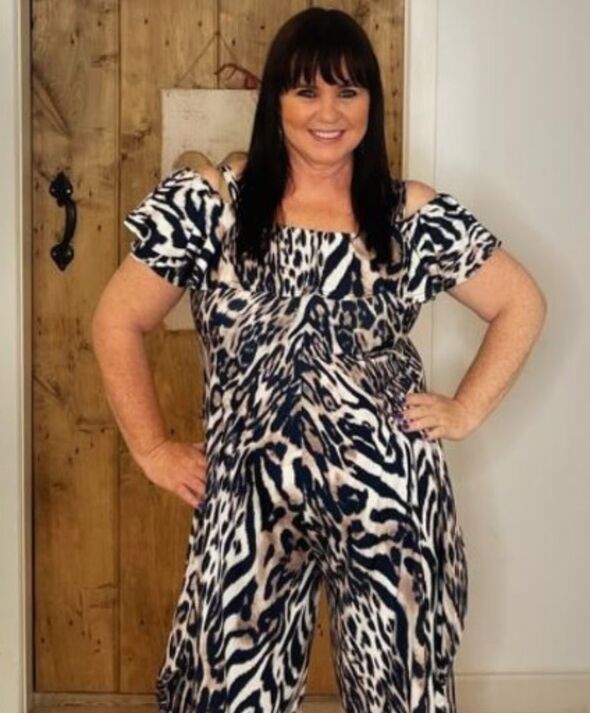 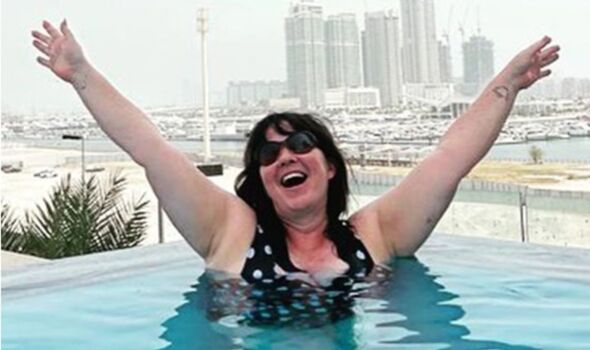 Coleen Nolan looked sensational when it came to daughter-in-law Madeleine’s hen party earlier this year, swimming in a Dubai pool in this stunning polka dot bikini.

Hans and Julia Rausing add another £18m to the pot