Many musicians are bitten by the performing bug at an early age, and Reyna Roberts is no different.

The Alaska-born, Alabama-raised country music up-and-comer is just 23 and has released two singles to date: “67 (Winchester)” and “Stompin’ Ground.”

With plenty more on the horizon, the star recently spoke with Fox News, revealing that music has always been in her blood.

“I don’t even know when it started,” she explained. “I’ve been singing my whole life, there’s never been a moment where I didn’t know that I wanted to sing. I never had to decide, it’s always just been.”

Roberts added: “I feel like I was born for this.” 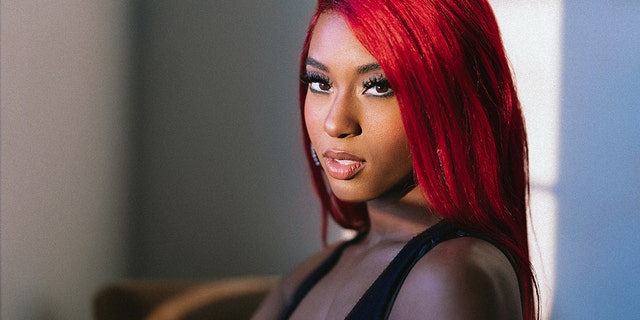 Reyna Roberts said she first performed at the age of 3.
(Dire Image)

The singer even began to act on her dreams at a very early age.

“The first time I performed, I was three-years-old,” she recalled. “My mom took me to a karaoke bar in Alaska and she had me sing ‘Lady Marmalade.’ Since then, they couldn’t stop me, I was on a roll.”

While 3-years-old is certainly early for an artist to get their start, music played a big role in Roberts’ life right after she was born.

“I was born two months early and because I was premature, I weighed two pounds,” Roberts revealed. “They had to play music for my brain development and they played all genres of music. Before I was even talking, I was humming and singing.

Since her early days, Roberts has lived and performed in many different parts of the country but has always felt right at home on stage.

“I love being on stages, wherever it is,” she explained. “No matter if it’s hot and humid or cold and rainy, I’m just like, ‘Hey, let’s go, let’s get it started.'”

Roberts said while she used to “get kind of nervous” in front of smaller crowds, she now “never gets stage fright.”

She’s now one of CMT’s Next Women of Country just a year after learning that the honor even existed.

“Last year when I was in Nashville, I learned about the Next Women of Country and I remember being in the audience watching all the women on stage in front of all these labels, all these people, these fans,” said the singer. “And I remember thinking, ‘I don’t know how, but I’m going to be on that stage next year.”

She said she “prayed” and she “worked hard,” and sure enough, she achieved her goal.

Roberts definitely stands out among country artists for several reasons, including visually. She admittedly looks different than what Nashville generally offers as doesn’t “wear blue jeans” and “has red hair.”

She’s deemed the bright red color “The Reyna Red” and said that the color is sticking around since it makes her “feel powerful” and gives her confidence.

The up-and-comer somewhat fell into country music, realizing one day that “all these songs I’m writing are country songs” — and it shows in her influences as well. 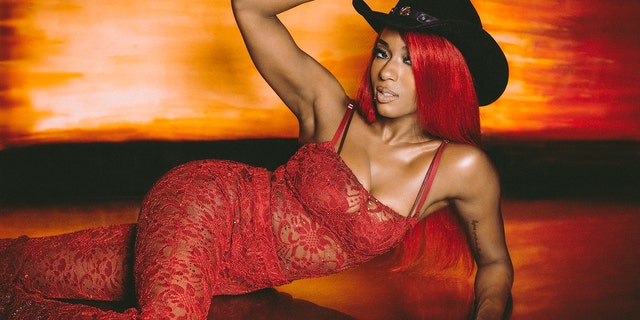 Reyna Roberts said that doctors played music for her brain development after she was born prematurely.
(Dire Image)

She mentioned Carrie Underwood and Chris Stapleton as artists she looks up to, but Beyoncé, Lady Gaga and Rihanna as influences as well.

Her “rock star” mother also introduced her to the likes of Led Zeppelin and AC/DC as a child.

“Whenever I hear their voice, they make me feel, and if something makes me feel, I’m in love,” she gushed. “They make me want to be a better singer. They challenge me to do better, to be better.”

Furthermore, Roberts shared that Stapleton is a dream collaboration of hers, but she also said she’d like to work with the likes of Drake, Nicki Minaj or Cardi B.

After a busy year of building the foundation of her country music career in 2020, Roberts is looking forward to another year of success.

“I’m ready to take over the world,” she said.

Science and the Constitution say: End the lockdowns

The Interview: 'If we were Google or Facebook, there would be a statue up to our investors' – Eir Chief