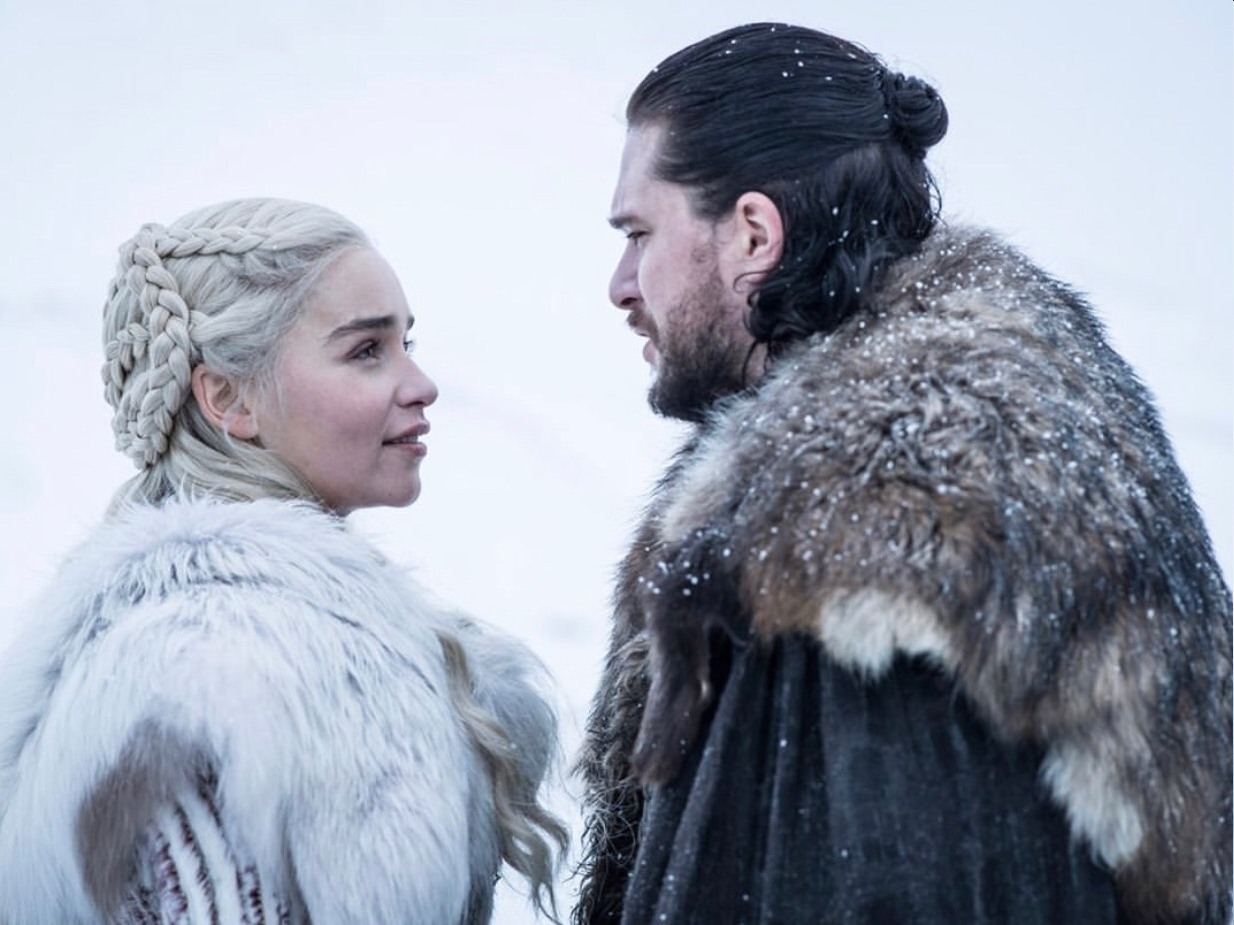 It’s been forever and a day since we’ve had new Game of Thrones episodes, but within the show, about a month has passed since Jon Snow and Daenerys banged on her ship at the end of Season 7, all while Bran and Sam Tarly were putting the pieces together about who Jon’s parents really were. The season premiere opened with the changed graphics for the opening sequence, which almost made me cry. Then it really opened with Daenerys’ assorted forces – Dothraki, the Unsullied, plus all of the advisors she’s accumulated – all marching or riding into Winterfell, with Jon Snow and Dany riding side by side. They were followed by Missandei, the Hound, Gendry, Grey Worm, Tyrion and Varys (bitching at each other like an old married couple) and many others. Then when white folks were giving the side-eye to Grey Worm and Missandei, the dragons showed up and put the fear of God into everybody. Let’s get to the recap – again, this is not the most comprehensive thing, these are my own personal highlights.

The introductions at Winterfell. Sansa knows Bran is different, so you’d think that would be one of the first things out of her mouth to Jon. Like, she would say with an eyeroll, “He calls himself the Three-Eyed Raven now and he has visions, just FYI.” Instead, Sansa busied herself with giving icy stares to Dany. Bran was all “bitches STAHP we don’t have time for this” and Bran was right. I guess Bran was the one to break the news about Zombie Viserion the dragon? Or did Dany already know?

Lady Lyanna Mormont isn’t here for this sh-t. There’s a meeting with the northern lords and ladies and everybody is grumbling but Lady Lyanna – this amazing child – isn’t here for the dragon queen, nor does Lyanna appreciate that Jon abandoned his King in the North title. Jon is like “it really doesn’t matter.” Tyrion tries to speak but that doesn’t go over too well either.

Sansa is smarter than Tyrion. Finally. They have a little reunion and he says something about Lannister forces coming to fight the undead and Sansa is like “LOL you believed Cersei, you dumb summer child.”

The Arya & Jon Reunion. It’s been eight season in the making but we finally got it. Arya crept up on him and he was just SO happy to see her. He jokes that he wishes Arya had been there to smooth things over with Sansa and Arya TAKES SANSA’S SIDE. Damn, chica.

Arya reunites with the Hound & Gendry. First off, did anyone really think that the Hound was going to be mad at Arya long-term? I didn’t. I think the Hound has always felt completely protective of Arya and Sansa no matter what they did or didn’t do. Yes, Arya left him for dead. But he appreciates that she survived. As for Gendry making weapons out of dragonglass… I was hoping for a better reunion, like maybe a hug or something. Oh well.

The Dragon Date. Jon and Dany ride dragons to a waterfall and then they bang in front of Dany’s dragon children. OMG. The dragons were watching too, like “R U MY NEW DAD??”

I didn’t mind the Greyjoy story at all. Usually I’m like GMAFB with the Greyjoy sh-t but it’s been a while since we even saw Yara, and I like that the writers allowed us to extrapolate the fact that Theon had been watching his uncle’s boats and Theon waited until Euron was at the Red Keep to make his move to rescue Yara. We didn’t need to see Theon plotting or whatever, and it was a good rescue. As soon as Yara was free, she headbutted Theon (remember, he left her to be captured by Euron in Season 7) but then offered him a hand up. Later, they’re sailing to the Iron Islands, which Yara figures they can recapture with Euron away. Yara also reasons that if everything goes to hell in the North, Daenerys will need somewhere safe to go and the Iron Islands would be that place. Theon calls Yara his queen (that was beautiful) and she gives him permission to go North and help the Starks.

Cersei’s Elephants are a metaphor for something. Euron has transported the Golden Company to Kings Landing, which involves 20,000 soldiers and 2,000 horses… and no elephants. Cersei is so mad about the elephants. Bitch was promised elephants. Euron was all “so now that I’ve done all this sh-t for you, we’re going to bang right” and she’s all “nah, I respect myself too much” and then five minutes later she’s postcoitally bitching about the elephants again. I actually loved Euron in that scene – he DGAF and Cersei finally appreciates it. Euron’s like “I’m gonna get you pregnant for sure gurl” and she’s all “mmhmm” while thinking about the Kingslayer baby she’s already carrying.

Dany the Daddy-Killer. It started innocently, Dany wanting to thank Sam for saving Jorah’s life, but then she’s like “oh you’re name is Tarly, btw I killed your dad and your bro.” Sam is devastated, but… like, remember his father? His father was a total douchebag who verbally abused him all of his life. His brother Dickon Tarly wasn’t a bad guy, so I get the grief for him. But Sam really could have shrugged off his father’s death, I think.

Tormund is alive! I’m so happy that Tormund is alive but that zombie child hanging on the wall scared the crap out of me. Tormund and his crew are joining up with the Night’s Watch to ride to Winterfell. It’s all happening, people!!

Aegon Targaryen, Sixth of His Name. Jon visits the Stark crypt to light candles for Ned Stark, the man who raised him as his own son. Sam Tarly comes in and is like “hey did you know about my dad?” and Jon is like *shrug*. Then Sam is like “oh hey Bran and I figured out who you really are, you’re the son of Lyanna Stark and Rhaegar Targaryen and you’re the real king of the seven kingdoms” and Jon is all ZOMG. Sam should have emphasized this: Ned lied to him his whole life for a reason, because Robert would have killed him. Ned honored his promise to Lyanna. The thing is… how would Jon ever be able to prove any of it? He wouldn’t. Sam has evidence that Lyanna and Rhaegar married, but that’s it. We also know Jon is good with dragons. I don’t know.

The Three-Eyed Raven Remembers. A shadowy, caped figure enters Winterfell on horseback. He dismounts his horse and checks out his surroundings, prepared (perhaps) to announce himself and join in the fight. The figure is… Jaime Lannister with a dye job. The first person he sees… Bran Stark, in his wheelchair. Bran hasn’t seen Jaime since Jaime pushed him out of the window. And that’s how the episode ended. OH DAMN. This is some full circle sh-t huh.

We didn’t even get to Bronn and how he’s been tasked with killing Tyrion and Jaime. Here’s a preview for next week’s episode: 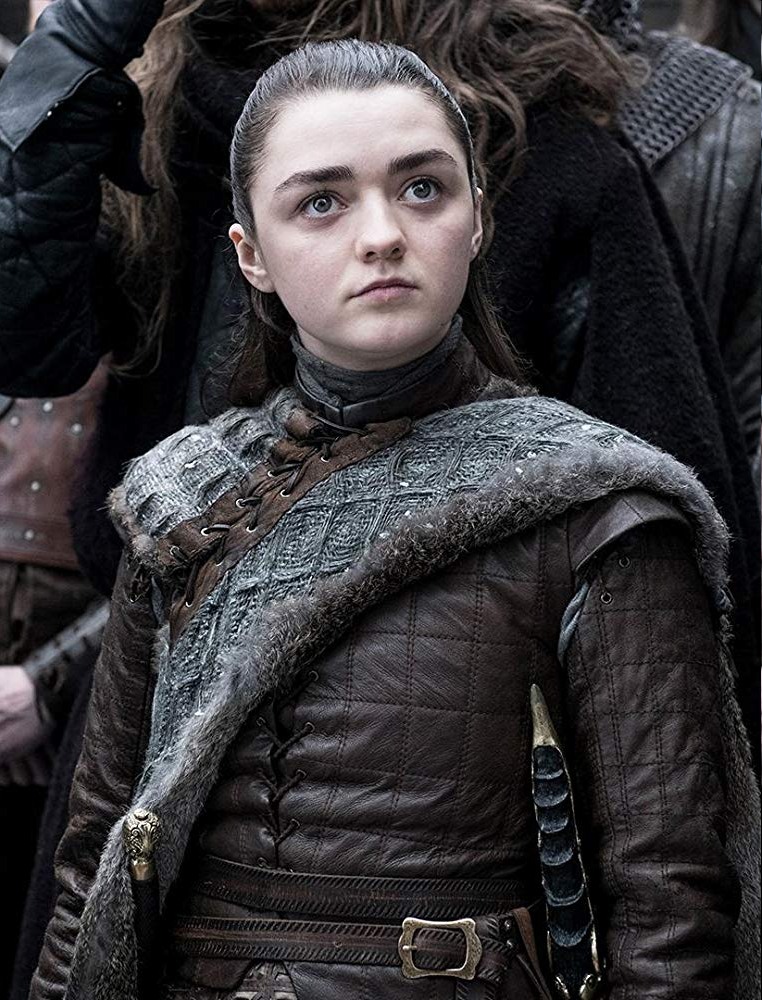 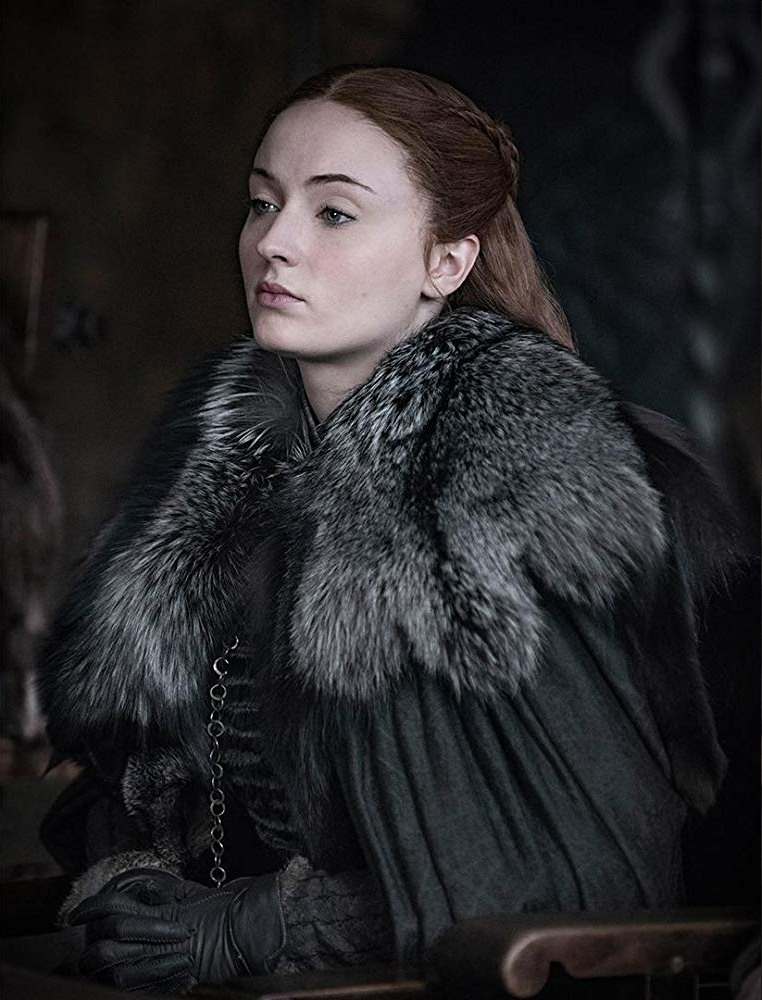 Photos courtesy of HBO/Game of Thrones.

The Walking Dead Teaser Promises a New World Is Coming, and We're a Little Worried

This Guy's on Fire! Tyler Henry's Reading With Macklemore Hits Home for the Musician and His Family on Hollywood Medium

Are Big Brother's Lewis Flanagan and Ellis Hillon at the last-ever finale on Channel 5 after being removed?