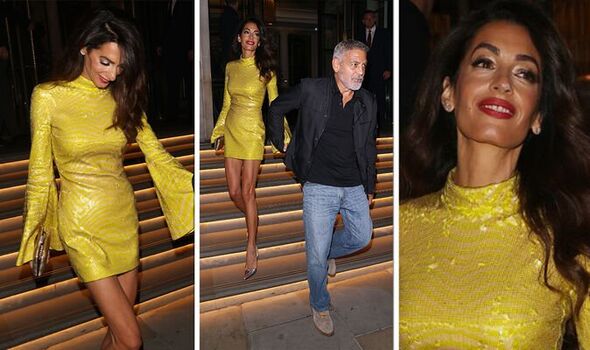 The 44-year-old beauty sparkled as her sequined dress reflected the lights and camera flashes of paparazzi as she and George exited their hotel, making their way to the Ticket To Paradise afterparty.

The 44-year-old Lebanese-British barrister, who married Hollywood heartthrob George Clooney back in 2014, put on a dazzling display while supporting her spouse, who was promoting his latest romantic comedy film, which is set to be released in cinemas across the UK on September 16.

Starring alongside George is powerhouse actor Julia Roberts. The pair also helped produce the film, which focuses on two divorced parents who travel to Bali after learning their daughter, Lily, is planning to marry a local, Gede, whom she has just met.

Although the event was held to promote the film, Amal effortlessly stole the show, first with a slinky slip dress worthy of the occasion which she wore on the red carpet, then changing into the much shorter cocktail dress, which featured a high neck and billowing sleeves.

Ever the fashionista, the human rights activist paired the dress with a pair of metallic high heels, and clutched a small gold handbag in one hand, whilst George clung to her other, leading her down the steps of their swanky London hotel to the afterparty. 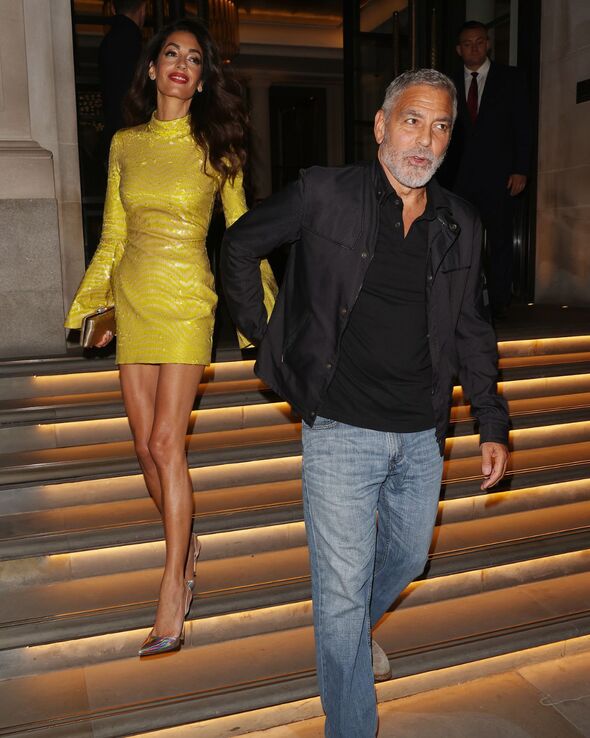 George Clooney clung to his wife with a firm hand hold, as he led her into a car, heading to celebrity hotspot 180 Strand. 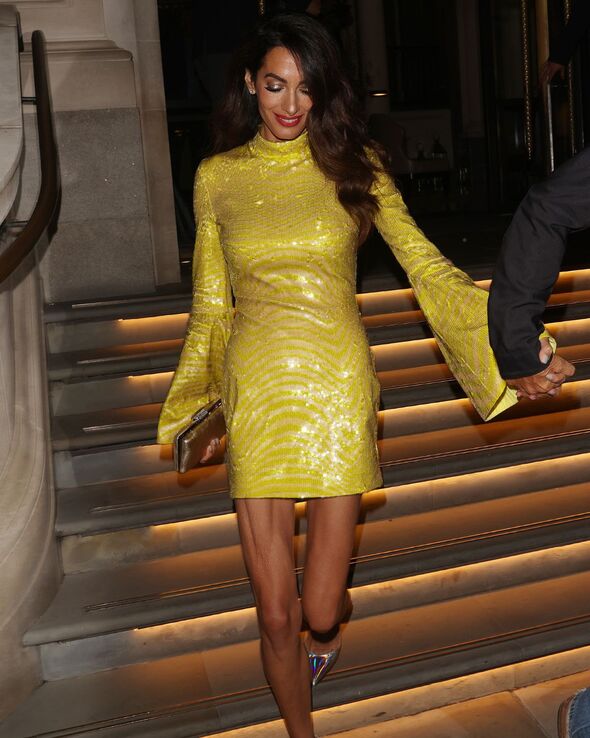 Amal’s supple, yet seriously strong, leg muscles were on display as she walked down hotel stairs

Both her thigh and calf muscles were elegantly on display as Amal chose to wear an above the knee dress. The star’s impeccable shape comes as no surprise as she reportedly sticks to a super healthy “Mediterranean fish diet,” cooked by the couple’s full-time private chef Viviana Frizzi. 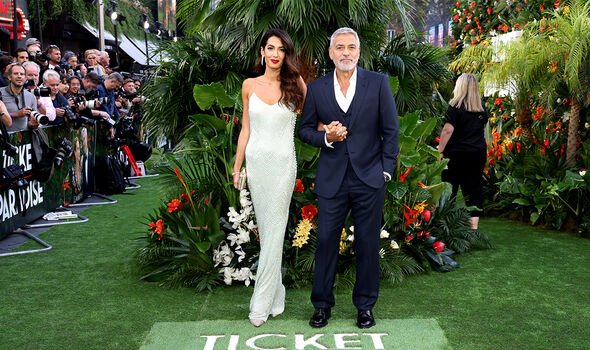 Taking to the red carpet outside London’s Odeon Luxe Leicester Square, Amal wore a formal gown which had beads arranged in a chevron. She paired the look with diamond jewellery, a tiny gold clutch – which she later reused for the afterparty – and pointy-toe heels. 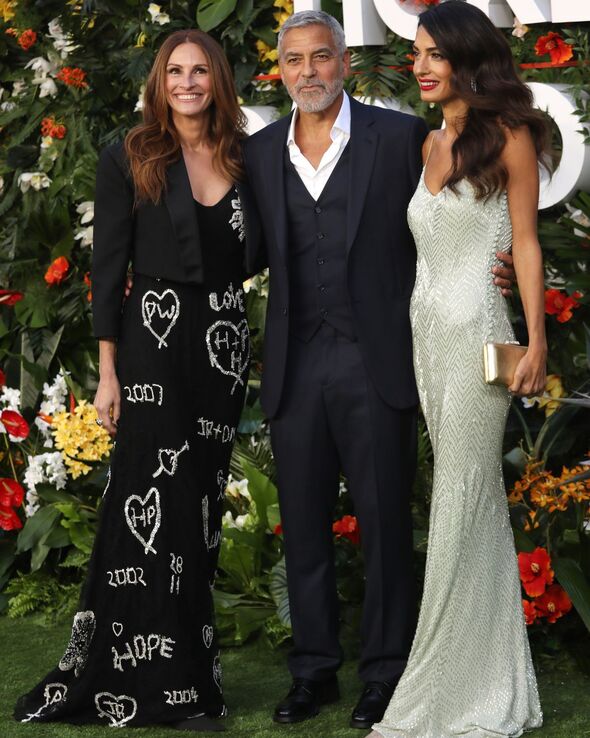 George, who looked dapper in a sleek three-piece navy suit with a crisp button-up and black dress shoes, and Amal were joined by 54-year-old Julia, who wore a black Alexander McQueen dress with the words “love,” “hope” and “darling” embroidered throughout. Dedicated to her family, the dress also featured her children’s initials, as well as their birth years; hearts with arrows going through them; her and her husband’s initials “JR HM”: and the year they got married. 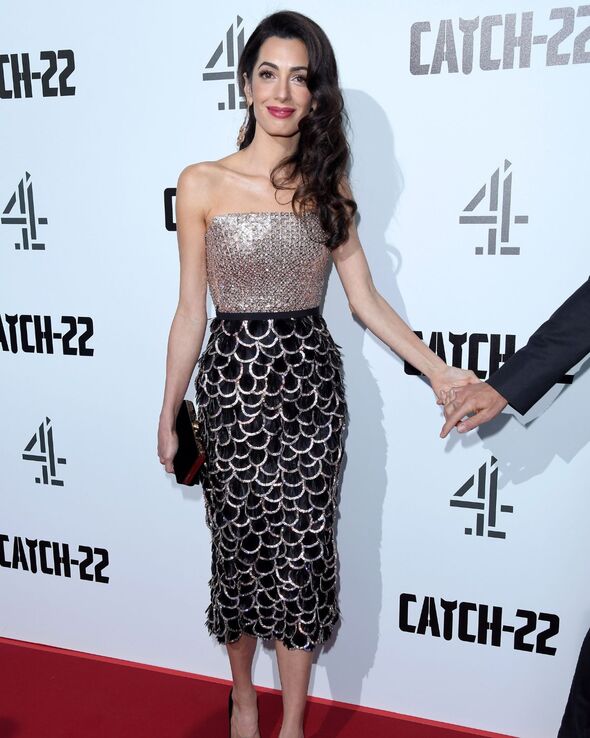 Back in July 2022, British Vogue labelled Amal “Queen of the party dress”, examining some of her most iconic looks over the years. Usually dressed in vintage pieces from Christian Dior, Versace or Bill Blass, one of the star’s most iconic looks was a quintessential Ralph & Russo dress which she wore on the red carpet for the premiere TV series Catch-22 back in 2019. 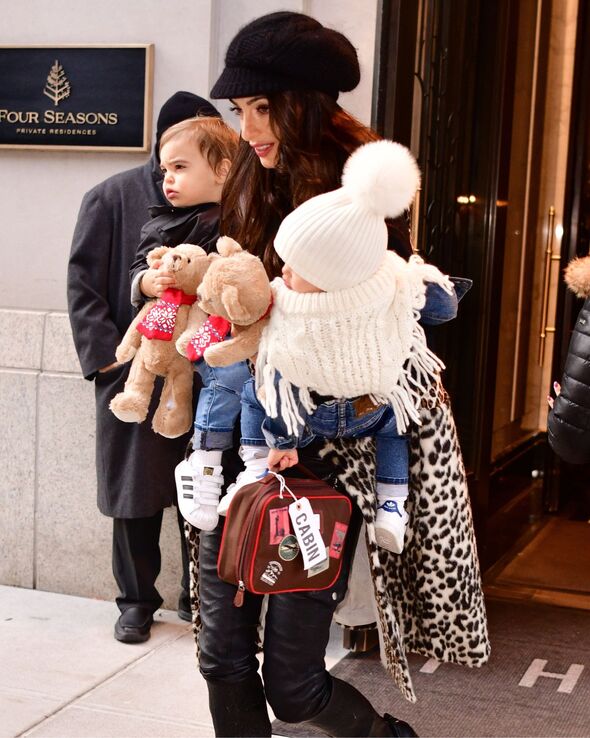 Amal as a mother: a throwback 2018 shot of Amal with her and George’s twin children

The pair share now five-year-old twins Ella and Alexander, who can be seen here as young children, carried by their mother as they exit a New York residence armed with teddy bears and toys.

Man fighting for life after falling from university building