Helen Skelton’s TV company has HALVED in value despite assets of £434,000 – after her property firm with ex Richie Myler was threatened with closure

Helen Skelton has seen her TV company halve in value in the past year.

The Strictly Come Dancing star, 39, started her firm Skelton Productions Limited, to manage income from her television work, and despite having assets of £434,000, now owes £265,000 to creditors.

It comes just weeks after MailOnline revealed that a property firm Helen set up with her husband Richie has been threatened with closure, after it failed to file legally required accounts. 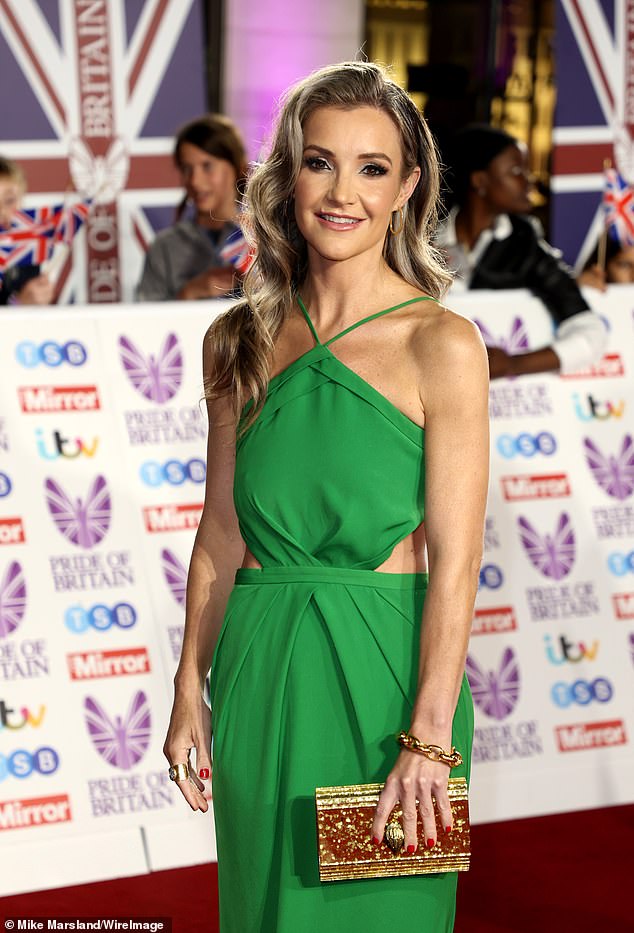 Figures: Helen Skelton has seen her TV company halve in value in the past year

According to Companies House documents, Skelton Productions Limited, owned entirely by Helen, saw its worth slide from £348,305 to £168,960 in the 12 months to October last year.

MailOnline has contacted representatives for Helen Skelton for comment. 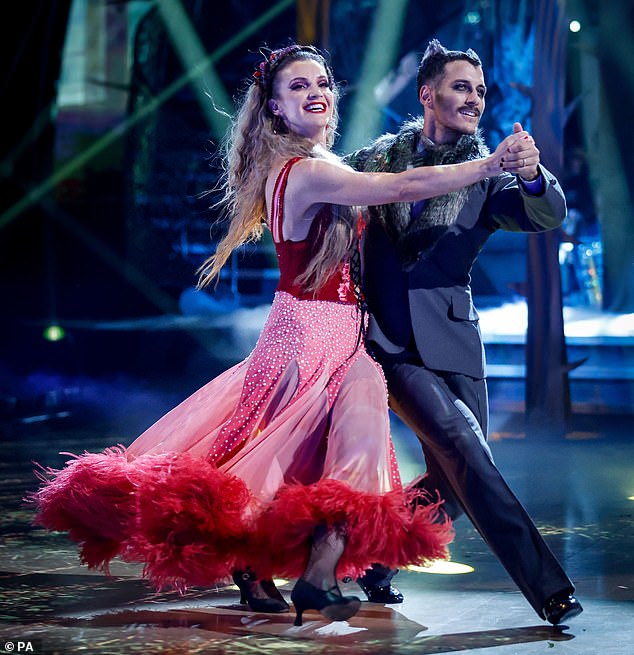 Raking it in! The Strictly Come Dancing star started her firm Skelton Productions Limited, to manage income from her television work, and has assets of nearly £434,000

Earlier this month it was revealed a property company Helen owned with ex Richie Myler could be shut down.

The Countryfile presenter, and her recently estranged husband, 32, are facing the forced closure of their business Myler Properties LLP, after it failed to file legally required accounts.

The company – which was set up in January 2020, when they were still together – has been warned of an impending ‘compulsory strike off’ order, which would necessitate it to be shut down. 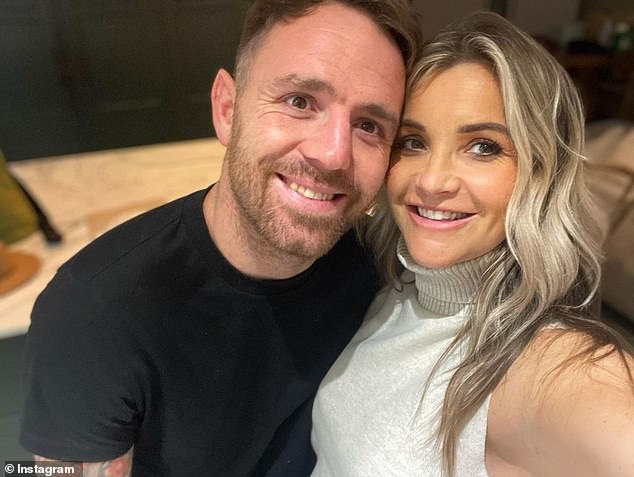 Time is running out: It comes just weeks after MailOnline revealed that a property firm Helen set up with her husband Richie has been threatened with closure

Helen and Richie have until 6 November to successfully show cause that Myler Properties LLP should not be struck off.

Documents just published show Myler Properties LLP has failed to produce accounts showing the partnership’s income and expenditure, which were due to be lodged in January.

As a result, assets held by the company could be seized and the business could also face a fine of £1,500 for not filing accounts.

Companies House Rules say: ‘Not filing your confirmation statements, annual returns or accounts is a criminal offence – and directors or LLP designated members could be personally fined in the criminal courts.’ 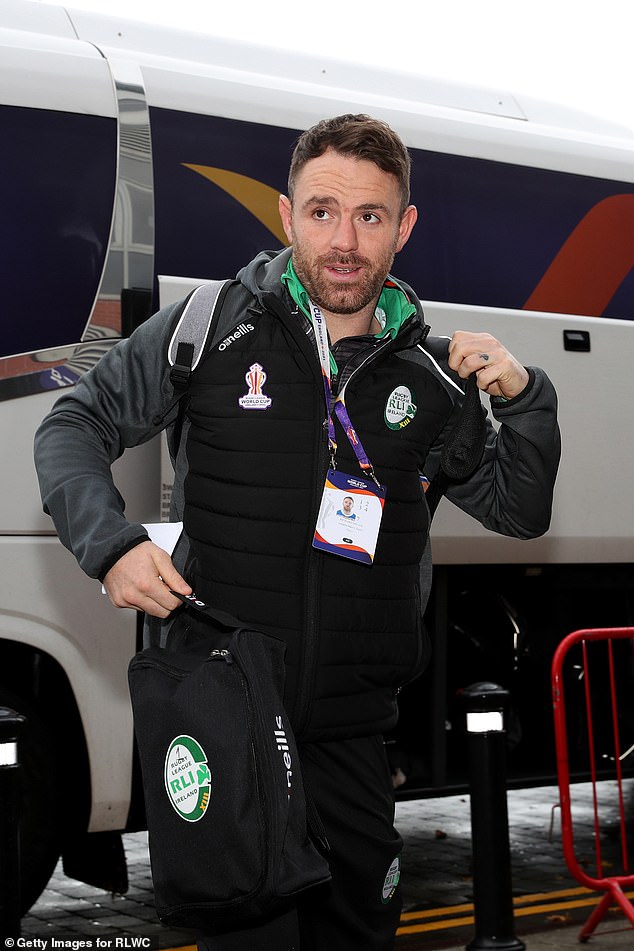 Ex: It comes after Helen’s ex Richie revealed that he has set his Instagram to private after allegedly receiving hateful messages from followers

In addition to Myler Properties LLP, Helen co-owns a construction company with Richie, Myler Construction Limited, which is still trading after being incorporated in January 2018.

It comes after Helen’s ex Richie revealed that he has set his Instagram to private after allegedly receiving hateful messages from followers.

The rugby player reportedly explained via Instagram that he would be ‘removing followers one by one’.

He and Strictly star Helen ended their eight year marriage earlier this year, with the sportsman’s new relationship with Stephanie Thirkill, 32, coming to light just days later – with it recently being revealed that the latter is now pregnant with the couple’s first child. 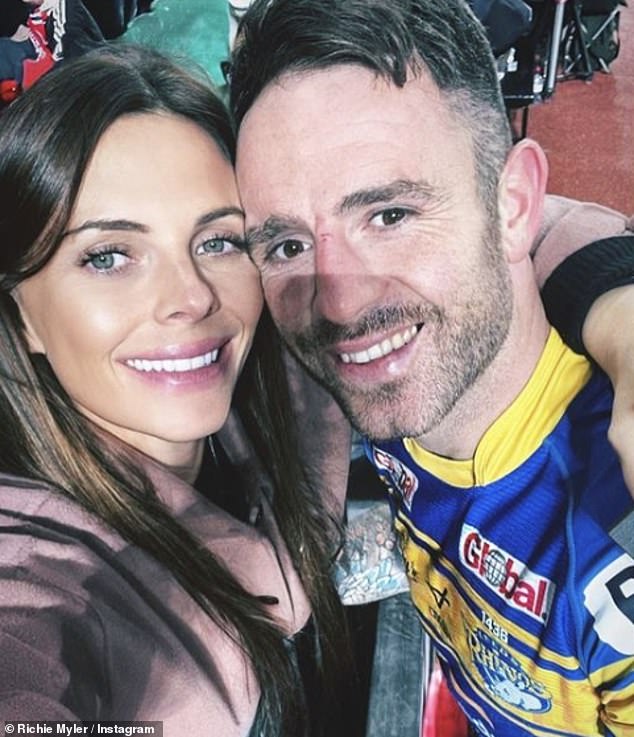 New love:  It was recently revealed that his new girlfriend Stephanie Thirkill is now pregnant with her and Richie’s first child

According to the Daily Star, the Ireland player reportedly posted to his Stories explaining the decision, noting the abuse that he has recieved while the account was public.

The soon-to-be dad of four allegedly penned: ‘I’ve decided to put my profile private from now on. If you are on here to share my photos or stories of me and my life maliciously to other people or waste your time sending me abusive messages, please just unfollow me.

‘I’m going to start removing people from my account one by one, so if you are a genuine rugby fan and I accidentally remove you, I apologise in advance and will accept you back! Thank you, Richie.’ 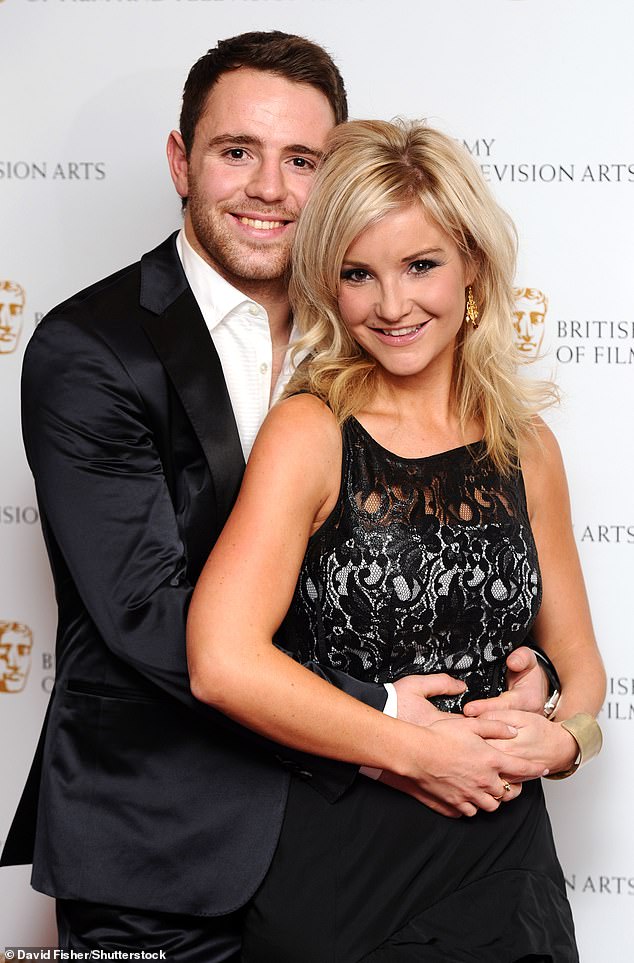 Case of the ex: In a recent interview with The Telegraph , Helen, who shares three children with Richie, refused to comment on Richie’s new relationship out of respect for all involved

It emerged earlier this month that Richie is expecting a baby with his new girlfriend, and on Saturday night’s Strictly, Helen looked teary as her dance partner Gorka Marquez spoke out about her ‘difficult time’ live on the show.

And in an interview with The Telegraph, Helen, who shares three children with Richie, refused to comment on Richie’s new relationship out of respect for all involved, noting: ‘You cannot have any opinion on anyone else’s life until you’ve walked in those shoes.

‘And my family are happy, my kids are happy, and that’s all ultimately that matters.’

She explained that she agreed to take part on Strictly to cap off the year on a positive note, claiming: ‘I think it would have been disrespectful for me to have not done Strictly. For my family, who need to see me have a great time. It’s not just for me.’

Helen went on: ‘I don’t see myself as a victim, no, because I mean, look…  There are a lot of people who have been in my situation who haven’t been given the opportunities that I’ve got.’ 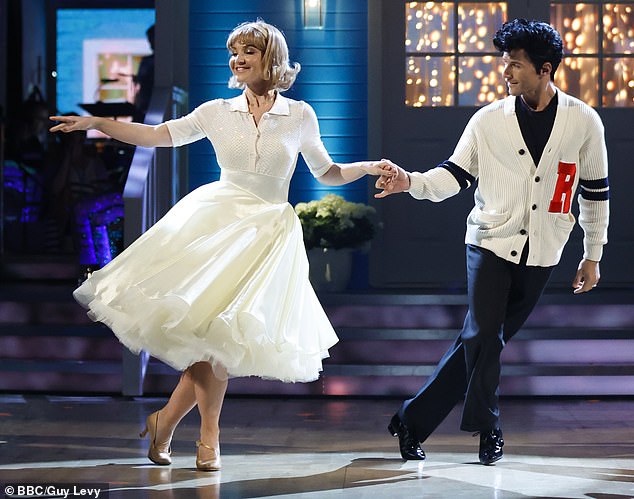 Sensational: Helen has been impressing with her moves on Strictly Come Dancing (pictured with her professional dance partner Gorka Marquez)

Meghan Markle just wore her sassiest high heels ever – did you notice?

Facebook Messenger showing 1 message – How to get rid of notification