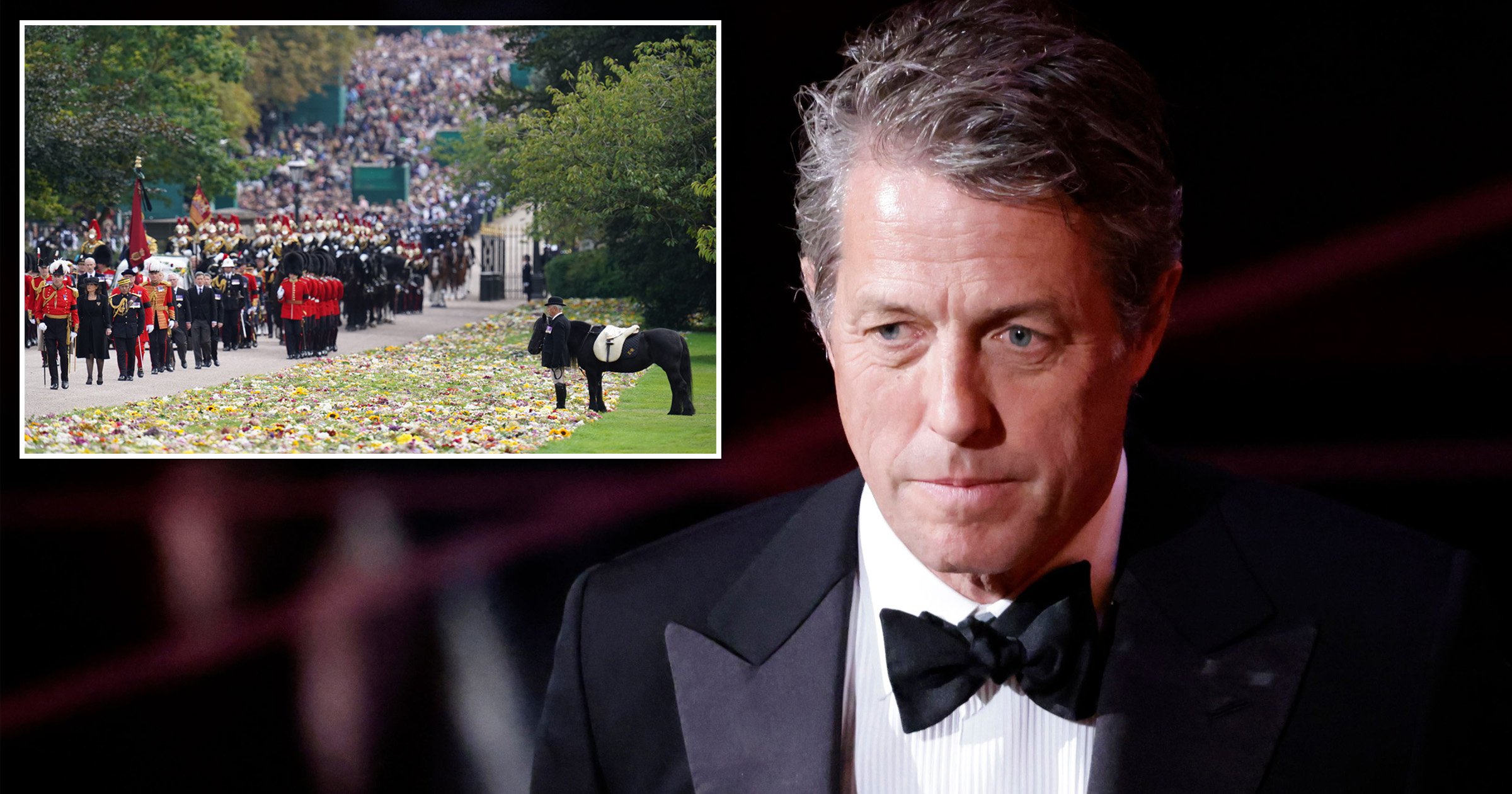 Hugh Grant reflected the thoughts of the nation as he shared his reaction to seeing Queen Elizabeth II’s pony Emma waiting for her funeral procession to drive past at Windsor Castle.

Alongside the monarch’s remaining two corgis, the loyal animals were lined up to observe their owner’s coffin being carried to St George’s Chapel, bringing a tear to many a viewer’s eye.

Footage showed puppies Muick and Sandy, who were a ‘constant joy’ for the late monarch during the pandemic, patiently awaiting outside.

Meanwhile, her faithful fell pony Emma was also seen standing on her own as the carriage passed by.

It was this image that got to actor Hugh, who took to Twitter to share his emotion.

‘Emma. Sob,’ he simply put, inserting a horse emoji into the tweet so it would be obvious as to who he was referring.

‘It stuck in the throat a bit.’

Others were equally moved by Emma, especially as they pointed out that the late sovereign’s scarf – which she so often wore while out riding – was laid across her saddle.

As one social media shared a photo of the personal touch and called it ‘quite something’, another replied: ‘You have just totally finished me off with the headscarf.’

After their lifelong owner’s death, the dogs will now be looked after by her son, Prince Andrew, who gifted them to her originally after the death of her husband and his father, the Duke of Edinburgh.

Emma’s fate is as yet unknown, but royal biographer Claudia Joseph told The Post that the horses would most likely also be staying within the family.

She said: ‘It is likely that the queen’s daughter, Princess Anne, and [Anne’s] daughter, Zara, who were both Olympic equestrians and well-known horse lovers, are likely to be involved in what happens next to the queen’s animals.’

Mom called daughters as California wildfire raged: ‘It’s all around me. I love you’