Lili Reinhart took to Twitter on Friday, May 1, and it seems she may have addressed rumors that Cole Sprouse cheated on her with Kaia Gerber.

To be clear, Reinhart did not mention the gossip specifically—rather, she knocked online trolls for starting the hashtag #ColeSprouseIsOverParty, which was trending on Twitter at the time. (Grain of salt here, though: It's not clear if this hashtag started because of the cheating accusations—but that's the only negative story about the Riverdale star circulating the web right now.)

"Twitter is such a vile place," Reinhart wrote. "It’s so easy to say shit behind your fucking phone, isn’t it? This is why people choose to keep their relationships private… this is why people don’t have social media.. because of this bullying…I don’t tolerate any of that shit. Bully me? Sure fine. But attacking someone for literally no reason, just for the sake of a fucking Twitter trend? Please…. reassess yourself and your ego before you send another tweet into the abyss."

She continued, "It’s easy to criticize someone and spew hate because it makes you feel like you have some sort of power over them. Truth is…you don’t. Saying you hate someone or don’t like them gives you absolutely no power over them. You need to tweet about someone you literally don’t know in order to feel like you have something going on in your life? That’s sad. It’s really fucking sad. You want to feel validated or important? Attacking someone online won’t give that to you. Do something helpful with your time and be better."

Reinhart ended her Twitter thread by saying, "I refuse to keep my mouth shut about things like this. You have no idea how destructive this can be to someone. To anyone. It’s abusive. There is no excuse for this. You need God in your life or some form of help if you participate in cancel culture."

To catch you up to speed, in April, a report surfaced that claimed Cole Sprouse cheated on Lili Reinhart with Kaia Geber. According to Elle, this started after fans thought Gerber and Sprouse hung out in Los Angeles. Reinhart seemingly addressed the rumors back then in a since deleted tweet, writing, "Twitter is actually the most toxic form of social media. People are assholes for the sake of being assholes. Do you not understand karma? It’s fine if you don’t, you’ll understand when it bites your miserable ass."

Then it was Sprouse who took on the "baseless accusations," writing on his Instagram Story, “I tolerate a lot of rumors and slander from people online claiming to be my fans. Fans who feel entitled to my privacy precisely because I never indulge them. But attacking my friends, baseless accusations, leaking my address, and sending death threats are all qualities of insanity and fanaticism. Choose humanity stop being [clown emoji]." 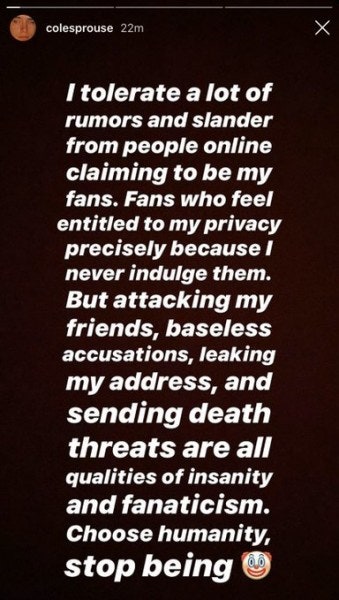 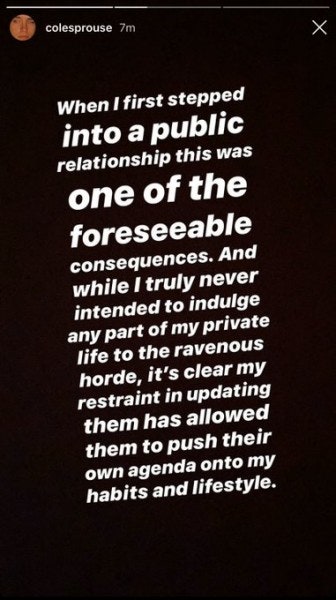 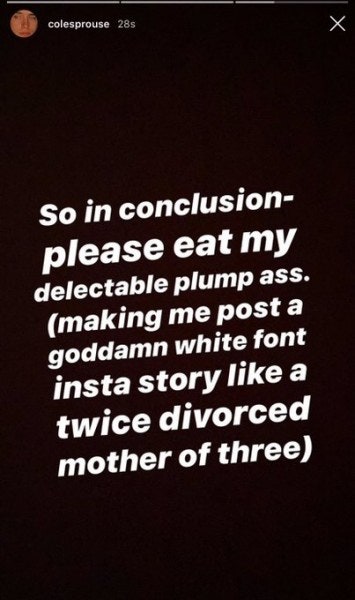 Sprousehart shippers needn't worry. In the thick of all this, a source told E! that the couple is still very much together. "Lili and Cole are still together. They haven't been [in quarantine] together but haven't split," they said. "Their relationship is always up and down, but they do talk every day and care very much about one another. Lili and Cole have been trying to be more low-key."

As for Gerber, the same source told E! the photos that made fans think Sprouse and the model were hanging in L.A. are "old" and that the two are "just friends and have never been romantic."

British man, 35, is mauled to death by a great white shark in Sydney

Saint or sinner? A much darker side to Mother Teresa…