Home » Celebrities » Jon Stewart Clarified His Criticism of the 'Harry Potter' Goblins: 'I Am Not Accusing J.K. Rowling of Being Antisemitic'

The stars of Harry Potter recently reunited for an HBO Max television special, but author J.K. Rowling was noticeably absent from the on-screen gathering.

The creator of the Wizarding World has offended many people with transphobic comments and articles she’s made in the last few years. Unaccepting of non-binary and transgender individuals, Rowling has faced a viral storm of backlash but has refused to apologize or back down. 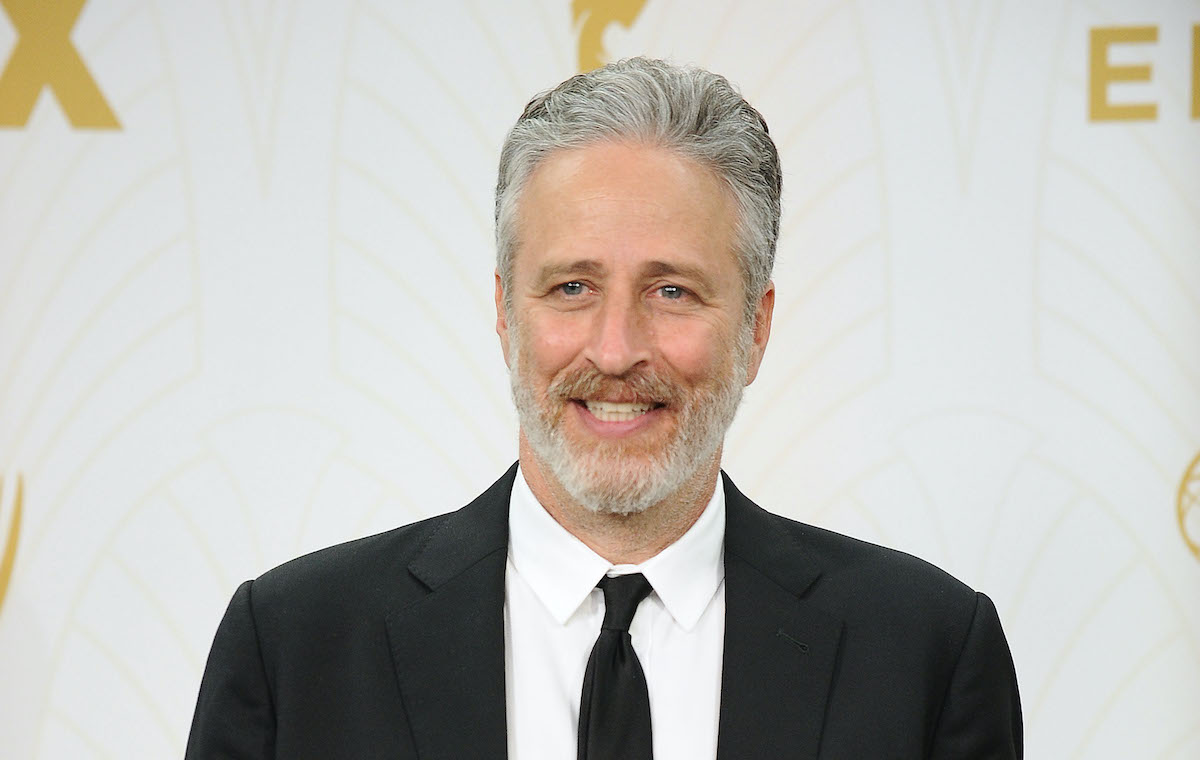 Recently, her name was back in the spotlight when comedian Jon Stewart talked about her characterization of the goblin bankers in the Harry Potter series as an antisemitic trope.

What did Jon Stewart say about the ‘Harry Potter’ goblins?

On a recent episode of the podcast The Problem with Jon Stewart, the comedian compared the Harry Potter goblins to the illustrations of Jewish people in the 1903 book, The Protocols of the Elders of Zion.

According to the Holocaust Encyclopedia, the 20th-century book is infamous for containing antisemitic text that “describes the ‘secret plans’ of Jews to rule the world by manipulating the economy, controlling the media, and fostering religious conflict.” They claim the book is “the most notorious and widely distributed antisemitic publication of modern times.”

In his podcast, Stewart claimed the goblins in the film resemble Jews. Insider reported that the former The Daily Show host said he likened the fantasy creatures to “a caricature of a Jew from an antisemitic piece of literature.” He continued, saying,

“J.K. Rowling was like, ‘Can we get these guys to run our bank?’ It’s a wizarding world … we can ride dragons, you can have a pet owl …b ut who should run the bank? Jews.”

The comedian acknowledged that he was shocked other viewers didn’t notice the comparison, saying he thought audiences would be outraged.

The 59-year-old comedian later defended his comments, saying he was not accusing Rowling of being antisemitic, stating he was merely having a “lighthearted conversation amongst colleagues and chums.”

According to The Guardian, the former Academy Awards host posted a video to Twitter to clarify what he said on the podcast. Stewart declared,

Frustrated by the viral attention his comments got, the comedian further explained,

“I really love the Harry Potter movies, probably too much for a gentleman of my considerable age … I cannot stress this enough. I am not accusing J. K. Rowling of being antisemitic. She need not answer to any of it. I don’t want the Harry Potter movies censored in any way. It was a lighthearted conversation. Get a f—— grip!”

The Hollywood Reporter spoke to the director of policy at the Jewish charity, Community Security Trust, who said, “I don’t believe J.K Rowling is an antisemite or responsible for creating antisemitic caricatures.” He explained,

“She has spoken out consistently and repeatedly in support of the Jewish community and against antisemitism when there was no need for her to do so. Consequently, I think in this case, her goblins are just goblins.”

In the magical world of Harry Potter, the goblin bankers own and operate Gringotts Wizarding Bank. Located on Diagon Alley in London, the bank stored valuables belonging to the wizards and witches. It was also a place where Muggles could exchange their money for wizarding currency.

Gringotts was considered the safest place in the wizarding world aside from the Hogwarts School of Witchcraft and Wizardry.

According to Fandom, the goblins that ran the bank were “extremely greedy and would protect their money and valuables at any cost, which made them ideal guardians for the valuables of the wizarding world.”

'General Hospital': Is Nancy Lee Grahn Married and How Many Kids Does She Have?