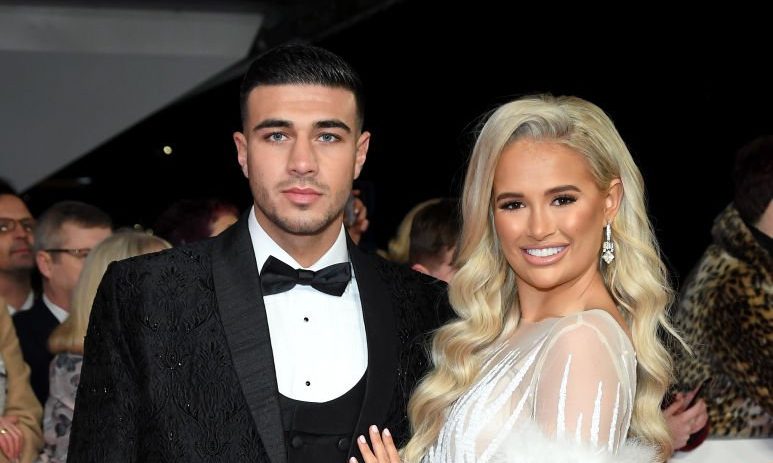 Molly-Mae Hague has spilled the truth about the effects of endometriosis and admits sex with boyfriend Tommy Fury is stlll ‘painful’.

The former Love Island star underwent surgery in November to alleviate symptoms of the inflammatory condition, which she was diagnosed with last year.

Endometriosis occurs when the tissue that lines the womb grows outside of it, often in the ovaries and fallopian tubes.

In her latest YouTube video, Molly-Mae revealed that the procedure has helped to settle her periods but feeling discomfort during sex is still a big issue.

‘I will be honest, I do believe the painful sex symptom is what pushed me into getting my problem fixed, into working out what was wrong with my body because not only was I doing it for me and fixing it for me, which is obviously the main reason, I was also trying to do it for Tommy.

‘In regards to the painful sex, that unfortunately never changed, it is something that is an ongoing issues.’

She added: ‘I had a blood test and MRI scan because I am going to see a specialist in London in regards to that situation.’

Molly-Mae and Tommy, both 22, met on ITV2’s Love Island in 2019 and have been going strong since.

She praised the professional boxer for his support during her endometriosis battle, and admitted: ‘I couldn’t ask for a better boyfriend in regards to my endo journey. He has been so understanding and so caring.’

The fashionista detailed the extent of concerns for her health before it was determined she had endometriosis, and revealed she was ‘fearful for my life’.

‘I was fearful I wouldn’t wake up in the morning. It was so, so horrendous,’ she said.

On a happier note, Molly-Mae and Tommy have just marked a major milestone in their relationship after buying their first home together.

They had been on the hunt to find their perfect home for two years and were forced to flee their rented Manchester apartment in October following a burglary.

Kristen Stewart Dyes Her Hair Orange While in Quarantine