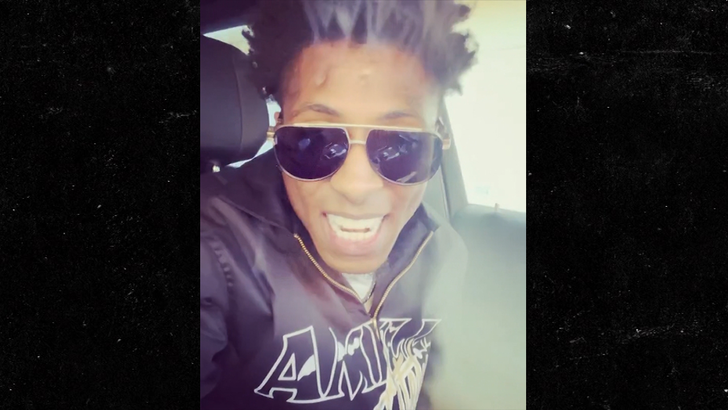 The elusive NBA YoungBoy isn’t exactly outside — due to his legal issues — but he’s peeking his head out into public to pop s**t at his rivals!!!

The Lousiana rapper has been on house arrest since October 2021 and dedicates more focus to the studio than social media these days. He’s making an exception, though, to shade a select few artists who sold their music catalogs just to keep up with his bankroll!!! That’s how he sees it, anyway.

Making good on his nickname “Never Broke Again,” YoungBoy dove into a mini rant while parking his whip … bragging about owning more cars than one person could ever drive.

Future and Public Enemy’s Chuck D are some of the latest rappers to cash in their catalogs … but one particular rapper YB tends to pick bones with is Kodak Black. 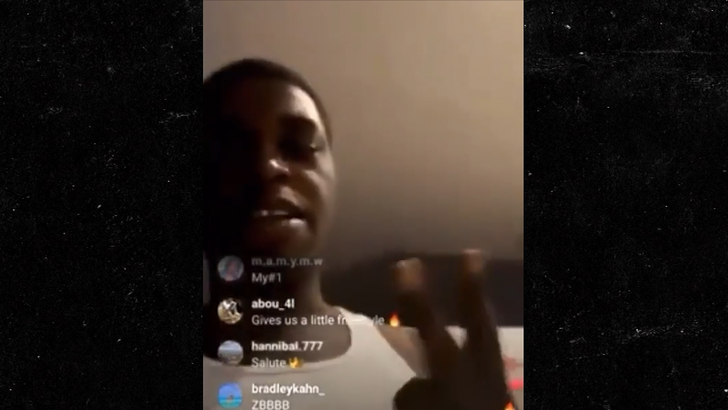 The “Super Gremlin” rapper recently switched to Capitol Records from Atlantic … and made it clear to his fans he wasn’t about to be eating YoungBoy’s dust.

Kodak addressed the need to level up on YB in an Instagram Live ahead of the release of his latest album “Kutthroat Bill Vol. 1” — but will need to kick his studio time into overdrive to truly catch up.

YB has had an extremely prolific year … releasing 4 solo mixtapes “Colors,” “Realer 2,” “3800 Degrees,” “Ma’ I Got a Family” as well as “Better Than You,” his collaborative project with DaBaby.

He has another tape scheduled with his artist Quando Rondo, but fans may have to wait until 2023 for that one. 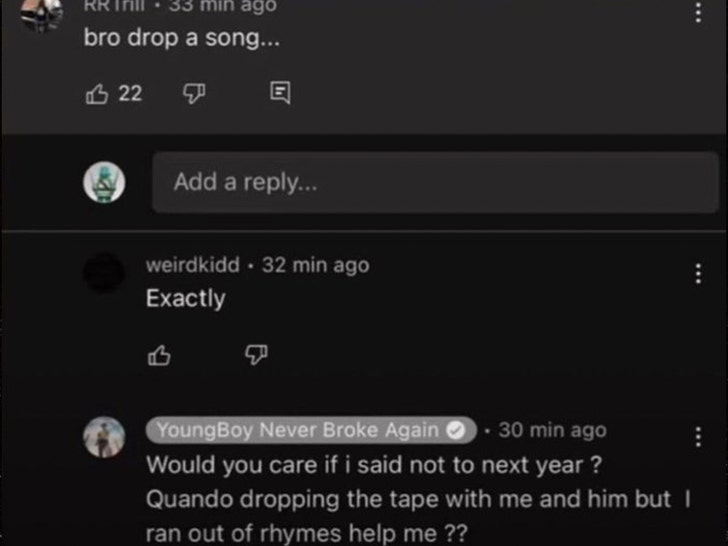 After all those projects, YoungBoy is telling fans on YouTube he ran outta rhymes!!! 😂

The Shade Flies Fast When RHOC Lands in Jamaica