The Total Bellas star, 35, shared a video on her Instagram Stories that showed her and Chigvintsev, 36, both wearing black as they headed to the nuptials at the Terranea Resort in Rancho Palos Verdes, California.

“Hey,” Bella said to her beau as the Lumineers’ “Angela” played in the background. “Hey,” he said, looking up from his phone and smiling.

She later shared photos from the reception with ESPN host Victoria Arlen and former football player Lewis Howes, captioning one pic, “All of us coming together… to celebrate a beautiful love.”

Bella also posted a shot taken with Chigvnitsev in a photo booth. “And then there’s the finger point lol,” she captioned the playful pic that showed the profession dancer pointing at the camera while holding her close.

The professional wrestler made her romance with Chigvintsev Instagram official on March 24 but said in her podcast a few days later that they aren’t exclusive.

She also said that while they are “sleeping together,” they’re keeping things casual, adding, “Yes, I spent the night at his house. … We’re not engaged. We’re not married. We’re not boyfriend and girlfriend. We don’t say, ‘I love you.’ We make out. He’s a great kisser.”

But Bella — who split from fiancé John Cena Opens a New Window. last July after six years together — indicated to Us Weekly on April 5 that things have gotten more serious between them since then and she “would actually be bothered” if she saw him with another woman.

“We’re dating heavy,” she told Us at an event kicking off WrestleMania 35 in NYC. “Like, I only stay the night at his house. Let’s put it that way. … But I don’t like the titles ‘boyfriend and girlfriend.’ It freaks me out.”

Scroll down to see pics from Chmerkovskiy and Johnson’s wedding. 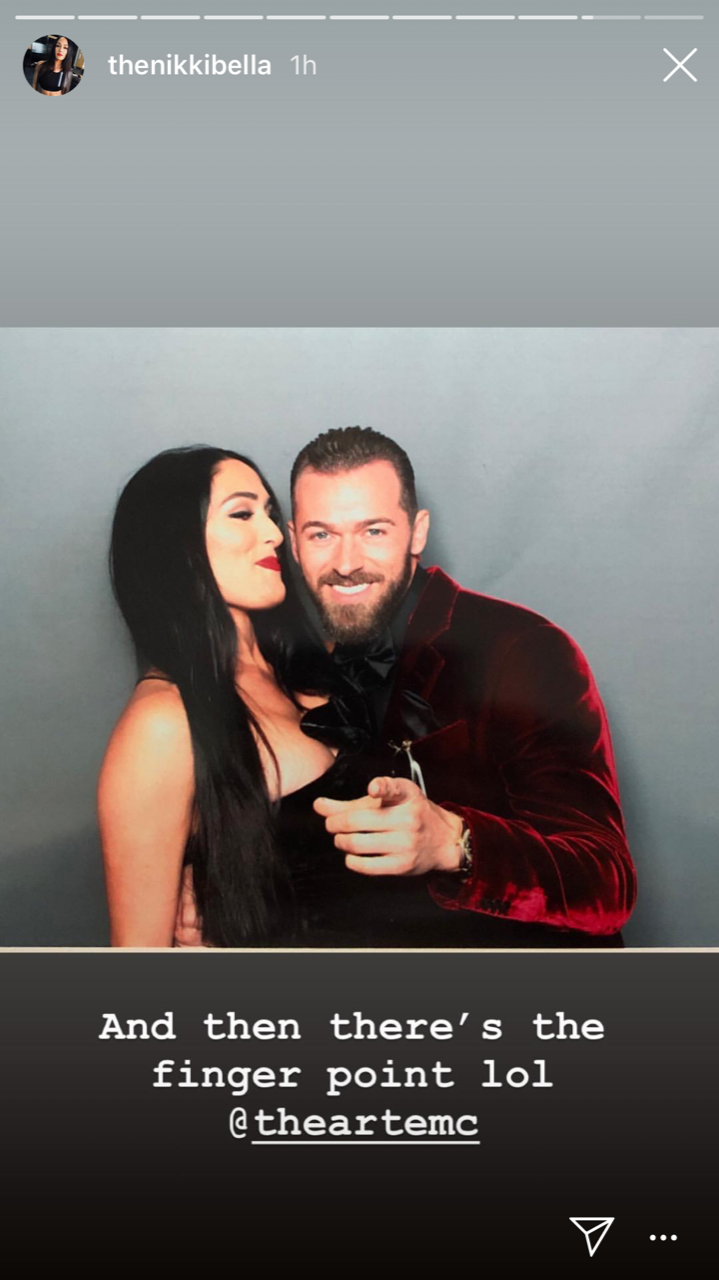 Bella and her beau were spotted together at the reception as Chigvintsev stopped to talk to his fellow dance pros Alan Bersten, Hayley Erbert, Sasha Farber and Emma Slater. 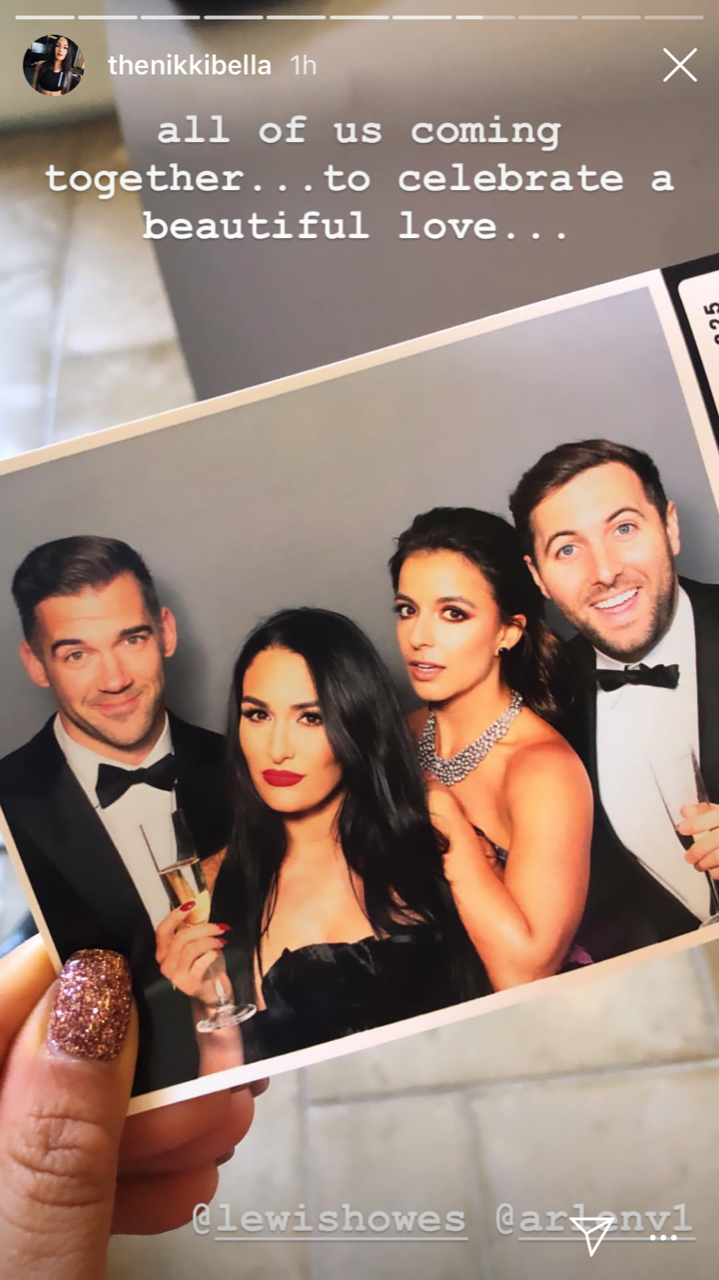 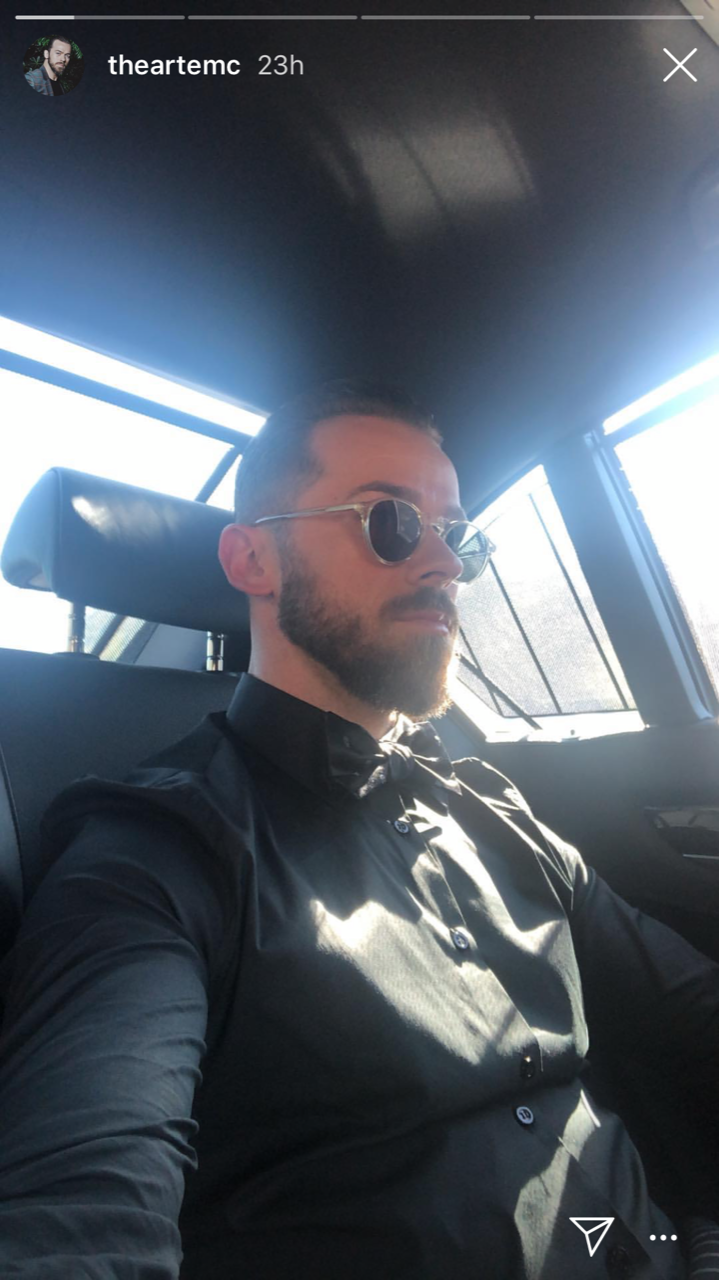 Chigvintsev and Bella were comfortable together as they headed to the wedding of their friends. 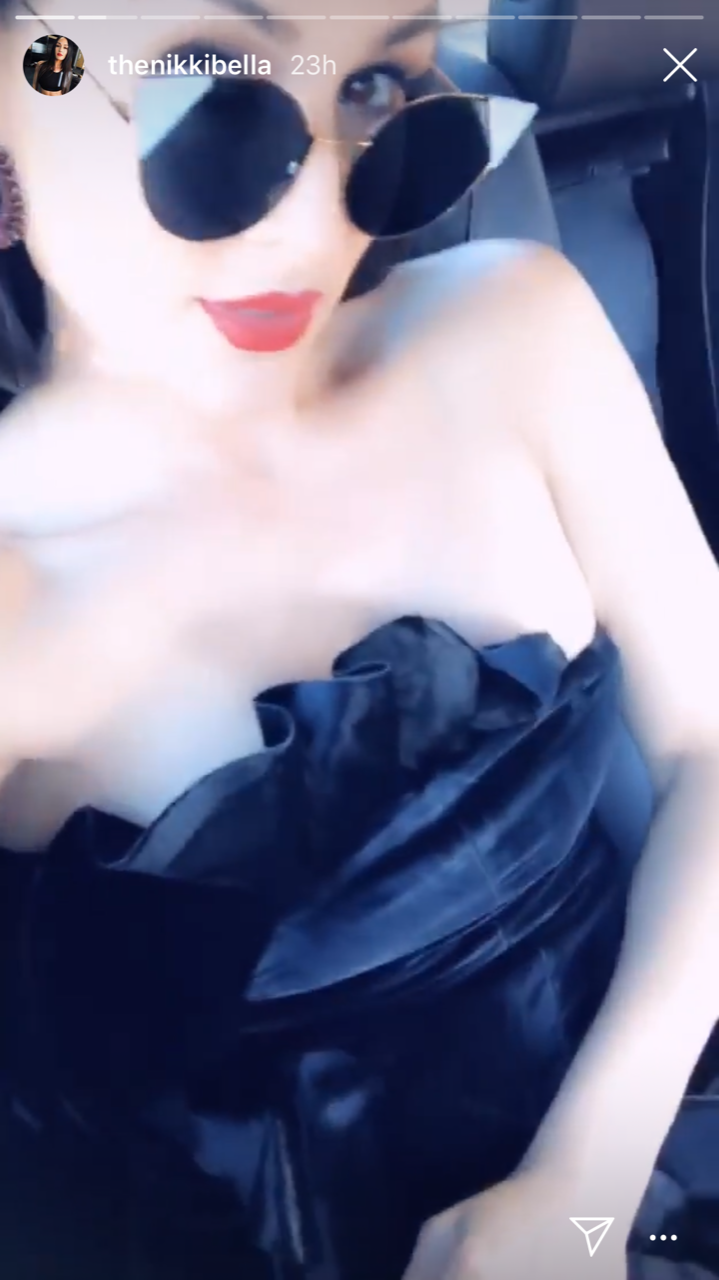 Bella joked about blowing bubbles with her gum in the car and not ruining her bright red lipstick.

Billie Eilish Claps Back At Criticism Over Bikini Pic!