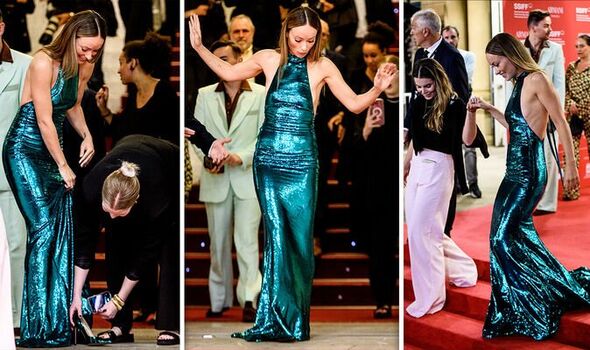 Actress and director Olivia Wilde, 38, had to be helped by staff after she suffered a wardrobe malfunction at the San Sebastian International Film Festival premiere of her new film Don’t Worry Darling. The stumble comes amid a press tour full of controversial moments and rumours the film’s director has attempted to put to bed.

Olivia almost fell over during the premiere after her heel got caught in the skirt of her plunging emerald gown.

The house actress looked sensational in the backless, sparkly outfit, which featured a revealing halter-neck cut.

The mum-of-two paired the outfit with some green high heels and wore her long, blonde hair down in a straight blow dry.

Olivia is the director of the thriller Don’t Worry Darling and also stars in the film in the role of Bunny.

Other actors starring in the film include Florence Pugh, Harry Styles and Chris Pine. 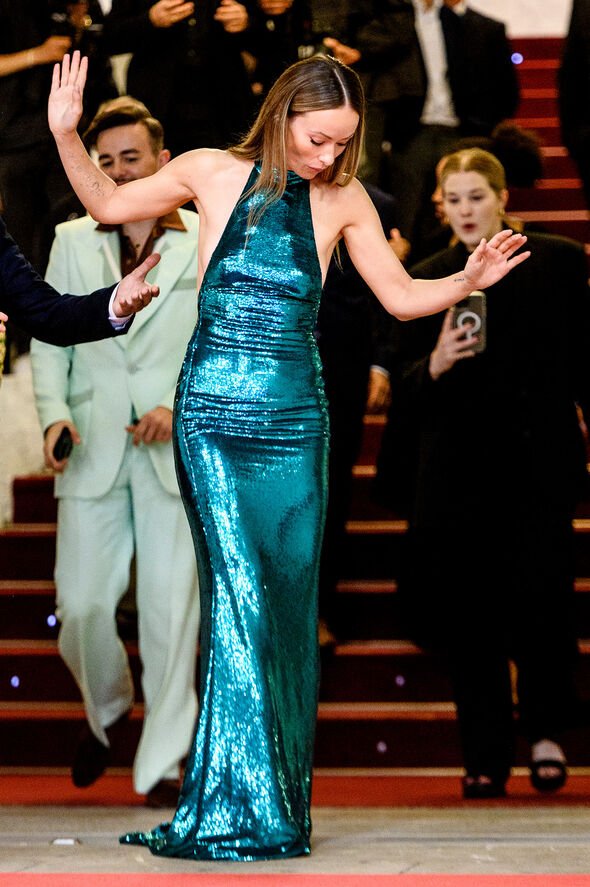 Olivia Wilde, 38, almost took a tumble on the red carpet

The director got her high heeled shoe caught on the bottom of her dress. 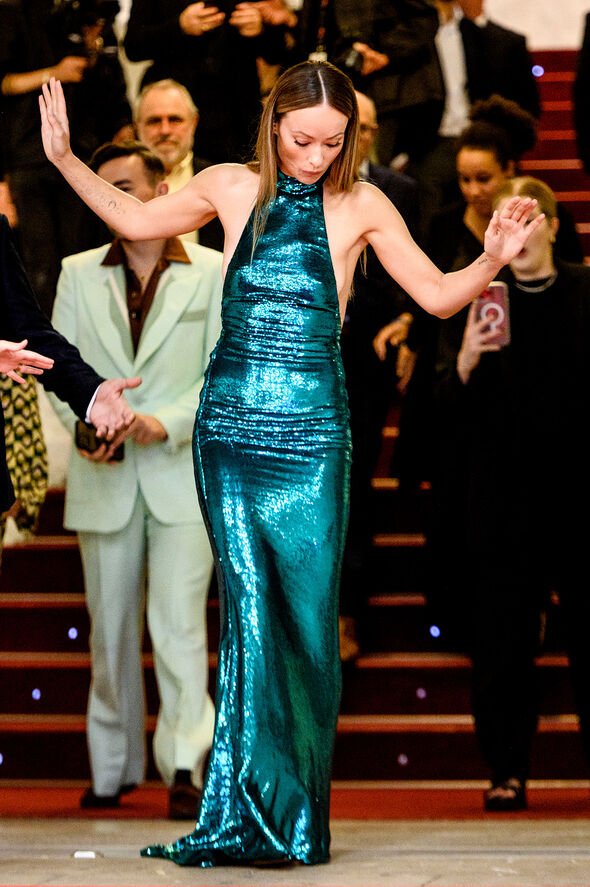 The actress has already been forced to address a number of rumours surrounding her new film Don’t Worry Darling. 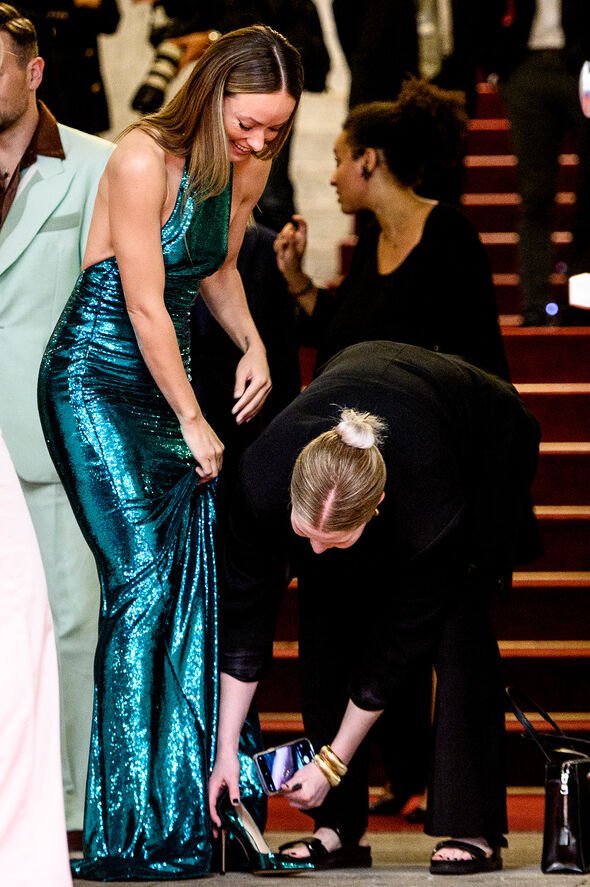 The Don’t Worry Darling star was aided by one staff member, who managed to free her shoe from the fabric of her dress. 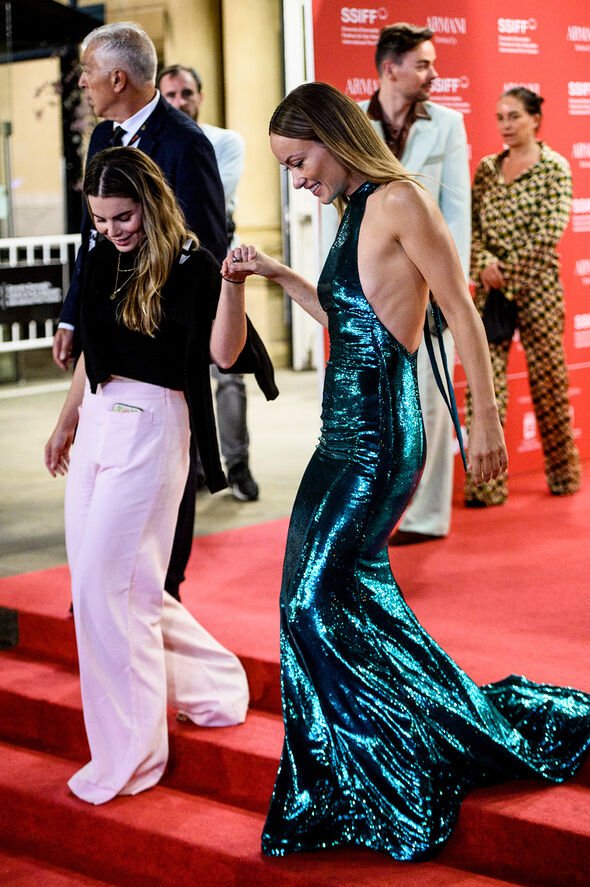 The mother-of-two looked stunning in the figure-hugging frock, which featured a plunging halter-neck design. 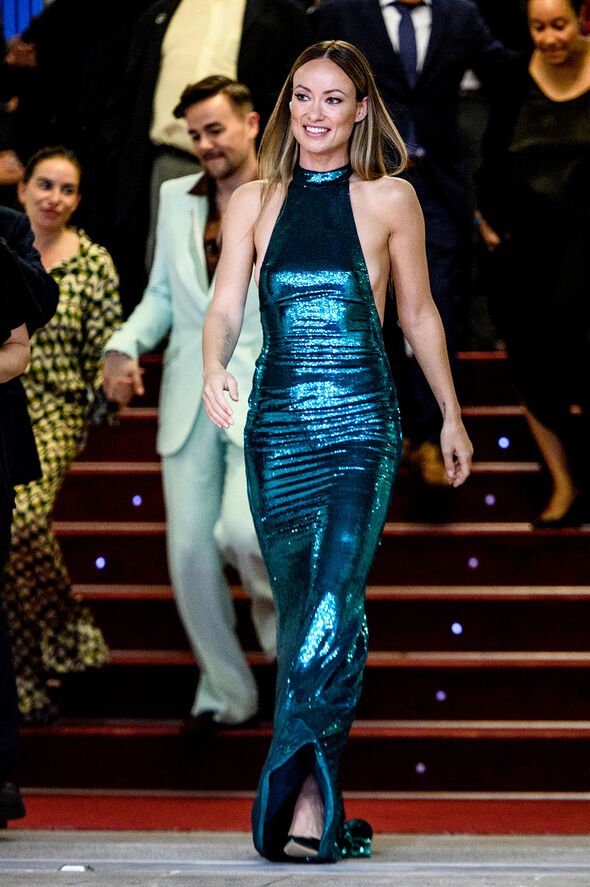 The Booksmart director turned on the charm as she showed off her sparkling, backless dress and matching green heels. 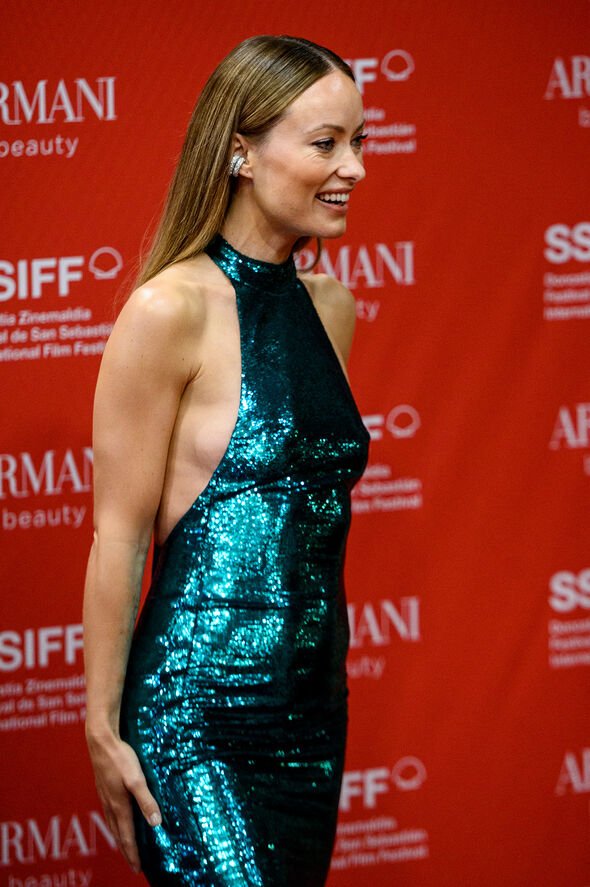 Olivia Wilde opted for a simple hairstyle with some glitzy accessories

The House actress wore a couple of sparkling hoop earrings, while she kept her long hair slicked back in a straight down-do.