Without fail, Chris Harrison announces during every season of The Bachelor that this will be “the most dramatic ending ever.” Fans have come to expect this proclamation, but not necessarily to believe it. But as Peter Weber’s season progresses, it looks like it might actually be the most exciting finale the show has ever had. Peter Weber’s body language with Madison Prewett and Hannah Ann Sluss (his two widely rumored frontrunners) reveals just how challenging this whole process has likely been for him. As of fantasy suite week, he’s also still dating Victoria Fuller, and he said during the episode that he’s in love with all three women.

The season still hasn’t been spoiled yet (which is unusual), so fans are wagering lots of theories about how the whole thing might end. To provide an educated guess about Peter’s thought process, body language expert Traci Brown spoke with Elite Daily about his dynamic with Madison compared to Hannah Ann. It’s complicated, to say the least, and it shows just how different these two relationships are. Hannah Ann was a frontrunner on the season from night one, when she received the first impression rose. Madison and Peter have also had a strong connection the whole time, beginning with their first one-on-one date, when Madison met Peter’s family.

Let’s compare just how loved-up Peter looks with each of them.

Will Ranger Rick (my dad) give Pilot Pete the axe tonight? ?? ♥️

Hannah Ann posted this photo of her and Peter in her hometown of Knoxville, Tennessee, and it’s undeniably sweet and wholesome. “They’re super close here,” Brown says. “He’s even trying to look her in the eye. And at such close range, that’s really intimate.”

Their chemistry is extremely strong — Peter has said so himself. "I’m really turned on by someone who is persistent and who shows me, especially in that kind of atmosphere, that they’re there for me and how excited they are for me,” he said in a Feb. 2020 interview with Cosmopolitan. “Her intention just was so obvious from the very beginning.” 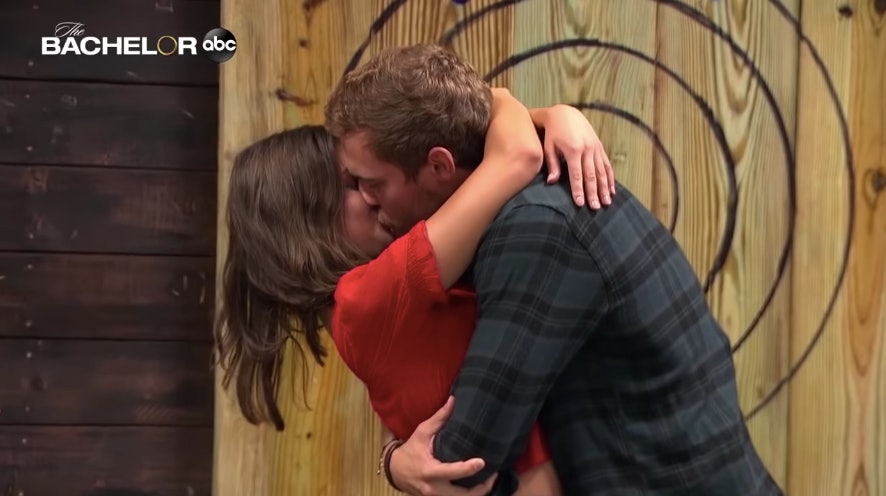 In this kissing photo, Brown notes how close together their bodies are. “He’s really leaning in here, and she’s all about it,” she says. “He couldn’t be grabbing her any tighter, and she’s got him all wrapped up as well.”

This isn’t to say they haven’t had their moments of conflict. During their first one-on-one date, Peter got frustrated when he felt like Hannah Ann wouldn’t open up to him. “I want to know how she’s feeling, but she’s not showing me that,” he said in the episode. “I’m questioning if we do have that deep enough connection.” He left the table at dinner, and Hannah Ann followed him to tell him she was struggling to hold it all together. Ultimately, it was a moment for them to be honest with each other about their reservations, and to learn to communicate more effectively. 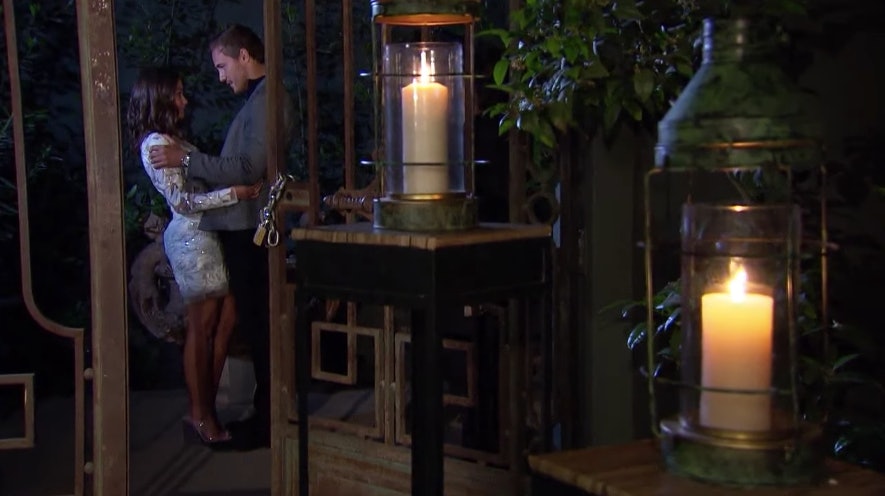 “They’re both leaning away, or so it seems,” Brown says. “But notice how their pelvises are still touching. They’re still really close.” She notes that Peter’s grip on Hannah Ann’s shoulders is a sign of control, but overall, they still look like they’re in sync.

Welcome to the plains, @pilot_pete ! Can I get a War Eagle?!!

Madison’s IG post about hometowns showed her posing with Peter in Auburn, Alabama. “She’s showing ownership of him with her hand on his chest. And she’s excited about it — see her heel off the ground,” Brown notes. Peter, interestingly, is a little more focused on the camera. “His feet aren’t really pointed towards her, and the feet show where the heart wants to go,” Brown explains. 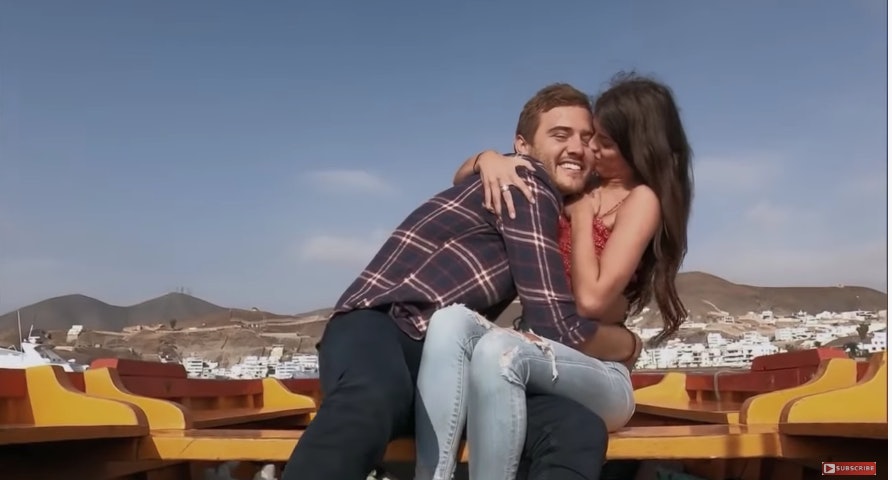 During their second one-on-one date in Lima, Peru, Peter gushed about how much he loves spending time with Madison. “I feel like we have such natural chemistry, we get along so well,” he said. “It just feels so right, just sitting there with her and having her legs over mine, and just tangled up in each other.” He even told her later that day he was falling in love with her. Brown notes the silliness of this moment above, saying, “They’re clowning around here.”

The biggest challenge to Madison and Peter’s relationship came before fantasy suites, when she told him that if he slept with anyone else, she’d have trouble continuing to date him. Brown says it’s obvious there is tension in this exchange. “There’s much more upset here from her than we saw in the situation with Hannah Ann,” she explains. “See how she’s looking down and she has her hand to her face? That’s the tell.” Peter’s arm around her is a sign that he’s trying to comfort her. 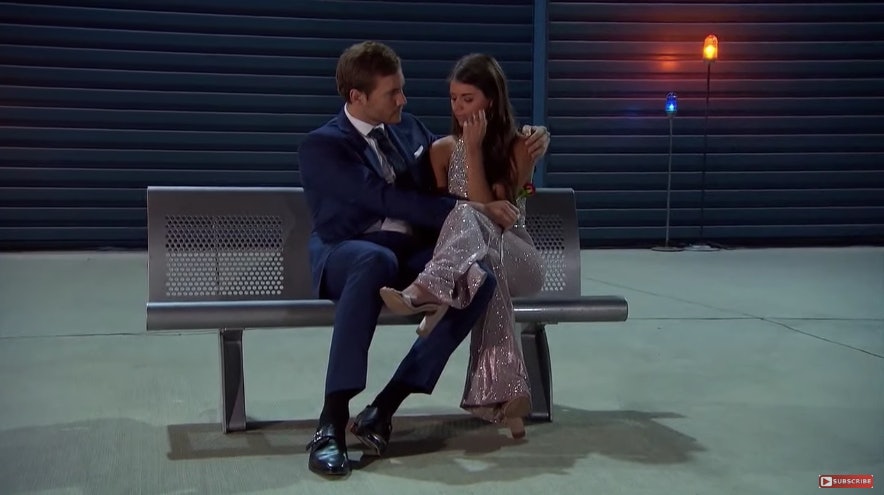 During their dinner date later that week, Peter confessed he had been “intimate” with one or more of the other remaining women, and Madison got up and left the table. “I’m so frustrated with him. I’m so mad at him,” she told the camera. Peter chased after her and begged her, “don’t walk away,” but she seemed conflicted, and the episode ended before it was clear what she was going to do. 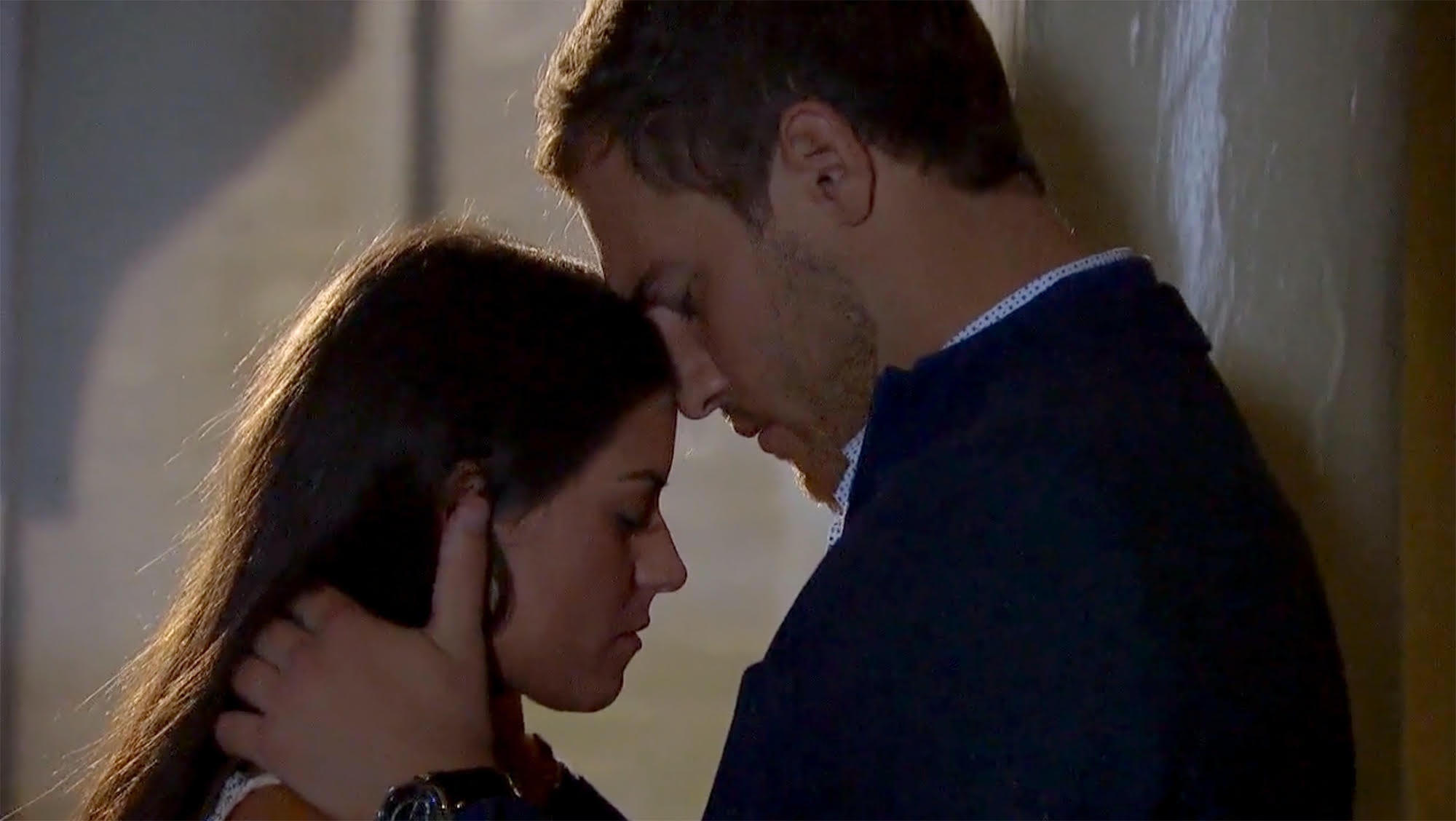 Brown says the lack of eye contact here indicates the seriousness of this exchange. “They’re not trying to look eye to eye, both looking down, so they’re not feeling good about the situation,” she explains. “This is a tough situation. The conflict is real.”

Overall, Brown can see the ease in Peter’s relationship with Hannah Ann, moreso than his dynamic with Madison. “He’s always got his face really close to hers. He’s right up in there,” she says of Peter and Hannah Ann. “With Madison it’s not quite the same.” This analysis makes sense, considering the way Peter and Hannah Ann gravitated toward each other from their very first interaction. Outside of a difficult conversation during their first one-on-one date, things between them have been pretty much smooth sailing.

Madison, meanwhile, has been a little more hesitant to express her love to Peter, and they’ve had conflicts that threatened to end their relationship completely. The tension in their interactions might have to do with the weighty subject matter — they’ve talked about sex, faith, and their differing expectations for their relationship. It’s a popular theory that Madison might leave the show on her own.

All this to say, Peter’s body language with these two women shows just how distinct each relationship is from the other. Peter is obviously fighting for Madison, but he has an undeniable chemistry with Hannah Ann. Which one will win out? Fans will have to wait until the finale to find out for sure, but whatever happens, it’s bound to get more interesting moving forward.

Jodhi Meares: ‘The sports luxe movement is here to stay’