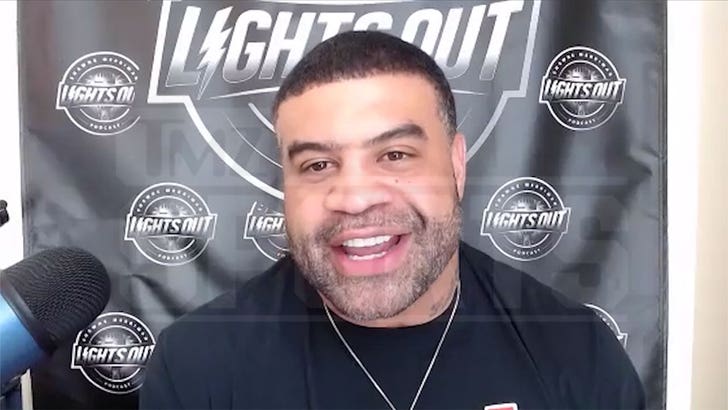 Shawne Merriman‘s bringing back Lights Out Xtreme Fighting — after more than a year of being dormant — and the former NFL star and promotion founder tells us won’t rule out taking a fight!

“I’m not opposed to [fighting],” the former Pro Bowler told Babcock and Mojo on the “TMZ Sports” TV show (airs nightly on FS1), saying “I would fight the right former athlete, another guy in the WWE, something that people would pay to see in Lights Out.”

The 38-year-old former NFL star continued … “They got my Instagram. They got my number. If anybody really thinking about it and it’s a good fight and people wanna see it, come on and step in Lights Out. I got no problem!” 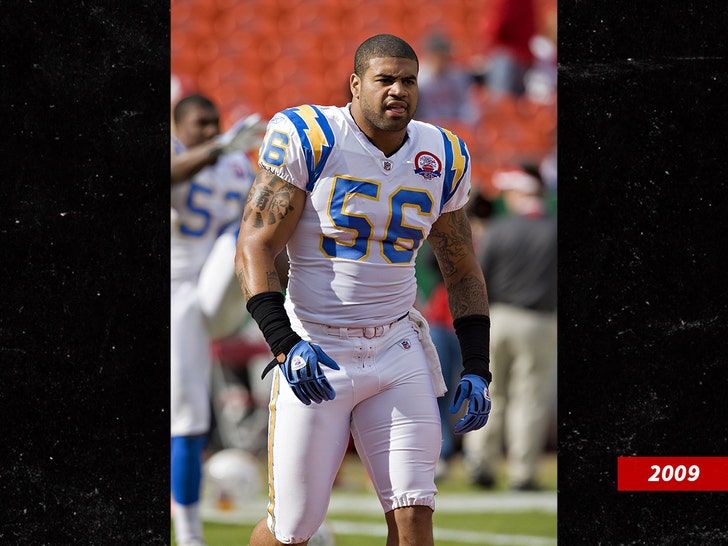 Of course, Shawne wouldn’t be the first former football player to transition to fighting. Former NFL star Greg Hardy, who had no combat sports background, fought in the UFC.

Matt Mitrione, former Giants, 49ers and Vikings defensive lineman, was a UFC and Bellator star. Matt beat heavyweight legend Fedor Emelianenko, amongst a bunch of other top fighters. Not to mention Brock Lesnar … and the list goes on and on.

6’4″ Merriman would have had the best football career (though Hardy was dominant on the gridiron, too) of all players if he fought. Shawne played around 265 lbs. and was an athletic freak. He ran a 4.68 40-yard dash and put up 25 reps of 225 lbs. before he was drafted 12th overall in 2005.

Merriman, a huge MMA fan, founded Lights Out (his nickname during his playing days) in 2019. They’ve had 7 events — all taking place in southern California — with the last going down in December 2021.

But, the promotion is back … “Lights Out Xtreme Fighting 8: The Return” goes down on Saturday in Riverside, CA. The event preliminaries will stream at 6 p.m. PST and the main event will stream live at 7 p.m. PST on Fubo Sports as well as the network’s Instagram, Twitter and YouTube plus on Shawne Merriman’s social channels 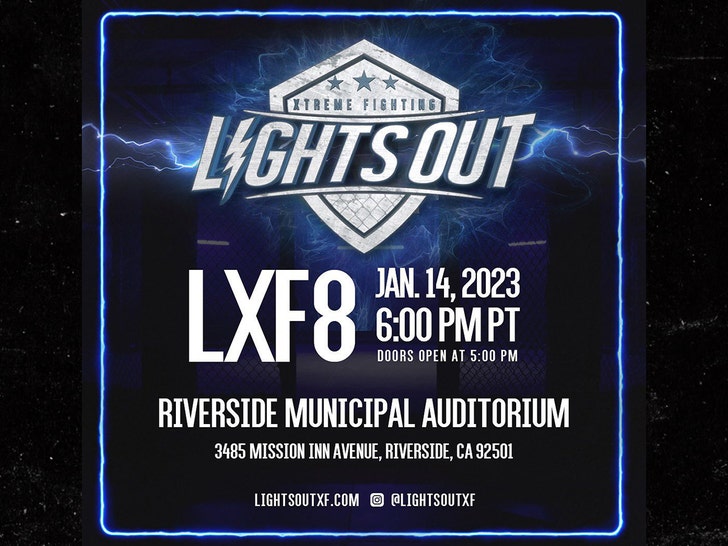 Merriman says he’s signed some super-talented fighters and his only hope is they don’t leave for Bellator or UFC.

“I know Scott Coker and [Dana White], I’ve been around this space for a long time. They all know I have a big appetite for growing and being big in the space but ultimately, it’s about giving guys, these fighters more eyeballs. Giving them a platform to fight.”

“UFC, Bellator, great organizations. They’re actually what made me get into the fight game and watch from the beginning. With Lights Out, I think we have an opportunity to come in here and give these fighters an opportunity to go and take care of their families, be legends in the sport, be champions in the sport,” Merriman says.

In the meantime, if there are any WWE Superstars out there who wanna get in the cage with Shawne, hit him in the DMs!

As Damian Lewis embarks on a new romance, who is Alison Mosshart?

GMB: Are you ever too old to get a dog or is age irrelevant?

Get to Know ‘Damnboy’ Singer Almondmilkhunni With These 10 Fun Facts! (Exclusive)