Home » Celebrities » Stacey Solomon: ‘Should have put a bra on’ ITV star in ‘sexy’ cleanup routine

Stacey Solomon, 30, had fans in hysterics as she unleashed her crazy side whilst doing a little tidying up. Stacey has recently become a self-confessed cleaning fanatic, where she videos herself tidying and cleaning various parts of her house to inspire her followers, and it’s safe to say fans are obsessed.

Really felt sexier than I look doing this bum thing. Ignorance is bliss

But today she tried something different.

The Loose Women presenter filmed herself hoovering her living room, but added a little “sexy” zest to the otherwise tedious chore.

Dancing around, flicking her hair back and forth the former X Factor contestant revealed she’s keeping busy with tidying as her eldest sons have gone to their respective dads for the weekend.

But not to worry, she kept herself entertained as she danced to the popular hit Blurred Lines by Robin Thicke, all while cleaning the floor. 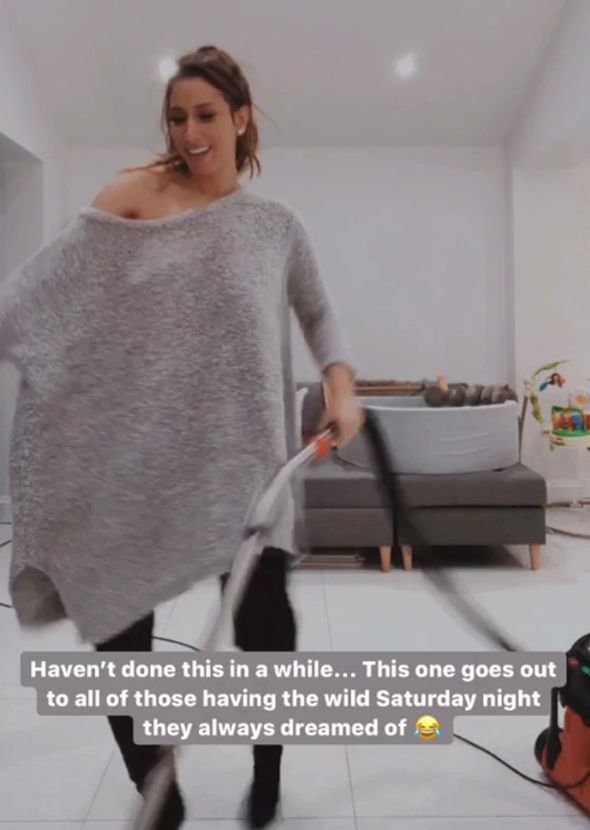 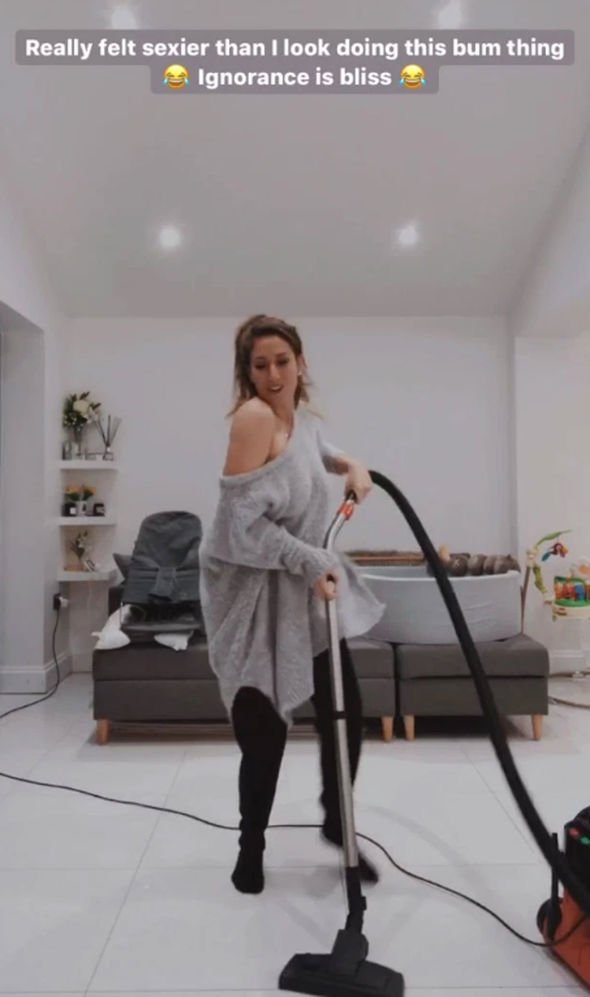 “Haven’t done this in a while,” she wrote in her Instagram story in view of her 2.8 million followers.

“This one goes out to all of those having the wild Saturday night they always dreamed of.

She added: “Really felt sexier than I look doing this bum thing. Ignorance is bliss.

“Probably should have put a bra on,” she joked, as all the jumping around had her out of breath. 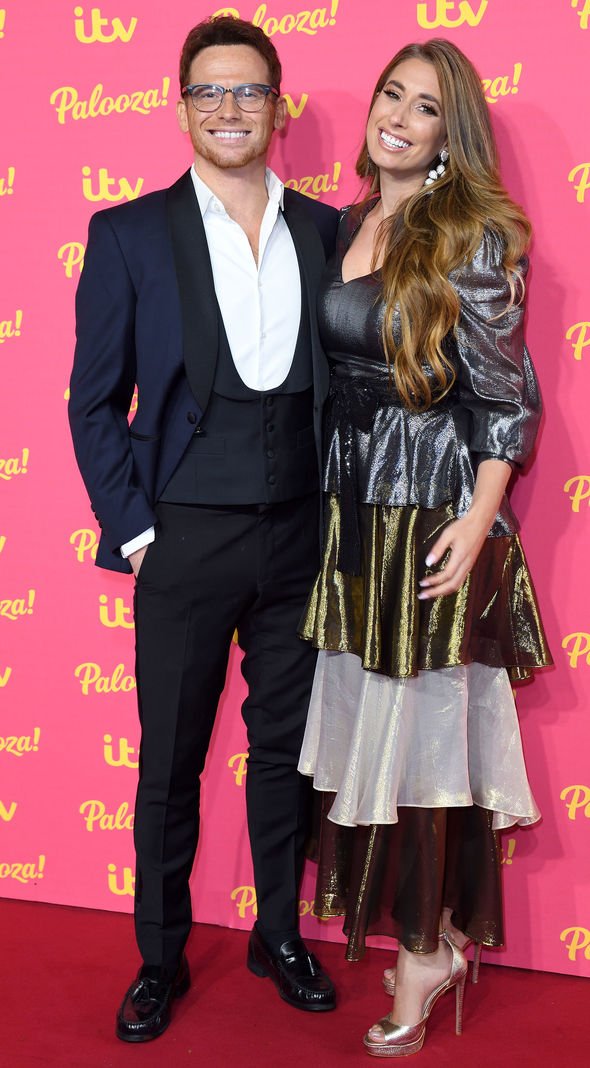 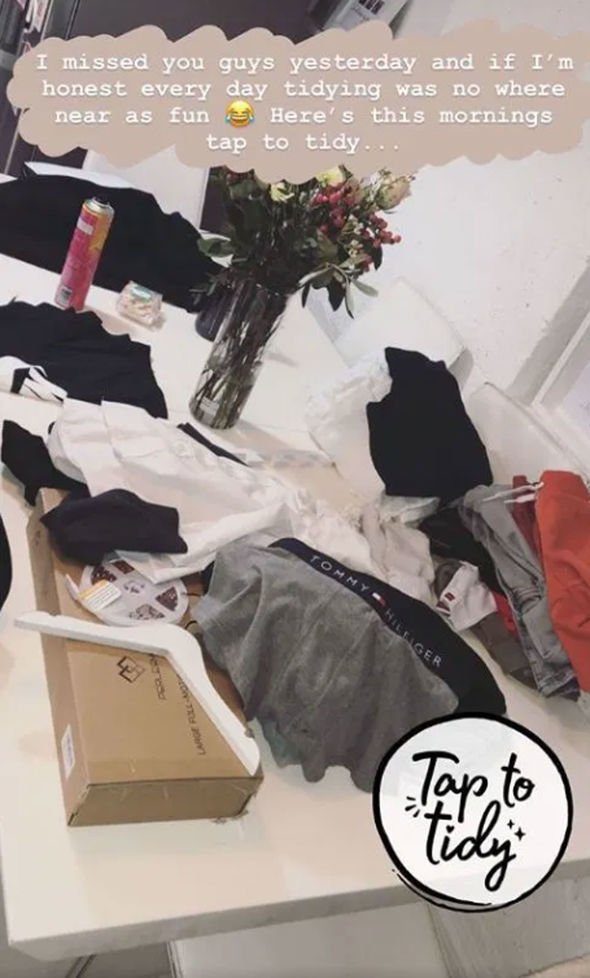 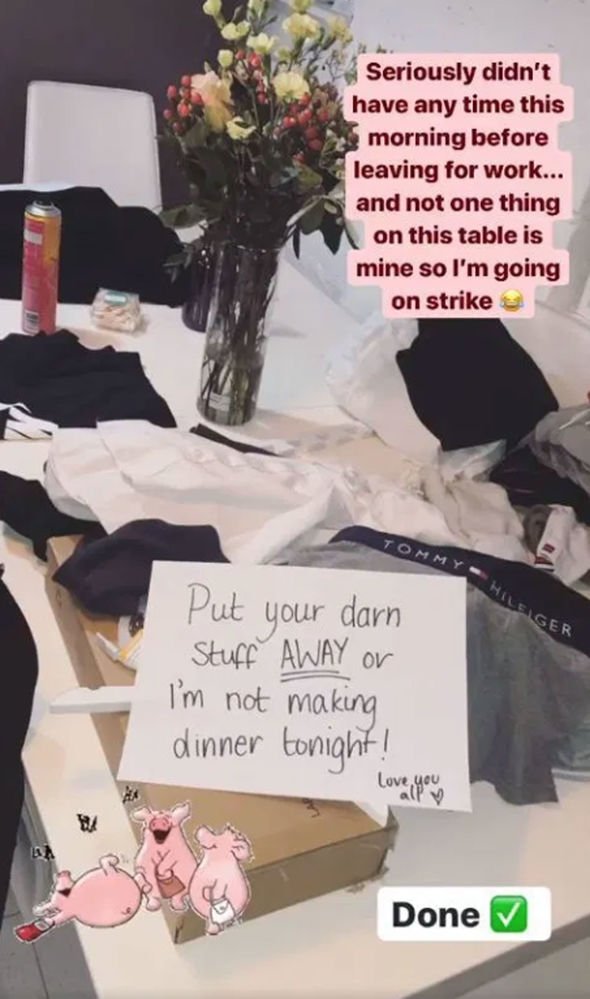 Fans have come to highly-anticipate what Stacey will be organising next on her social media, whether it be her cupboards which are immaculately clean with crisp packets neatly hanging in colour coordinated order, or her bathroom bits, all laid out with labels facing frontwards.

No doubt inspired by her best friend Mrs Hinch, who has made a successful career from debuting her cleaning techniques and hacks, it’s even got fans doing their own videos too, tagging Stacey in the results.

But at she rebrands herself as a cleaning guru, she still has to deal with certain elements of living in a busy household with others who might not share her views.

Targeting her partner Joe Swash, on Friday, she took to Instagram once again to call him out for leaving his underwear on the table.

She explained she “didn’t have any time this morning before leaving for work” so instead created a fun way of teaching him a lesson.

After her signature “tap-to-tidy” technique took off, she put it to good use once again, so when fans tapped for the next picture, they would see she had left a sweet yet fierce message for her beau.

Threatening him with no dinner, she wrote: “Put your darn stuff away or I’m not making dinner tonight!”

She ended the message with a change of tone, writing: “Love you all!”

She was recently brought to tears on the panel of the ITV gossip show the day before, after hearing about a conversation between her son Zachary and Joe, where he implied Joe was like “another dad” to him.

The couple are now four years into their relationship, and welcomed their first child together, Rex, last year.

Stacey also has two other kids, Zachary and Leighton, and Joe has another son, Harry, from previous relationships.