Westlife star Brian McFadden’s plans were derailed when he was stung by a bee yesterday and was rushed to hospital after suffering a dramatic allergic reaction. Although his latest update suggests he is now on the mend, he was teased relentlessly by his daughter Molly, who jibed of his swollen mouth: “What have I told you about getting lip fillers off of Amazon ???!!”

What have I told you about getting lip fillers off of Amazon ???!!”

Meanwhile his other daughter with Kerry Katona, Lily-Sue, was equally merciless, teasing Brian: “You must’ve really p***ed off your plastic surgeon.”

Brian declined to reply to his girls’ Instagram comments, but many others did, revealing that they were “howling” with laughter.

@loobs11 made ample use of the fire emoji, adding cheekily: “By your own Kin lad! congratulations Molly on graduation x.”

In his photos, his top lip was dramatically swollen and at one point, his eyes were clenched so much due to inflammation that they were almost squeezed shut. 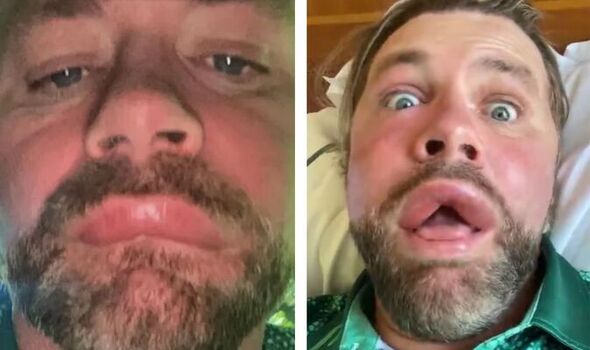 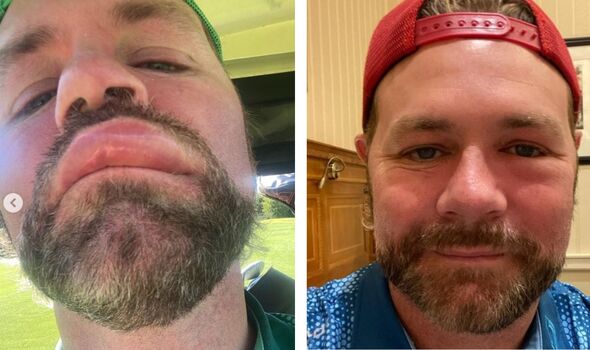 The star had managed to give the thumbs-up sign while reclining in his hospital bed in a very eye-catching green snakeskin print shirt.

However he was the butt of jokes with Molly, 19, and Lily-Sue, 17, as he battled the unusually intense reaction.

Molly had graduated from Trinity College Dublin just a week prior to Brian’s bee sting and he’d posted photos, after declaring himself a “proud” dad.

Meanwhile some of his Instagram followers took his predicament a little more seriously, with @rushtonglenda urging: “Think you need an epi pen for future.” 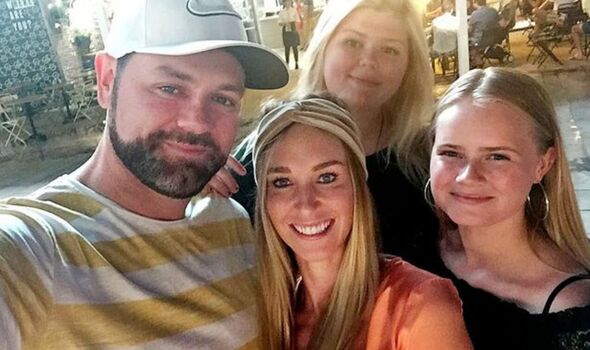 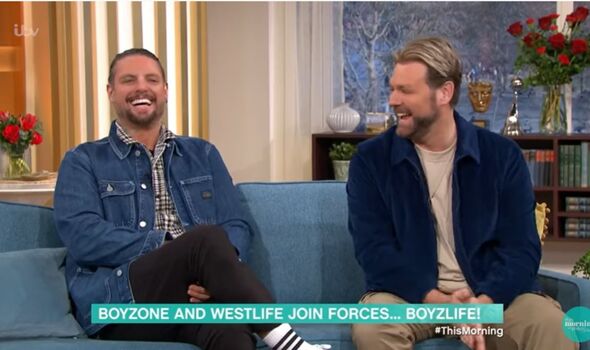 Then @mandiebridges73 pointed out: “No joke but you should see a doctor as if it is still swelling it could also swell your throat up, restricting your breathing.”

Just before lunchtime today, Brian posted another selfie of himself to convince those who were concerned that he was feeling back to his usual self.

Although his face still looked a little red and puffy, his lips had shrunk down to their usual size again.

Donning a bright red baseball cap slung backwards, he assured his 315,000 followers: “My face is calming down again. Thanks for all your lovely messages.”

The Westlife star added that he was off to enjoy some sport, continuing: “Now excited to play in the @mariekeatingfoundation golf day at the Kclub.

“An incredible charity always a brilliant day and catching up with old friends.”

It is expected that he will be spending some quality time with the pair following his return from hospital.

Meanwhile Brian has been kept busy by his commitments to Boyzlife – a supergroup consisting of himself and former Boyzone star Keith Duffy.

The crooners will be performing at venues across the UK as part of their Old School tour in September and October.

When the cheeky pair did an interview with Channel 5 recently, they used the opportunity to protest the decision to take the much-loved Australian soap Neighbours off air.

Brian joked: “We’re not actually here to talk about [our] music, we came in to find out what happened with Neighbours. What is going on?”

He added: “We’re here on behalf of the Irish people who love Neighbours, to protest!”

Host Claudia-Liza Vanderpuije, who has a regular news slot with Dan Walker, joked back: “There must be a lot of passion here, because you should be plugging your stuff, and you’re just like, ‘No, we don’t want to talk about that’?”

‘This is the Queen’s Jubilee!’ Lumley rubbishes claim royal drama will overshadow weekend