Home » Celebrities » Why Wasn’t Benoit In The ‘Bachelorette’ Premiere? Clare’s Ex-Fiancé Was Cut Out

Clare Crawley’s search for love has officially begun, but fans didn’t get to see everything that went down during her return to Bachelor Nation. Crawley’s ex-fiancé, Benoit Beauséjour-Savard, revealed he filmed some scenes with Crawley for the Bachelorette Season 16 premiere, but to his surprise, their reunion never made it to air. So, why wasn’t Benoit in the Bachelorette premiere? Given that this really may be the show’s most dramatic season ever, it seems like the producers just didn’t have time to include Beauséjour-Savard’s scenes.

After months of rumors about Crawley’s love life, Season 16 of The Bachelorette finally premiered on Tuesday, Oct. 13, and the premiere was packed with all sorts of drama. From Clare giving her first impression rose to her rumored boyfriend Dale Moss to a full explanation of how the new season was safely filmed amidst the coronavirus pandemic, the first episode wasted no time in addressing all the big fan questions. However, one familiar face who was supposed to make a comeback never showed up.

Prior to the season premiere, Beauséjour-Savard posted to his Instagram story that "a familiar French Canadian" may pop up in the episode, but that never happened. In fact, Beauséjour-Savard wasn’t brought up at all. The episode included some of Crawley’s backstory — including her beef with Bachelor Juan Pablo Galavis — but it, uh, forgot to mention the part when she full on got engaged to her Bachelor Winter Games co-star Beauséjour-Savard.

After the episode, Beauséjour-Savard shared photos of his cut scenes with Clare to Instagram, suggesting they may have been cut because he and his ex get along great and really don’t have any drama to show fans.

Beauséjour-Savard’s photo shows himself and Crawley laughing at a café (in March, pre-pandemic) as cameras filmed their reunion. To further show just how well the two exes get along, Beauséjour-Savard also posted a silly-faced selfie he took with Crawley after their scene. 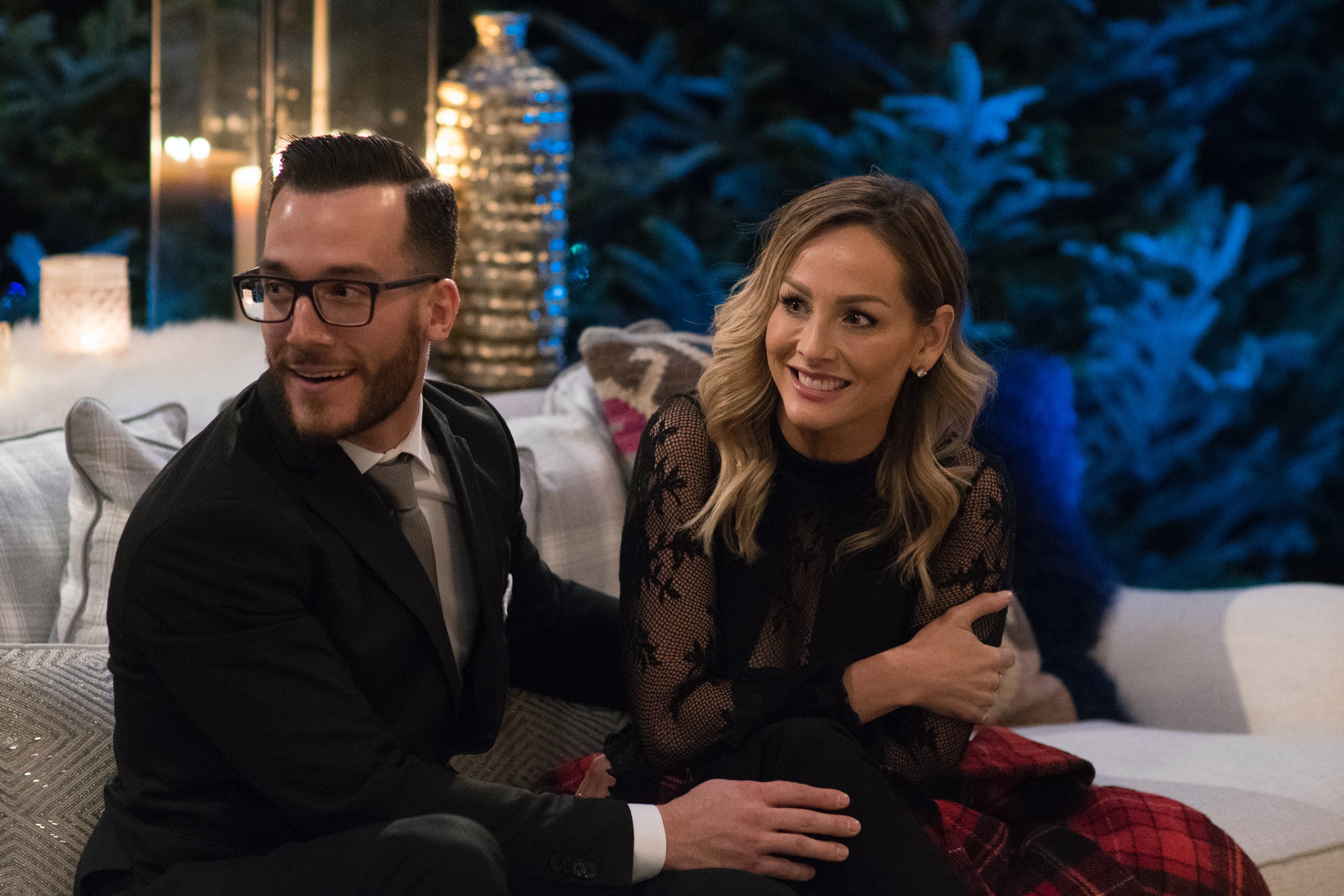 Although Beauséjour-Savard joked his scenes may have been cut due to the lack of drama, ABC executive Robert Mills stated on Twitter that the footage was left out simply because there was no time for it in the episode. Since the premiere had a ton of ground to cover, that reasoning does make sense.

Crawley and Beauséjour-Savard met during the Bachelor Winter Games spinoff special in 2018. Although Crawley had a bit of a love triangle going all season with both Beauséjour-Savard and Christian Rauch, she wound up leaving the season alone. However, at the reunion special, Crawley revealed she and Beauséjour-Savard had rekindled their relationship since the season aired, and the got engaged on air. The engagement only lasted a little over two months, though, before the couple announced their breakup.

Congratulations to this gem!! She will be an amazing Bachelorette. She is smart, fun, strong, knows what she wants and most importantly, she will call out the guys messing around!! Hell yeah!! Good Luck on your journey to find love @clarecrawley !! You will be the best ?? #thebestbacheloretteever

Congratulations to this gem!! She will be an amazing Bachelorette. She is smart, fun, strong, knows what she wants and most importantly, she will call out the guys messing around!! Hell yeah!! Good Luck on your journey to find love @clarecrawley !! You will be the best ?? #thebestbacheloretteever

The Bachelorette airs Tuesday nights at 8 p.m. ET on ABC.

Kenya and Uganda hit by power blackout, electricity back in most of Kenya