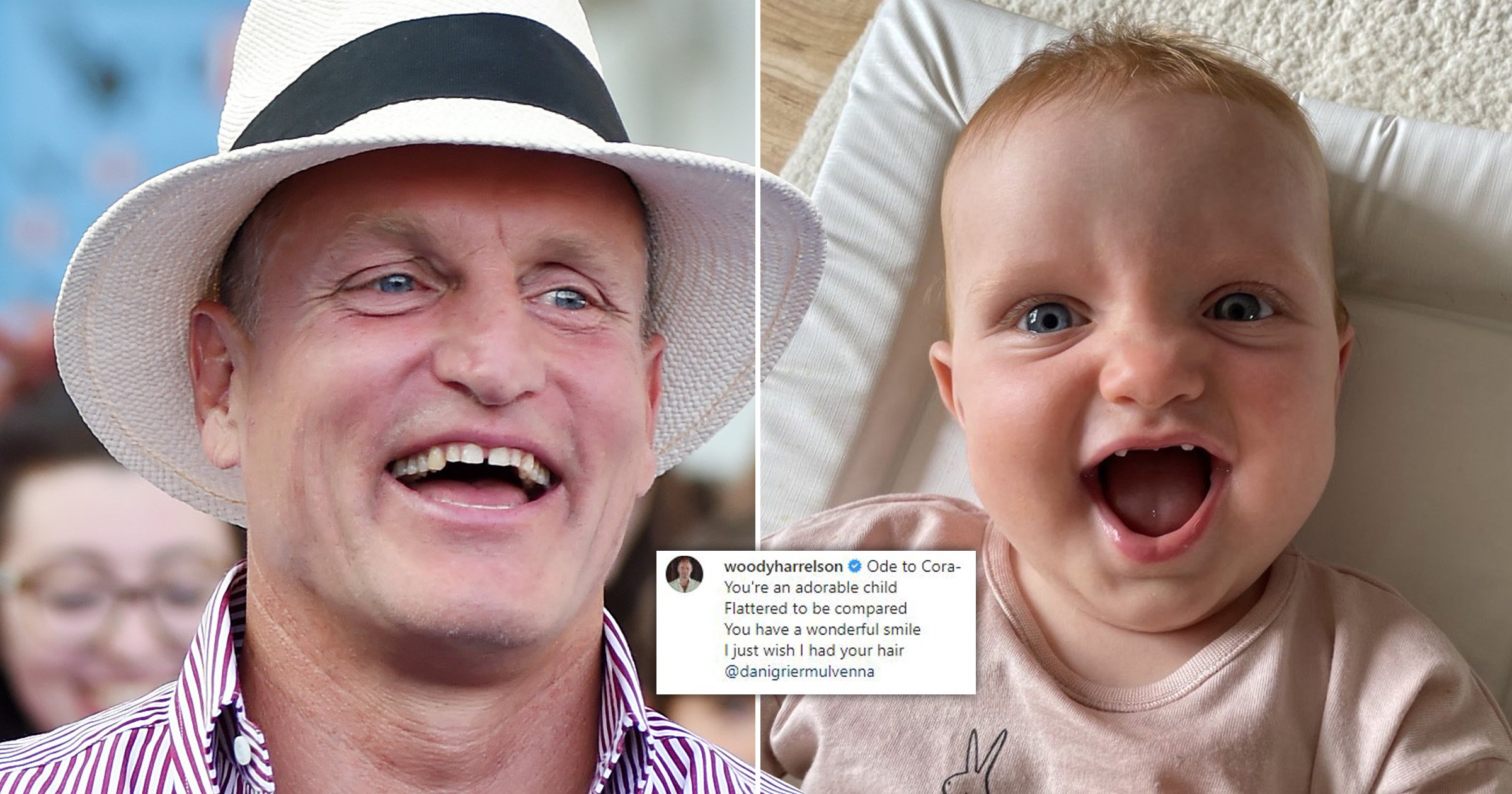 In one of the weirdest yet most heartwarming stories of the week, Hollywood actor Woody Harrelson has written a poem for a nine-month-old baby who looks the spitting image of him.

There are plenty of people with celebrity doppelgangers, but usually you’d be around the same age before people start pointing out resemblances.

This is not the case for nine-month-old baby Cora, whose photograph has been shared tens of thousands of times this week after her mum made the – genuinely astute – comparison.

Danielle, from Northern Ireland, took to Twitter earlier this week where she shared a side-by-side comparison of sweet baby Cora and Cheers actor Woody.

And, in a lighthearted caption, wrote: ‘Ok but how does our daughter look like Woody [Harrelson].’

The internet – understandably – absolutely raved about the unlikely lookalikes, and it went so viral that it eventually reached Woody himself.

She said she and her partner were ‘so touched’ by Woody’s response, saying if you’re going to have a celebrity doppelganger Woody was ‘a great lookalike to have.’

As for the massive worldwide fame baby Cora already has, Danielle admitted she was ‘blown away’ by how many people have seen the comparison.

She said: ‘We thought it would maybe get a couple of likes from our friends and family but we’ve been blown away by how far it’s reached.’