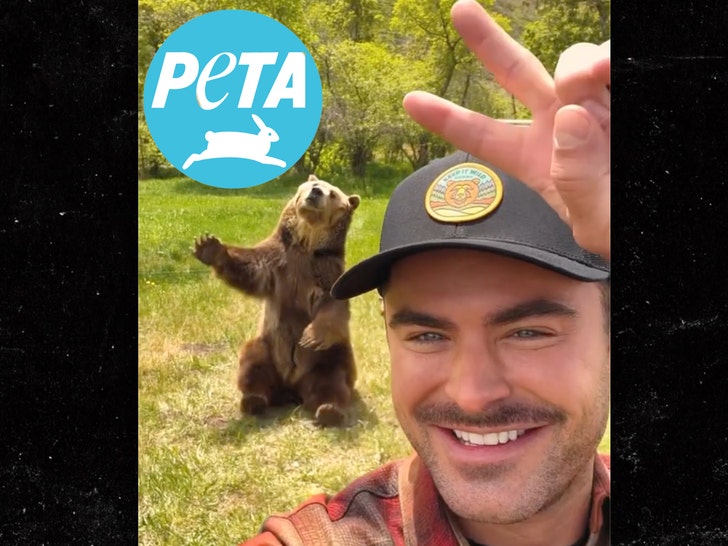 PETA is putting Zac Efron on BLAST after appearing in an ad campaign with a bear that has spent its entire life in captivity.

The org is urging Zac to “come down to Earth” and recognize that bears belong with their families, not on screen … according to Debbie Metzler, PETA Foundation Director of Captive Animal Welfare.

She thinks Zac, who’s been named Chief Brand Officer for Kodiak Cakes, forgot to ask Tank the bear an important question in his latest ad for the company — “How wrong is it to use a captive bear to promote ‘keeping bears wild’?”

BTW — 27-year-old Tank was born in captivity and was taken from a breeder at just 6 weeks old … he was featured on the Discovery+ Show, “Man Vs. Bear.” 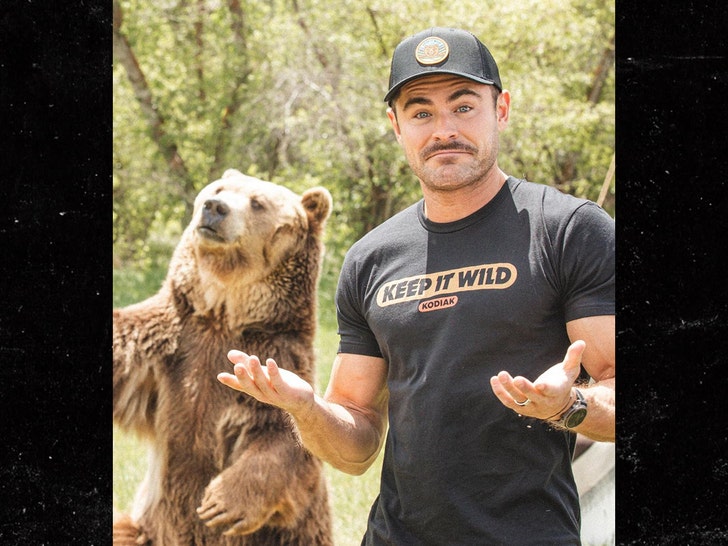 Kodiak Cakes is running a limited-time collab with Zac, where a dollar-for-dollar match of their “Keep It Wild” merch will go directly to the Vital Ground Foundation, a nonprofit that supports the preservation of wild grizzly bear habitats.

PETA, however, clapped back at the promo saying … “It’s hypocritical to exploit one animal to potentially help another. No true conservation group would ever force captive animals to perform tricks for the camera in order to raise awareness about their wild counterparts.”

The org is calling for the ads to be removed or replaced with CGI … adding Zac should be able to make that call after taking on his influential role in the company.

Coronavirus antibodies afford ‘some level of protection’: WHO

Boy, 11, dies as man in his 30s arrested and police launch investigation into 'unexplained death'