WHEN Kate Stockmans travelled abroad to teach children, she could never have anticipated the unique, special bond she would develop with one particular little boy.

Brit Kate, 29, first met Solomon, now 10, when he was just 18 months in 2014 while visiting Uganda – and now the devoted teacher sees him as her 'son' and even has his name tattooed on her neck to show him she'll "love him for life". 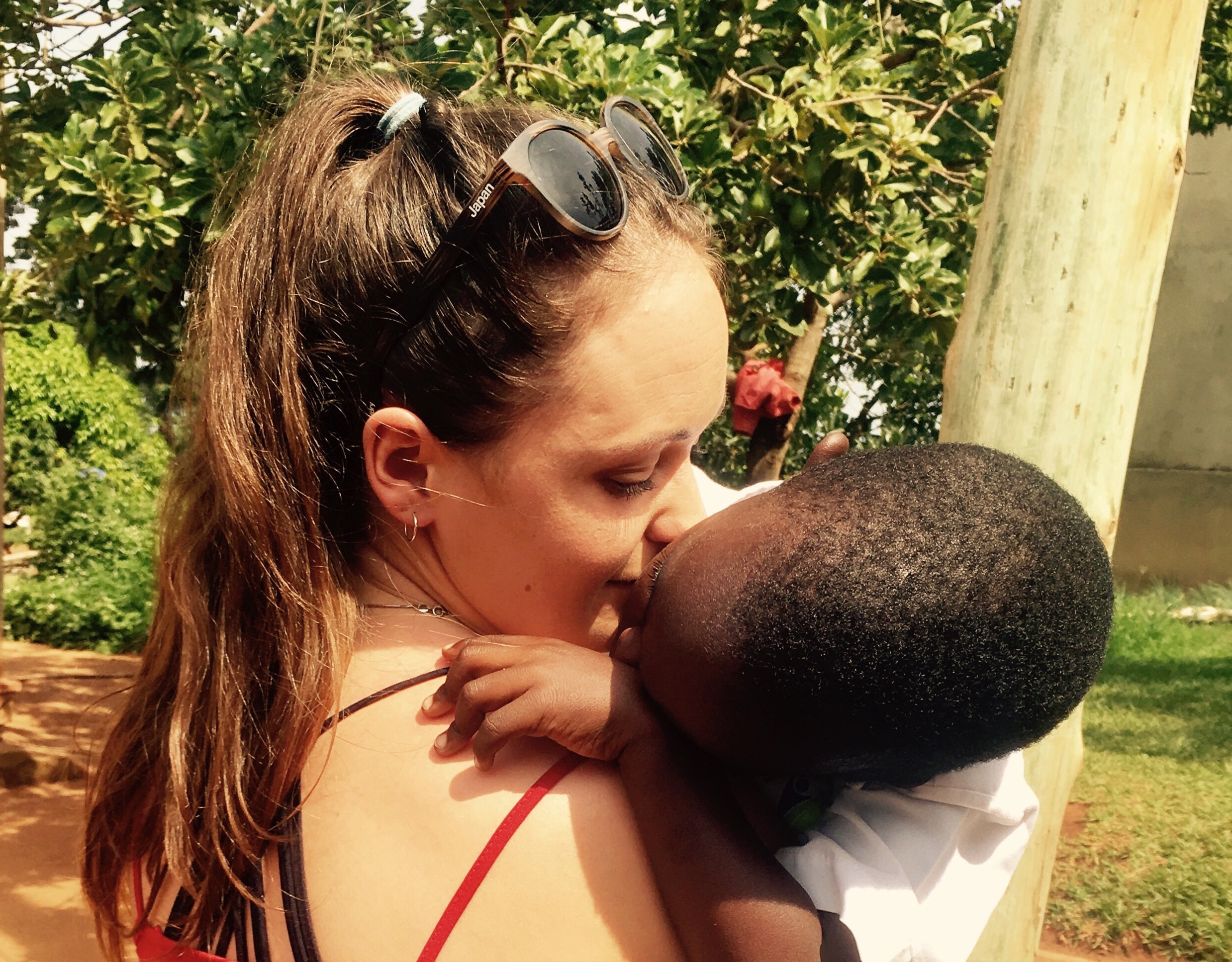 She also visits Solomon and his family – including mum Mariam, 32 – and sends £3,000 every year to help pay for his school fees.

Kate, originally from Truro, Cornwall, says: "I connected with Solomon as soon as I met him – there was just this love there.

"Mariam is an incredible woman, and she has to work so hard to support him so I couldn’t not help.

"He’s like a son to me and I wanted to demonstrate that." 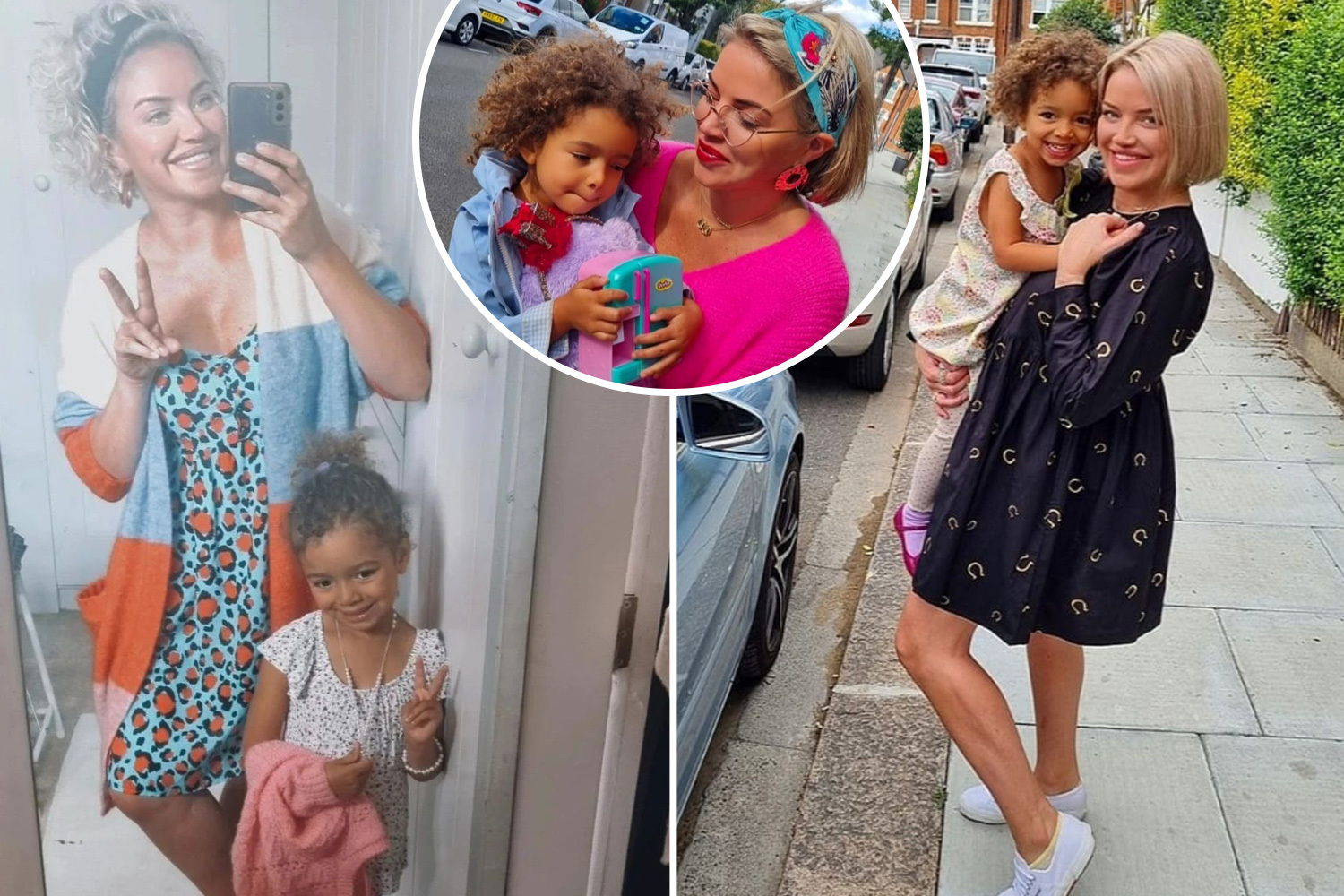 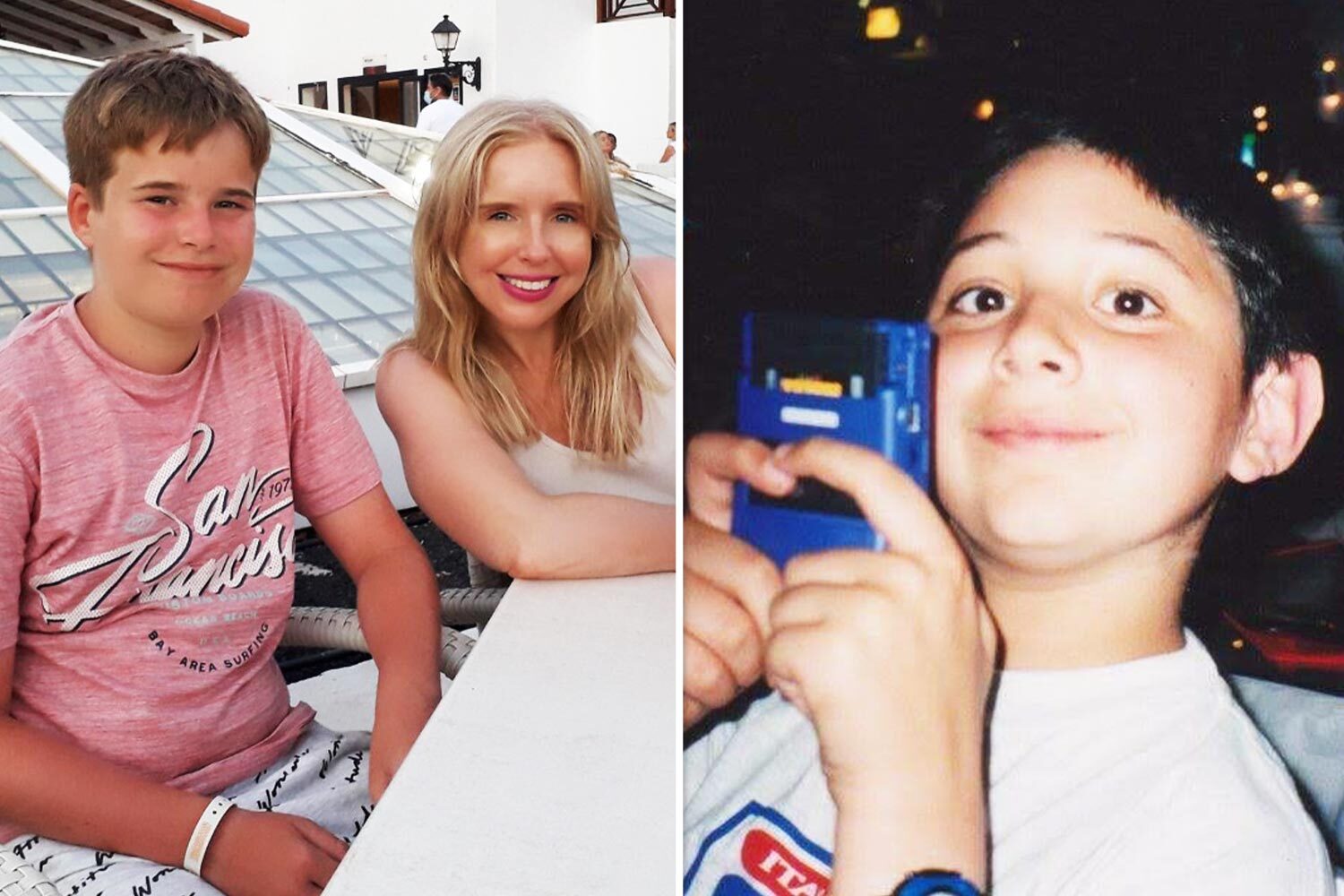 After they developed a close relationship, Kate decided she would sponsor Solomon after seeing just how hard Mariam was working as a maid to try to support him.

She says: "I saw Mariam’s strength and struggles – she was, and still does, travel miles away to work to provide for Solomon and her twins.

"I was taken by him and knew I wanted to help out, so I agreed to sponsor him.

"We just had this instant love." 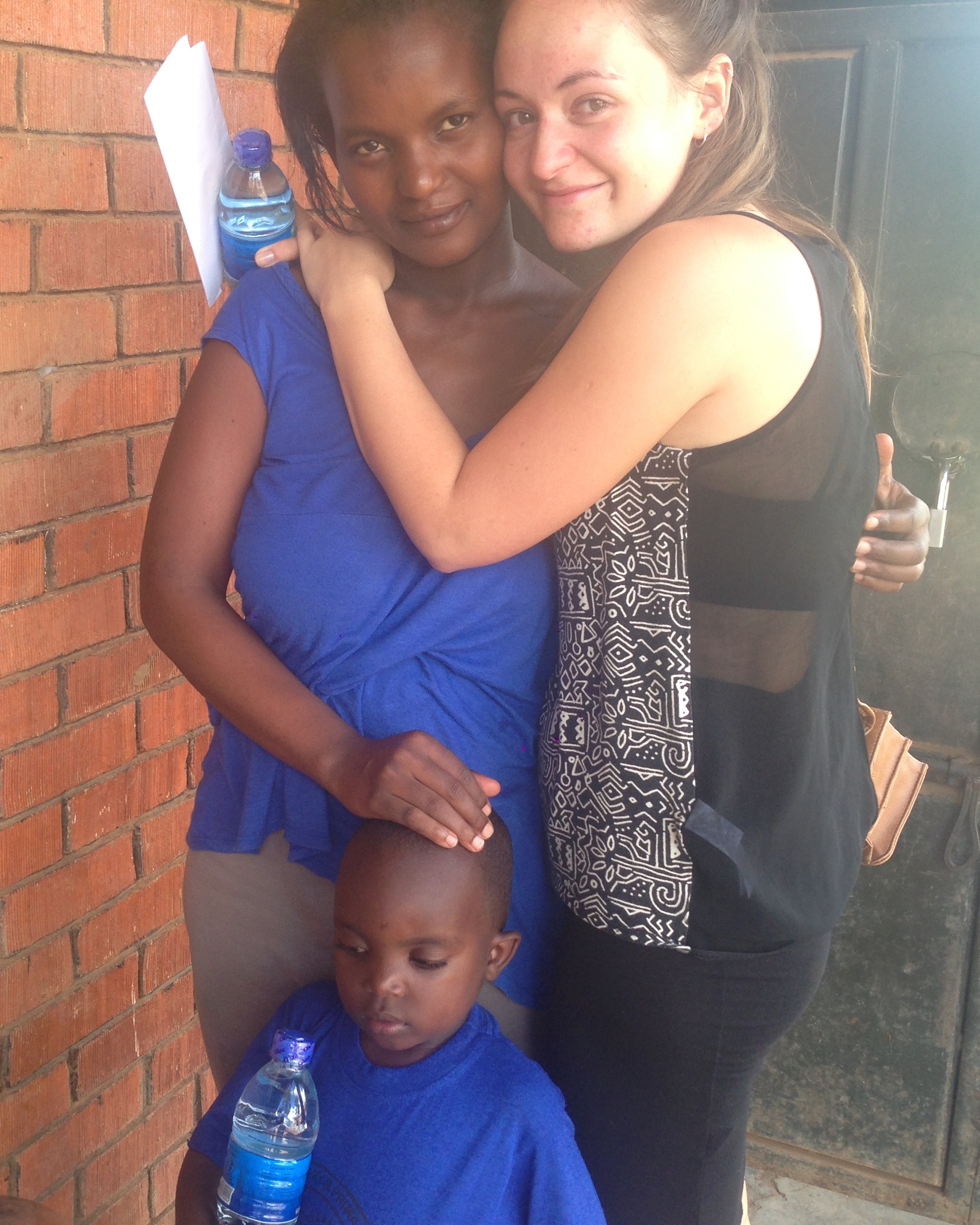 I'm a catfish, men say I’m ugly without makeup but are amazed when I'm dolled up

Kate came back to the UK to complete her teacher training in September 2015 after travelling around the world, but kept in touch with Mariam and Solomon.

From that point onwards, Kate took a trip to see Solomon every year.

However their visits were put on hold when Covid hit in March 2020, meaning sadly Kate was unable to see Solomon for over two years.

She says: "It was so hard being apart, but I could keep in touch through Mariam when she was with him.” 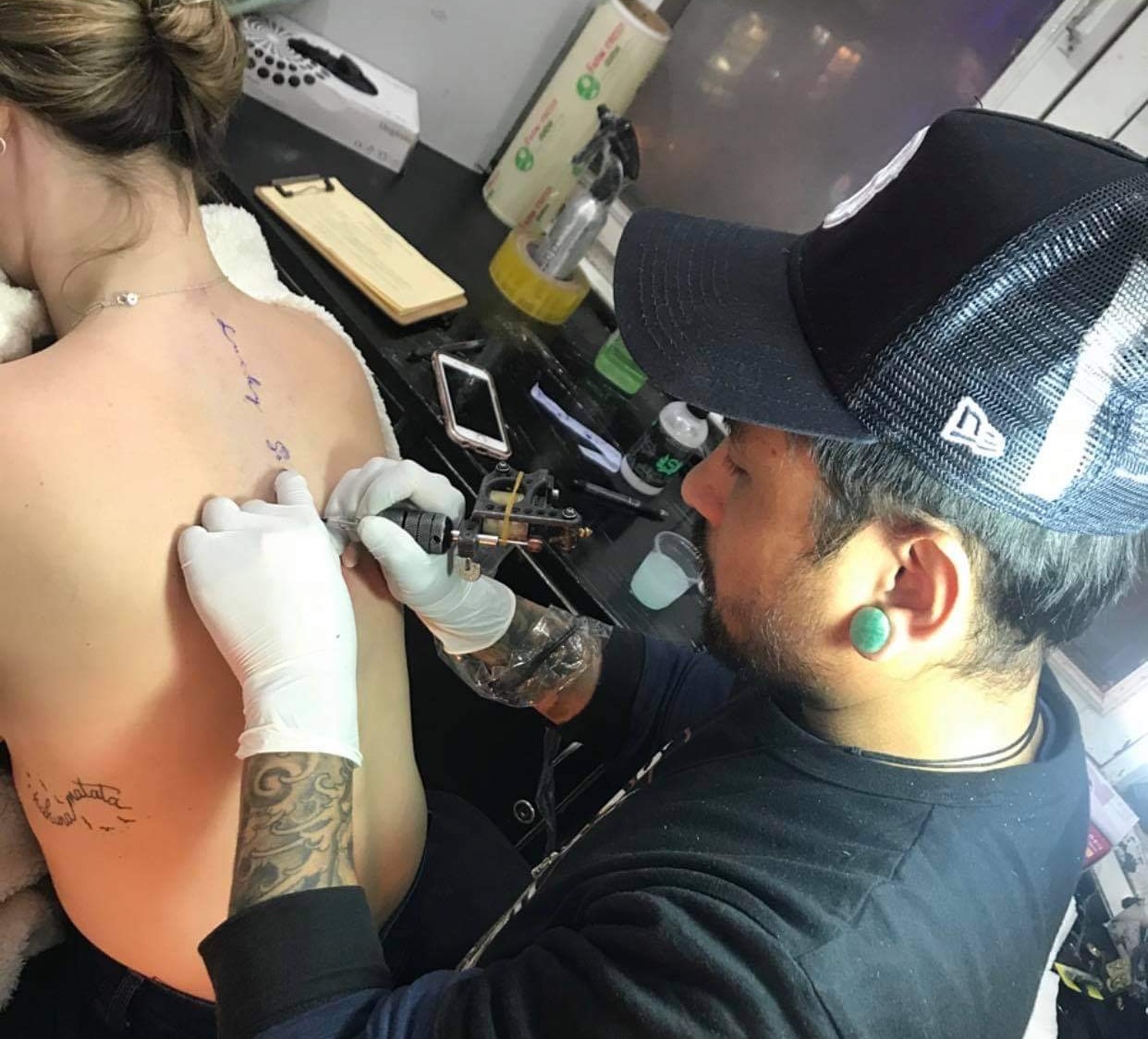 While teaching in Nepal in December 2019, Kate got a tattoo of Solomon’s name on her back – to show him that she will always care for him.

However and the pandemic hit before Kate was able to show him the touching tribute.

Finally, over two years later in March 2022, Kate was able to reunite with Solomon and reveal her inking.

She says: "We’d been apart for over two years so seeing him again and hugging him was amazing.

"Finally showing Solomon my tattoo was everything. I was so excited to show him, but Mariam and I decided to keep it a secret until he could see it in person.

“He was so sweet when he saw the tattoo. I think he was really surprised.

“It shows my commitment to his life, so he knows I’m always here. I'm like a second mum to him." 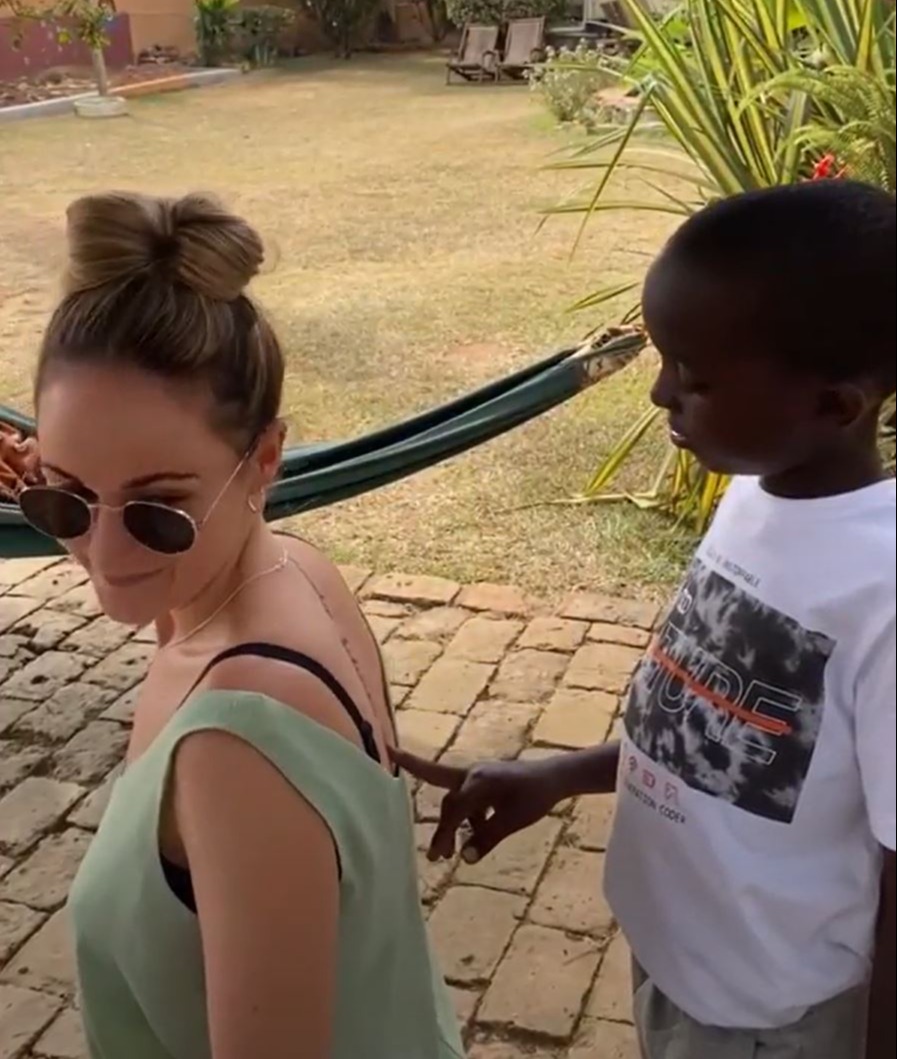 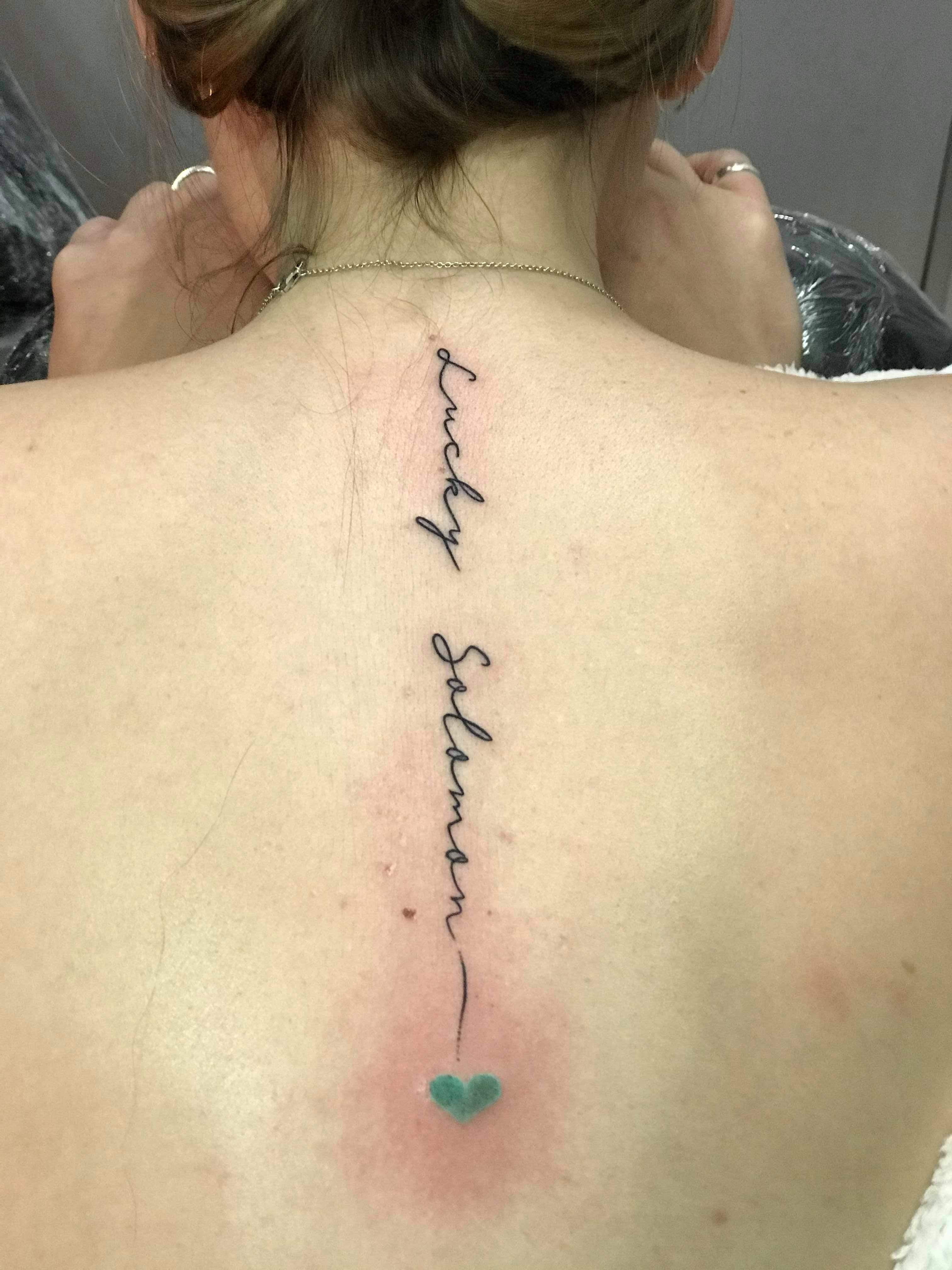 As well as paying school fees, Katie now treats him to trips to national parks in Uganda, and swimming when she is there, as well as reading and having movie nights together.

“I started to love him like a son,” Kate said. “We’re a family and I teach him while I’m there.”

Kate is currently continuing to sponsor Solomon, paying around £3k a year, but is also thinking about adopting him with his mum's blessing.

She says: “Every time I leave, he begs to come with me, but I’m conscious that I don’t want to take him out of his culture – or at least until he is old enough to make a proper decision on it.

“But it breaks my heart leaving him – I’m his person.” 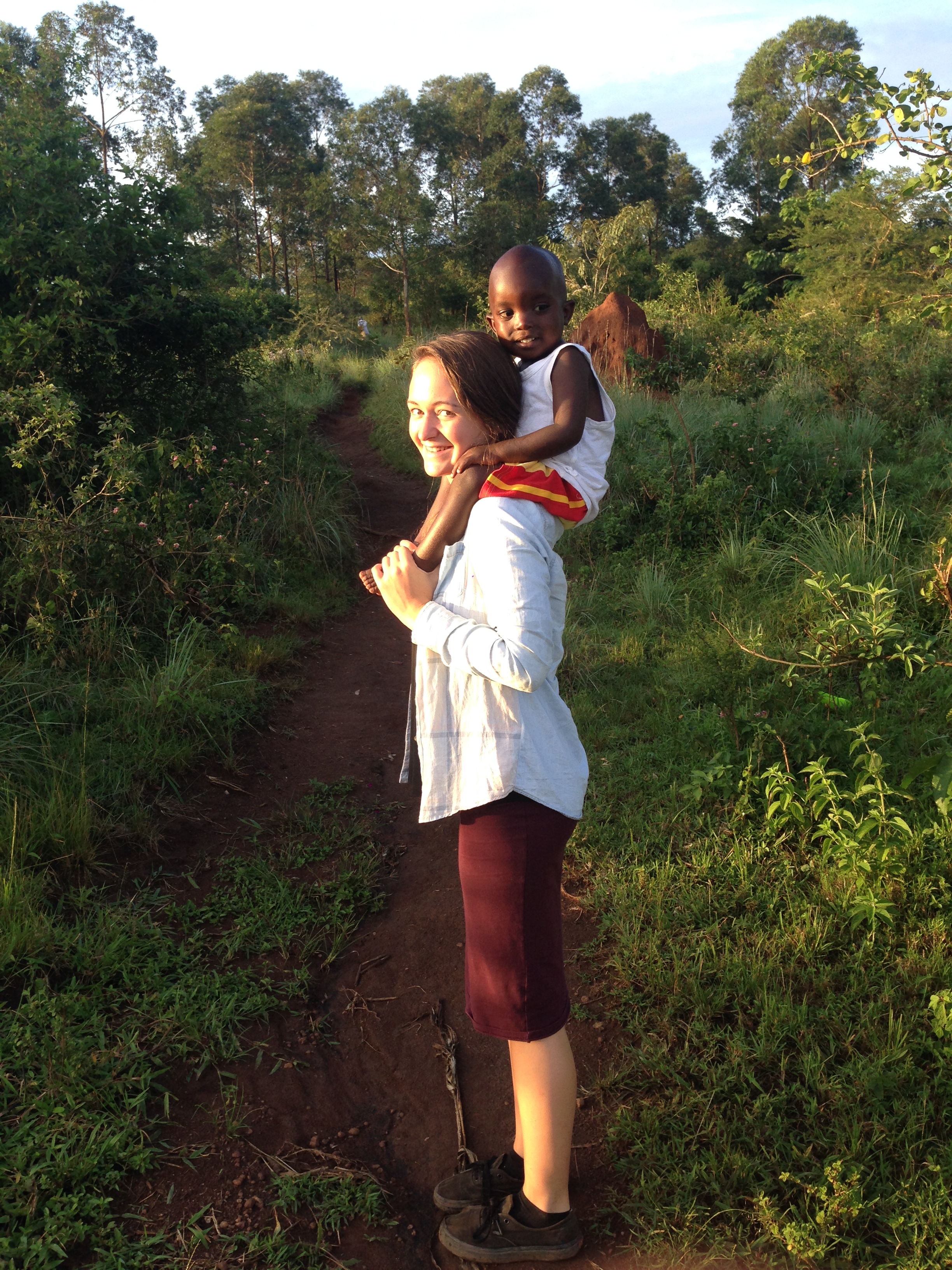 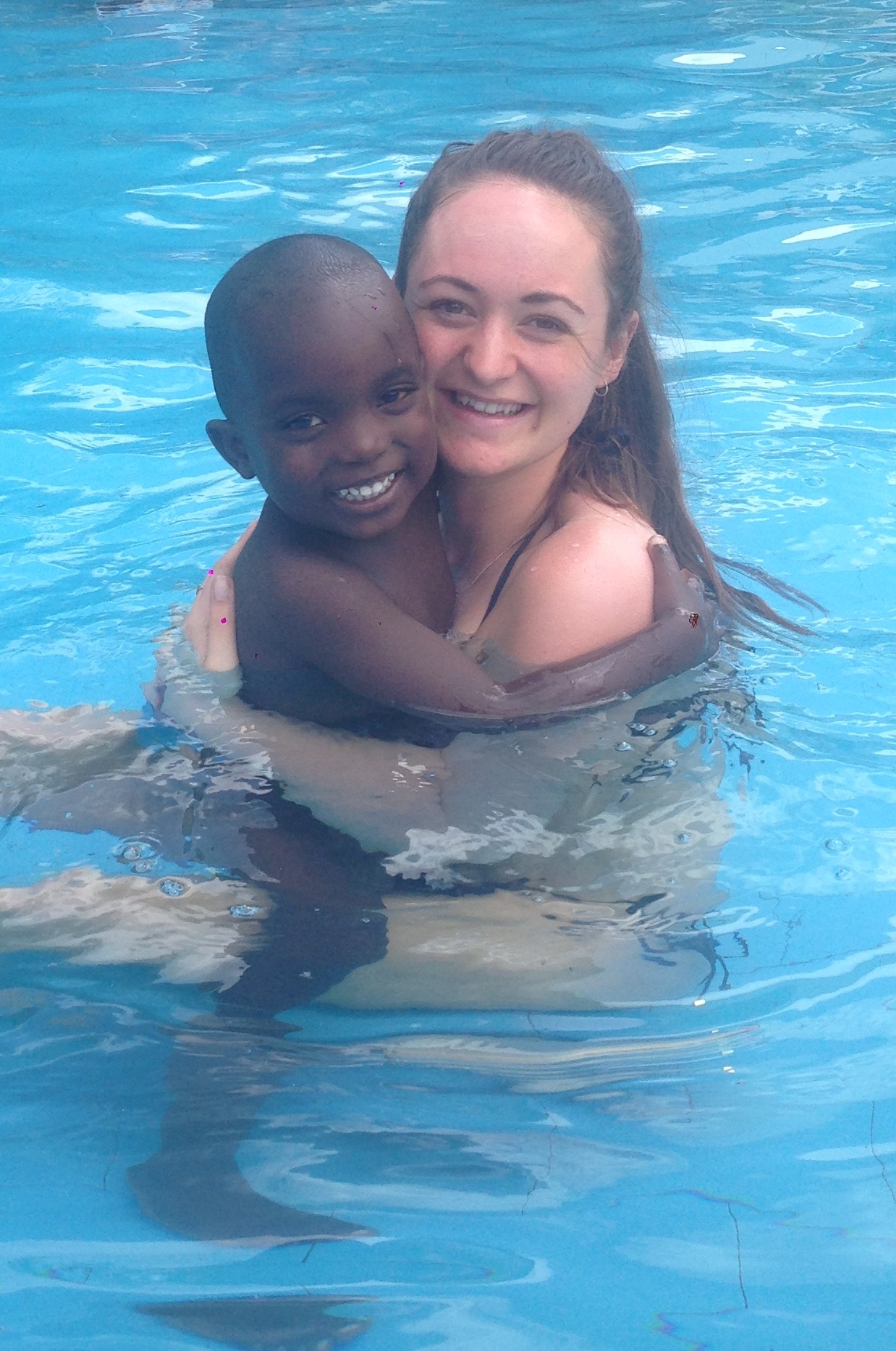 Thankfully there's no competition between Kate and Solomon's biological mother, and the pair also share a close bond.

Kate says: "Mariam has nothing but support – we all have unconditional love for each other.

"Solmon doesn't have to choose between us- he knows we both love and support him.

"It's become my purpose and Mariam tells me she's so thankful we met as she doesn't know what would have happened to her otherwise. My family is hers too."

Kate is saving up to make a home in Uganda, where Mariam can live and they can all stay as a family when she visits.

“Mariam is like a sister to me,” Kate said. “Solomon is like a son, and he calls me Auntie Kate.

“Going to Uganda and meeting Solomon has changed my life – it's completely shaped it. It’s been incredible.” 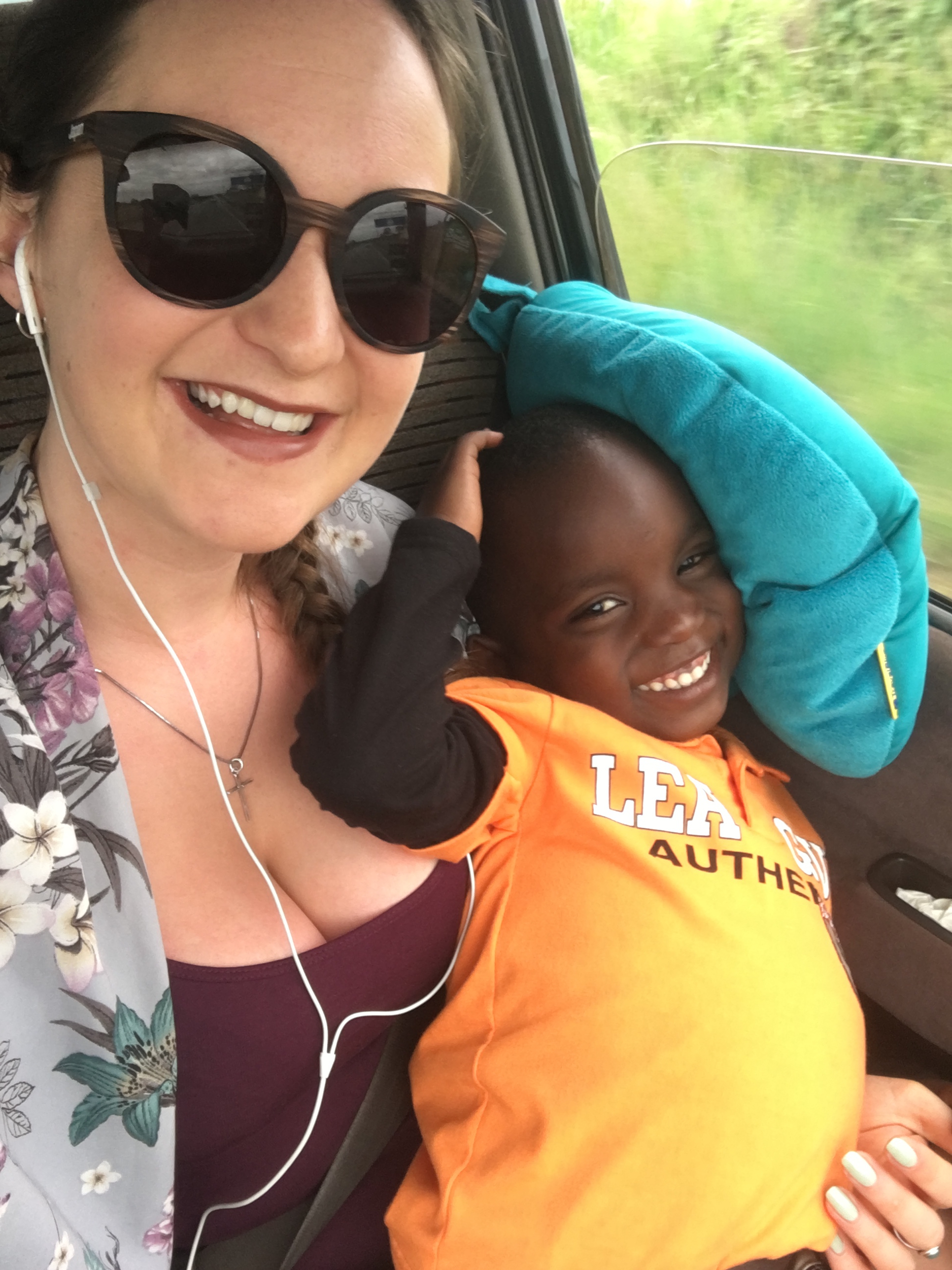 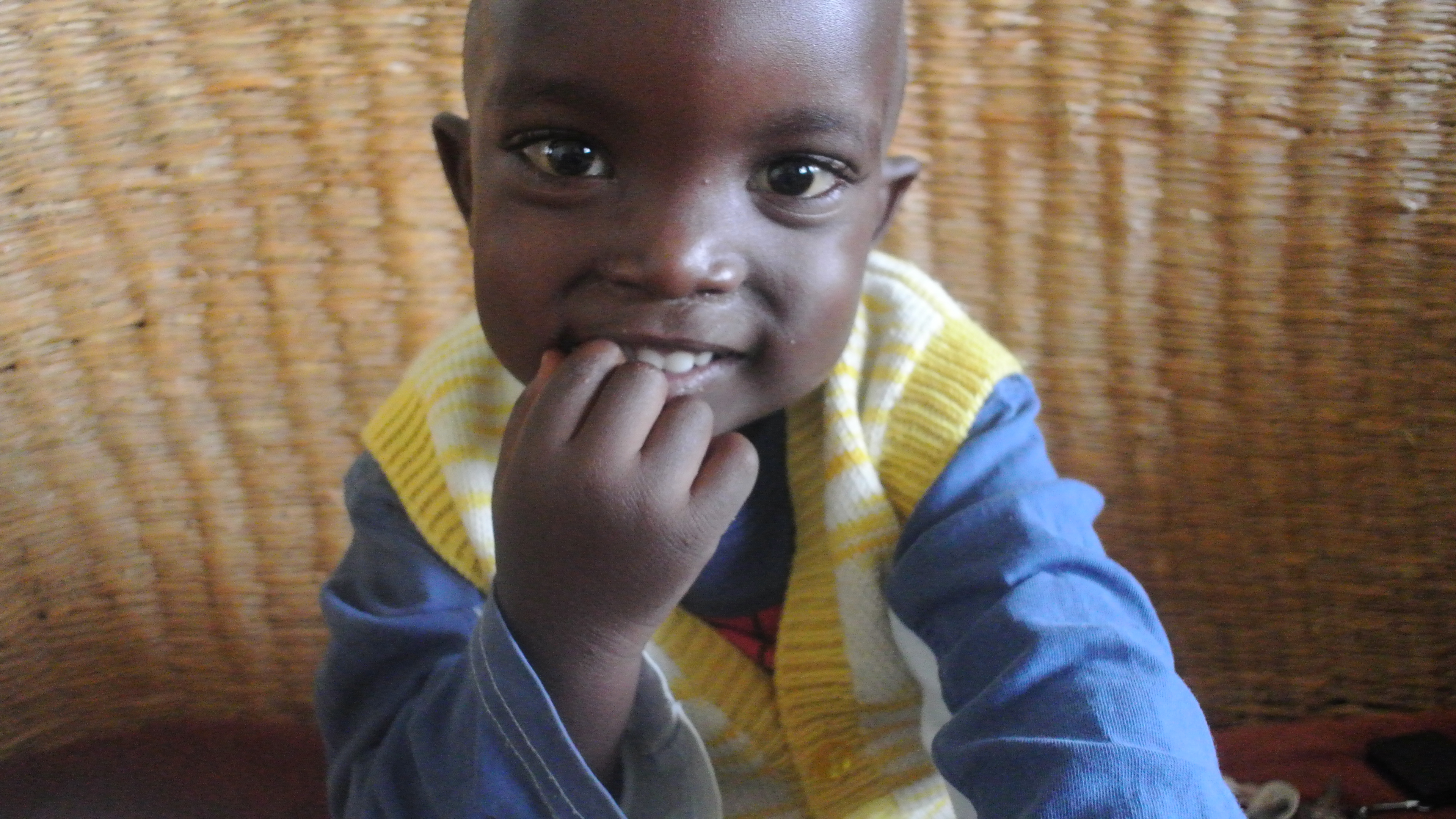