Melania Trump put on a colourful display when she was pictured with Donald Trump and India’s Prime Minister Narendra Modi. They political leaders were spotted posing at Hyderabad House in New Delhi. The US First Lady showed off her tiny waist with a chunky red belt.

Melania and Donald arrived in India yesterday as part of a two-day trip to the country.

After meeting with Narendra Modi yesterday, the pair visited the iconic Taj Mahal. 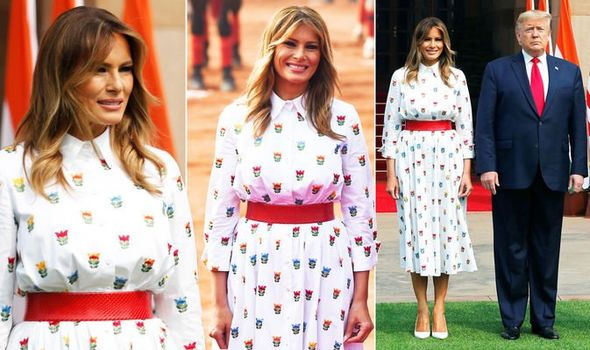 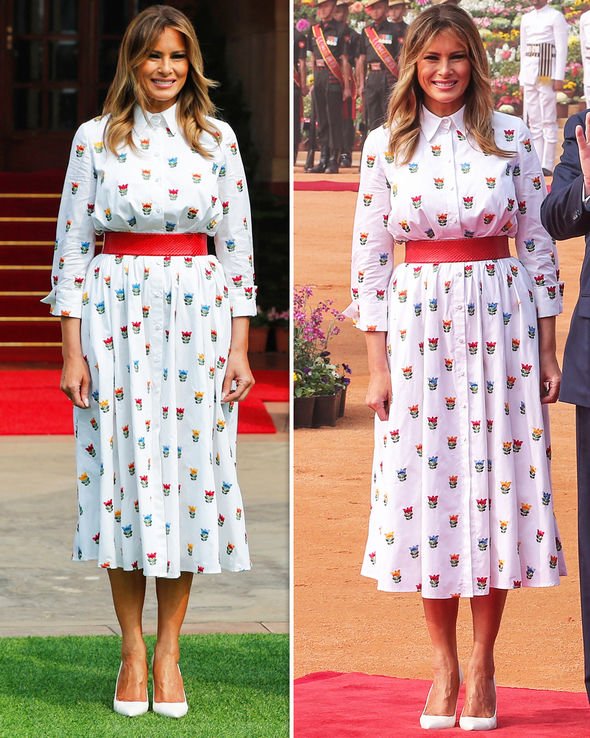 The garment was reportedly from one of her favourite designers Carolina Herrera and similar looks are on sale for around £2,000.

It had a full pleated skirt that cut off just below the former model’s knees.

The look was given a pop of colour as it had a red, blue and yellow floral pattern across it.

Melania was pulled in at her tiny waist by a textured red chunky belt.

She completed the look with a pair of closed toe white Christian Louboutin pumps, £532.

The First Lady wore her highlighted brown hair down and styled into a light curl that sat just below her shoulders.

Opting for a glamorous make-up look, Melania wore dark eyeshadow and a slick of bronzer. 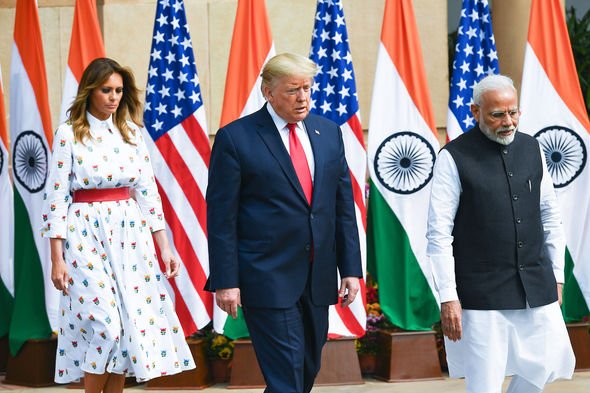 While out today, Melania and Donald also met with India’s President Ram Nath Kovind and his wife Savita Kovind.

The First Lady was accompanied by Donald Trump who wore a navy suit with a white shirt and red tie.

The long sleeved design had a high neck and continued into loose A-line trousers. 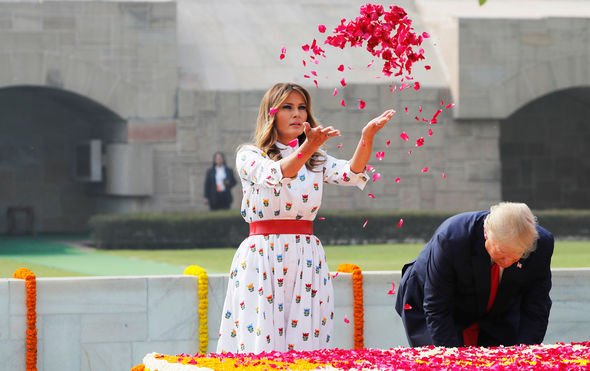 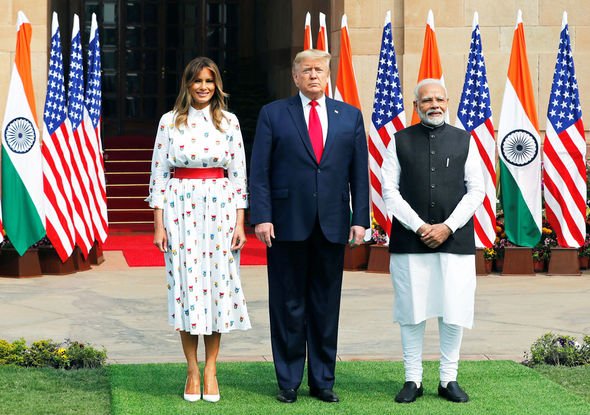 She paid tribute to the country she was visiting with a green scarf tied around her waist.

The item had a traditional Indian print sewn across it in a gold metallic thread.

Chiefs vs. 49ers: Here’s how the two Super Bowl teams match up

Judge Rinder reveals his grandfather has died of coronavirus aged 92

This Classic Wardrobe Staple Is Your Fall Best Friend

Rakuten's all-cloud mobile network goes down a storm in Barcelona