Home » Fashion » My stepmum will always be my abuser but I won't always be her victim, says blogger Louise Pentland

Even via a Zoom call, Louise Pentland’s willingness to talk openly and from the heart makes it clear to see why she’s become the UK’s top parenting blogger.

With over 2.4 million Instagram followers and 2.3 million YouTube subscribers, she is now a brand in her own right – a far cry from when she started out in September 2009 with a tiny house renovation blog and YouTube channel called Sprinkle Of Glitter, with a couple of dozen followers. 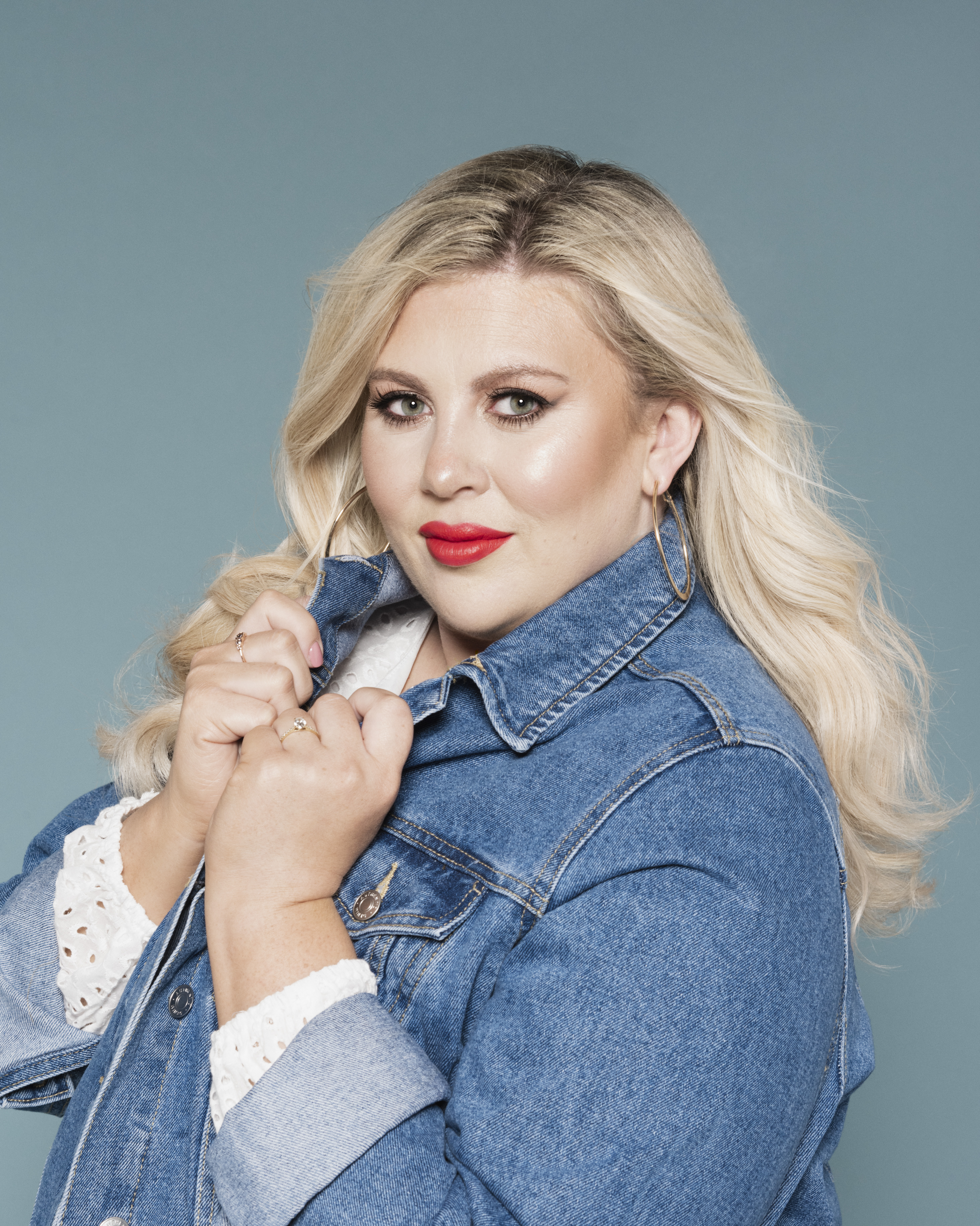 What began as vlogs about wall paint and lipsticks has turned into something of a public diary that has seen mum-of-two Louise, 35, from Northampton, through some of her best and worst times, including motherhood, divorce (she split from her first husband Matt Watson in 2014) and dating, which led to her meeting her now-fiancé Liam, 42, in 2016.

In 2017, Louise also became a Sunday Times No.1 bestselling author with Wilde Like Me, a novel about the journeys of a single mother, and two further bestsellers followed.

Now, after a decade online and with her daughters Darcy and Pearl, aged nine and two, Louise is sharing her story in a no-holds-barred autobiography called MumLife, out on Thursday, in which she recounts the highs and lows of motherhood, but also details the devastation of losing her mum to cancer when she was just seven and – most shockingly – the physical and emotional abuse she faced as a young girl and only child at the hands of her stepmother.

Just days after her mum’s death, Louise’s dad introduced her to his new partner and what started as “false, over-friendly” gestures, escalated into cruel jibes and eventually physical violence. 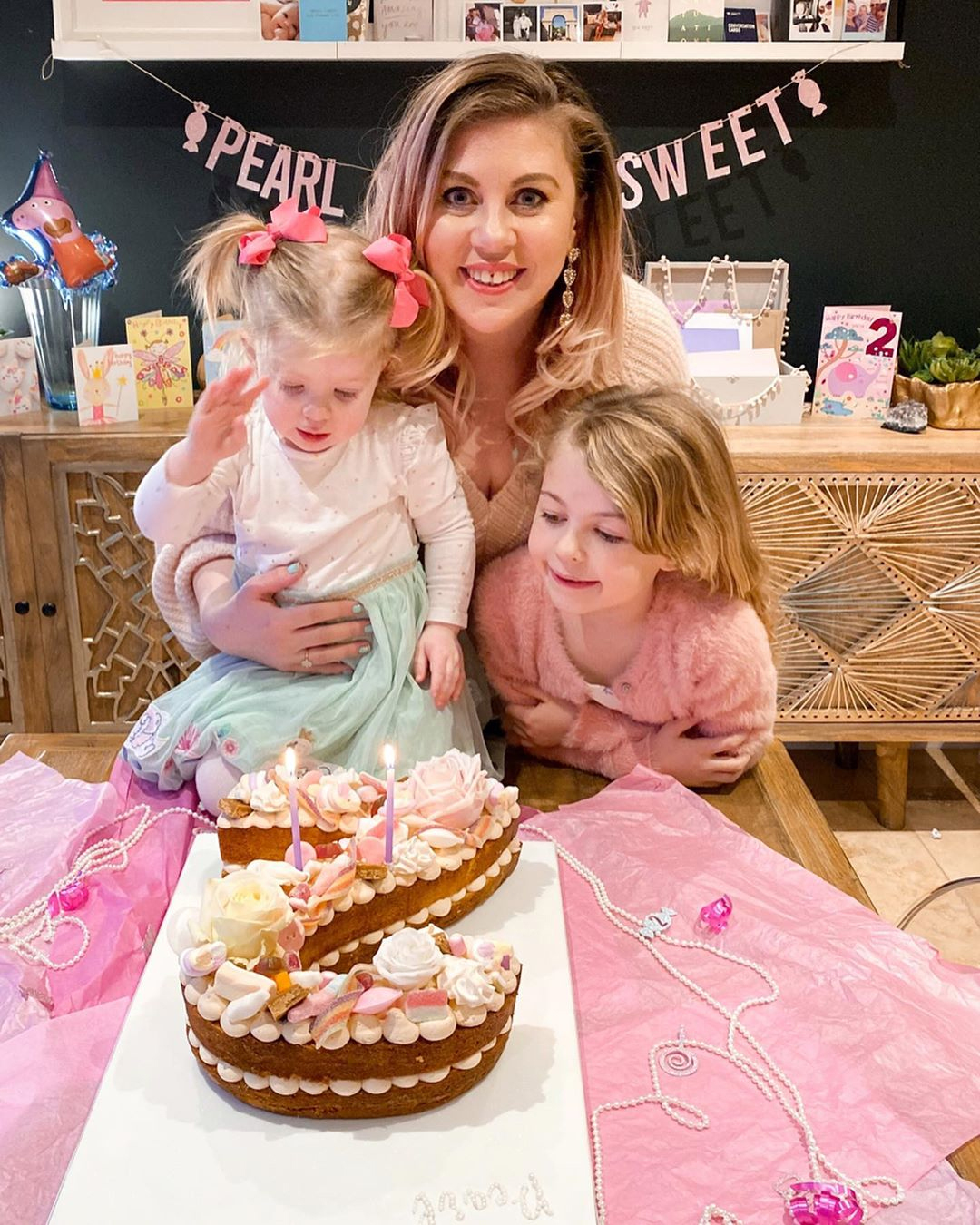 While she still finds it hard to talk about what she endured, Louise has bravely recalled the most traumatic moments of her past in the book.

She remembers how the woman, who she has decided to call Sandra*, began to criticise everything about her.

“My hair, my body, the way I talked, walked – everything was fair game to her,” she writes.

“Anything would set her off. Then she introduced the occasional smack for good measure.

“Whatever way I unloaded the dishwasher would be the wrong way and I would be smacked for it. If she discovered a drawer in my bedroom was untidy she would drag me upstairs, empty everything out, break my things and punish me for being lazy. Or dirty. Or a whore."

She recalls being “dragged from room to room by my hair, scrambling to make my legs work underneath me so that the whole chunk of hair didn’t come out.”

And on another occasion, when Louise fell over, Sandra kicked her repeatedly until she stood back up again.

Louise suffered the abuse for almost a decade, before she turned 16 and decided that she would either have to end her silence or end her life.

I felt isolated and desperately missed my mum

On New Year’s Eve she whispered in her father’s ear: “Dad, she hurts me.”

Although he finished the relationship the following day, the fallout from her trauma has lasted long into adulthood, culminating in a tense face-to-face confrontation with her abuser last year.

We sit down with Louise to talk about why she has decided to share so much of her story and how she’s finally found happiness.

Louise, how are you feeling about the release of your new book? 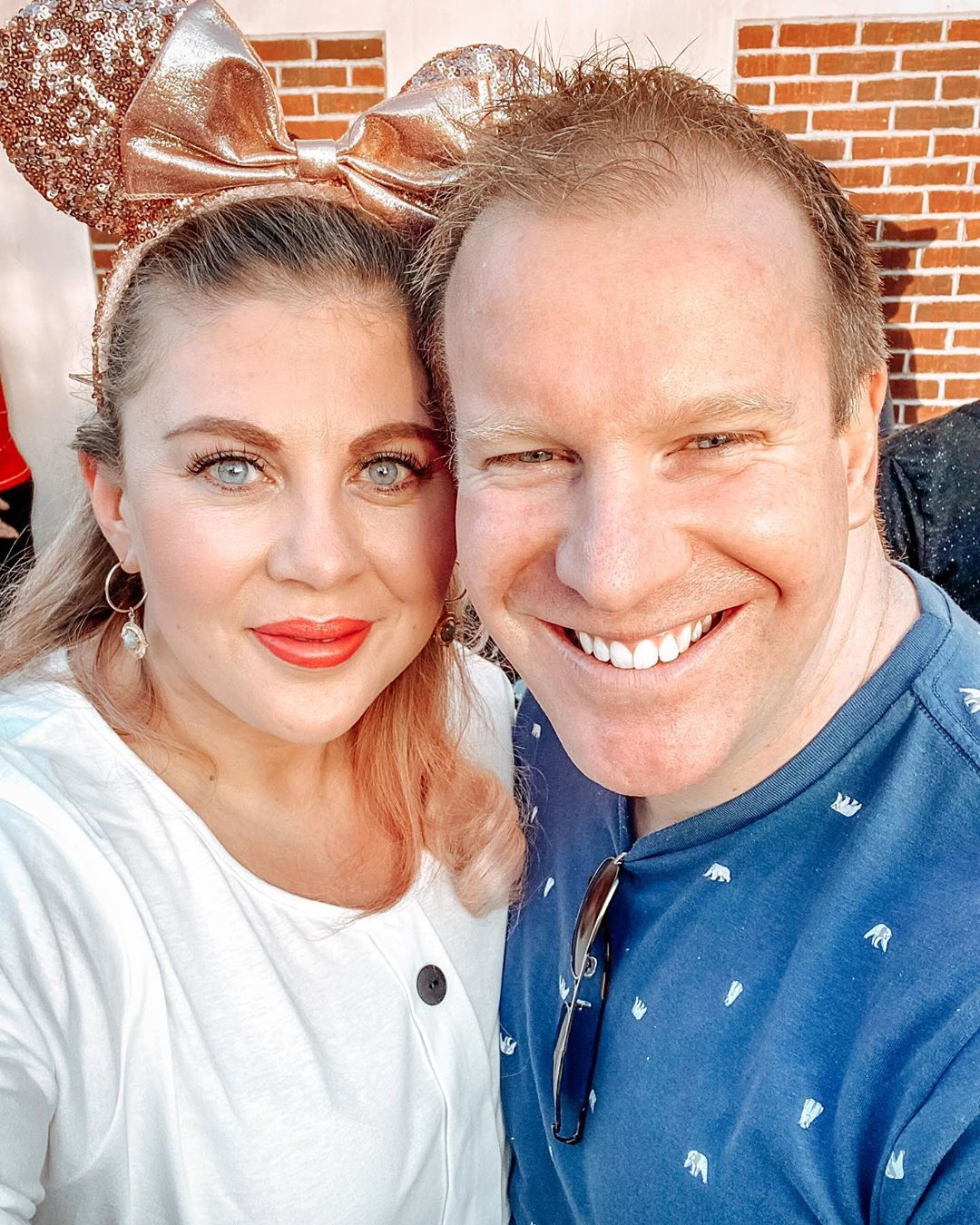 I feel quite sick about it! Once it’s out, it’s out.

It’s like a handy book of everything. There’s loss, grief, trauma, PTSD and talk of suicide, but then there’s joy, literal birth (twice), love and happiness.

I’m so excited to share everything, from my worst to the best. It’s not often that you write down your most harrowing memories and put it in Waterstones.

Do you think some of your fans will be shocked to read what you’ve been through in the past?

I think my followers will be surprised, but also my family and friends who haven’t heard it all.

This is the first time you’ve ever spoken out about the abuse you faced as a child. What happened?

Not long after my mum died, my dad met a woman who moved in and was around every day. My dad worked away from home a lot, so most of the time it was just the two of us.

The abuse started with unkind comments, then she started to make it hard for me to see my family. I felt isolated and desperately missed my mum.

She would say cruel things about the way I looked. Other times, she’d tell me my mum’s cancer was caused by the stress of naughty children [like me].

And then it escalated into physical abuse? 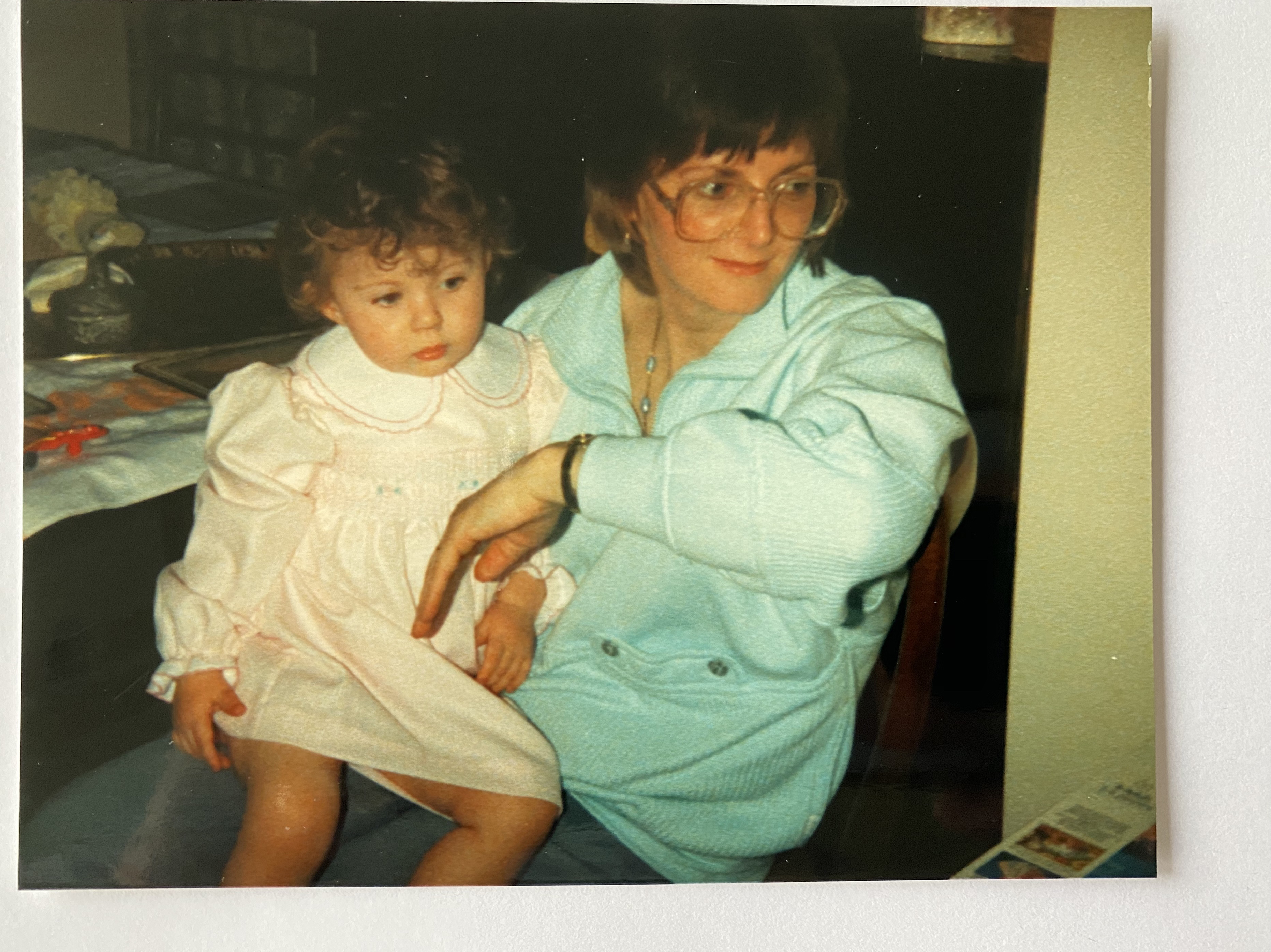 Yes, that’s right. I still find it too painful to talk about. I was too frightened of her to tell my dad what was happening.

How have you built up your confidence over the years since?

It’s taken a really long time. By the time all the abuse ended at 16, I felt like absolutely nothing. Initially, it was other people’s kindness that helped me.

I moved to a different college where nobody knew what had happened, then going to university and having happy, care-free life experiences, followed by counselling and therapy as an adult.

'IT WASN'T MY FAULT'

I’ve also had a chance to have some space from it, and to fully accept that it wasn’t my fault or my doing.

I can choose not to be sad about it, I can be grateful for all the things I have in my life. She will always be my abuser, but I will not always be her victim.

She didn’t win and that comforts me.

I did, and I even surprised myself. It wasn’t planned, I was driving past her house early last year and before I knew it I found myself pulling up outside it.

When she answered the door I told her I was looking to find some peace and she – rather shocked, I think – invited me in.

I sat there and made her face me and face what she did. There was no explanation, but I said what I needed to say, and now I’ve forgiven her.

Not for her, but for me. Hate is a strong emotion and it doesn’t do me or my children any good to hold on to it. 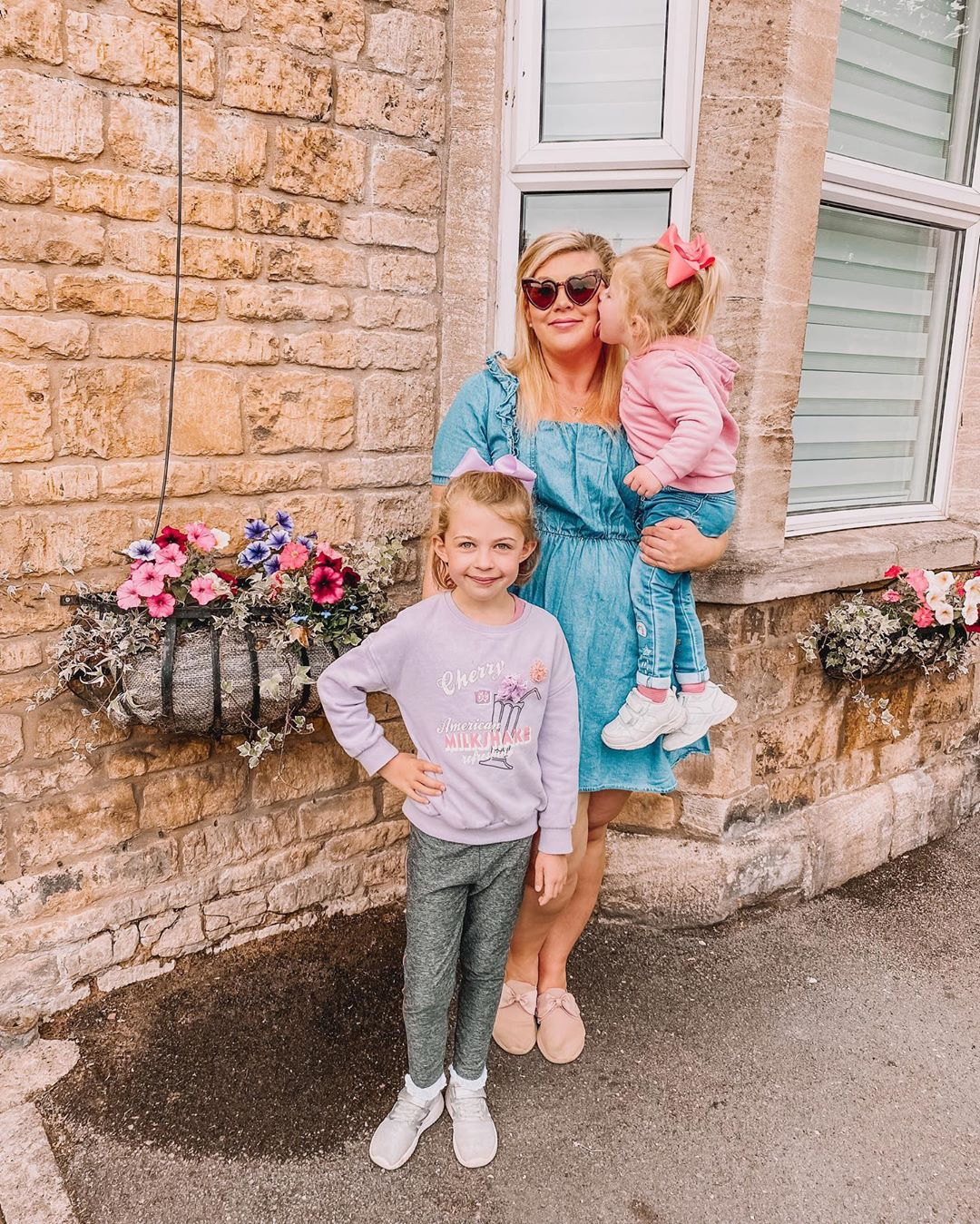 How is your relationship with your dad now?

There was a time when we couldn’t see eye to eye, and at one point during university I cut him off completely, but time is a great healer.

I learned to let go of my anger. We have been to counselling together and he’s been supportive of me writing this book, and I appreciate that.

How do you hope speaking out might help other people?

We could help end horrific child abuse, and that’s healing to me

I put it in there because I want people to read it and a) know that it happened to me, and b) to know it doesn’t have to affect you forever.

I wanted to put the details for Childline and the NSPCC in there as well, because if I had known back then that I could call them confidentially, then I could have saved myself.

We could help end horrific child abuse, and that’s healing to me.

You sadly lost your mum to cancer aged seven. How has that affected you?

I don’t think I realised how big the mum-shaped hole in my life was until I became a mum myself at 26.

Then I realised I didn’t know how to do this, and I didn’t have a template to lean on. It’s lonely to be a mum without a mum.

You rely on your mum for advice and support, love and company, and I don’t have that, so grief is tricky.

You can’t schedule grief into your day or life, it just sneaks up on you in your dark moments and sucker-punches you. 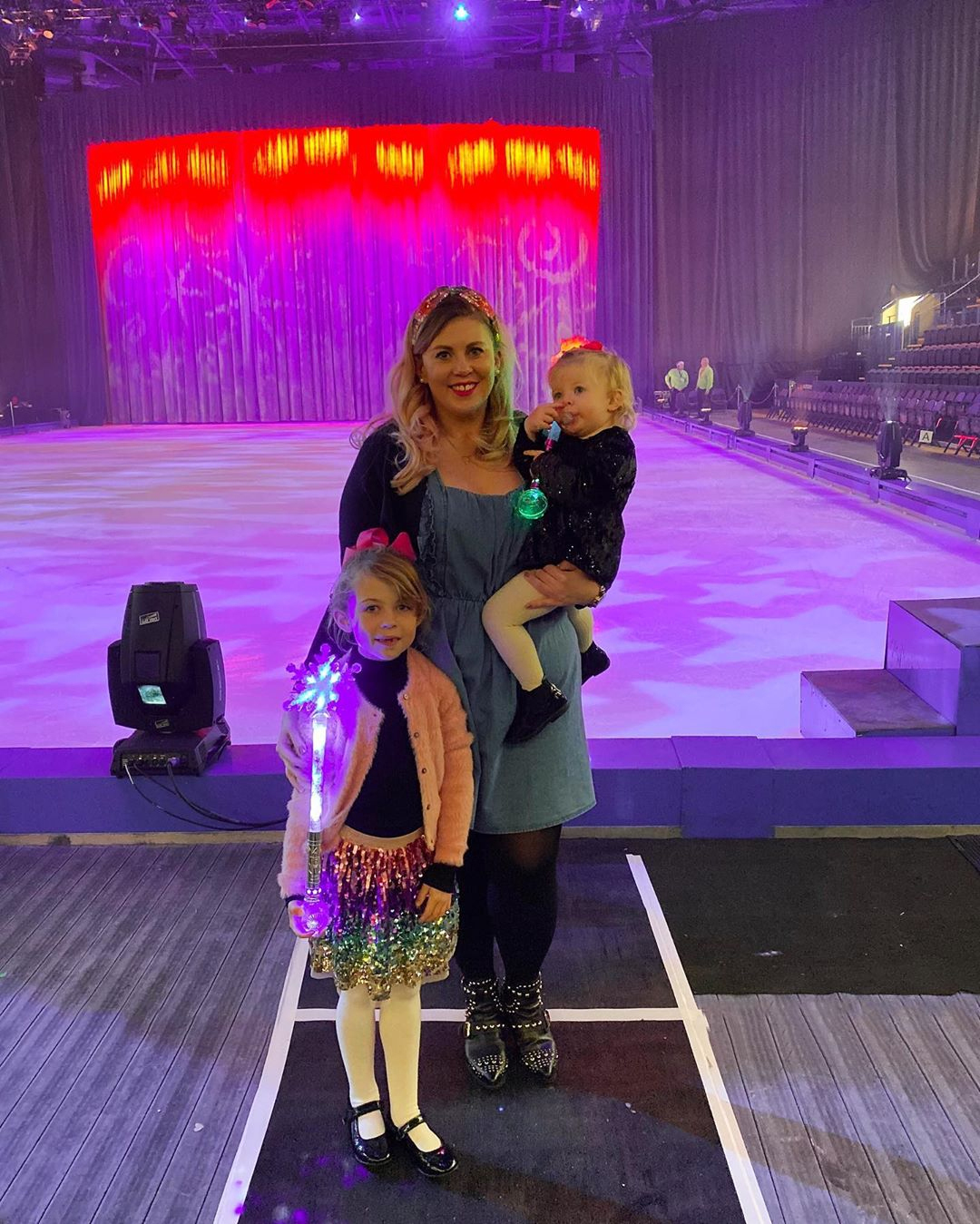 Did you ever think your social media career would take off like it has?

I never planned this life! I had a fantastic career before this as the world’s worst receptionist, answering the phone and door.

When I started my blog, I only ever thought it would be a side thing. Ten years later, it’s turned into a full-time job.

If you’d said to 10-year-old Louise, who was in the depths of despair, the Pope is going to ring you one day and ask you to pop over to the Vatican to talk about your YouTube channel, I would have laughed at them.

It has been a really unexpected journey, but every day I’m so grateful for it.

Why do you think you’ve become such a favourite with so many people online?

I’ve been through all the same things you have. I have struggled with motherhood, I’ve been on terrible dates and been dumped, and I’ve had a lot of fun.

I think it’s nice to share those things and have that connection. I also try really hard to not be a knobhead!

What other people think of me is none of my business

Have you experienced the dark side of being online?

Definitely. There are places you can read horrific things about yourself, if you choose to.

I choose not to read them, because what other people think of me is none of my business. 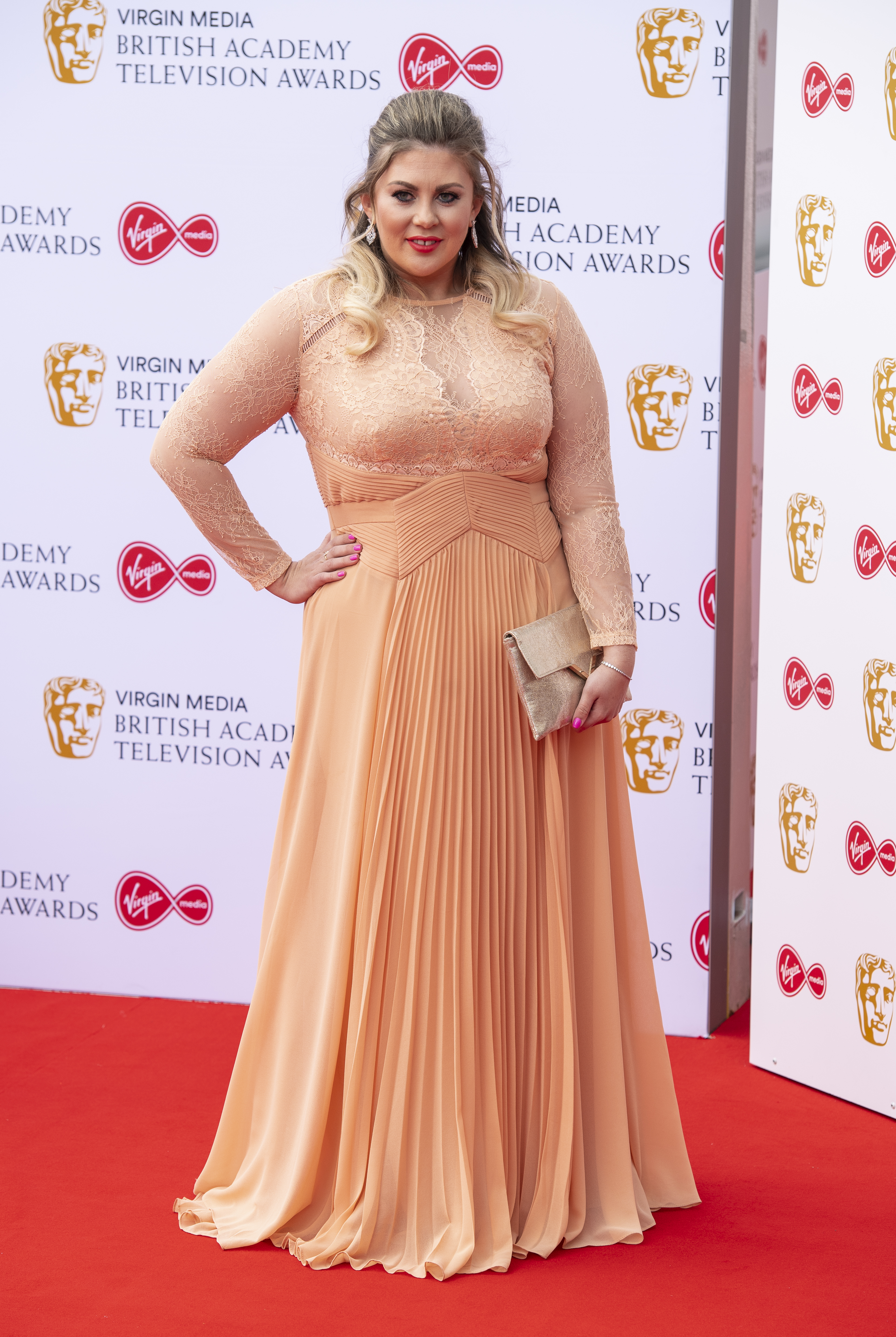 How did you find dating as a single mum before you met Liam?

I thought when I rejoined the dating world it was going to be so good and all these people would come flocking.

There was no flocking, and my milkshake brought no boys to the yard. So then I tried Tinder, thinking there would be loads of sexy, eligible bachelors, but there were just a lot of bachelors.

All my dates were a bit dire, until I met Liam. But I don’t get it – mums aren’t damaged goods, we’re great goods.

We have all these extra skills for keeping another human alive! Men should have more compassion and understanding.

Would you say you feel confident and happy as you are now?

I was absolutely riddled with self-consciousness and anxiety when I was younger.

I was only a size 14, but I used to think I was so fat and unappealing, and it wasn’t until I got into my 20s and 30s that I realised it wasn’t really affecting my life.

I just think that women need to live their lives. When you’re old and grey, you won’t think back to how chunky your thighs were, or how your stomach looked in that skirt.

Stop wasting your life with it and just live for the moment!

MumLife, What Nobody Ever Tells You About Being A Mum by Louise Pentland (£14.99, Blink Publishing) is out Thursday.

Teen girl, 16, covered in cherryade by cruel bully on prom night sobs: 'I thought we were friends'