The Queen clearly loves the Queen Alexandra Kokoshnik Tiara, as she has worn it throughout her reign. The stunning diadem gets its name from its first owner. It was presented to Queen Alexandra, then the Princess of Wales, for her 25th wedding anniversary in 1888 by the Ladies of Society – made up of 365 peeresses of the UK.

The committee asked Alexandra for her input on the design, so that she would definitely get a gift she liked – and she wanted a tiara just like one worn by her sister, Empress Marie Feodorovna of Russia.

The tiara was presented to Alexandra on March 10 1888. There was some fighting over who would get to give it to the Queen – Lady Ailesbury won the argument, and attended Marlborough House to present it.

It was not quite the jolly party initially planned, as Emperor Wilhelm I of Germany (the father-in-law of Alexandra’s husband’s older sister Victoria) died the day before. The Royal Family, then, wore mourning clothes for the presentation. 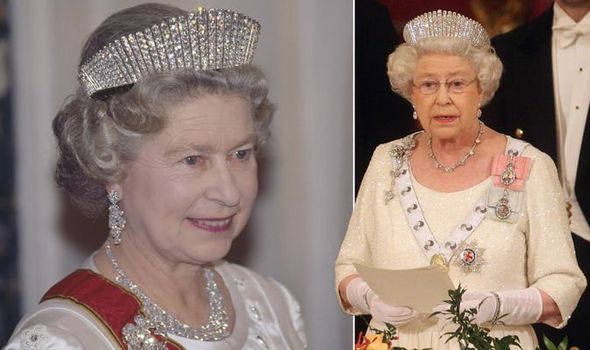 The tiara made one of its first outings a few years later at the 1893 wedding of Alexandra’s second son, the Duke of York – later King George V – to Princess Mary of Teck.

She also loaned it out – between 1888 and 1898, Alexandra’s mother, Queen Louise of Denmark, was photographed in the tiara.

When Alexandra died in 1925, it went to Queen Mary, and it became one of her favourites.

It is now closely associated with one woman – Queen Elizabeth, who inherited it on Mary’s death in 1953. Her Majesty has worn it on various royal tours and to state banquets throughout her reign.

Garrard made this piece, which is white and yellow gold set with diamonds. Like Marie Feodorovna’s tiara, this piece was made of individual pavé-set bars, although Alexandra’s version had more rounded tips.

Alexandra’s kokoshnik featured 77 of these fringe pieces, filled with more than 400 diamonds. It cost £4,400 to make, and can be worn as a necklace also.

Two years after it was initially made, Garrad worked on it again to create a self-adjusting frame. Alexandra also had 16 of the smaller bars removed, meaning the current tiara is has 61 graduated bars containing 488 diamonds.

Speaking exclusively about the diadem to Express.co.uk, Alexandra Michell, Gemologist at Prestige Pawnbrokers of Channel 4’s Posh Pawn said: “To celebrate the 25th silver wedding anniversary of the Prince and Princess of Wales, King Edward VII, Queen Alexandra in 1888, and the Ladies of Society asked the Princess of Wales what she would like as a gift. 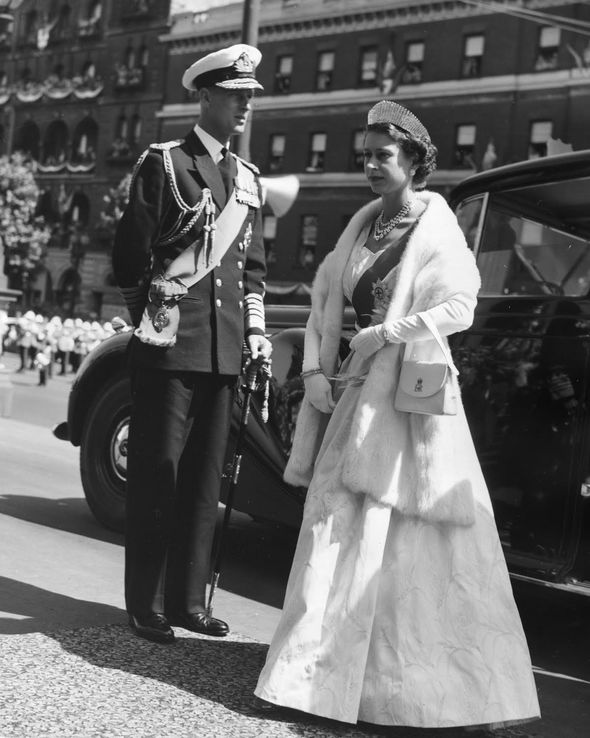 “She requested a Tiara, but not any Tiara. The Princess requested a copy of the Empress Marie Feodorovna of Russia’s Tiara, her sister.

“This tiara was popular in the late 19th Century, and was based on the Kokoshnik or Cock’s Comb, which was originally styled on traditional Russian folk headdresses. Garrard, Jewellers to The Crown, were commissioned to create the gift.

“They fashioned it from white and yellow gold, 77 tapered bars set with 400 graduated diamonds, each bar containing six-eight diamonds, two of the largest weighing 3.25cts each, terminating in a curve.

“The piece cost the Ladies of Society £4,400 at the time, roughly just over £575,000 in today’s value. It was gifted to her in a fitted box and an album listing each one of the 365 ladies who donated towards the gift. 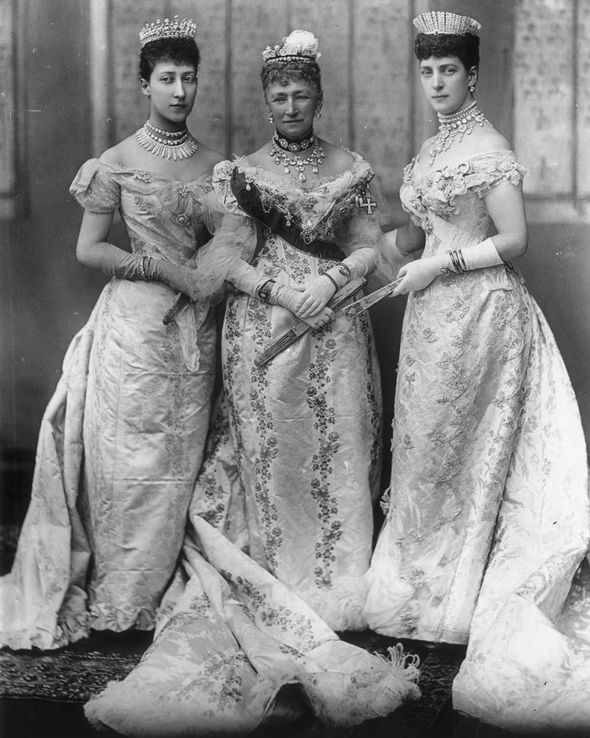 “As with many jewels from that era, it was also a convertible piece, transforming into a necklace, however this caused problems with the stiffness of the bars when worn as a Tiara. This was addressed in 1890 by Garrard, fitting a new frame to the Tiara.

“It was also reported that Queen Alexandra modified the diadem further, removing 16 of the smallest shafts.

“Today, the Tiara sports 61 shafts and 488 diamonds, and since being passed down to Queen Elizabeth II, it has been regularly worn on many official occasions by her.

“With its design reminiscent of beams of sunshine, radiating with gleaming diamonds, I would estimate this dazzling Tiara could easily fetch upwards of £4 million at auction.”

How many tiaras are there in the royal collection?

There are dozens of priceless tiaras owned by the Queen and other members of the Royal Family. Many of the British aristocracy also own tiaras, wearing them at state banquets and on wedding days.

As well as tiaras currently in existence, there are a couple which have been dismantled to make other diadems. This includes The Surrey Fringe and The Nizam of Hyderabad.

Some tiaras have formed part of iconic moments in the history of the Royal Family. The Cartier Halo for instance, was worn by Kate Middleton on her wedding day to Prince William in 2011. Similarly, the Meander tiara was admired around the world thanks to it being the choice of Zara Phillips for her wedding to Mike Tindall in 2011.

And it is the Lover’s Knot that is most often seen today, as it is a favourite of the Duchess of Cambridge. It was closely associated with Diana, Princess of Wales during her marriage to Prince Charles, so holds special significance for Kate.

Tom Hanks On Mr. Rogers As An Antidote To Cynical Times: “We Are Allowed To Start Off The Day Feeling Good” – Toronto