Another day, another beautiful photo of Salma Hayek. The star took to Instagram on Friday to share images from her latest photoshoot for DuJour.com and she blew her fans away.

In one stand-out image, Salma slipped into a bathtub while wearing a strapless, black gown and looked mesmerized as she stared straight down the lens of the camera.

Despite being submerged in water, the actress appeared unphased and the behind-the-scenes snapshot she added proved she’s a true professional.

WATCH: Salma Hayek partying in a red-hot bikini needs to be seen to be believed

Salma added several more photographs from the shoot and thanked the team and glam squad for making it happen.

POPULAR:  GMA3 welcomes back major host afte break – but who is it?

Fans rushed to comment and said: “Geesh still awesome,” and, “always so beautiful,” while a third wrote: “I love how you carry your beauty. You are an inspiration to me.”

Salma shared a series of different looks from her shoot with DuJour.com

Salma recently made a show-stopping appearance at the Golden Globes when she dazzled in an exquisite Gucci cocktail gown.

Not only did she wow on the red carpet but she commanded attention on stage when she was joined by her Puss in Boots co-star Harvey Guillén to present the award for Best Motion Picture: Musical or Comedy to The Banshees of Inisherin.

It was straight back to work for Salma, following a breathtaking New Year’s break in the mountains.
Sneak peek into her ski vacation gave fans a s with images and videos of her time away. 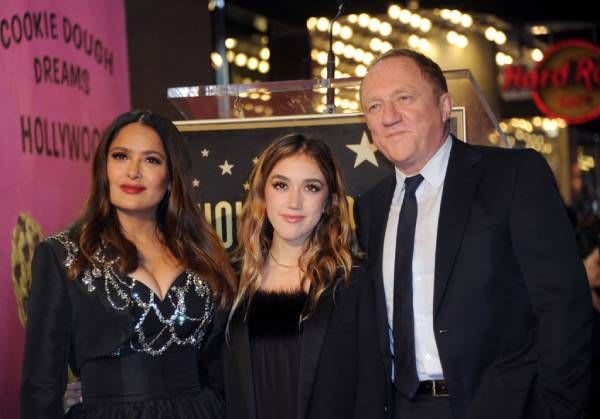 Salma spent the holidays with her husband and her teenage daughter

In one unforgettable photo, the Oscar-nominated star appeared completely fresh-faced, allowing her radiant beauty to shine, while the snow-capped mountains behind her certainly added to the appeal.

“Good morning 2023,” she penned alongside her snap. “Happy new year to all of you wonderful people, thank you for sharing your love, making me feel supported and many times making me laugh.
“I always learn from all of you and I hope many blessings come your way in this new adventure.”

Most Popular Birkenstock Styles Are 25% Off During This Surprise Sale