Home » Fashion » Unflattering nappy-style, leaking in the office but sexy enough for a date? Here's what happened when I ditched tampons and put seven period-proof knickers to the test

The UK's first period-proof pants went on sale earlier this year, promising to absorb blood for up to 11 hours with no leakages. 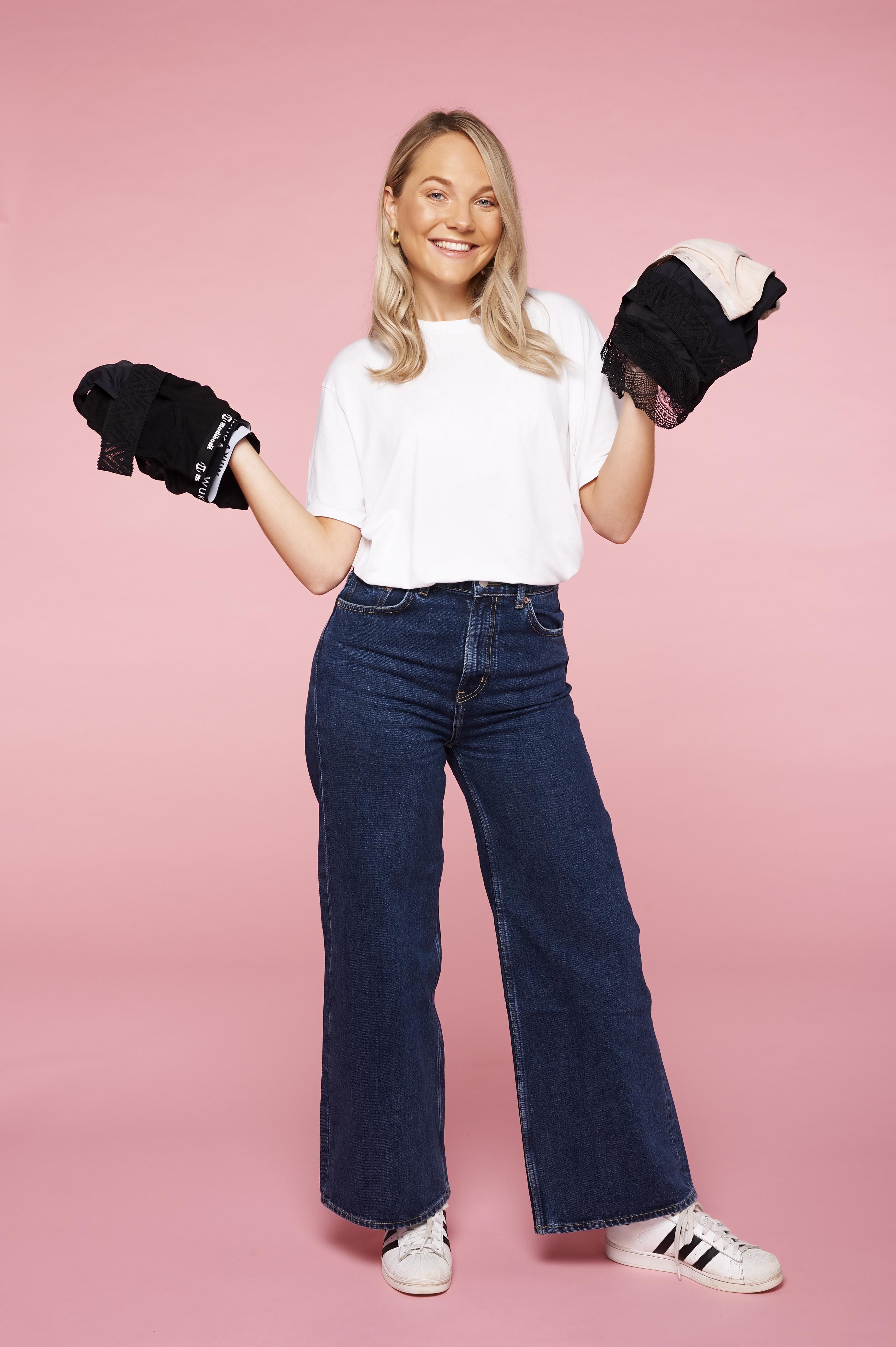 Writer Sophie Swietochowski, 25, from London, started her periods aged 12 and since then has spent an estimated £600 on pads and tampons, according to the BBC tampon cost calculator.

With this in mind – and concerned about the impact piles of sanitary products has on the environment – she decided to ditch her usual arsenal and try out seven different types of period-proof pants.

Here's how she got on… 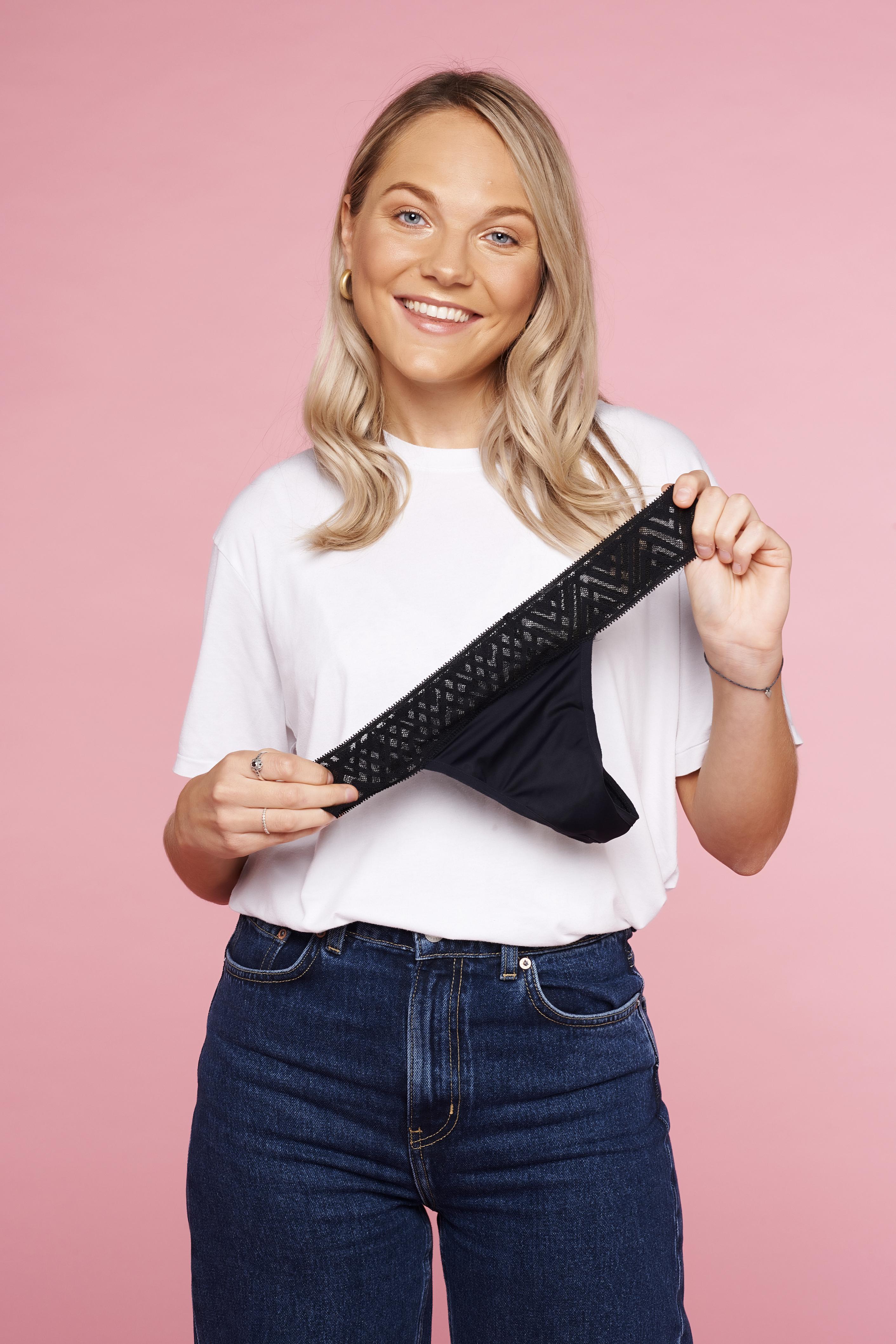 I've always used tampons and sanitary towels since starting my period aged 12 because, well, what other option did I have? Step forward period-proof pants!

The innovative underwear acts as a replacement for sanitary pads and lets you flow au-naturelle (although some brands suggest doubling-up with a tampon on heavy days).

Much like tampons, period-proof pants vary in thickness and absorbency so can be tailored to the wearer’s individual flow. 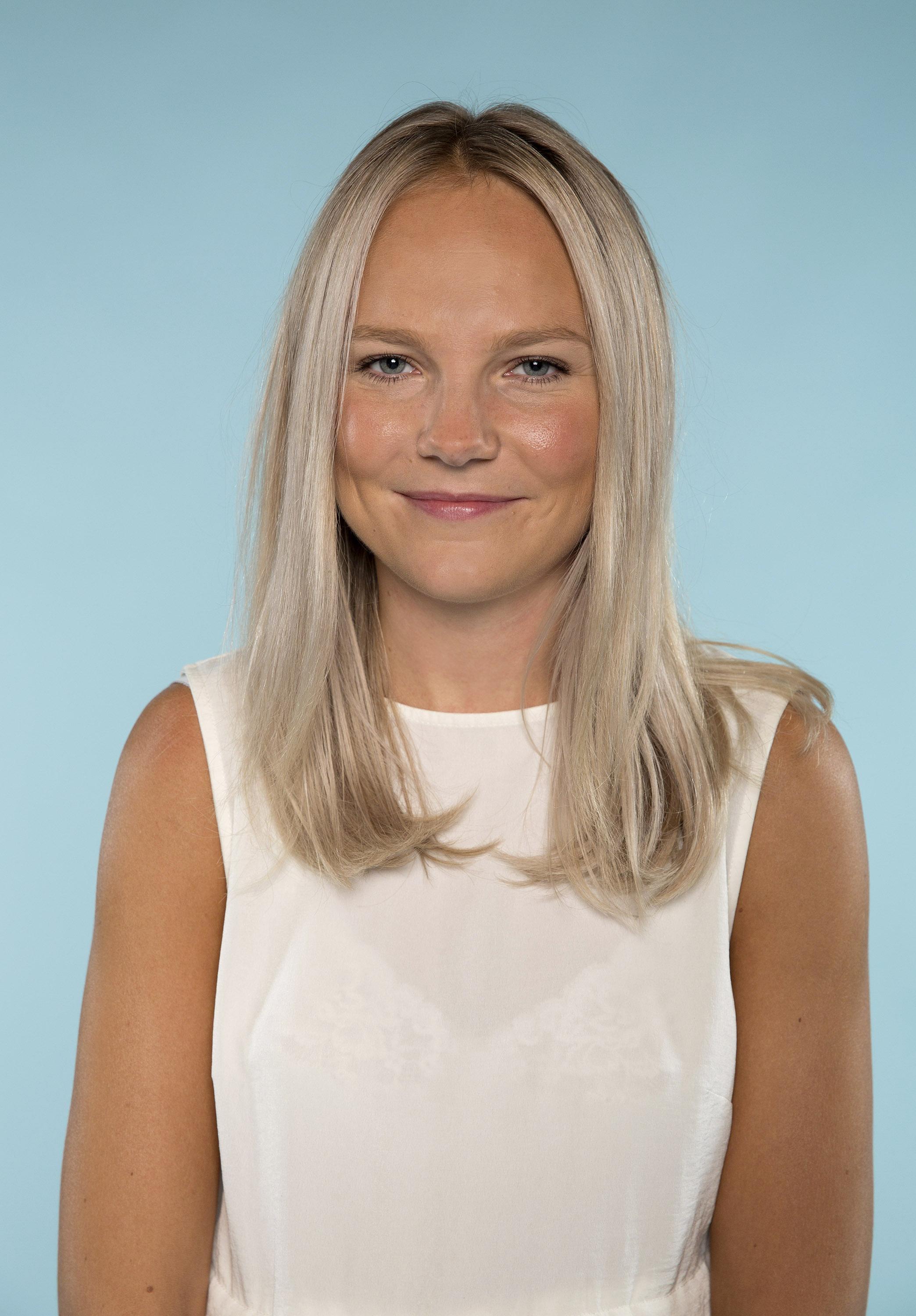 At the end of the day, you slip them off, chuck them in the washing machine and they’re ready to be worn again.

As a committed Tampax user, I was sceptical. Could these reusable knickers really replace the disposable products I’ve been relying on all my adult-life? 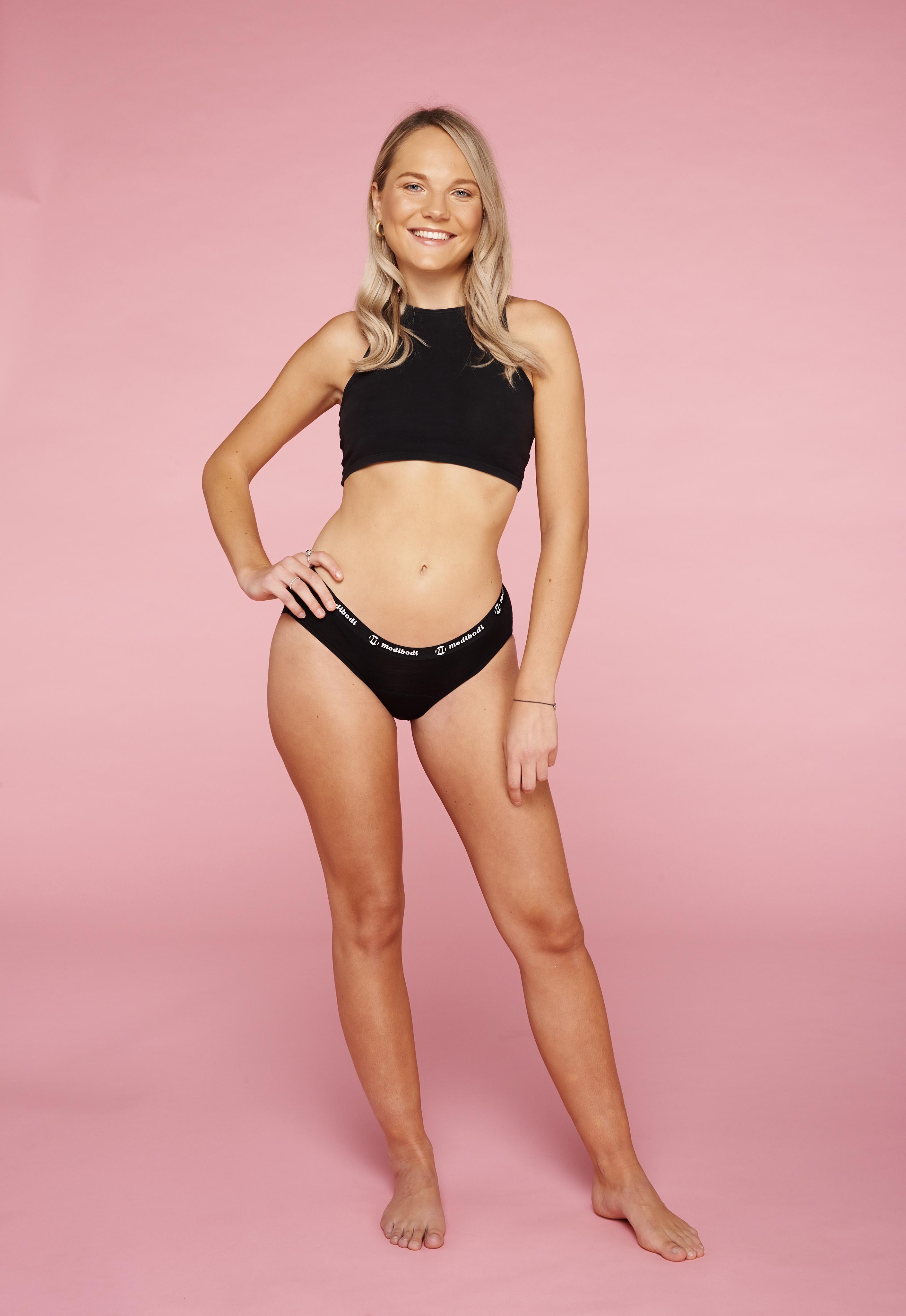 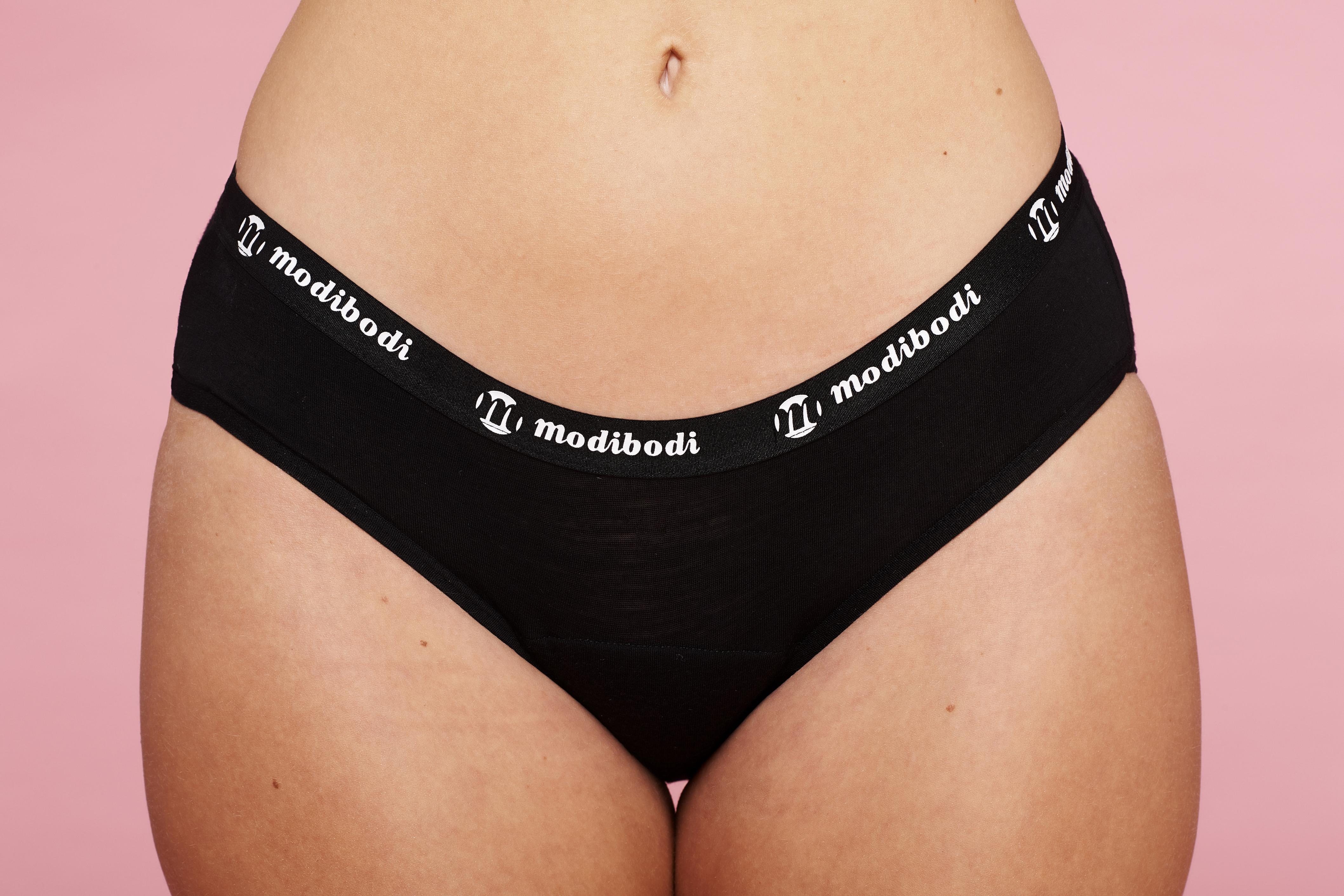 The founders at Modibodi set out to empower women to feel great in their own skin.

And this is exactly how I felt wearing these soft, curve-hugging pants.

I’ve always been completely and impractically irregular, so unsurprisingly test number one came without warning.

Luckily my period came along on return from a girls’ night out, so I was able to drunkenly slip into something a little more appropriate when I got home.

My decision to wear the Modibodi briefs over any other pair was based solely on how comfortable they looked through my prosecco-influenced eyes.

Knowing how wriggly I am in bed, I felt unsure about the results of that evenings experiment.

I tend to lie on the heavier side in the first few days, so the thick and nicely padded fabric seemed like the best choice for handling whatever may come.

The knickers were the perfect fit for my thighs – tight enough to prevent any unwanted leakage but not so much so that I felt restricted.

I awoke forgetting that I was even wearing them. They definitely did the job (and I was relieved to not be cleaning bed sheets on a hangover).

ModiBodi and all the other brands claim that you could chuck them straight in the wash at the end of the day, but I didn’t like the thought of the contents of my period knickers swirling around with the rest of my washing, so I rinsed them out beforehand.

Holds up to 1.5 tampons worth 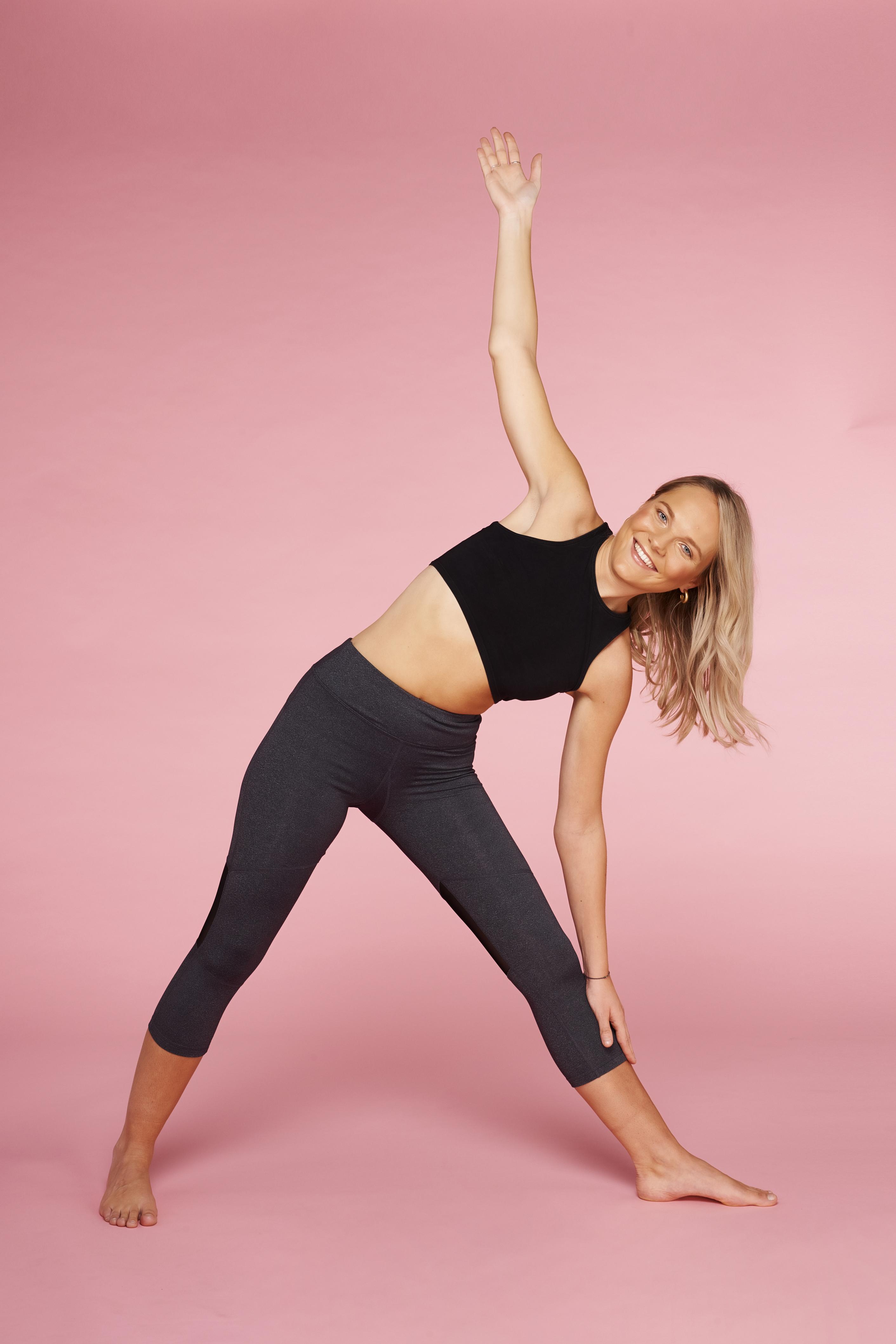 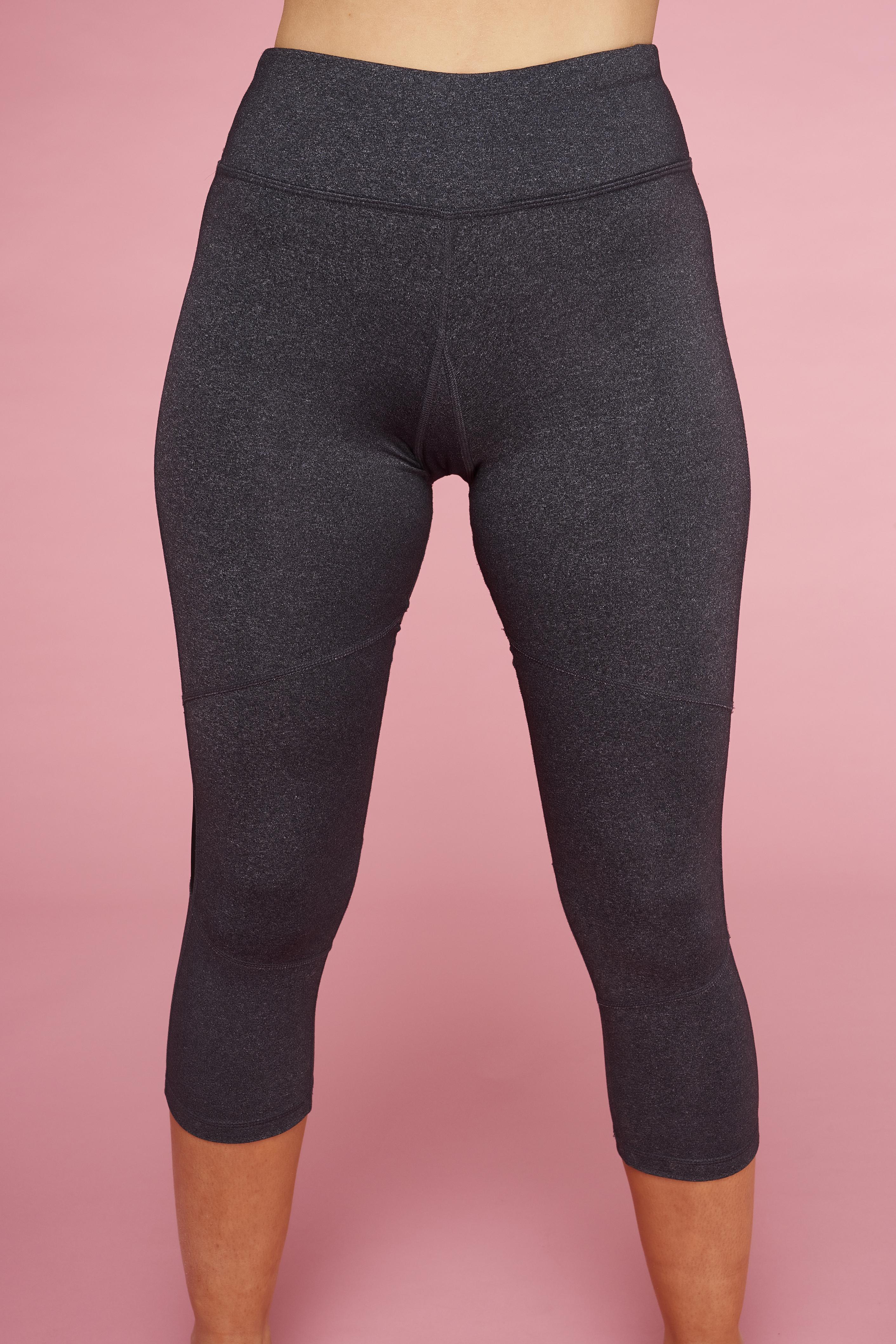 The Dear Kate Yoga Leggings have a built-in absorbent area (like the pants) so you can supposedly go completely knicker-less for your session if you’re on a lighter flow.

I wasn’t brave enough to embrace the leggings commando at such a heavy stage, so I doubled-up with a tampon.

Yoga on your period is a bit of a double-edged sword. It’s less intense than a lot of other exercises, but equally it can have your arms and legs stretched and twisted at all sorts of angles, leaving you sometimes feeling a bit exposed and fearing a leak.

But this trusty gym gear kept my mind at ease. Not only did they look great, they were completely protective.

I had felt apprehensive that people would notice I was wearing nappy-style leggings. "What if they bunch up around my thighs like a reverse camel toe?!" I thought. But the absorbent area was subtle and well disguised. Big thumbs-up from me.

Holds up to two tampons worth 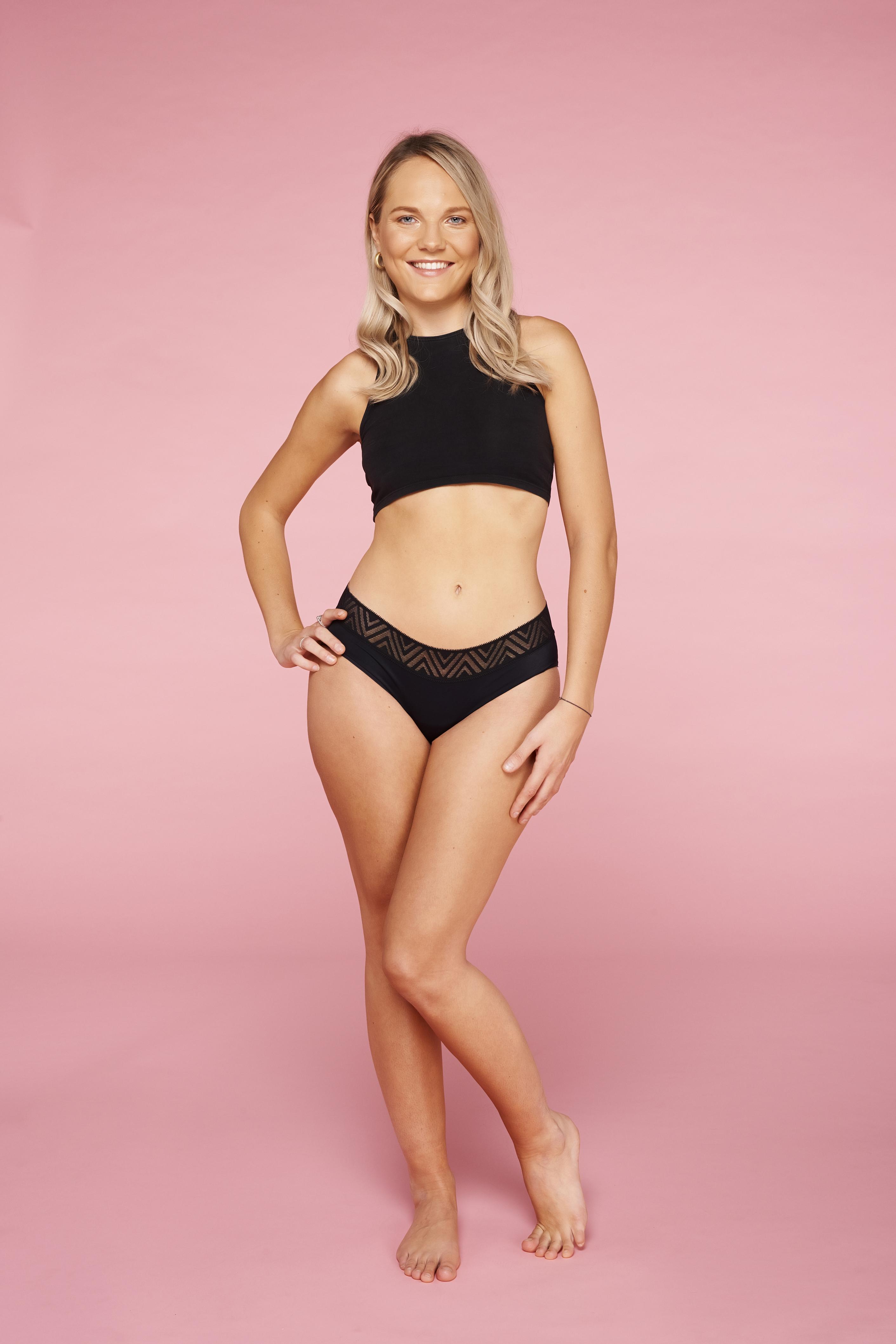 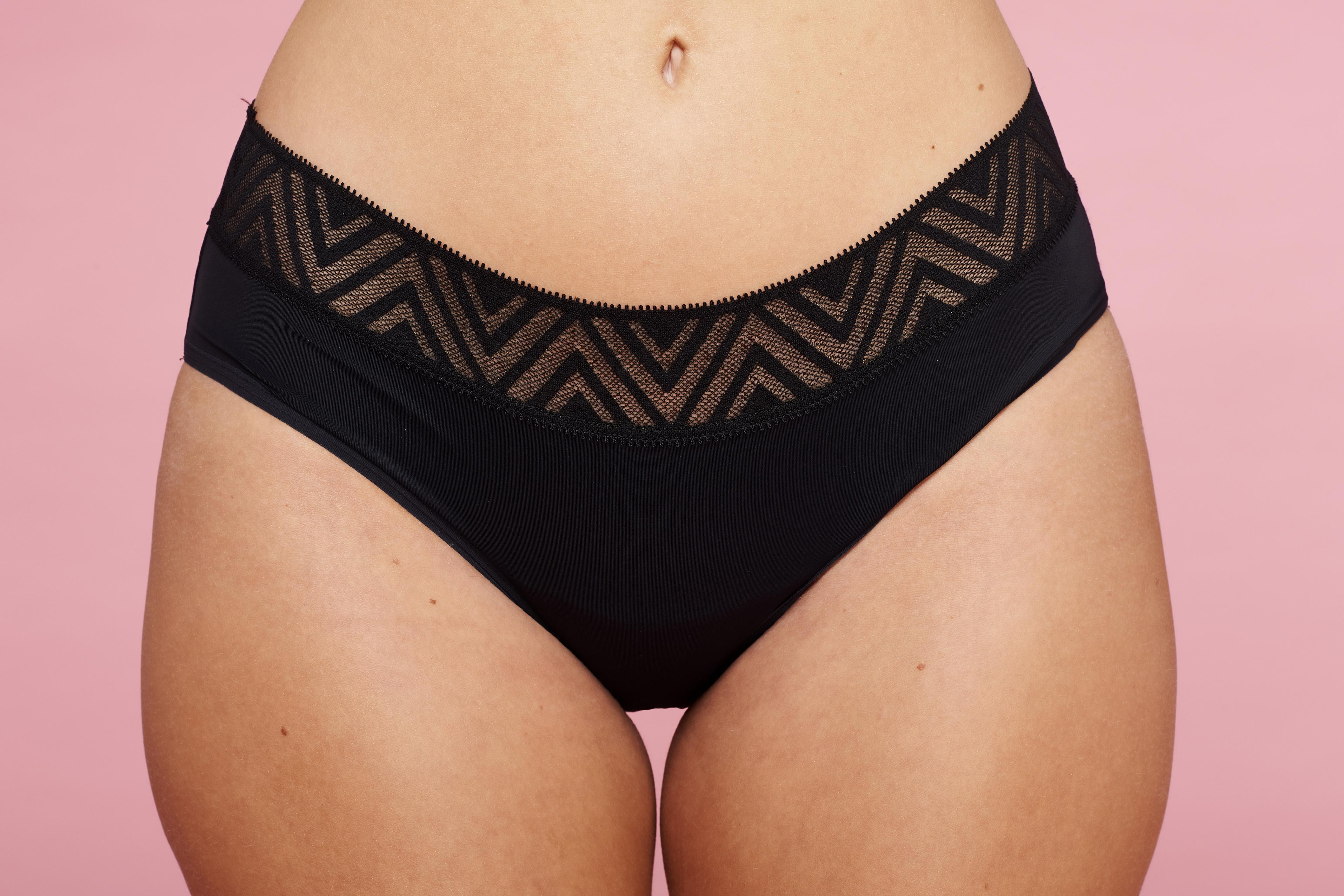 Thinx are committed to helping girls in period poverty, donating their products around the world to those in need.

It’s an issue that affects many young girls globally, so I instantly felt good in a pair of their briefs, knowing that I was contributing to a worthy cause.

The thick lace trim which lined the top of these knickers made them one of the sexier pairs out of the bunch. And I use the term “sexy” lightly because how sexy can a pair of nappy-style granny pants really be? Nevertheless, they looked pretty good.

By the end of the day they felt much heavier

I went about my busy day (wearing dark trousers just in case). They endured a dog walk, a trip to the supermarket, as well as a meal out – and my trousers went entirely unscathed.

One thing I had noticed though was the weight of the pants. By the end of the day they felt much heavier. I don’t know why this shocked me as it seems only logical – but this was something my squeamish mind had neglected to consider.

And rinsing them out wasn’t exactly pleasant. Regardless of the horrible feeling, I rate them highly. They were equally as comfy as the previous pair and I felt well-protected. 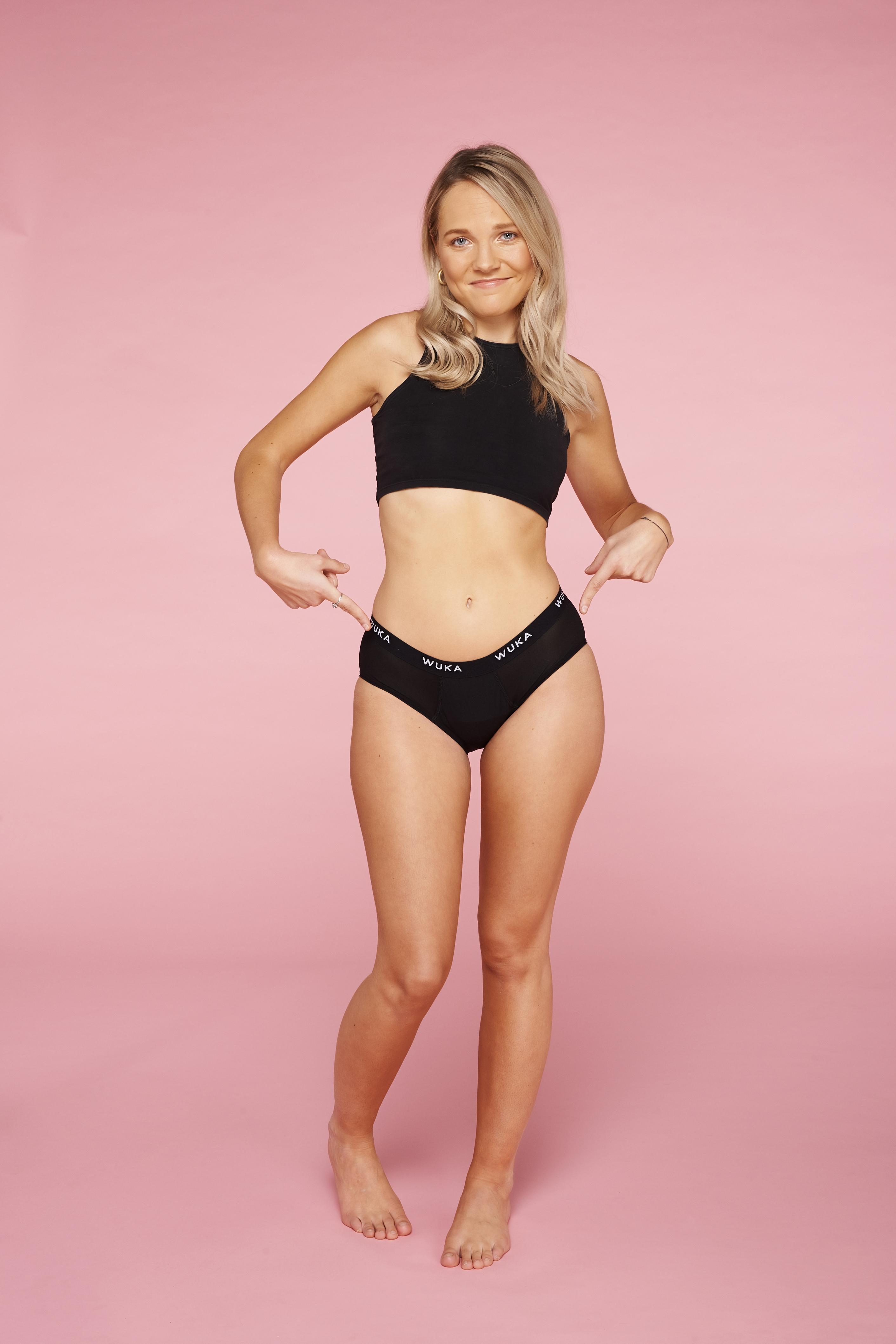 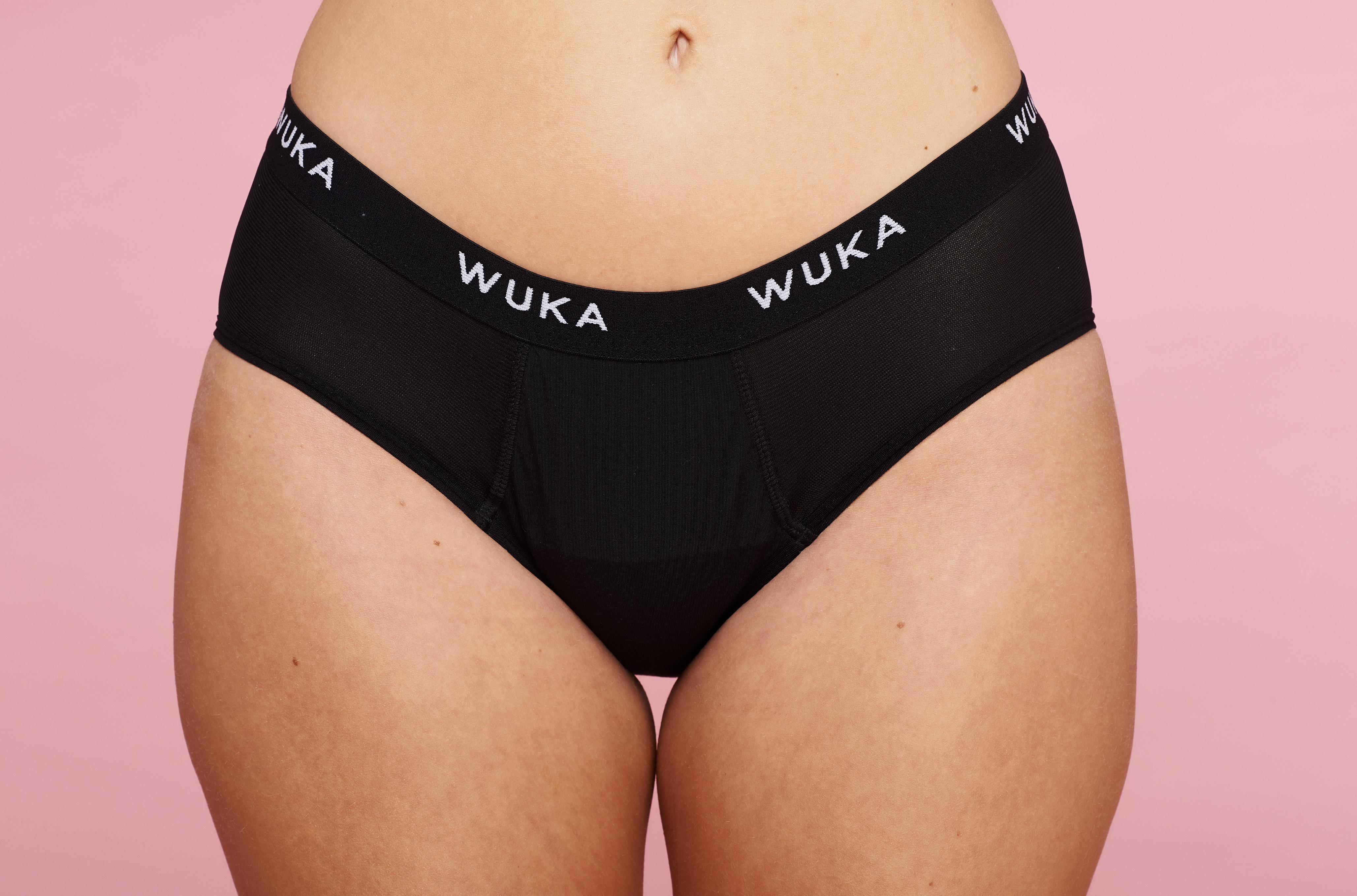 This was the first true test. I’d felt really relaxed over the weekend knowing that if disaster were to strike I could easily pop home to get changed and freshen up.

I woke up with horrific cramps on Monday morning which, for me, meant it would be a heavy day.

It was my first trial in the office and I chose the Wuka briefs purely because of the thick and chunky crotch – I was willing to put up with their very padded appearance if they saved me from any embarrassment at work.

They were more restricting than the other pairs and by 5pm I felt myself chafing where they’d been cutting into my thighs.

I’d spent the entire day extremely conscious of any odours and had convinced myself that I could smell the knickers, but friends reassured me that they couldn’t. I concluded that this was just paranoia.

I also had a major VPL (visible panty line) the entire day so waltzed around the office in a baggy cardigan.

But they worked and, despite the slight discomfort, I felt completely protected. They were definitely the right choice for a heavy day.

Holds half a tampon’s worth 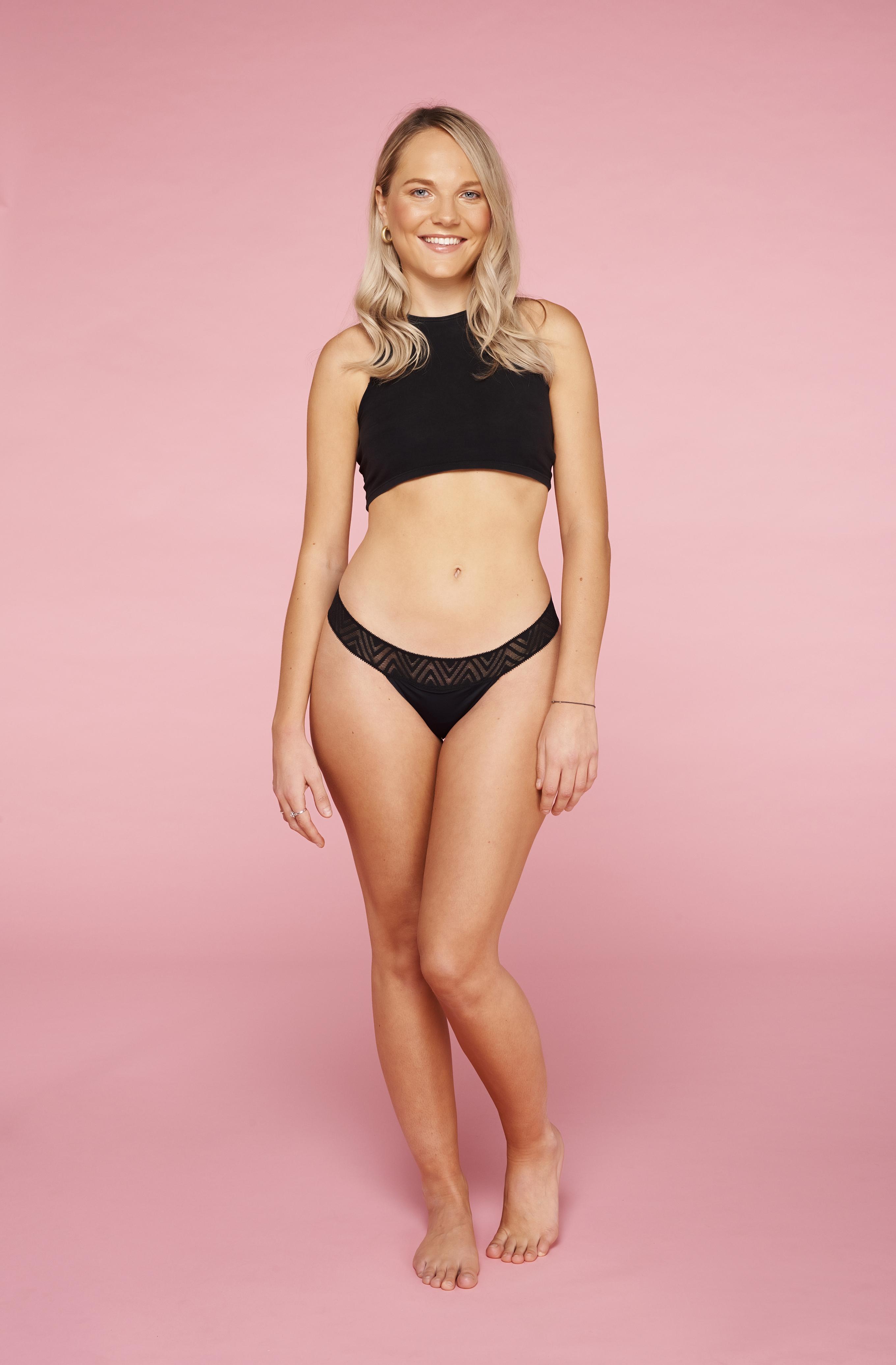 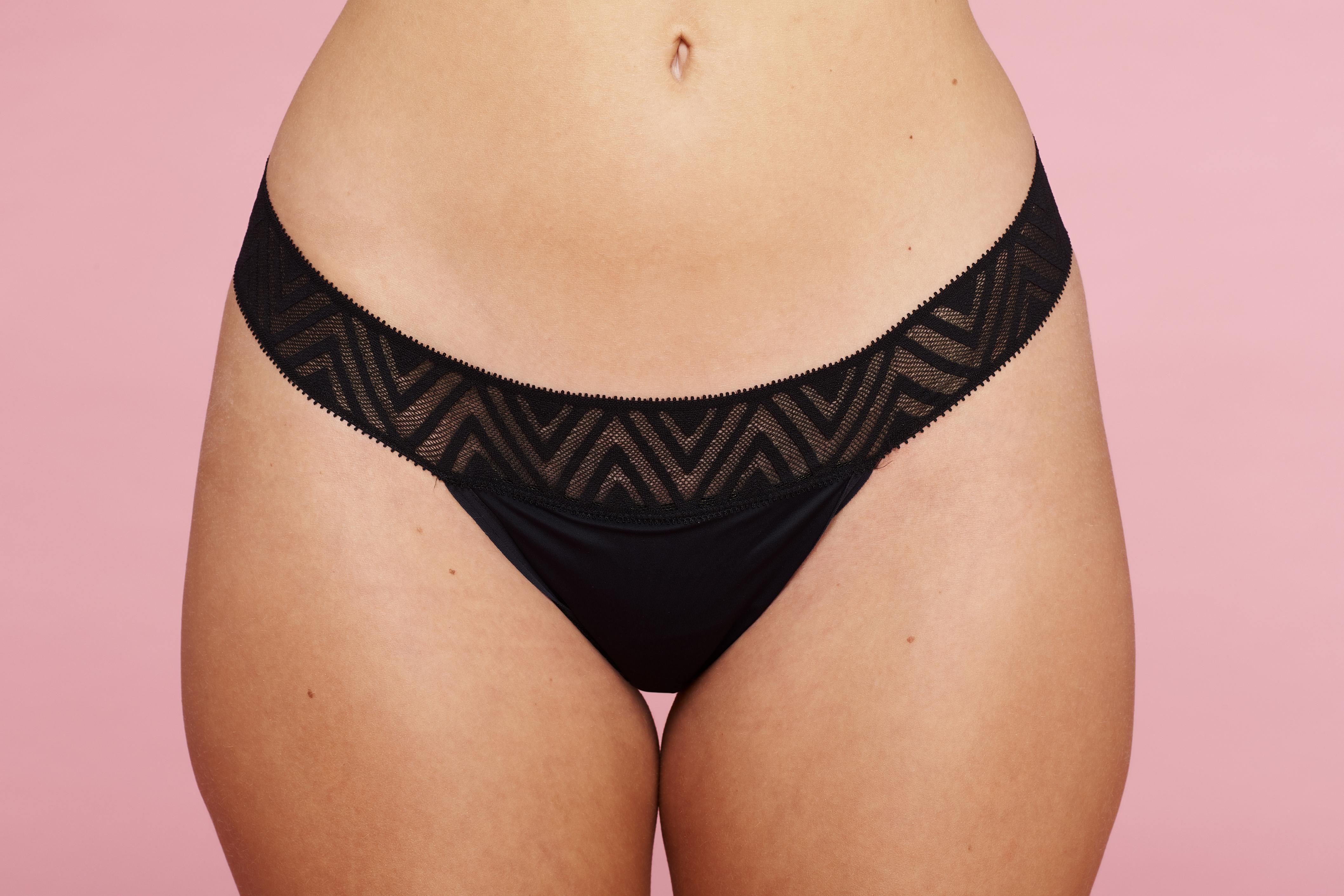 I was on a date that evening, so slipped into something a little less restricting.

I can’t say I’ve ever felt sexy on my period, but tonight I was determined.

My inner feminist had decided that it was time to change the stigma around monthly cycles and that Thinx’s thong was the way to do this.

It was slinky, and thin with a delicate lace trim that caressed my hips. Amazed that Thinx had found a way to make period-proof pants sexy, I strutted out the door. I felt great.

This confidence must have stuck with me throughout the whole evening as I’d lost all sense of concern and paranoia that had lingered over me for the first few days of my experiment. I was relaxed and calm as I sipped on my wine.

The knickers were much thinner than other pairs but lasted two hours at dinner. I’m not sure how they’d cope for an entire day but for a night on the town they were perfect.

Test 6: Nearing the end (or so I thought) 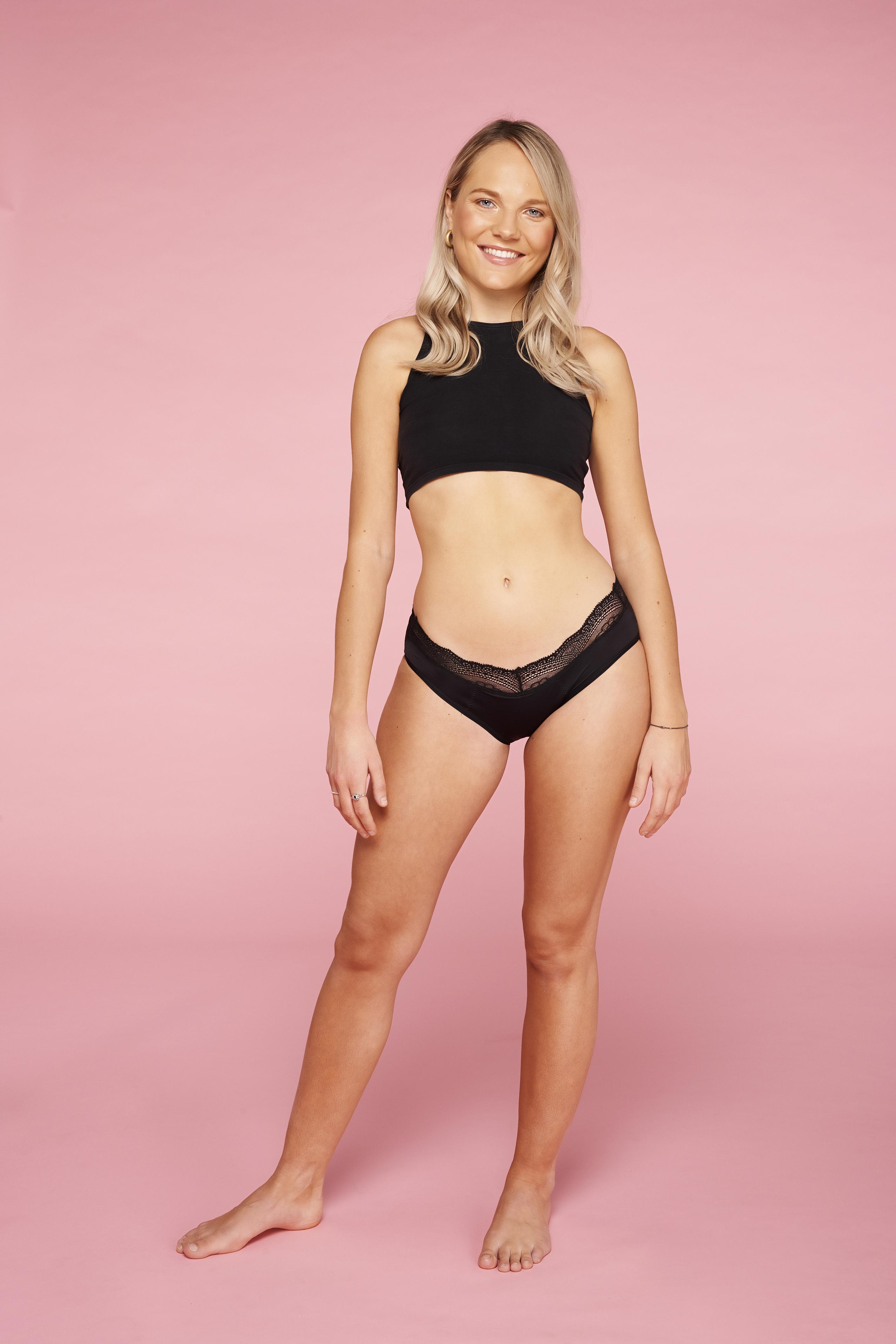 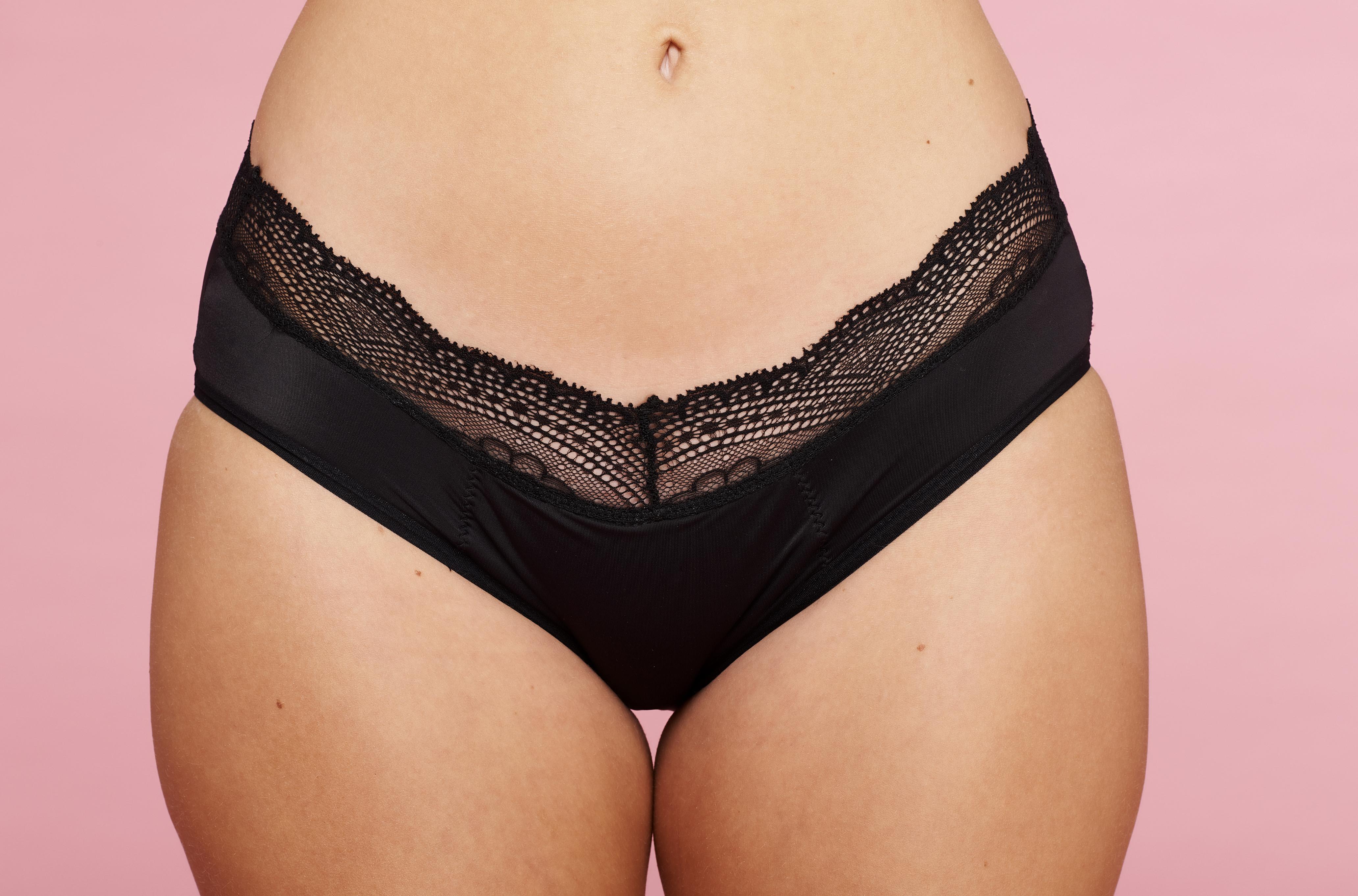 My luck over the past three days had left my feeling invincible. Why hadn’t I made the switch to period-proof pants earlier?

A sucker for lacy underwear, I grabbed the Dear Kate hipsters. I’m usually lighter towards the end and these pretty and minimally-padded knickers looked great.

I wore my favourite pair of beige wide-leg trousers and set off.

The morning was fine, I was comfortable and content. But it didn’t last long.

I noticed a damp feeling around lunch time. I’d begun to get cramps and had no back-up tampon with me.

It turned out to be my heaviest day – my hormones had conned me once again.

Reluctantly I sat in my seat worrying about the fate of my favourite near-white trousers. It wasn’t long until disaster struck. I’d leaked A LOT and had to spend the rest of the afternoon wrapped in my baggy leather jacket, sweating at my desk, pretending I was cold.

By the time I arrived home I felt groggy, dirty and miserable.

My flow has always been unpredictable so I couldn’t blame it on the knickers. They were delicate, felt nice and fitted well, but weren’t equipped for a heavy day. 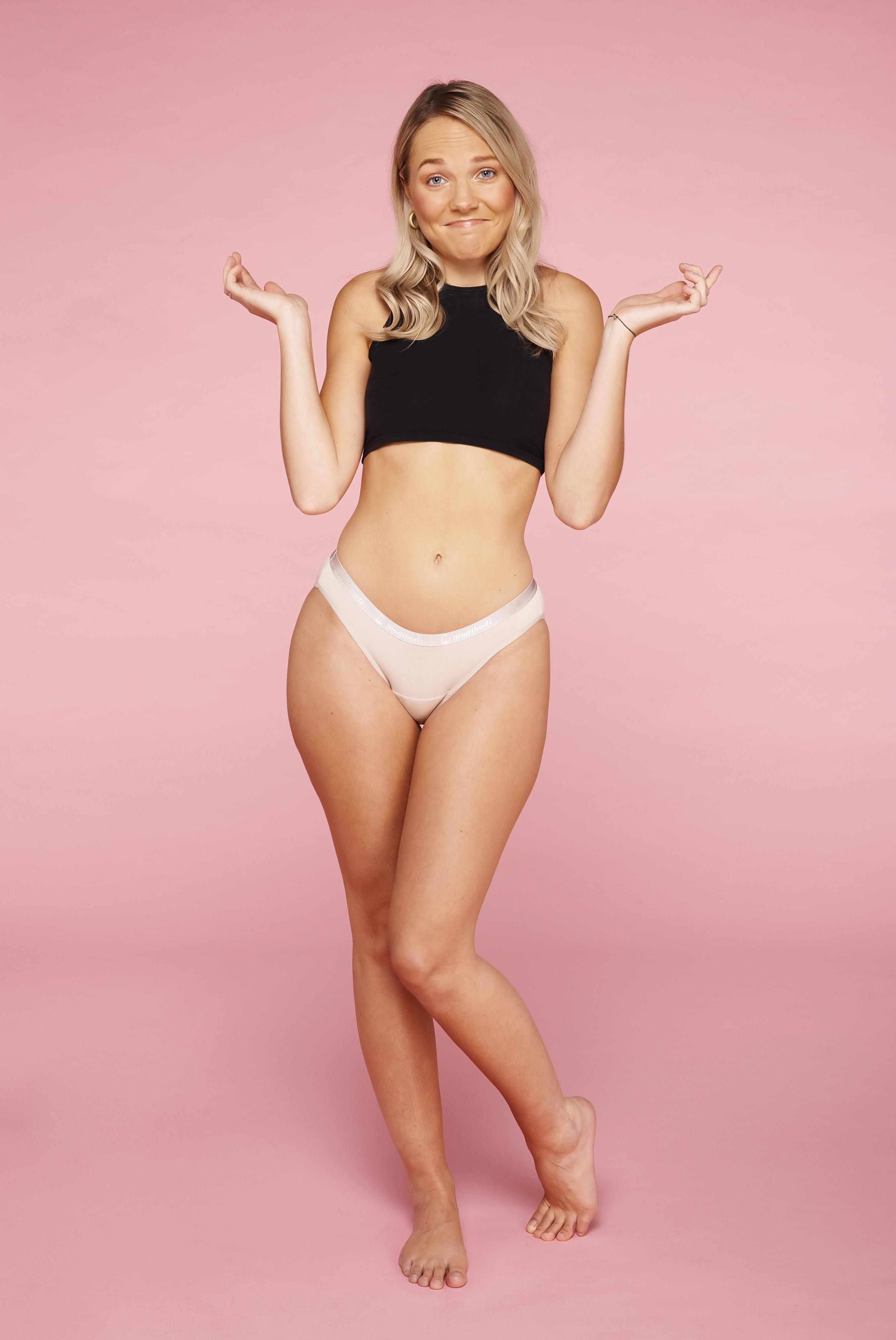 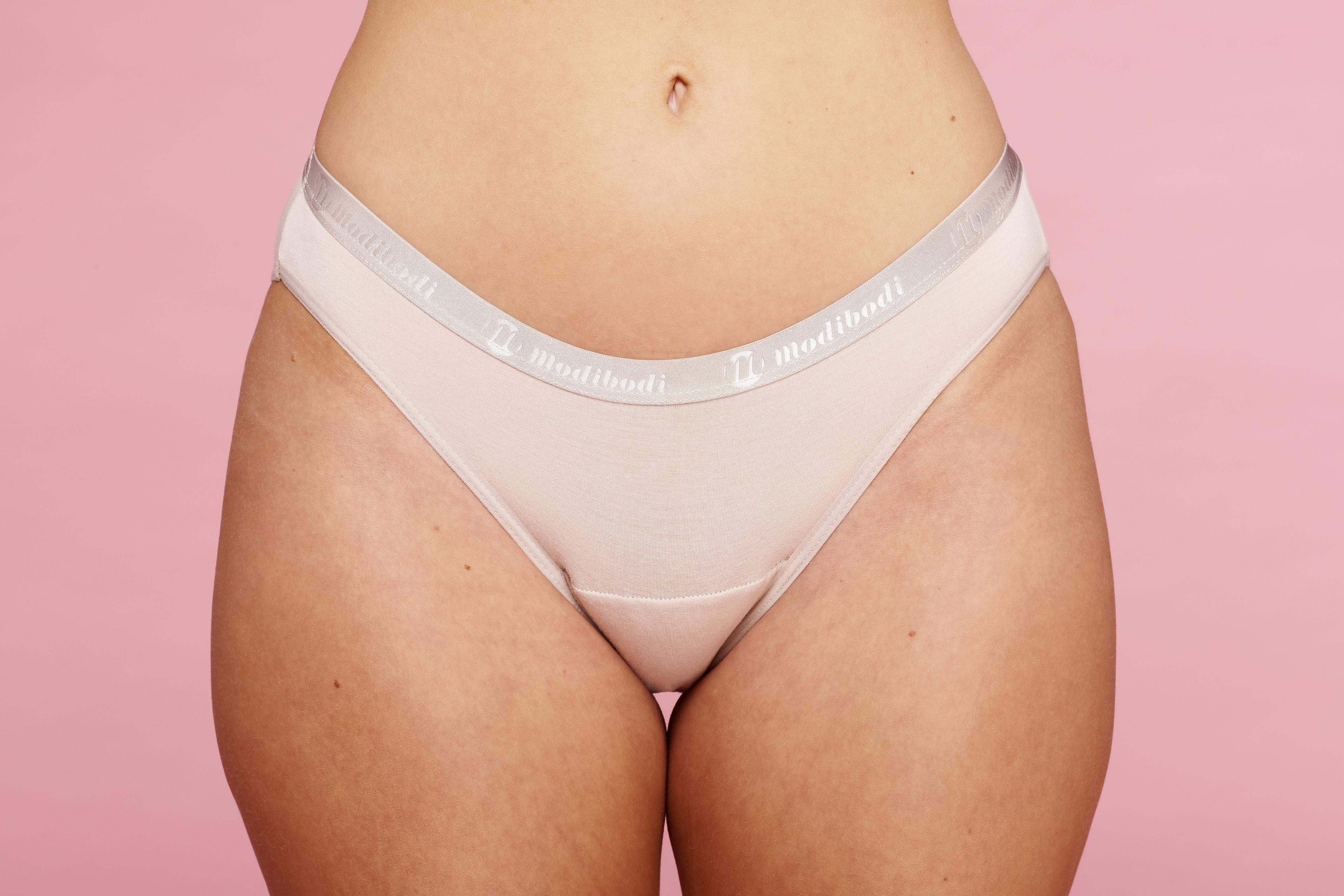 It seems logical that if you’re creating a piece of clothing that you know is going to be exposed to some potentially disastrous stains, you choose a disguising colour, like black.

We all have that horrible pair of overly used but incredibly comfy period pants. The ones where the colour has started to fade and which really need to be chucked but we don’t have the heart to throw them because they’ve served us so well over the years.

My final test took me to nude Modibodi briefs – entirely skin-coloured except for the black gusset and padding.

I wasn’t particularly heavy that day and they were soft and comfortable like the other ModiBodi pants, lasting from morning until night and even through a spin class.

But, as predicted, there were a few marks where the nude fabric was exposed around the crotch area.

I stupidly chucked the nude pair in a dark wash so now they look like the rest of my period pants – old, worn and discoloured.

I can wholeheartedly say that I’m a true convert. I hadn’t held out much hope for the period-proof knickers, but by day two I was completely sold.

Discreet, effective and odour-free, the re-usable pants could save us females loads of money in the long run, enabling us to ditch the monthly pay-out to Boots.

Plus, I feel great knowing that I’ll be cutting back on my contribution to sanitary product waste.

My only advice: know your flow and take a back-up tampon for the first few months, just in case.

It will take some time figuring out which pants are right for you and at which point in your cycle. But give them a try! You won’t regret it.

Ever stumbled across an item of food from many, many years ago and wondered if you should chance it? We got Sophie to. From seven-year-old oysters to baked beans as old as her, she (reluctantly) tried foods well past their sell-by date so you don’t have to.

She also put Vogue's bottle of wine-a-day diet to the test – with stomach-churning results.

Flawless skin, no hangovers and a LOT of loo trips: Here’s what happened when Sophie drank three litres of water a day for a week.

First pics of mum, 56, and daughter, 16, crushed to death by falling tree in flood-hit Cotswolds