Alison Sweeney returns for an all-new ‘Chronicle Mysteries’ movie on Feb. 21. HL spoke EXCLUSIVELY with Alison about the fifth film in the franchise, reuniting with ‘Days’ alum Kristian Alfonso, and more.

The latest Chronicle Mysteries movie, Chronicle Mysteries: Helped to Death, premieres Feb. 21 at 8 p.m. on Hallmark Movies & Mysteries. Alison Sweeney is back as Alex and investigating a brand-new case. The fifth Chronicle Mysteries also features a very familiar face if you’ve watch Days of Our Lives. Kristian Alfonso has a role alongside her long-time co-star. HollywoodLife chatted EXCLUSIVELY with Alison about the Days reunion.

“It is a shoutout and a wink and a nod to all the Days of Our Lives fans out there who watched Chronicle Mysteries because we were thinking of you when we created her character and wanted all the Days fans to feel we’re saluting them and being grateful to them,” Alison told HollywoodLife about Kristian’s role. “Kristian and I hope to work together again soon. But certainly, this was our opportunity to give the fans one more moment between us since we could.” 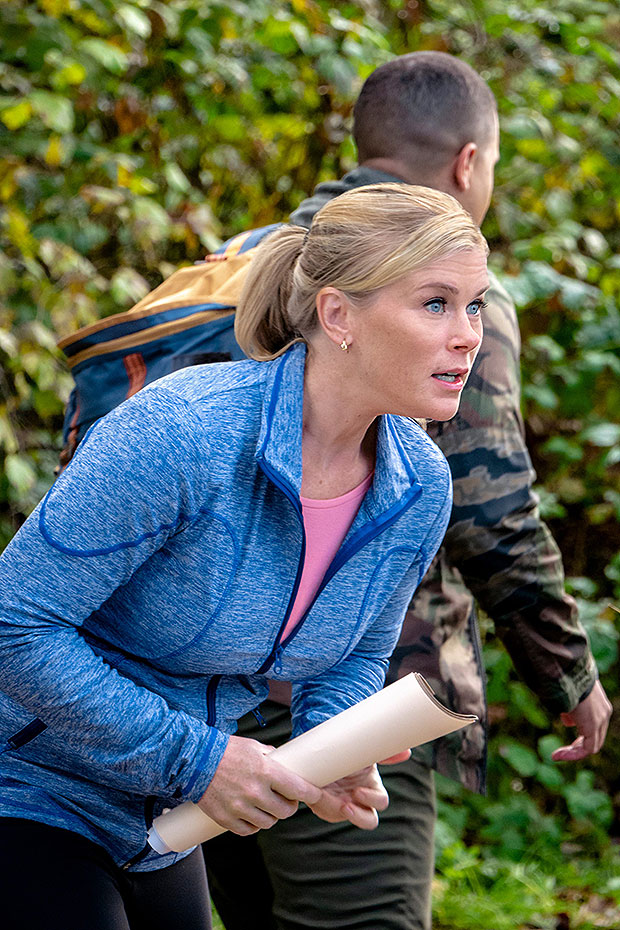 Kristian’s role in Helped to Death happened because of perfect timing. “This last year, of course, was extra complicated for everyone,” Alison explained. “I was so grateful to be able to even film it, to be honest, because of everything going on. I was up there in Canada and had to quarantine. We were getting ready to film the movie, and it turns out Kristian was up there working on another project separately. We were both in Vancouver at the same time. We were Facetiming each other from our quarantine locations and just checking in on each other. I said to her, I would love for you to come. I had to find a small role that she could make time to do. She agreed so it was a dream to have her there with me on set. She’s such a friendly face and someone I’ve been close to and worked with for so many years. We don’t like to count. I have to tell you I had tears in my eyes when I saw her on set. Just having my friend there with everything the world has been through this last year. I can’t tell you how meaningful it was to have her there with me.”

The latest Chronicle Mysteries will also feature Drew (Benjamin Ayres), and Alison teased that Alex and Drew take the “next step” in Helped to Death. “As painful as it is, I do really love driving it out and building a very slow burn with these two,” Alison said. “I love the audience really cheering for them to want more and, hopefully, getting to the place where Alex and Drew see each other that way. But we’re just really taking our time and exploring who they are as friends and co-workers and the chemistry that they have with each other without jumping the gun. We want to take our time. This one takes does take it to the next step. I don’t want to talk to fans to think I’m not. We’re giving them little nibbles every time.” 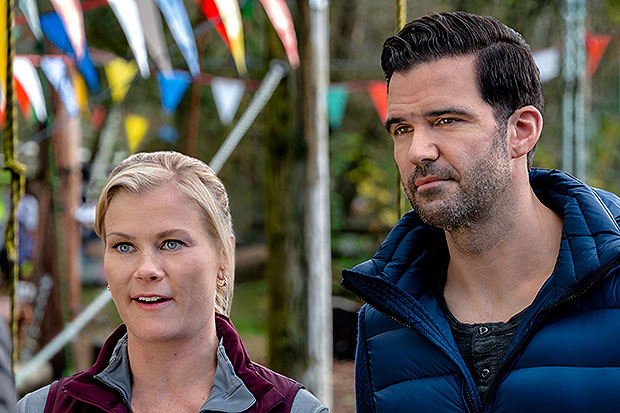 Alison revealed that the inspiration for Helped to Death is “based on my personal obsession with true crime and the podcast and all the documentaries. Last year, I just really found myself fascinated with the self-help empires that are out there and the gurus and where those lines are blurred. That was sort of the jumping-off point for Helped to Death.”

As for whether or not the Chronicle Mysteries franchise will continue, Alison is totally down for more. “We want to keep going for the fans as much as they want,” she said. “We love making them. We have so much fun working on the project, and I get so much great reaction every time from the fans about how they enjoy solving it, how they watch it again and get new clues, or see something a little bit differently the next time. So I love it and hope to keep it up.”