Tom Ford slams current state of the Met Gala: ‘It used to be very chic’

It’s Anna Wintour’s party and we’re just her guests (or, more likely, not).

On Monday night, the Vogue guru will once again welcome the rich and powerful — or, at least, the TikTok-trendy — as she hosts the Met Gala for the 26th time. As always, Wintour, the ultimate influencer, is in charge of the guest list.

This year’s theme, “Gilded Glamour,” will draw inspiration from the Gilded Age, an era when Astors, Vanderbilts and the Rockefellers ruled NYC.

Now, of course, almost no one wields more pop-culture power than the Kardashians. And The Post has learned that, for the very first time, nearly the entire family will be there — including Kim and boyfriend Pete Davidson; Kourtney, who will make her Met debut with fiancé Travis Barker; and Khloé; momager Kris Jenner; and Kendall and Kylie Jenner.

(Likely not in attendance: brother Rob — currently embroiled in his court battle with former girlfriend Blac Chyna and who is rarely seen in public — or Kylie’s baby daddy Travis Scott, who has been keeping a low profile since the March 2022 mass-casualty incident at his AstroWorld concert in Houston. Kanye is not expected to attend this year, The Post is told.)

“Everyone is scheduled to go,” said a Condé Nast insider. 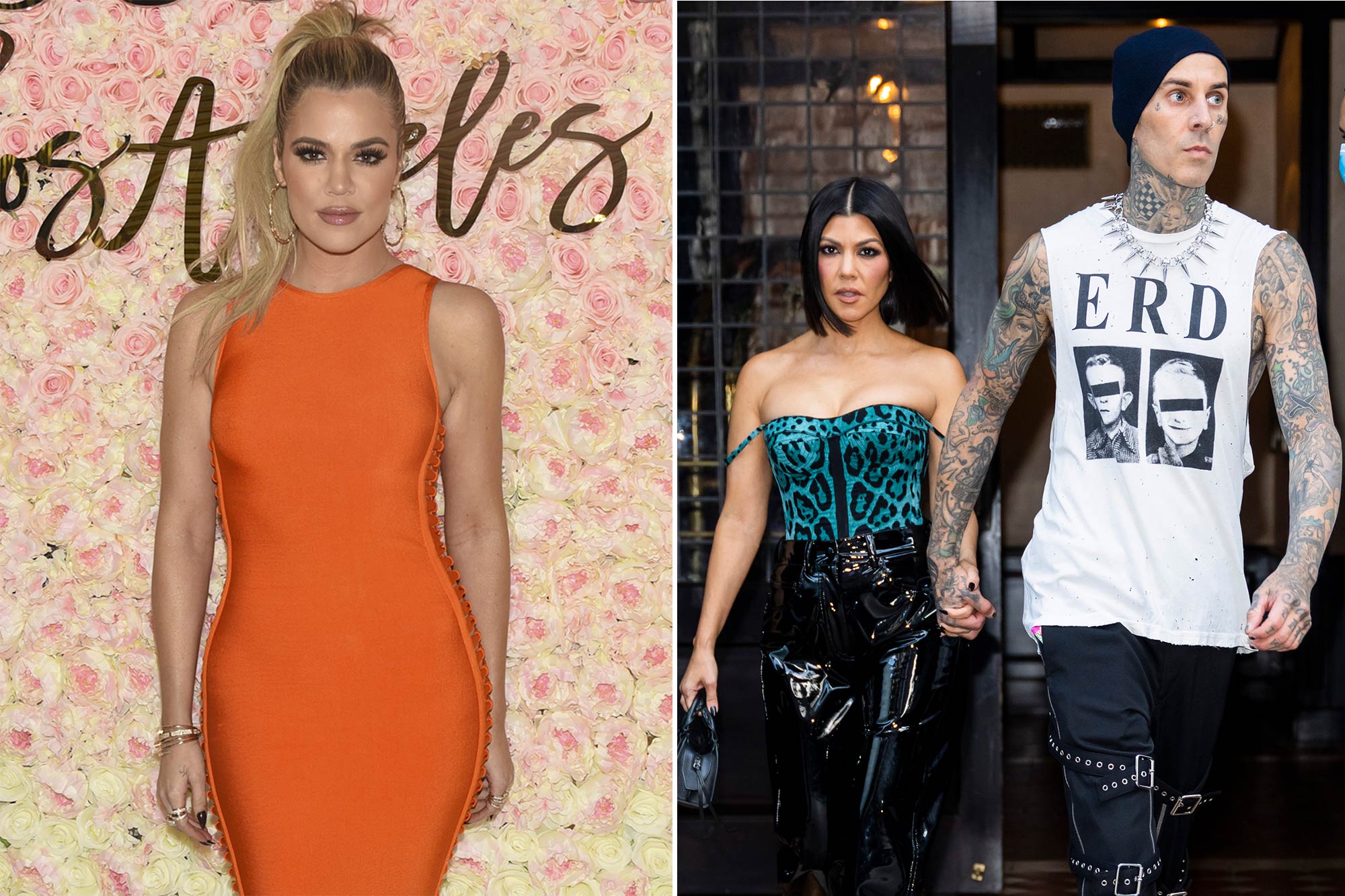 But not so long ago, the Kardashians were persona non grata at the annual bash, rumored to be thought of as tacky reality stars by Wintour. And in fact, this is the first year of attendance for Khloé and Kourtney — who seems to have become recently fashionable thanks to her romance with Barker.

Kim first attended the event while heavily pregnant with daughter North in 2013, Wearing a floral gown by Riccardo Tisci for Givenchy, she accompanied her now ex-husband Kanye West, who was performing at the event. As she reminisced in 2019 on Twitter: “I was Kanye’s plus-one & so nervous!”

She revealed that she wept when she got home because of “insecurity.”

But Kim must have done something to get in Wintour’s good books as she’s been a regular at the Met ever since and graced the cover of Vogue in 2014 and again in February. 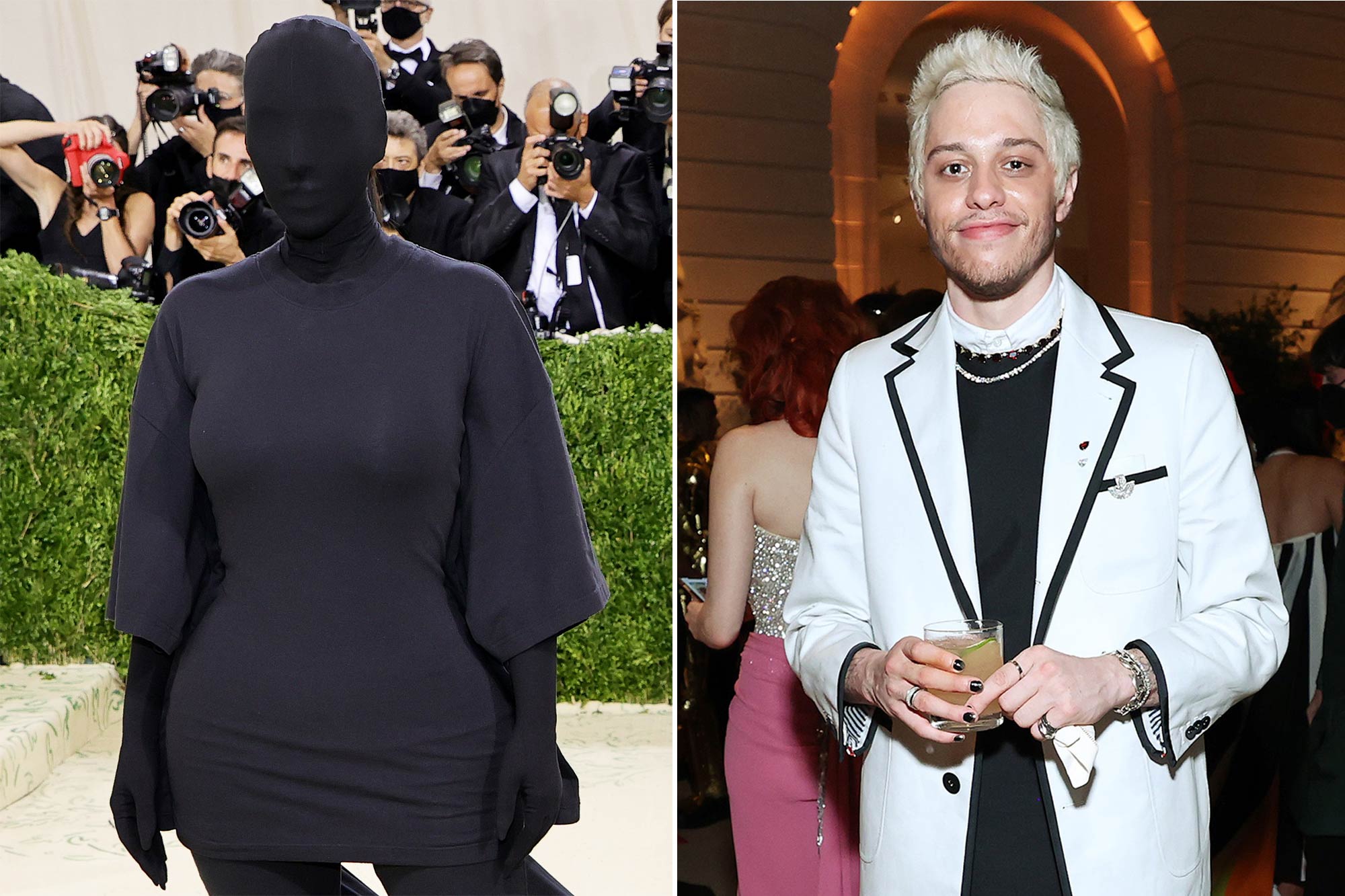 Wintour has said that Kim — who infamously attended the Met last September in head-to-toe Balenciaga including a face-covering balaclava — is the sister who has had the biggest style evolution.

“I personally admire the way that she’s become a little more minimal in the way she’s dressing, and a little more covered,” Wintour told Vogue in March 2019

A source familiar with the running of the event revealed: “It’s Anna’s party, and just because you’re not invited doesn’t mean she doesn’t like you necessarily — you may not be up to her fashion standards. The tickets are also very expensive. You either need to have $35,000 for a ticket or a designer wants to dress you and pay for you.”

The way it works, the source said, is that Wintour, 72, has her own seats to fill, and then everyone who buys a table for between $200-$300,000 — even including good friends like designer Michael Kors — has their guest list vetted by her. 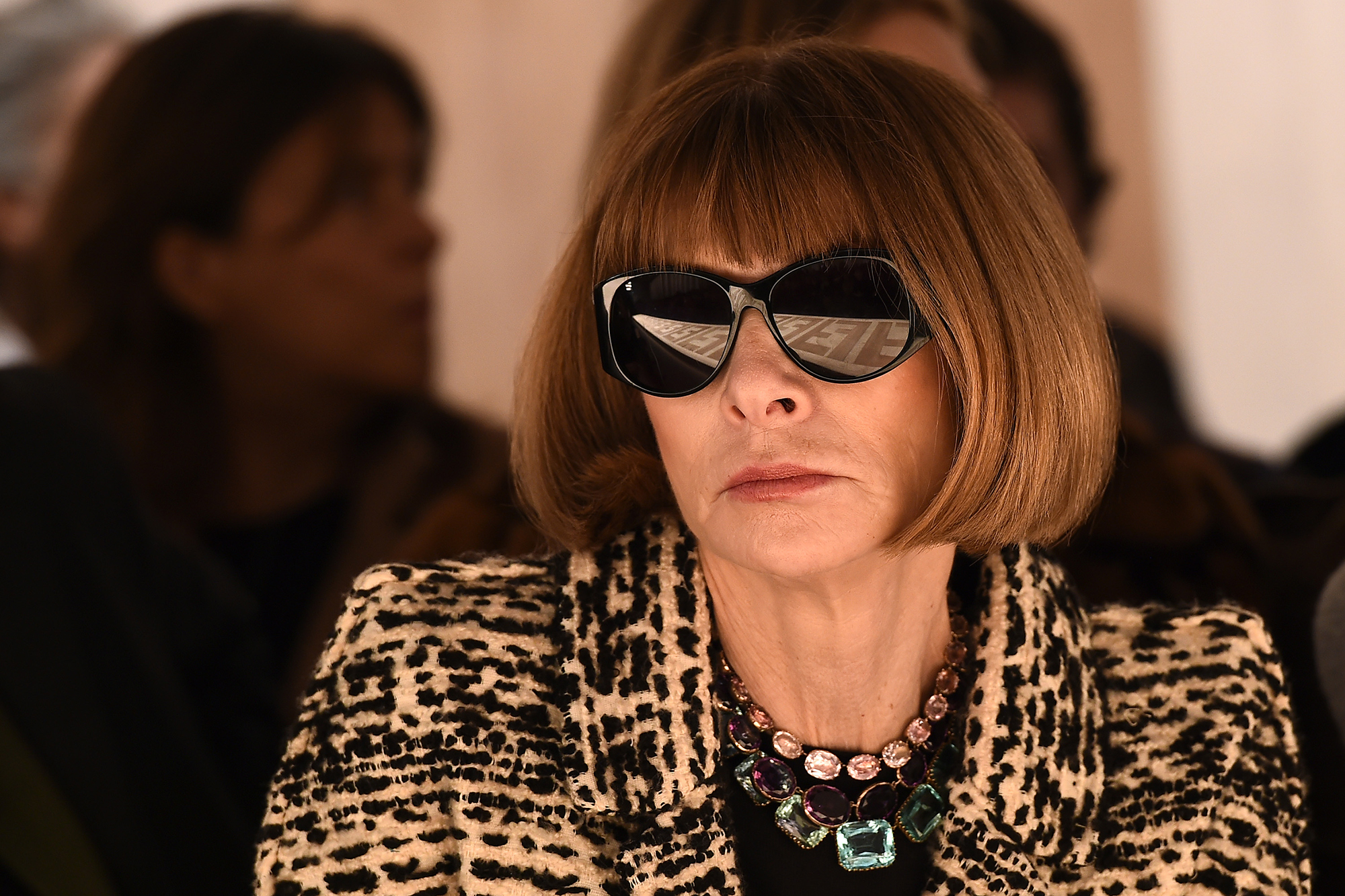 “They can invite who they want, but they run their guests past Anna,” said the source. “And I am sure there are some suggestions. If Anna has had a bad experience with you, or doesn’t feel like you should be in, you’re not invited.”

Stephanie Winston Wolkoff worked at Vogue for 11 years and was Wintour’s lead on the Met Gala nine times. The 51-year-old, who went on to become senior advisor to former First Lady Melania Trump, gave Page Six a fascinating glimpse into how Wintour — whom she dubbed “militant” — picks the guests.

“Anna’s meticulous in her detail. Every detail is thought out and orchestrated. She has a vision, she knows how to execute her vision — and the guests just fall into that. Within that vision there is a brilliancy of truly knowing how to bring the right people together,” Winston Wolkoff told Page Six. “It’s not just about showing up on the red carpet and getting your picture taken. It’s about what happens in that room — it’s magical. 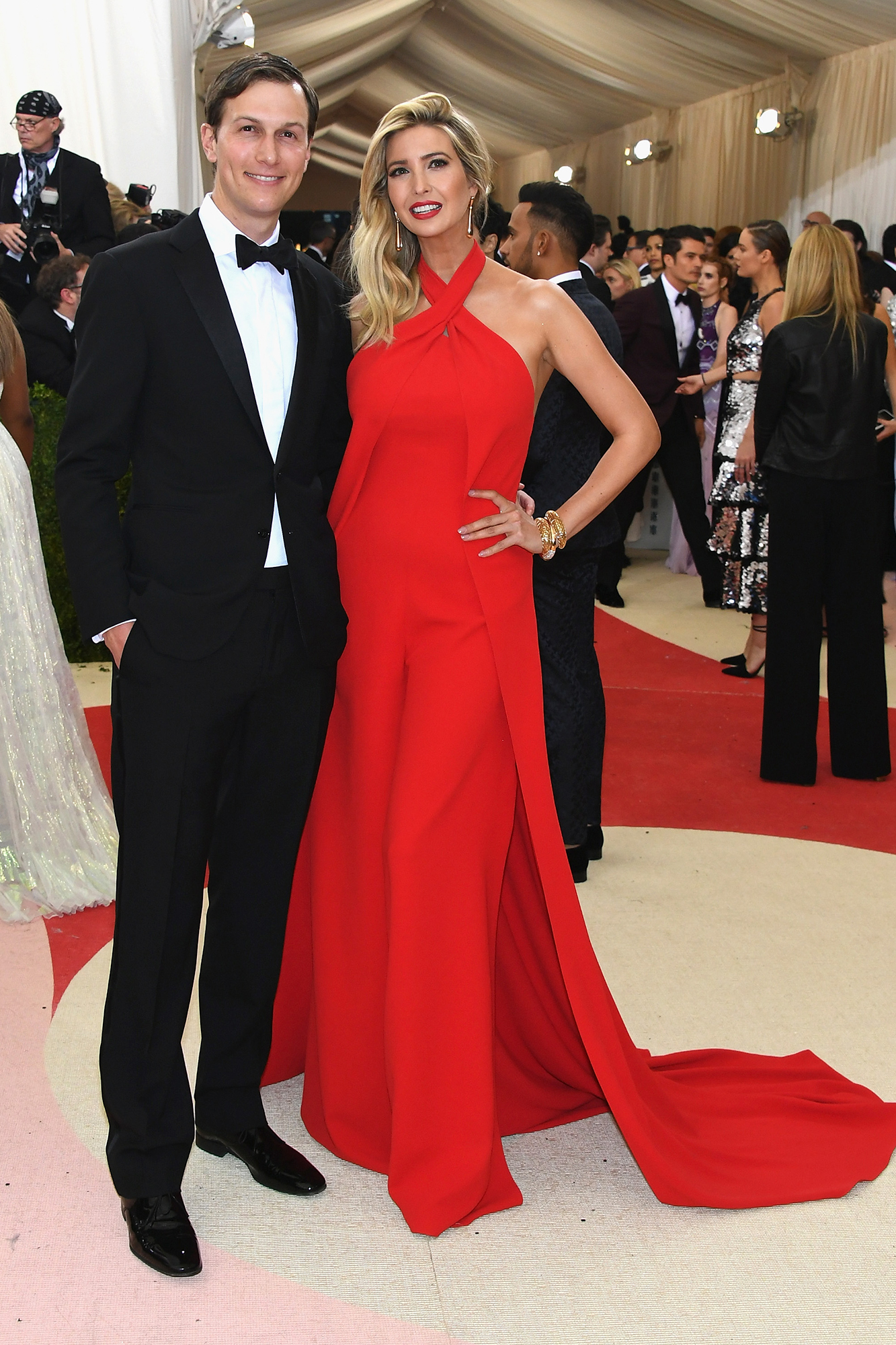 “That guest list is so tailored. You can have a million people willing to spend any amount of money on a ticket, but there has to be a reason for you being there, and Anna has such an unbelievably strategic way of getting the right people in the right room at the same time … it’s like a chess game and she knows how to play it,” Winston Wolkoff added. “She knows everyone in the room, it’s like a movie, she’s gone over every single name.”

Wintour — Condé Nast’s global chief content officer as well as the global editorial director of Vogue — has been hosting the Met Gala since 1995.

In the new book “Anna: The Biography,” Winston Wolkoff tells author Amy Odell that Wintour is “militant” in her planning of the ball.

“Every guest has a prearranged arrival time, and Wintour’s people know what cars they’ll arrive in, if they’ve left the house, what they’ll be wearing, and if they’ve broken a zipper along the way that needs to be fixed,” Odell writes.

The book also says:  “A night of excess and exhibition, the Met Gala is where Wintour flaunts her dominance over an industry that’s predicated on the understanding that there is an ‘in’ and an “out.” In Wintour’s world, people occupy those distinct buckets. Some are always ‘out’ — low-performing assistants, the Met’s event planners who tell her she can’t hang a dropped ceiling over a priceless statue, the Hilton sisters. (Nicky Hilton attended in 2001, but sister Paris has never been) Some, whose success, power, creativity, and beauty are undeniable, are therefore always ‘in’ (Tom Ford, Serena Williams, Roger Federer, Michelle Obama). Some begin as ‘in’ and get moved to ‘out’ (the late André Leon Talley). Others begin as ‘out’ and become ‘in’ (Kardashian).” 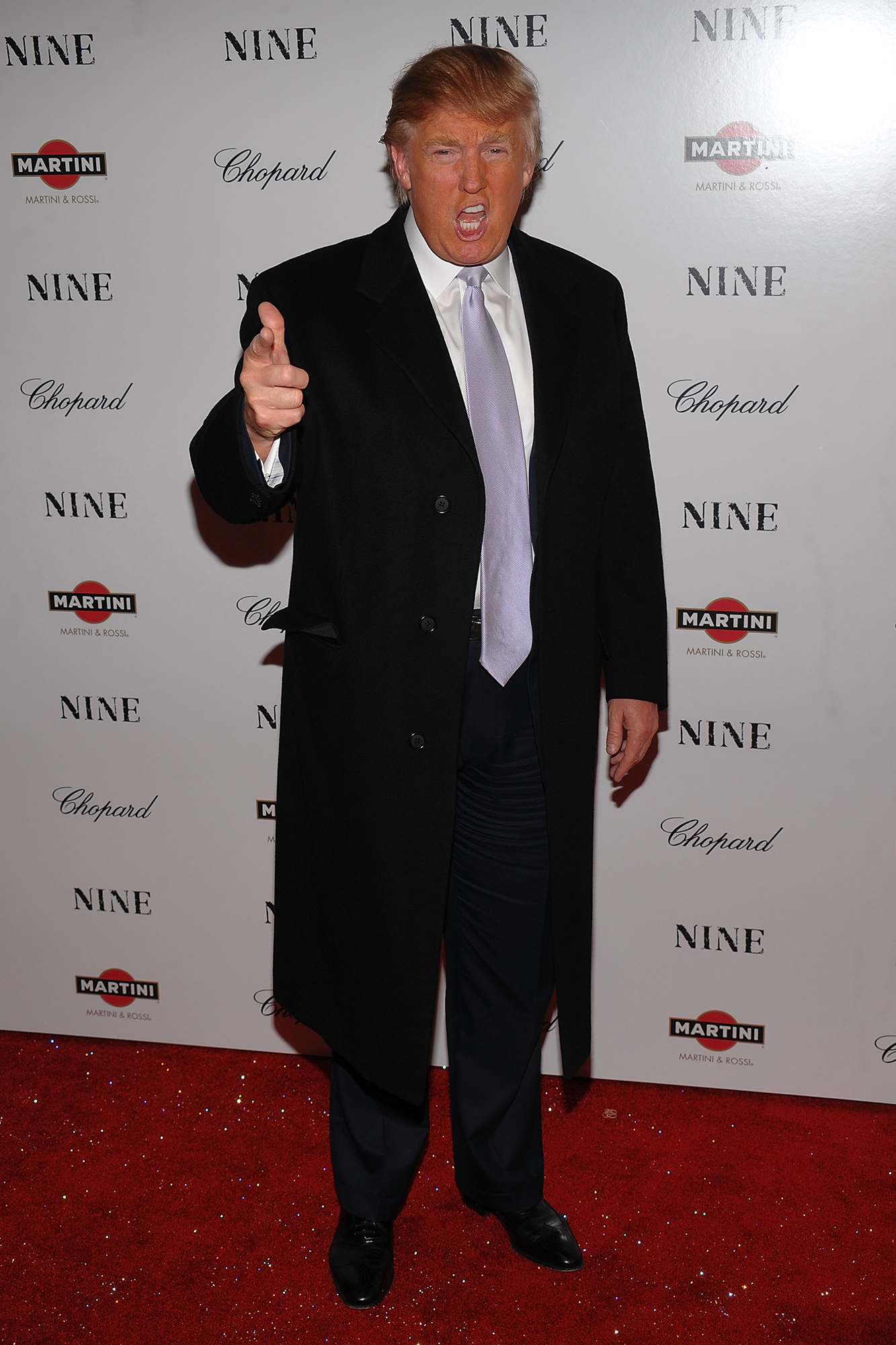 As Talley — the former creative director of Vogue who infamously lashed out at Wintour for dropping him — said before his death in January: “As much as she loves a person who has talent, if she does not love you, then you’re in trouble.”

Still, Wintour broke down in tears at Talley’s star-studded memorial in Harlem on Friday, according to onlookers, as she told how he came to her side after her mother’s death.

Meanwhile, Lisa Love, a personal friend and former longtime West Coast director of Vogue, told Odell: “If you get frozen by her, that’s it. She’s a Scorpio, you’re done. It’s that cold.”

The only person whom Wintour has famously said she will never invite to the Met publicly is former President Donald Trump. 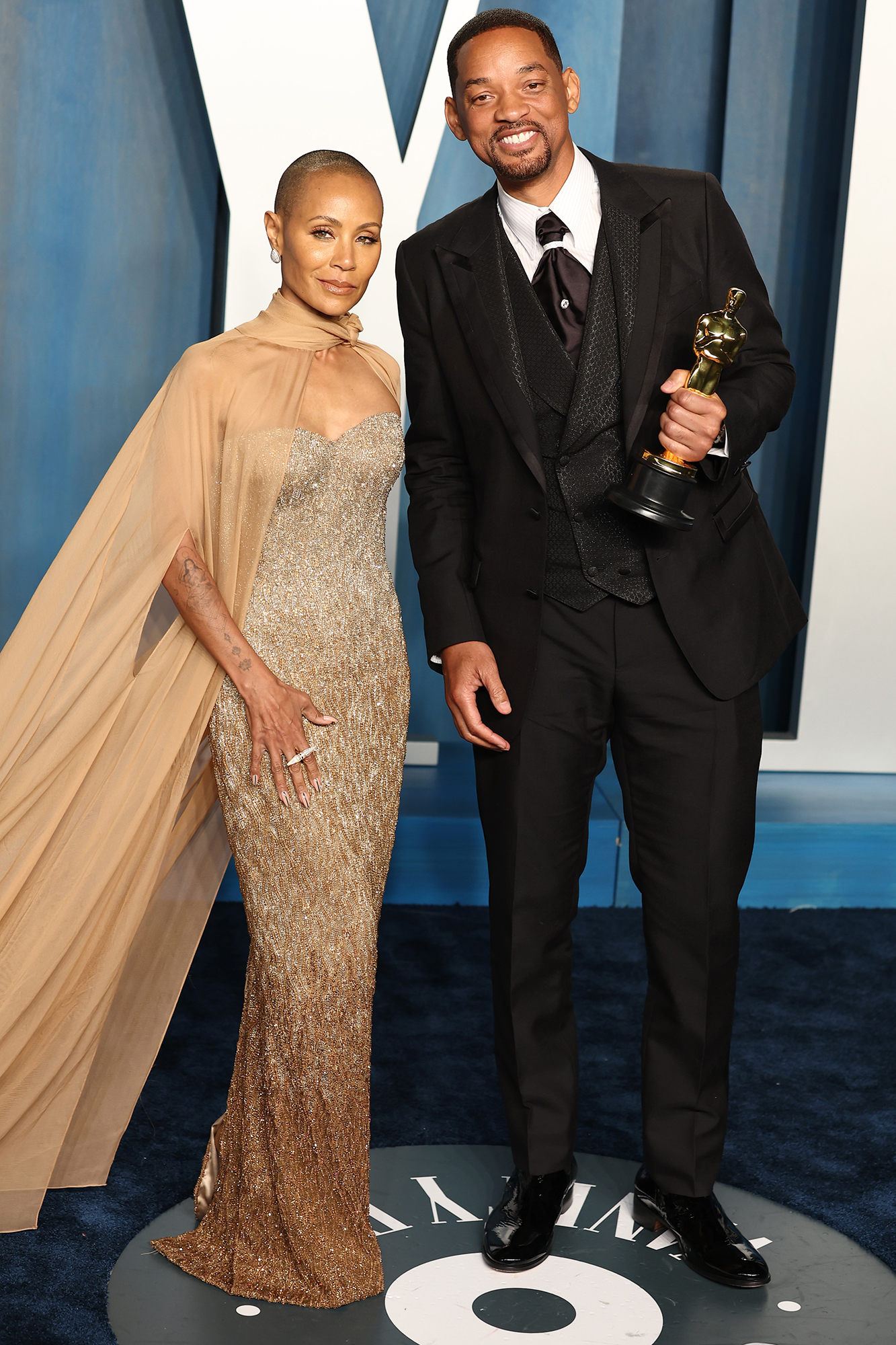 In October 2017, During a segment on “The Late Late Show with James Corden,” she was given the choice to eat pickled pigs’ feet or reveal the one person she would cut from the guest list.

Trump had been a regular at the annual fundraiser from the 1980s up until 2012, when he last attended with wife Melania.

“Anna had a relationship with Kanye before Kim, just like she knew Donald before she met Melania,” said a New York society source. “It’s interesting, now she’s close with the Kardashians. She’s not snobby.” 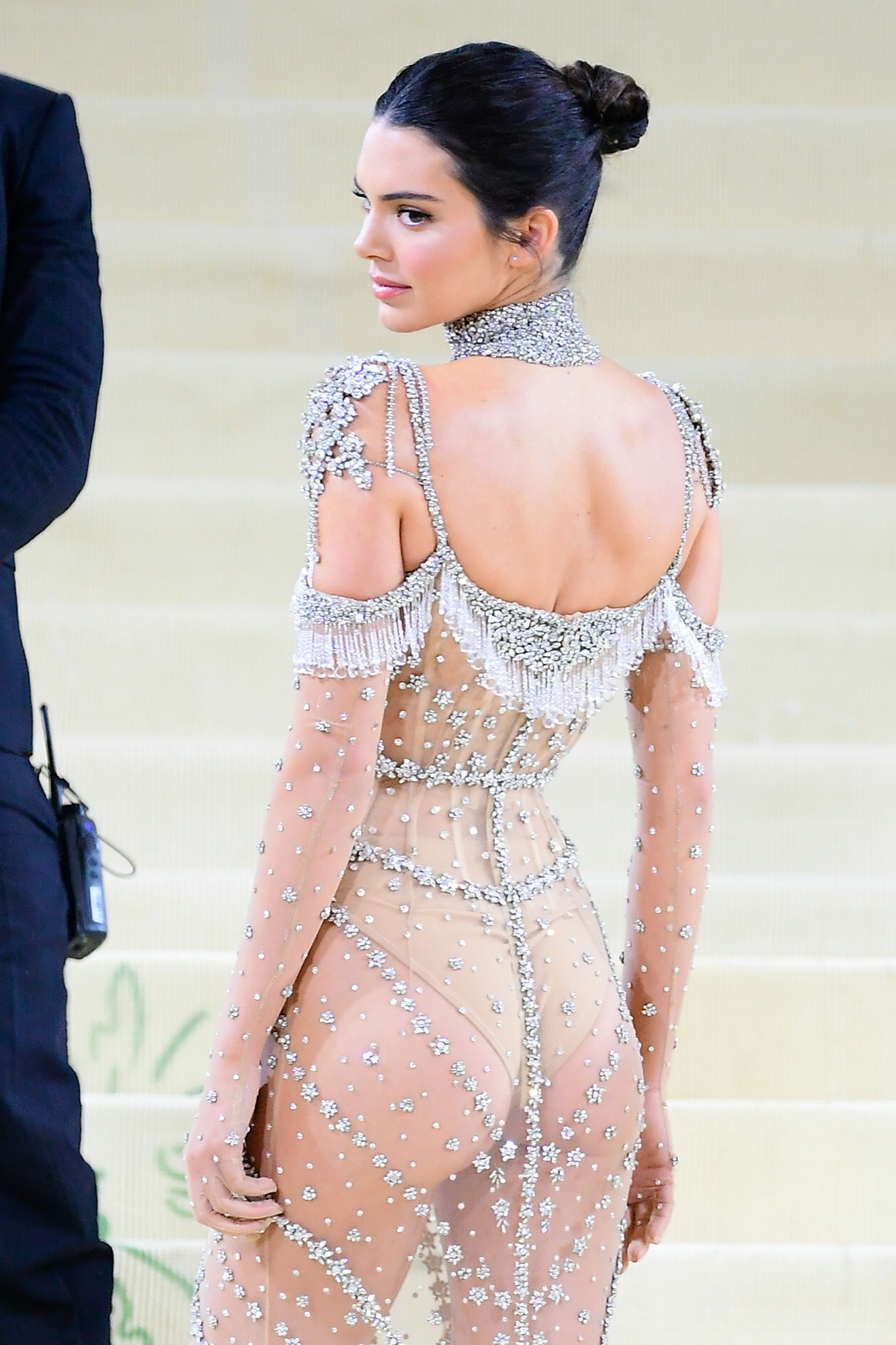 Trump’s daughter Ivanka and her husband Jared Kushner, now living in Miami, had also been frequent attendees — although their absence at the event caused a stir last September.

“It’s unclear if Ivanka and Jared, who were once staples at the Met, will stand by her father or return in the future,” one highly-placed political operative told The Post.

Said the society source: “They will never be welcomed back.”

Another well-sourced political insider added: “I wouldn’t underestimate Ivanka’s ability to get back to the Met again once it’s clear that Donald is not running again. It’s the specter of him running in 2024 that has people afraid. They’re not going near Ivanka and Jared until they’re confident that Donald is not going to run.” 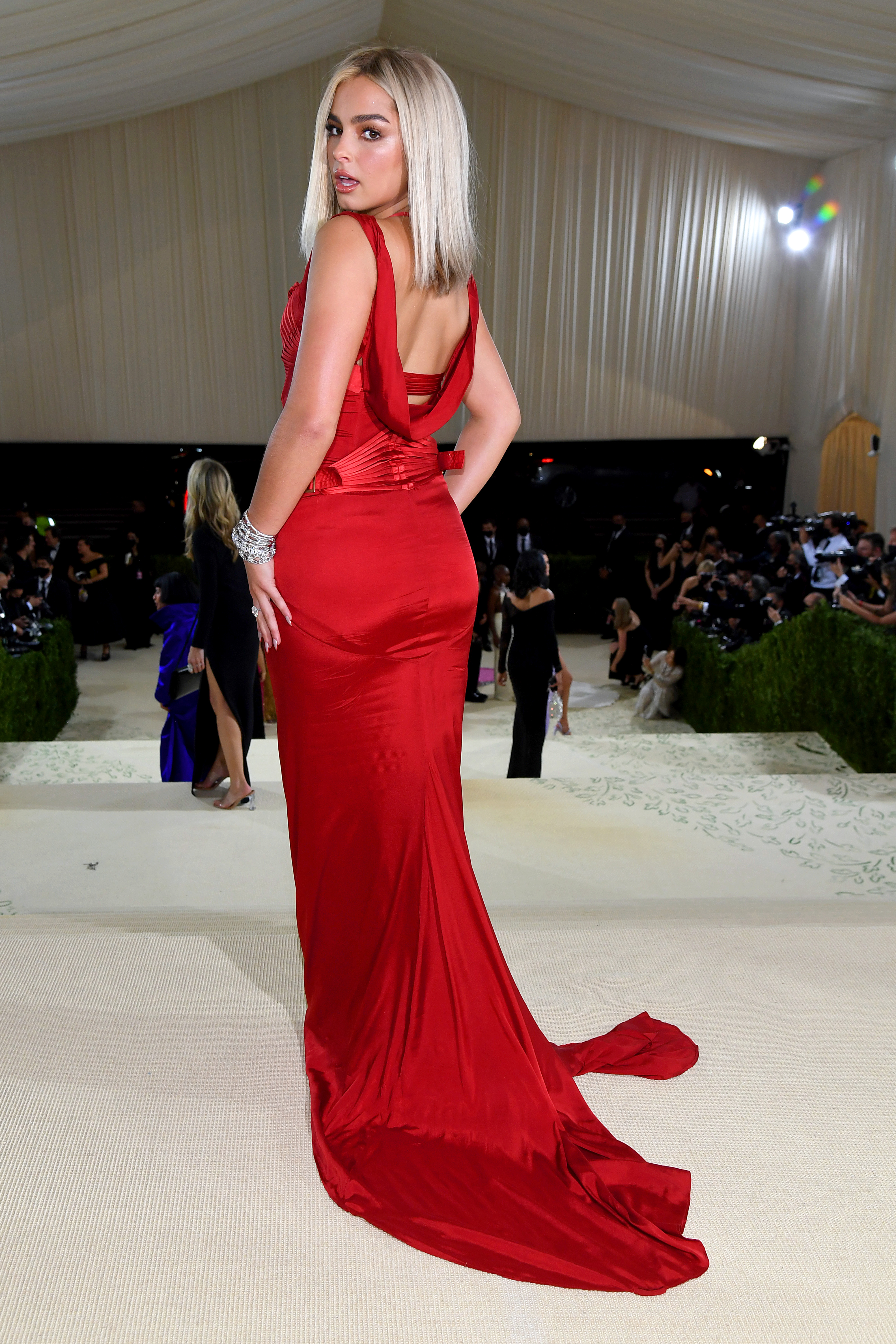 This year’s co- hosts are Regina King, Blake Lively, Ryan Reynolds and Lin-Manuel Miranda. While 20201’s event — held in September because after COVID precautions moved its usual “first Monday in May” date — skewed towards a younger crowd, including social media stars Addison Rae, Dixie D’Amelio, Emma Chamberlain and Madison Beer, this year is a return to the “old guard,” with bigger Hollywood stars, said the source familiar with the event.

Which doesn’t mean you won’t see influencers. “Anna has leaned into the Tik Tokkers … Years ago she would not have invited the Kardashians, but now, they’re a mainstay,” said the source familiar with the event:. “I think Anna is just … following in the footsteps of the world. She has been for a while. She’s always championed athletes like Serena Williams, and Gabrielle Union and Dwyane Wade are always at the Met. And she has her regulars, like Cindy Crawford, Rande Gerber, their daughter Kaia Gerber — who’ll be coming this year with her boyfriend Austin Butler.” 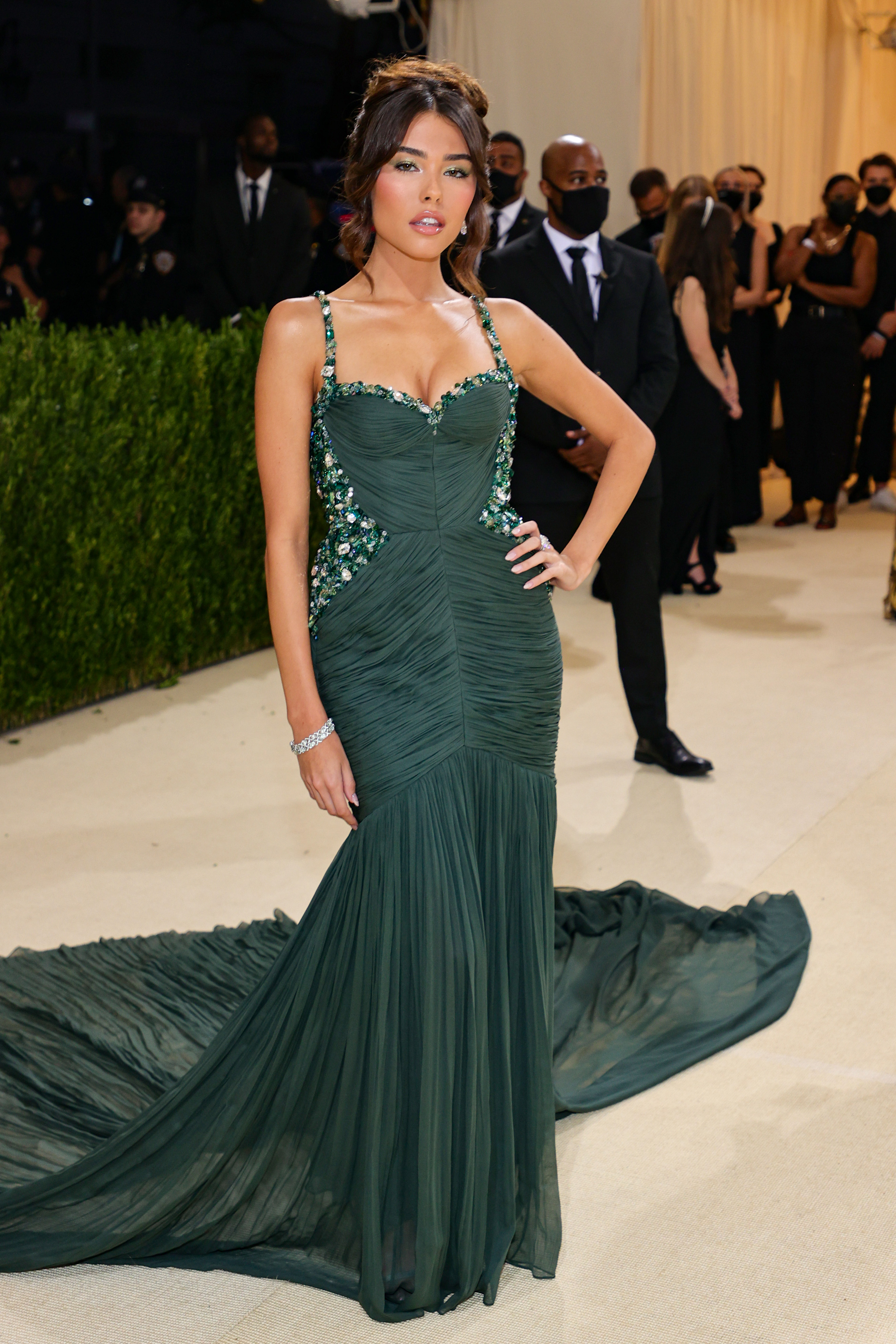 Winston Wolkoff said that anyone offering a significant donation to the Costume Institute would be favored over highly others who just want to attend the party.

“[Wintour] also takes into consideration what films are coming out, what is coming [to Broadway]. If it’s between a show that’s winning an Emmy or someone that she really likes who’s maybe been out of the industry for a few years, she will place attention on the individuals in the middle of promoting to help promote them, Winston Wolkoff explained. “It’s very delicate.”

Interestingly, Will and Jada Smith have never been to the Met, although their kids, Jaden and Willow, have. 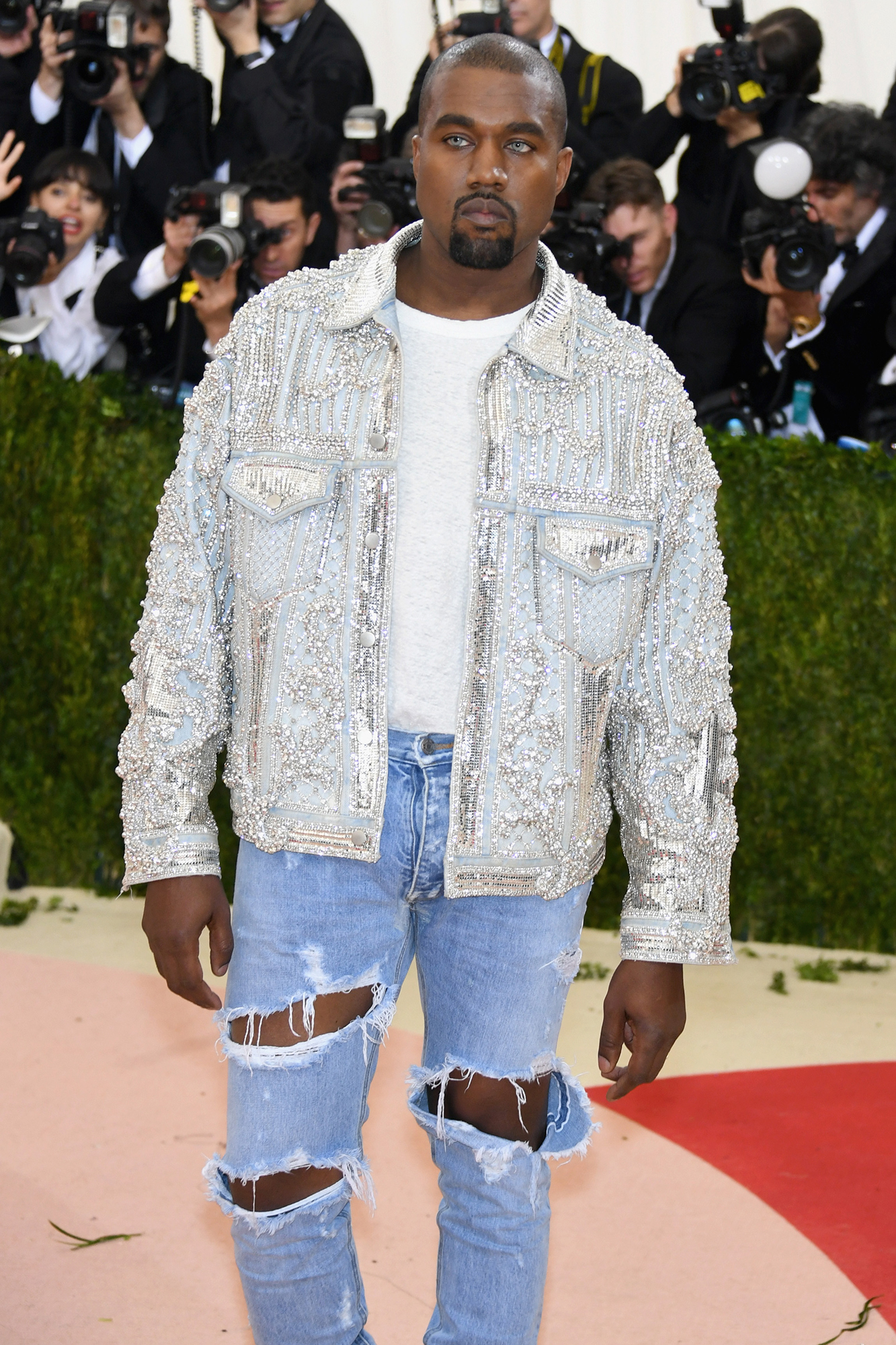 Asked about Wintour’s criteria for guests to the event at the Metropolitan Museum of Art, one Met source said: “We want guests who are respectful of the rules and the museum. They shouldn’t be on their phones, they shouldn’t be smoking, they follow museum policy. We want guests who are there to be present and have a great time, to understand that this evening is for supporting the museum.

“For Anna, number one, this is a fundraiser for the Met and important to the city of New York and she wants people to understand that. We are trying to make it a little elevated this year. Last September, we had people who had never been, it was all about America, about youth. This second part of the exhibition is more heavy, more intellectual.”

Said Winston Wolkoff: “Anna’s mind is always a million miles ahead of anyone else. That stare is not just a stare — it’s her looking way ahead and thinking about what’s coming next.”

Monaco's Princess Charlene Has Been Admitted to a Treatment Facility

Russia's war with Ukraine is 'just days away'

Celebs Are Making a Statement in Bold Gold Gowns