When it comes to surprises on the Antiques Roadshow, any shock value is usually associated with the unexpected price of someone’s heirloom.

However, the final minutes of last night’s episode of the Sunday night staple saw presenter Fiona Bruce – famous for her Crimewatch catchphrase ‘don’t have nightmares’ – spring a grisly surprise on viewers: in the shape of a stuffed hunting dog’s head.

In the grounds of Leicester’s Museum of Technology, where the episode was being filmed, the presenter is seen stood in front of an old suitcase before lifting out the decapitated head. 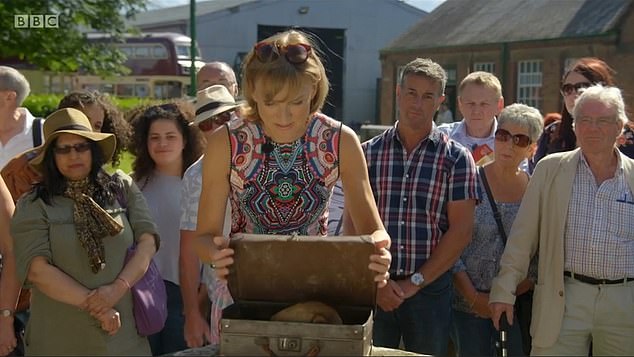 The final moments of last night’s episode of Antiques Roadshow saw Fiona Bruce, at the Museum of Leicester, open an old suitcase with a dead dog’s stuffed head in it 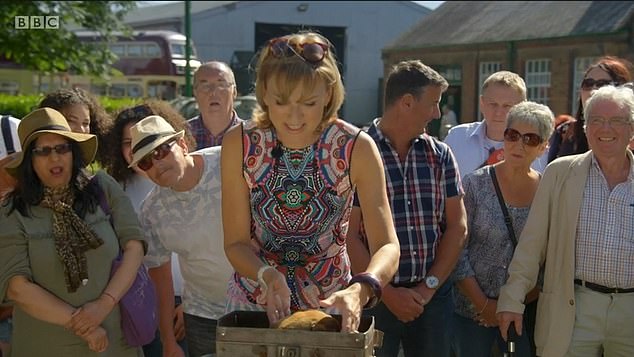 Don’t have nightmares! The presenter looked visibly uncomfortable as she lifted the decapitated head from the box, with bystanders clearly also shocked by the sight of the deceased cannine’s head 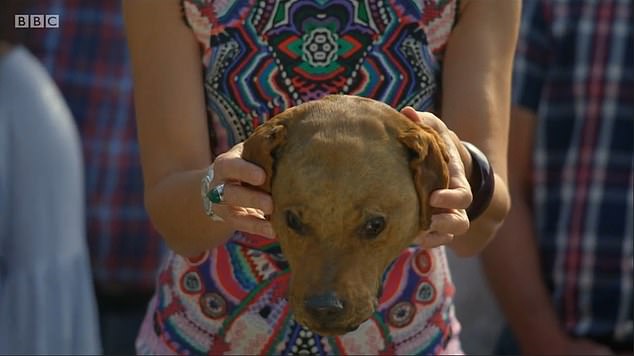 Bruce looked visibly shocked herself and as the bystanders around her realised what she was holding, there were audible gasps, with one person shouting ‘That’s not nice!’.

The sentiment was quickly shared by viewers watching at home, many of whom arrived late to watch the subsequent BBC political thriller Bodyguard, and had no context as to why Fiona Bruce was holding a dead dog’s head.

Describing the head as the ‘oddest’ artefact on the popular show, Bruce introduced it by saying: ‘The prize for the oddest item of the day, I’m told in this suitcase. I’ve not seen it before, I’m going to see it with you. Are you ready?’

The grinning news presenter then revealed that the canine’s head had been stuffed in celebration, after the dog caught a criminal – the last man to be hung in Leicestershire.

‘I’m not going to get any sleep tonight,’ wailed @montysdognigel.

Pet lover @mycharlibrown added: ‘I nearly choked on my gin!’ 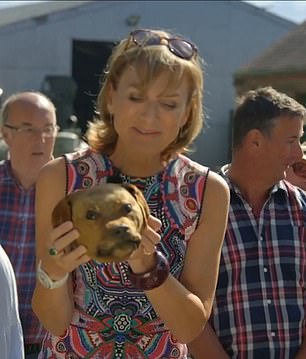 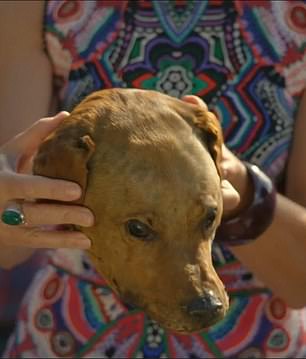 The dog was described by a giggling Bruce as being a hunter who had caught the last man to be hung in Leicestershire. The dog was stuffed to remember the significant event…but left those who saw it ‘horrified’ 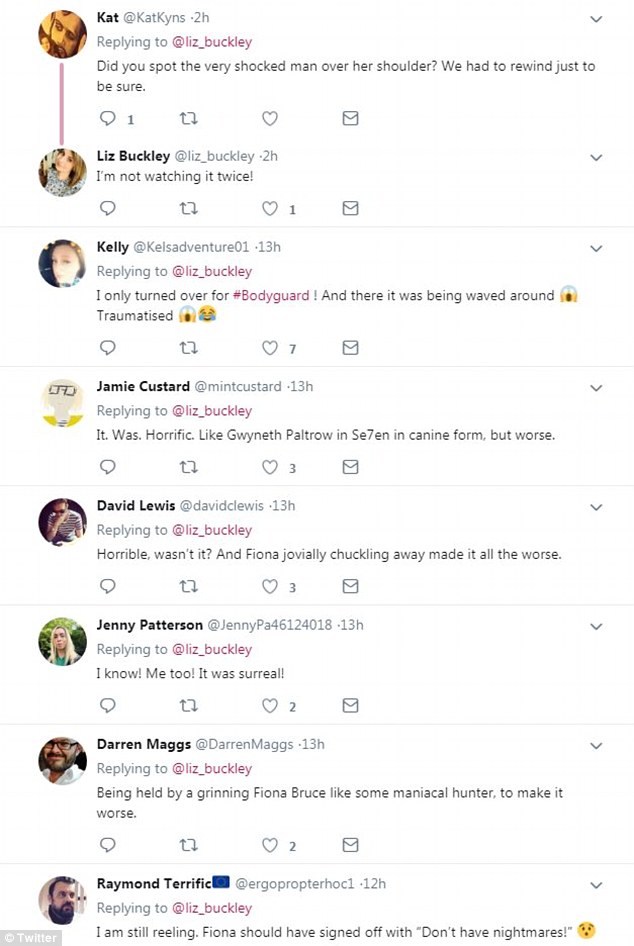 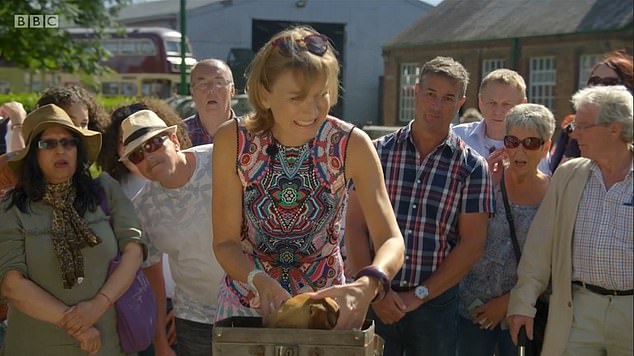 The bystanders looked visibly shocked as Bruce put the dog’s head back in the box. And viewers, many of whom tuned in only at the end of the show because they were preparing to watch political thriller Bodyguard, agreed that it was a sight they weren’t expecting

@paulhutley22 surmised: ‘They must see some bizarre things brought in but this takes the biscuit. Well, it would if it was still alive!

@pennyfizz123 said the idea of stuffing a dog was incomprehensible: ‘I fully understand when people have famous animals stuffed, but to have just the poor dogs head?? It’s awful, who would want to remember their pooch by that? Poor thing.’

Others didn’t enjoy Bruce’s bemused laughter while the dog was in her hands, saying it added to the distasteful moment.

@davidclewis threw in: ‘Horrible, wasn’t it? And Fiona jovially chuckling away made it all the worse.’

Freddie Flintoff: ‘She got the worst of me’ Top Gear host opens up on family struggles

Coronavirus: Mother, 27, dies after giving birth becoming one of the youngest victims

Horoscope today, Saturday April 10: Daily guide to what your star sign has in store for your zodiac dates