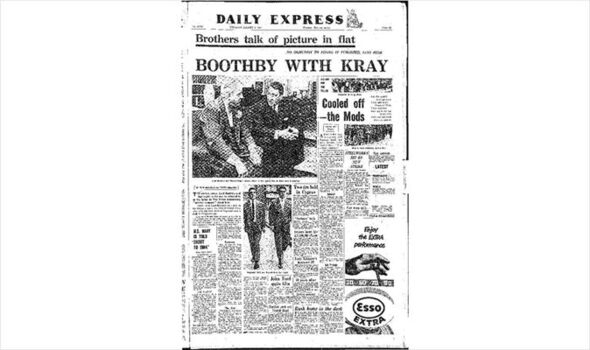 Kray said at his flat in east London that he had made two business calls on the 64-year-old peer.

58 years ago (1964) The bodies of civil rights activists Michael Schwerner, 24, Andrew Goodman, 20, from New York and James Chaney, 22, from Mississippi who had been missing for six weeks, were found buried in a partially built dam.

Some 19 Ku Klux Klan members were charged with their murders but a judge threw out all but two of the cases.

He was overruled by the Supreme Court, leading to the so-called Mississippi Burning trial.

20 years ago (2002) Cambridgeshire police said they were concerned about the whereabouts of Holly Wells and Jessica Chapman, both 10, from Soham, who went missing from a family barbecue.

Their disappearance prompted one of the UK’s biggest ever organised searches.

'I felt ashamed to be a firefighter' after Manchester Arena bombing

Next Level Chef Renewed, Ranks No. 2 Among Fox Entertainment Programs