DC’s Black Adam finished filming, but the post-production team still has a long journey ahead of them. However, Dwayne Johnson saw the first cut of Black Adam, and he liked what director Jaume Collet-Serra has so far. While the character usually poses as a Shazam villain, the antihero looks to dole out some gruesome justice in his solo film. 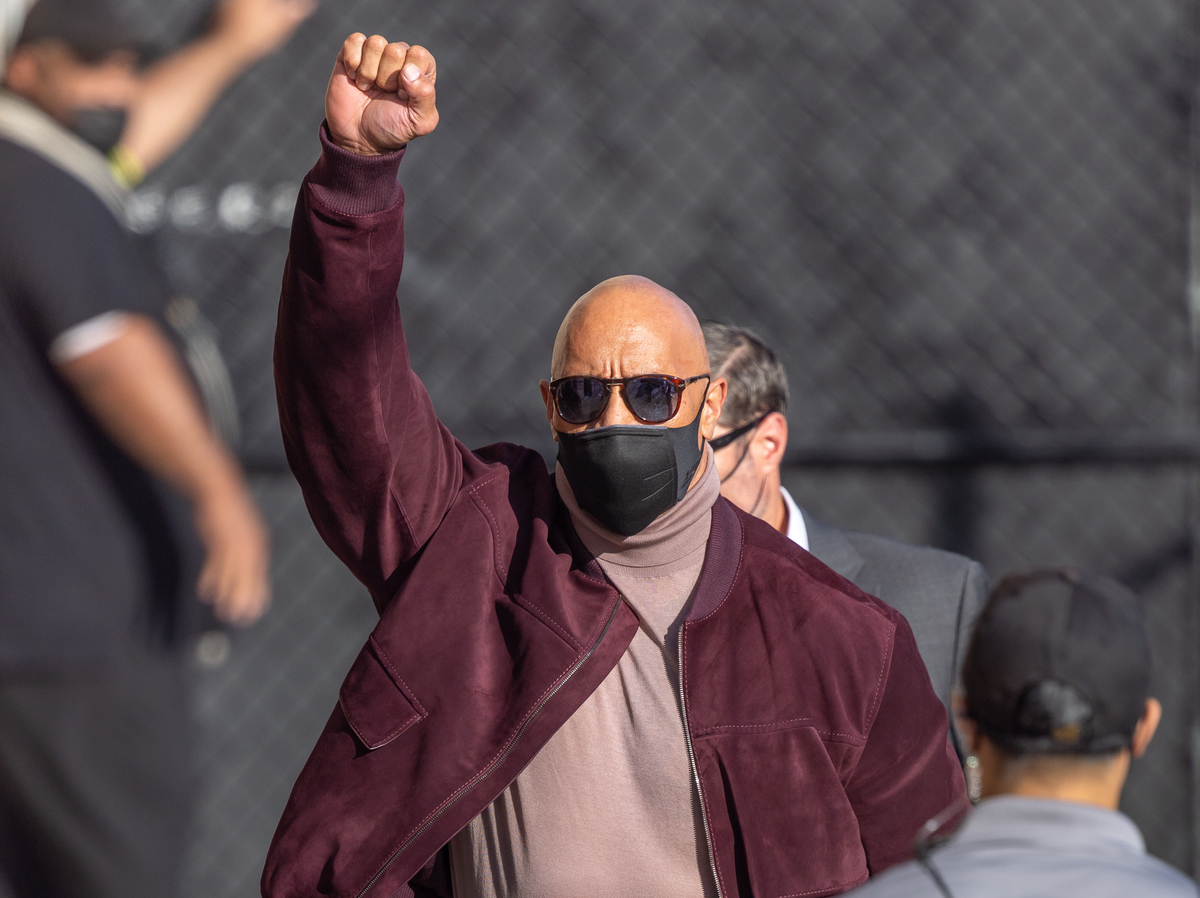 Johnson praised the ambition in the ‘Black Adam’ director’s cut

While Johnson has done several interviews for Red Notice with co-stars Ryan Reynolds and Gal Gadot, they often turn to Black Adam. Rumor said that Johnson saw a director’s cut of Black Adam after filming finished.

“I think we’re in a really good place. I think now’s the time where … we take our time, yet there has to be some expediency to it because we do have to have the movie ready by next summer,” Johnson told Collider. “I think Jaume delivered a great first cut.”

Johnson and Collet-Serra set out to make a movie to shake the hierarchy of the DC Extended Universe.

“You know, Black Adam is the kind of movie that, from [the] beginning, it had the makings and the bones to be something unique. It all started, I think, with the ambition, but then it all started with our director, Jaume Collet-Serra, and I think that he is an ambitious director,” Johnson said.

While many film fans might not know much about the DC Comics antihero, Johnson said that the Black Adam director’s cut helps establish him to audiences.

“At this point of the cut, there is a clear and defining anchor to Black Adam’s code,” Johnson said.

The detail feels vital to Johnson, not just for the Black Adam movie but also for the DCEU itself. One major criticism for the Marvel Cinematic Universe counterpart comes from the lack of coherency. Many fans do not know what DC movies are canon or not.

The Rock is ‘happy, yet not satisfied’ with the DC film

However, while the first cut of Black Adam hits the character well, Johnson knows how much work remains.

“I am happy, yet not satisfied, and we will continue to put the work in,” Johnson said. “And the teaser that we showed about three weeks ago, it was a good indicator of what’s to come.”

He referred to the reveal of the Black Adam trailer during the 2021 DC FanDome event on Oct. 16, 2021. In addition to revealing looks at Black Adam and Shazam! Fury of the Gods, it also introduced fans to Robert Pattinson’s The Batman.