A campaigner has called for a boycott of Asda over its 30p charge for plastic carrier bags, claiming it has affected his mental wellbeing.

Stephen Evans, 37, claims he was spending £1.80 per week on the Asda bags and has now refused to shop in the supermarket giant’s stores due to the cost.

Mr Evans, from Ashton-Under-Lyne, Greater Manchester, who is unemployed but volunteers for a charity, is calling for other shoppers to shun the supermarket in the hope they will ‘stand up and listen’. 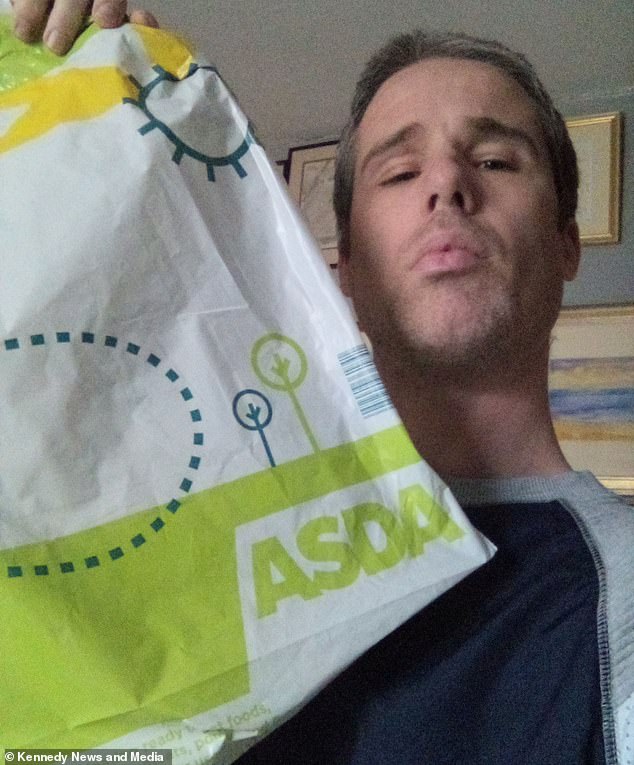 Stephen Evans, 37, from Ashton-Under-Lyne, Greater Manchester, has called for a boycott of Asda supermarkets after claiming the 30p carrier bag charge has affected his mental health

Stephen, who has previously teamed up with Greater Manchester mayor Andy Burnham to campaign against knife crime and homelessness, began his boycott on November 3 after 15 years of being a loyal customer when he calculated how much he spent on plastic carrier bags every year.

He argued the charge for the bags has caused his mental health to suffer as the cost of living bites and he and his family struggle to get by.

Stephen said: ‘I’ve been to the doctors, and I got a sick note because I’m just so stressed with it all.

‘I said that I’ve had enough, I can’t afford to live as it is.

‘I’ve been signed off for depression now because of this and a few other things going on. But this just made it worse.’ 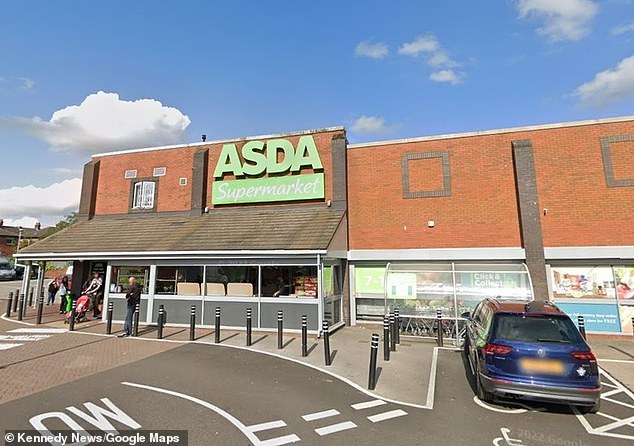 He added that, as purse strings tighten, the charge for carrier bags is money he can’t afford to waste.

‘We get about six bags when we do our shopping, and it all adds up at the end of the month.

‘If I get a big shop from Asda and have to get a taxi home, that’s an added £5. If I’m paying all that for six bags, then it all adds up.

‘If you’re spending that much money on bags, and you’re going every single week, that money could be used to pay gas or electric. I’d rather put it towards electric.’

Asda’s 30p price is matched by rivals Sainsbury’s and Tesco, however Aldi and Lidl are both cheaper at 25p and 20p respectively and Morrisons have maintained theirs at just 10p.

Stephen said: ‘If we all stop shopping there, they’ll have to stand up and listen – or they’ll lose their money.

‘If Asda want a fight on their hands, they’ve found the right one to do it with. I’m not quiet when it comes to pushing things.’

Stephen has not taken his decision lightly and explained he has emailed the supermarket giant to complain about the issue twice, but claims he has received no response.

The shopper took to Twitter and called the supermarket out for their ‘ludicrous’ bag prices, urging struggling families to avoid the superstore, mentioning the ‘distress and anxiety’ he has experienced as a result.

Stephen also invited the Manchester mayor into British Heart Foundation where he was volunteering at the time to discuss tackling homelessness and landfill waste.

Now Stephen wants other Asda customers to ‘boycott’ the chain ‘until the big bosses take notice’.

Stephen said: ‘It would definitely impact families. It impacts me, and I’m single. So, for those in a family, it must be twice as tough.

‘I want them to go back the way they used to be. There shouldn’t be a cap on how much you can buy [from the Just Essential range], and the bags should go back down to 20p.’

A spokesperson from Asda explained that the idea isn’t for customers to buy new bags every time they go shopping. The 30p bags are intended as ‘bags for life’ and they will replace any that break free of charge.

However, the cost-of-living activist has made it clear that he will not be setting foot in the supermarket until Asda ‘takes notice’ and adheres to his demands.