I like to think I make a pretty mean cheeseburger. Of course, I’m no culinary expert. But, for a homemade burger I’d rate it a 9 out of 10. While I give myself pretty high marks, Carl’s Jr.’s new Bacon Truffle Burger is giving my home-cooked patty a serious run for my money. You may not usually associate fast food restaurants with gourmet burgers, but this sounds like it’s one for the books.

Before I go any further, I want to explore this fancy cheese sauce a little more. The white cheddar sauce is infused with truffle oil, which is what gives it a "deep, rich, and savory flavor," according to the press release. Yes, please. But, the flavor doesn’t stop there. The white cheddar truffle sauce also has notes of garlic, toasted onion, and aged parmesan, per Carl’s Jr.

The elaborate Bacon Truffle Angus Burger also comes topped with two-slices of Applewood smoked bacon, crispy onion strings, Swiss cheese, caramelized onions, and mayonnaise on a soft bun, according to Carl’s Jr. TBH, I’m not much of a mayo person, so I’ll definitely ask to hold the mayo when I place my order, but I’m still sold. Other than that, this burger sounds fantastic. So, how much will this one set you back? It’s not too bad. Per Carl’s Jr., the Bacon Truffle Angus Burger starts at $5.99, with prices varying by location. 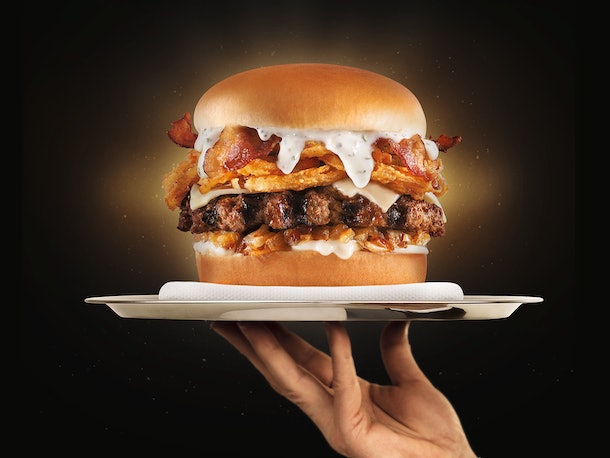 Now, I want to jump back to that decadent, premium white cheddar truffle sauce that comes with the burger. Imagine that on top of fries but sprinkle on some bits of bacon. Doesn’t it sound heavenly? Well, you don’t have to dream because the second new menu item from Carl’s Jr. is Bacon Truffle Cheese Fries.

Before I tell you more about them, I need to get some bad news out of the way first. The Bacon Truffle Cheese Fries will only be around for a limited time, meaning you won’t be able to find them on the menu forever. So, eat now or forever hold your peace.

Anyway, as you may have guessed, the Bacon Truffle Cheese Fries are made with Carl’s Jr.’s crispy, natural-cut fries. Then, a healthy dose of the truffled-infused white cheddar sauce is slathered on top. To finish the hearty side, pieces of Applewood-smoked bacon are placed on top. Per Carl’s Jr., the Bacon Truffle Cheese Fries will start at $2.79 each. The price may vary depending on which store you visit. 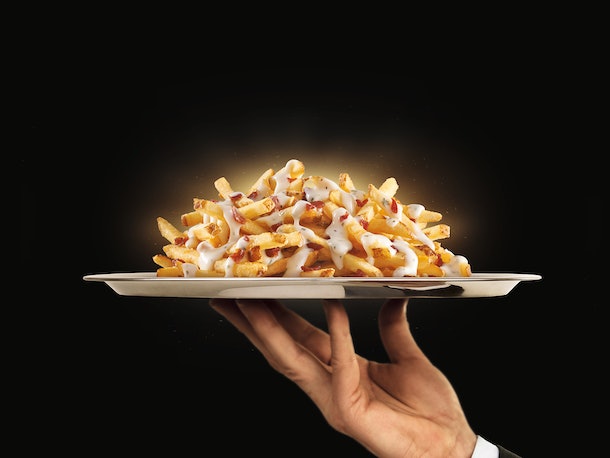 Are you hungry yet? Yep, me too. You can stop by any participating Carl’s Jr. location starting on Wednesday, March 27 to try these two new menu items.

Before you get your grub on, make sure to grab some napkins. You may want a bib, too, before you dive in, but hey, no judgement. I don’t like to get messy when I eat, but I’m willing to make an exception for the new Bacon Truffle Angus Burger and Bacon Truffle Fries.

Everything we know about Harry & Meghan’s new biography so far

Covid lockdown UK: Hair salons will open for up to 18 hours a day

Bodyguard viewers are struggling to keep up after complicated penultimate episode

Meghan Markle's pal Omid Scobie shares appeal for boy, 19, who vanished a week ago after telling mum he was 'struggling'