Hello again, Henry Hart! Jace Normal returns just when the Danger Force need him most in this EXCLUSIVE preview of the November 13 premiere of ‘Danger Force.’

The second season of Nickelodeon’s Danger Force is kicking off with a four-part event on November 13 at 8 p.m., featuring the return of Jace Norman as Henry Hart/Kid Danger. Our EXCLUSIVE preview begins with a KLVY breaking news report. Anchors Fred and Mary “don’t know what happened because they were knocked unconscious.”

Rick Twitler has left two mysterious notes for Captain Man and one on Drex’s hand. When Fred and Mary woke up, everyone was gone. Thankfully, there’s video footage to help fill in the blanks. Rick Twitler has taken ShoutOut and Volt to an undisclosed location. 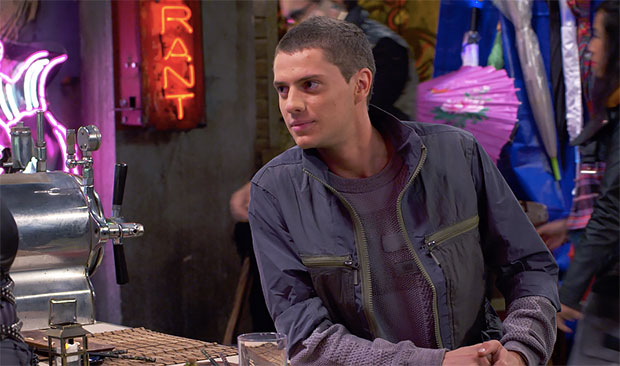 Back at the Man’s Nest, Captain Man tries calling Henry, but he’s not answering. However, Henry does answer when Schwoz and Brainstorm call him. Henry is busy on Dystopia flirting it up with a woman named Gemma.

AWOL doesn’t want to waste any more time. He heads to Dystopia to grab Henry. AWOL tells Henry that they have to go now, but not before he tries to make a move on Gemma.

Volt and ShoutOut wake up on the roof of Nakatomi Tower. Rick Twitler is there doing evil-y things. Drex shows up and nearly throws Twitler off the roof until Twitler tells him that he could give him “revenge on Henry Hart.” That makes Drex pause. Twitler reveals to Drex that Henry is probably at the Man’s Nest right now.

And he’s right. AWOL brings Henry back to the Man’s Nest. Captain Man starts to fight with Henry over not answering his calls, and no one is able to get a word in. The chatter continues, and the rest of the group just lets them yell it out. 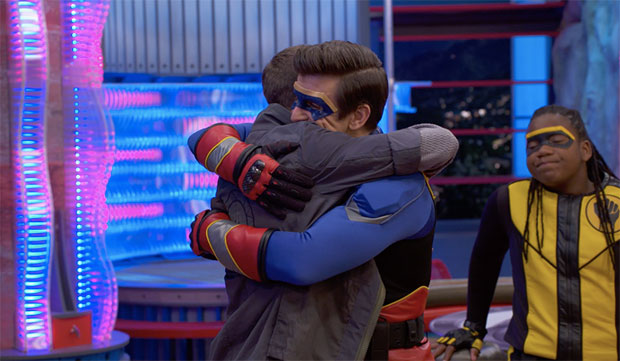 The synopsis for the premiere reads: “Throughout the four-part premiere, the Danger Force — Captain Man (played by Cooper Barnes), Schwoz (played by Michael D. Cohen), Chapa (played by Havan Flores), Miles (played by Terrence Little Gardenhigh), Mika (played by Dana Heath) and Bose (played by Luca Luhan) — is faced with the return of villain Rick Twitler (played by David Blue). Using his evil plan, Rick control’s Mika’s mind through a virtual reality game and attempts to use her powers as a way to destroy the internet. Henry Hart returns from Dystopia in an attempt to save his friends and stop the anti-internet cyborg for good.”

Disney's 'Peter Pan and Wendy' Has Started Production in Vancouver