The historic reading is just a small part of a massive, intense and long-lasting heat dome smothering the West Coast, that will continue to get worse through Tuesday. 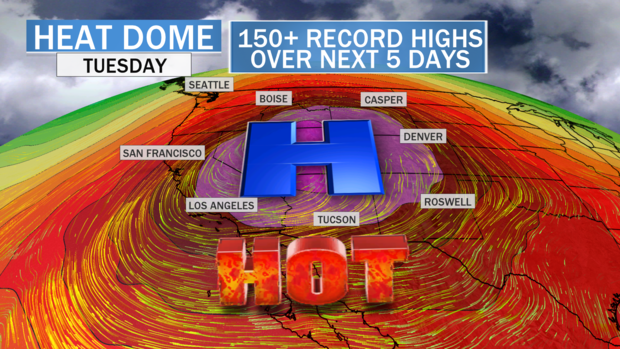 The highest temperature ever recorded on Earth was also observed in Death Valley — 134 degrees Fahrenheit in 1913. However, many experts contend that temperature reading, along with various other temperatures recorded that summer, was likely an observer error.

A 2016 analysis by Weather Underground historian Christopher Burt revealed that other observations from the region in 1913 simply do not square with the Death Valley reading.

Because of the unique landscape and meteorology, the daily readings from the various observation sites in that area of the desert Southwest are almost always in lockstep with each other. But during the week the all-time record was set in 1913, while other sites were around 8 degrees above normal, the Death Valley readings were 18 degrees above normal.

In 1931, a record-high temperature for Africa was recorded in Tunisia at 131 degrees. However, according to Burt, this recording, and many others in Africa from the colonial period, has “serious credibility issues.”

Because of these discrepancies, experts say the hottest temperature ever “reliably” recorded on Earth is 129.2 degrees, from 2013 in Death Valley. That is, until now. Assuming no abnormalities are apparent, Sunday’s reading will likely be accepted. It seems the reading is not suspect, but if there is reason for skepticism, the National Weather Service or World Meteorological Society may choose to conduct a review.

The current heat wave is certainly not limited to deserts. Record-breaking heat extends from Arizona to Washington state. Throughout the coming week, more than 100 temperature records are expected to be challenged. On Saturday, several cities recorded all-time high August temperatures. 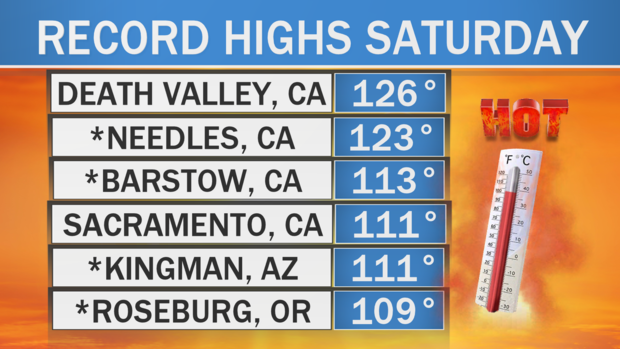 The peak of the heat wave will be Monday and Tuesday, and then the dome will weaken a little as it shrinks back into the Southwest. But while temperatures may drop just a couple of degrees, the blazing heat will likely continue in California and the Southwest for the next 10 days. 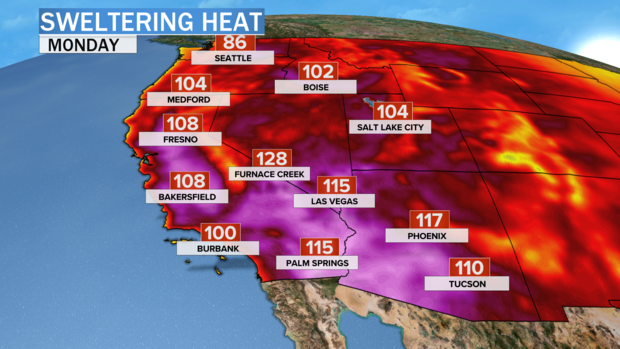 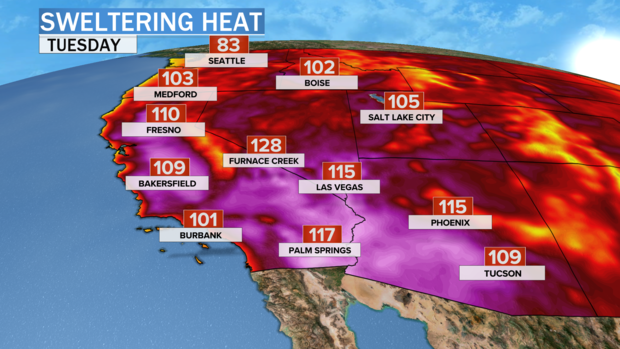 Phoenix, Arizona, is right in the middle of this current heat dome, but even before that it was exceedingly hot. This summer is already the hottest on record for the desert city. By Thursday, Phoenix is expected to see its 44th day this year of at least 110 degrees. That shatters the 2011 record of 33 days. 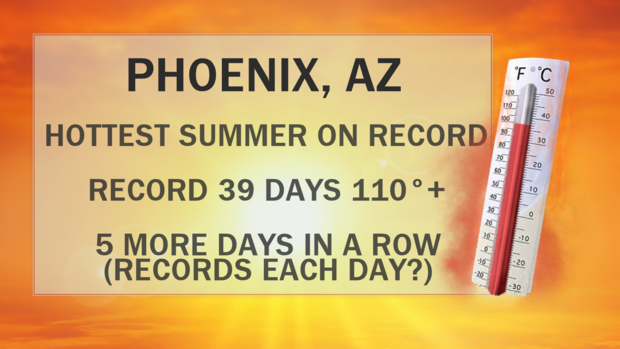 The scorching heat is helping to ignite and spread various fires in the West. Hot weather dries out the air and brush, making it easier for fires to ignite and spread. Since 1972, there has been an 8-fold increase in summer forest fire extent. A recent study from Columbia University found that dry conditions in the West have also contributed to a Megadrought that has been going on since 2000, making it perhaps one of the worst in 1200 years.

Over the past few of decades, heat waves have become more intense, according to various studies. One study released earlier this summer found that, since 1950, heat waves globally are getting significantly more frequent, lasting longer and producing more cumulative heat — making populations more vulnerable to heat stress.

According to Climate Central, the Western U.S. is warming the fastest of all the regions in the continental U.S. Some areas have warmed 3 to 5 degrees during summer just since 1970 due to human-caused climate change. That means heat waves start out at a higher baseline  and heat domes have more cumulative heat to concentrate, pushing heat waves into uncharted territory. 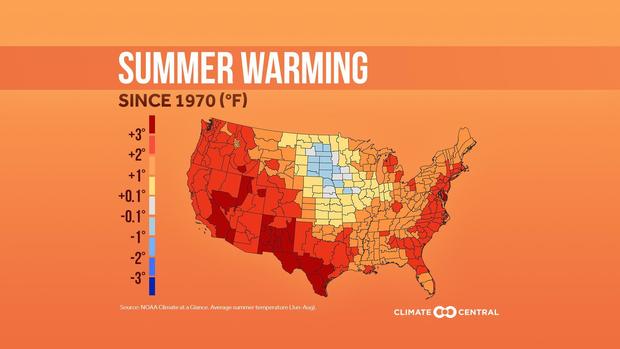 As a result, Palm Springs, California, now averages 14 extra days per summer with high temperatures of at least 110 degrees Fahrenheit. 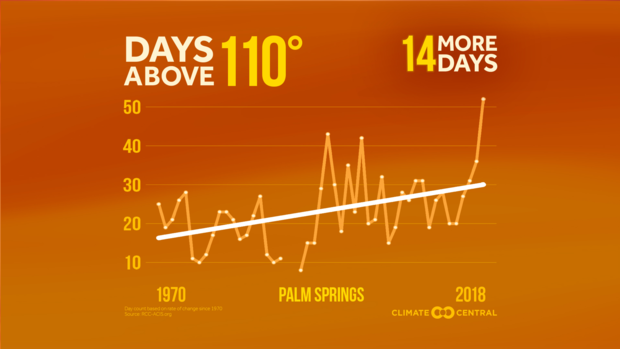 Scientists say this heating trend will continue to become more intense as long as heat trapping greenhouse gases continue to be released through the burning of fossil fuels. In fact, computer models project that heat index days above 100 degrees in Texas will triple from 40 days before the year 2000 to 130 days by the end of the 21st century.